CATCHING UP WITH SKYLER HOWES: THE WRAP

After years of struggle and sacrifice, Skyler Howes is now a factory rider. He was hired by the Rockstar Husqvarna Rally team after two consecutive top-10 finishes in the Dakar Rally as a privateer. His first FIM international event was the Rally Kazakhstan, where he won two stages but was penalized after a mousse failure took him out of contention.  From there, he went straight to Spain to prepare for the Silkway Rally in Russia on July 11. I managed to get ahold of him for a few questions this week:

Q: What’s it like to ride for a factory team?
A: It is really really nice and to be honest, I feel right at home here. The team works really well and they listen to all of us really closely. So when it comes to testing and training they are definitely giving us the tools that we need. In my point of view, anyway. I had a friend tell me that “you always had to do more with less” so now to have all of the tools and support available and to just get on the bike and do my job is such a good feeling. And to not have to worry about logistics is such a huge relief, the riding and the equipment was one thing but not having to worry about entries, travel, and information about events is a big weight off my shoulders. 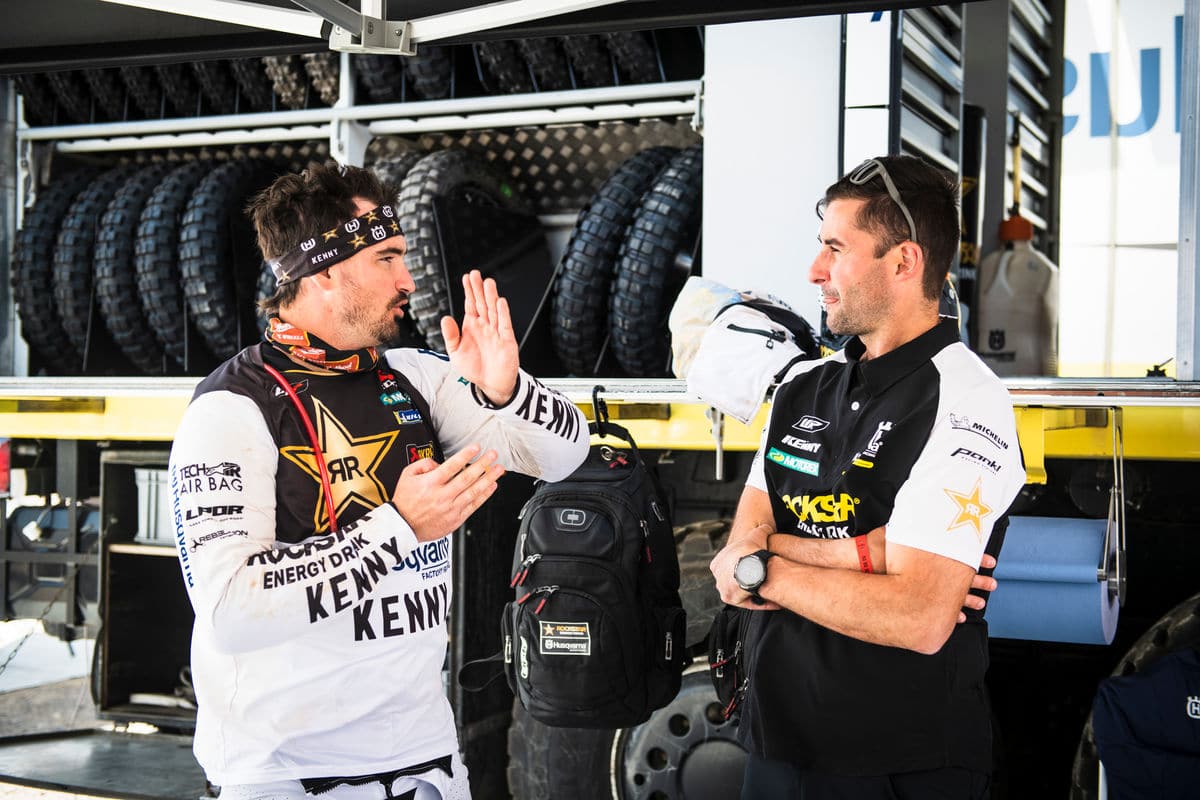 Q: How the heck do you get to Kazakhstan?
A: Getting to Kazakhstan was honestly the worst part of the whole deal! The travel restrictions and COVID regulations that different countries have is such a huge pain. So we flew to Munich, where the whole team met, hopped a flight to Warsaw, Poland and after a nine-hour wait there, the organization booked a charter flight for pretty much the entire event. We landed in Aktau, Kazakhstan at 4 a.m. and proceeded to wait in a seven-hour line to get all of our visas into the country. Some people had some typos on their passport application and ended up getting stuck at the airport for like two days before they got released to the event, it was so insane. [Then] getting home the flight was four hours late from Aktau so we missed our connection, had to spend an extra night in Poland, and the next morning our COVID test had expired by two hours so we missed our next flight getting a new test. Such a disaster. 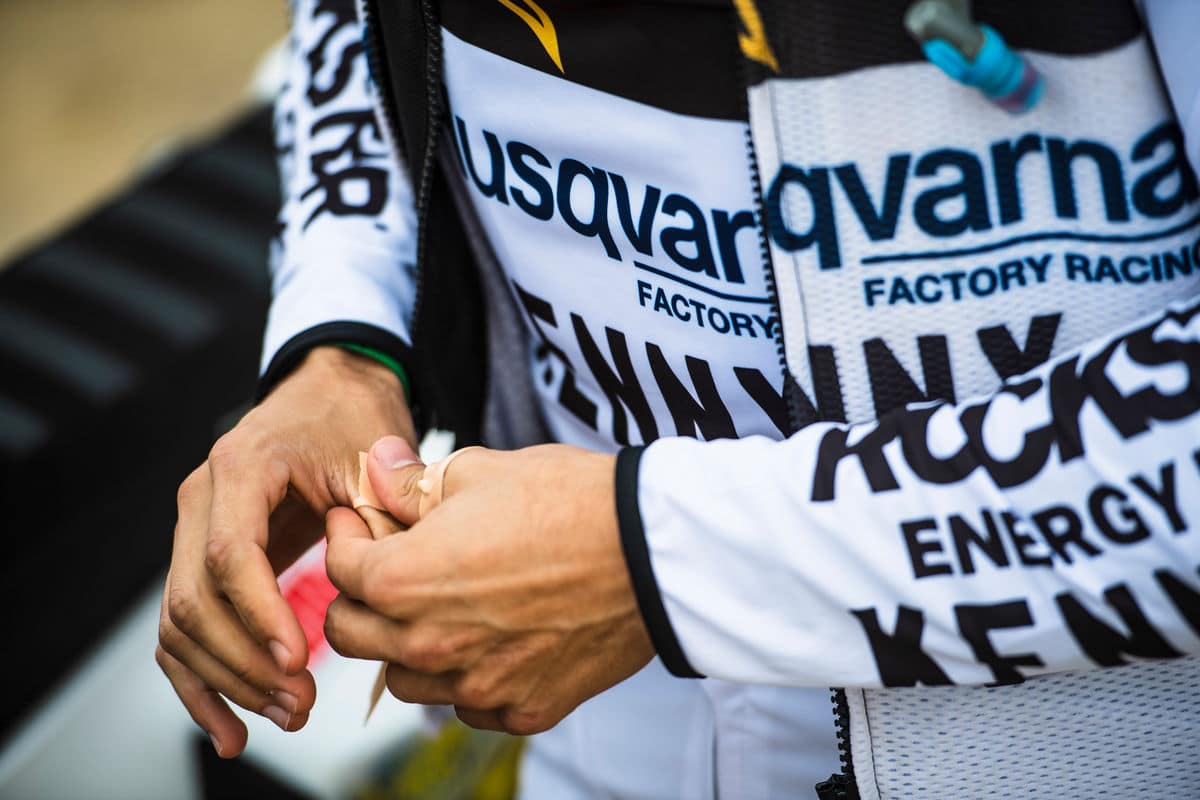 Q: How important are the FIM rallies to Rockstar Husqvarna?
A: They are for sure important. The team puts a huge amount of money and effort into the world rounds. At the end of the day we want to be world champion and the Dakar champion. However, my deal is based around Dakar so all of the world rounds are training for Dakar if you want to look at it that way. But for me, when the helmet goes on, I race to win. 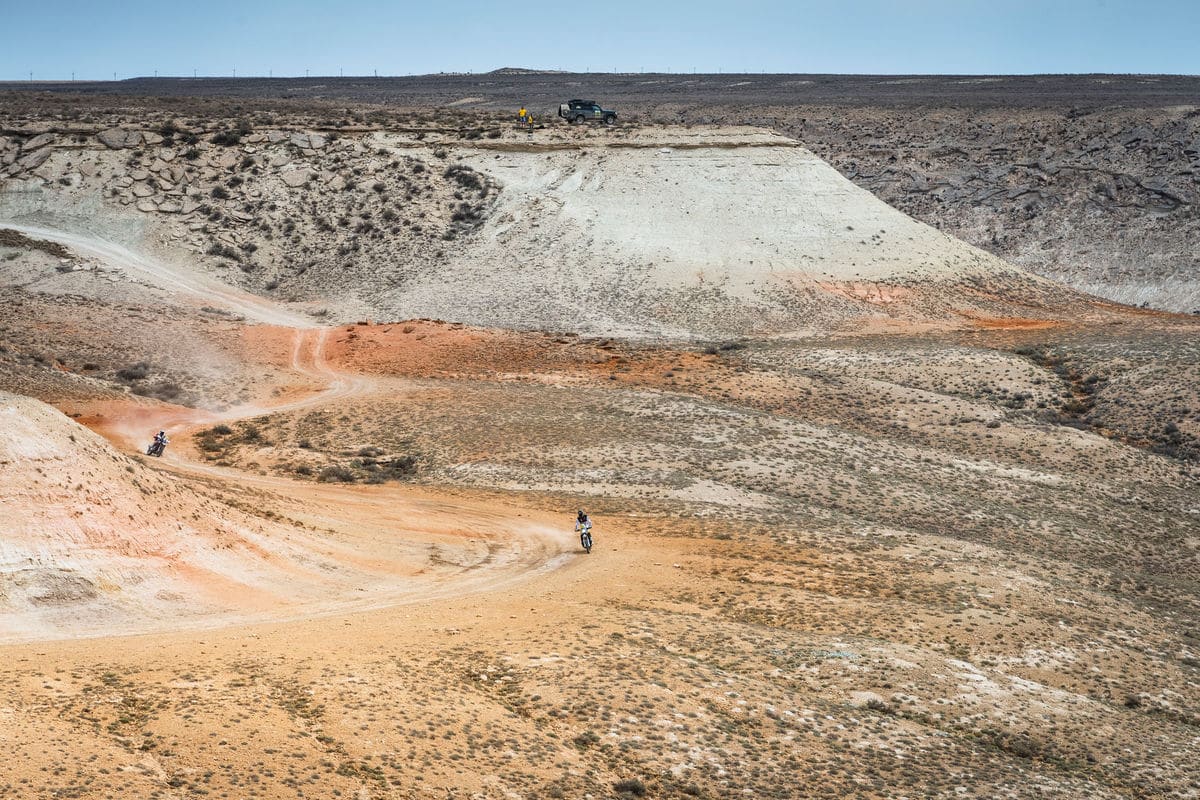 Q: Your tire failed in the second half of a marathon stage where no team assistance is allowed. Was that a factor?
A: Yeah honestly the bike was like new I thought. My tire was still in really good shape and the mousses were still quite firm. My air filter wasn’t even dirty! Plus the next day I was leading out so I knew my pace would be a little slower than the day before, really making sure that I have the navigation right. I didn’t think the tire would be an issue at all. Rally requires a lot of luck, and this one I think I just drew the short stick. Because everyone came in on super soft mousses or completely shredded tires. Matthias Walkner and Ross Branch were able to finish the special but had completely disintegrated mousses and had to ride the liaison back on the rim. So the fact that I DNF’d the special less than 20km from the finish is just unfortunate considering I just had the same failure as everyone else–just too early. There’s always the “what if.” Looking back, I think the only thing I could have done differently is figure out a way to strap the tire to the rim to protect it for longer. The tire started to shred and would get bound up so I stopped and took it off. But as far as making the tire/mousse last longer, I couldn’t have done anything different besides just go slower and conserve better on the high speeds. Now I know.

Q: What are your goals for the rest of the year?
A: Even though this is my “building year” with the team, it started off really good with some good stage finishes at Kazakhstan. And right away we were able to find a bike setting that I’m really happy with. Maybe I’m just a rookie to this factory thing, everything they give me will be the best thing I’ve ever ridden so I’m happy either way. We have a few more world rounds left to compete in as well as a few testing/training days scheduled so the game plan is to continue to build, to get my settings as best as they can possibly be and hopefully make up enough points to get the world championship. But, overall the ultimate goal is a good Dakar.