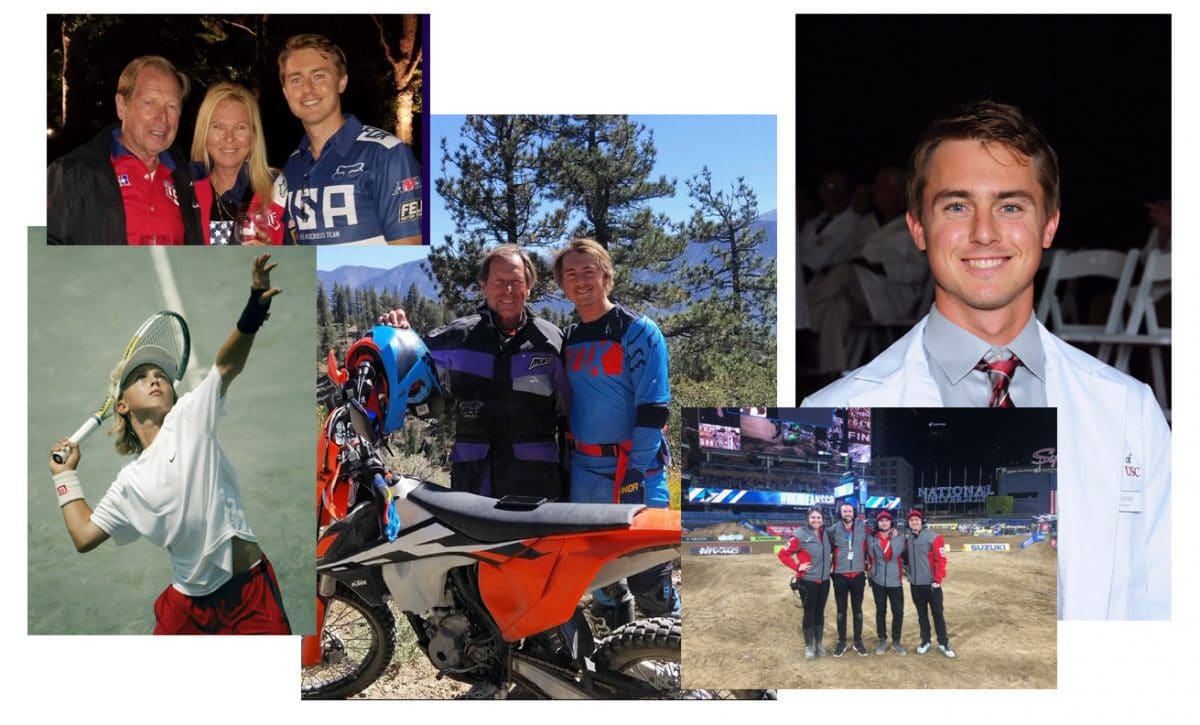 Last week we looked back at a column Roger DeCoster wrote for Dirt Bike Magazine back in 1993, when his third son Mika was born. We decided to call Mika today, and see what he’s been doing with himself for the last 27 years.

IT SOUNDS LIKE YOU’VE BEEN BUSY THE PAST FEW MONTHS

In May I graduated medical school. It’s called the Keck School of Medicine at USC, and a couple weeks ago I started my family medical residency at Kaiser Orange County. I’ll be predominantly at the hospitals in Anaheim and Irvine.

WILL YOU BE GOING INTO A SPECIALTY?

Family med is a specialty in itself. I’m interested in doing another year and then moving into sports medicine. So that would be a one-year fellowship. If I did that, I would be done in four years total and I’d have all my training done.

YOU WERE AN ATHLETE IN COLLEGE, RIGHT?

Yes, I played tennis in college and pretty much all my life. I wanted to play professionally. That was my goal growing up. I was doing pretty well until my mid and later teens and then a lot of injuries caught up with me. I had a number of knee problems and wrist problems that continued through college. That’s partially what pushed me to go the medical route. I was exposed to a lot of that.

DO YOU STILL PLAY?

I had more surgery a year and a half ago. It was pretty extensive involving bio-cartilage implantation procedures. Now it’s getting better, but not to the point where I’m playing tennis. I’ve picked up other hobbies–mountain biking and surfing and things that are a little easier on the knees.

DO YOU HAVE ANY INTEREST IN DIRT BIKES?

Of course, I’ve always been around it . I used to ride when I was very young, but I got serious about tennis pretty early. Then I focused on that until I was almost 20, and I had to reduce risk of injury. After I stopped tennis and didn’t have to worry about getting hurt, I started riding again. I love it. Just mellow trail riding up at Big Bear. I go with my dad. I really enjoy that.

YOU GOT YOUR DAD OUT RIDING?

Yeah,  about the only time he goes riding any more is when we go together. I still go to the races and I’ve done a little volunteer work with the Alpinestars Medical crew as well.

DO YOU CONSIDER YOURSELF A FAN?

GROWING UP, WHO WAS YOUR FAVORITE RIDER TO WATCH?

I think growing up it was probably Ricky Carmichael. I was a big fan of his. He seemed like someone who wasn’t the most naturally talented of all the guys. But with work ethic he was really able to grind it out. Travis Pastrana was working with my dad for a while, and I got to know him a little. He went the freestyle route and it was fun to follow him.

DO YOU HAVE ANY PLANS TO BE INVOLVED WITH THE KTM OR HUSKY MX TEAMS?

I’m more of a casual fan. I’ve volunteered on the medical side of things, but that’s for all riders. That’s through Doc Bodner. I was there at San Diego and Anaheim this year, working with the track medics. A lot of those guys are big race fans and like being a part of it. Right now I’ll be in residency so I’m not going to have a lot of time to travel to the races. I’ll have to work on weekends. But I’d like to stay as close to it as possible and watch everything I can.

YOU CAME OUT OF SCHOOL IN THE MIDDLE OF A WORLD WIDE MEDICAL CRISIS. HAS THAT AFFECTED YOUR PLANS?

It had a little impact on the end of my fourth year of medical education. I was working in a country emergency room in L.A. at the county hospital.That was right at the beginning of March. That was when things started to get busy with Covid. Eventually they decided to take the medical students and non essential personnel out of the hospital, so I had to take my last three weeks of medical school on line. Now we’ll be dealing with Covid at in-patient locations. It will be impacting the practice we have. There are a lot more telephone visits. People are trying to avoid unnecessary exposure as much as possible. It hasn’t impacted me greatly so far, but it’s another thing we’re all learning about. 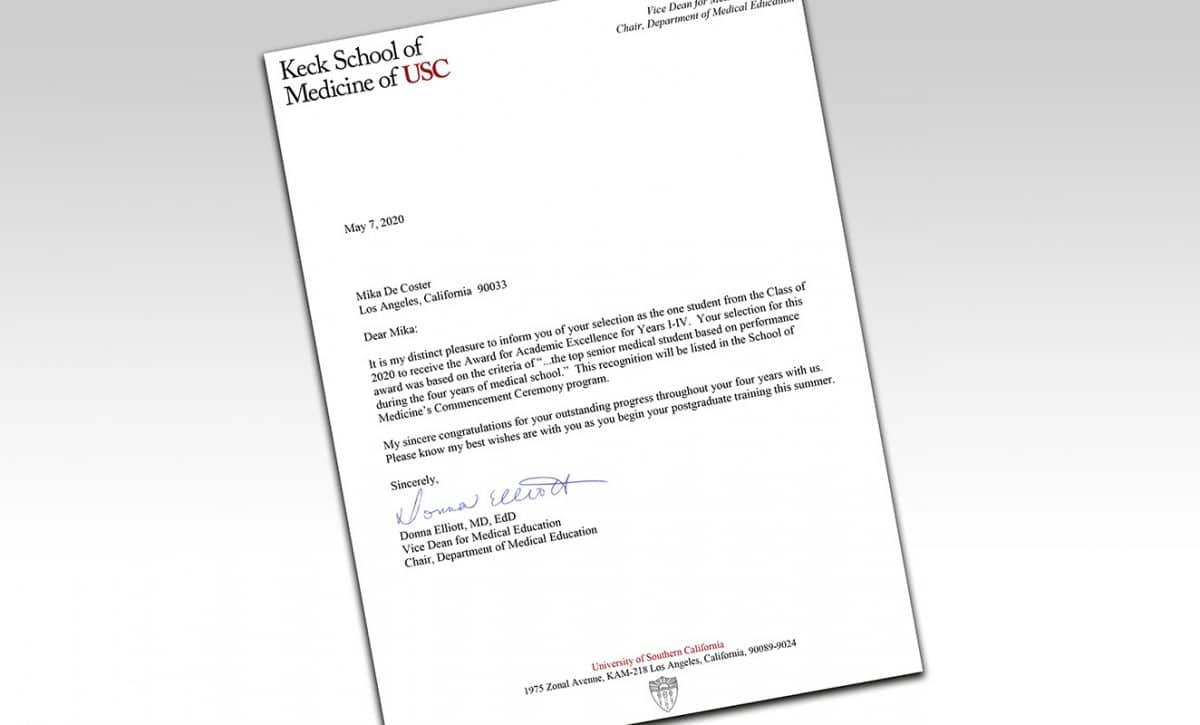 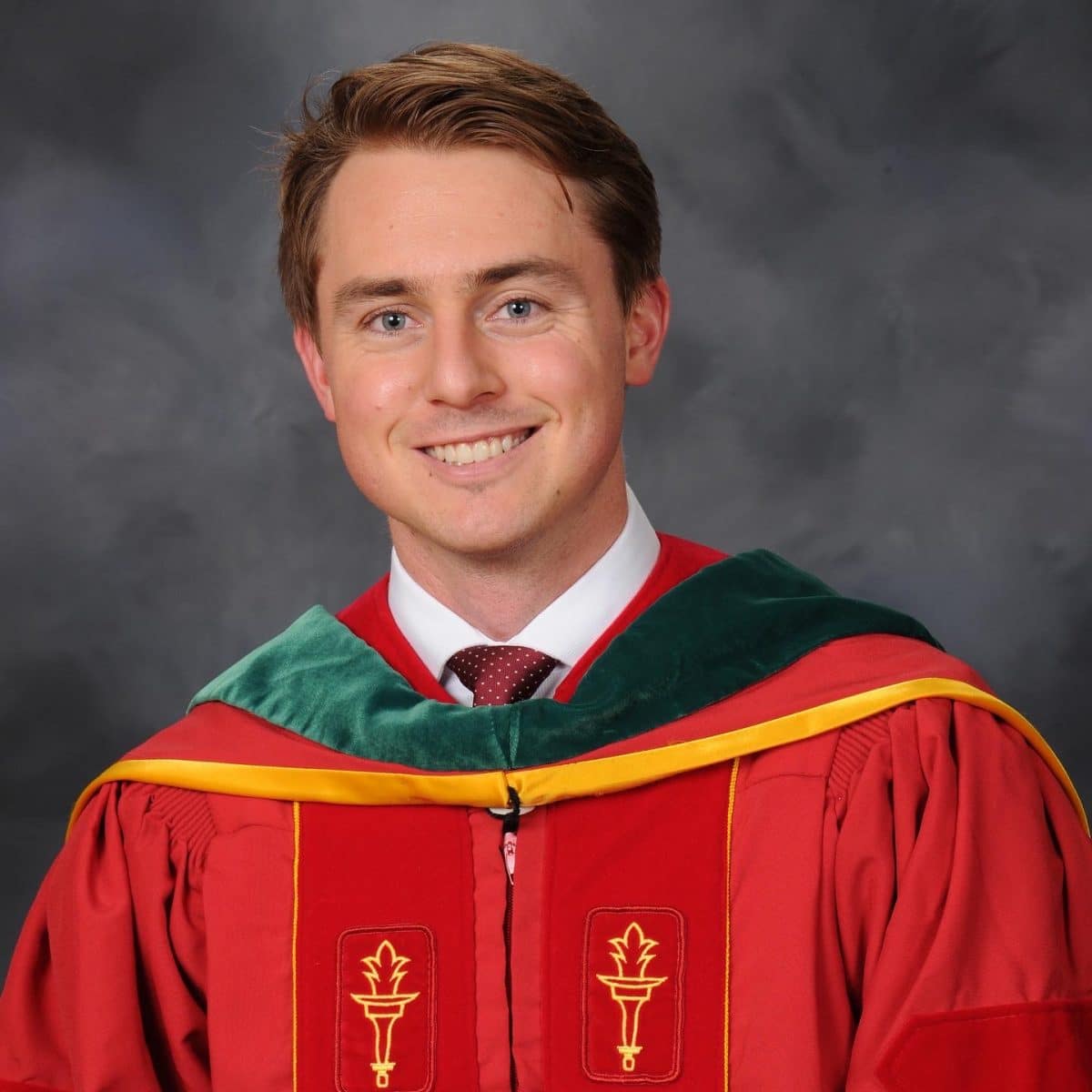