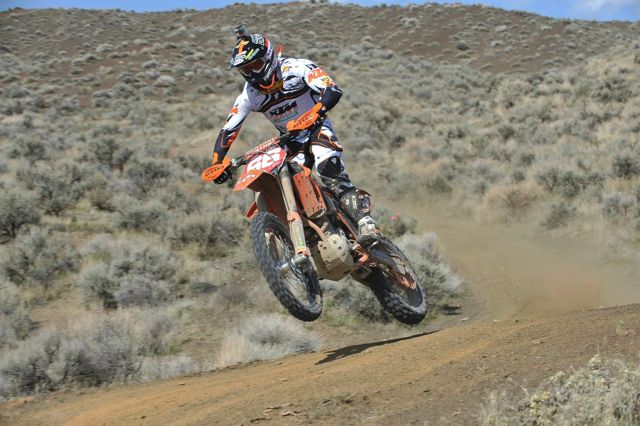 Murphy, ID – Factory FMF/KTM rider Kurt Caselli remains undefeated in the 2012 AMA National Hare & Hound Series after capturing another win at the third round of the series held in the Owhyee Desert in Murphy, ID.

Caselli took the early lead and checked out on the group to take his third victory. “I was lucky enough to get the holeshot and quickly stretch my lead. Since I was out front, I didn’t have to deal with any of the dust and I had a fun and relaxed race,” remarked Caselli.

He continued, “The promoters did a great job of laying out this course. It was clearly marked and had a lot of tight single-track sections that made the race very technical and fun.”

Caselli will now return to his home in California where he will continue to train in preparation for the next round where he hopes to make it four in a row.