Caselli Back on Top at Jericho Hare & Hound 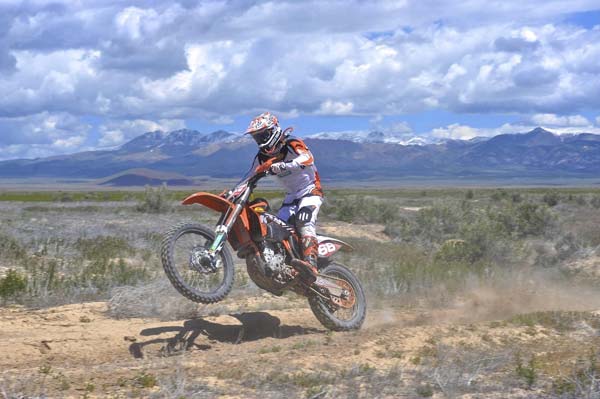 Caselli Back on Top at Jericho Hare & Hound

This race marked the second race in the Jericho area this season. At the prior round conditions were completely different. Caselli proved that he can emerge the winner no matter what conditions were presented. At the first Jericho round riders competed in below freezing temperatures with snowfall throughout the day. In this weekend’s round Caselli reported that the race conditions were perfect.

“The temperature was perfect and the track was great. I definitely enjoyed racing here today much more than the previous round,” remarked Caselli.

Caselli was in 2nd place as the riders came to the end of the bomb and quickly passed early leader Kendall Norman. Halfway into the first 65 mile loop Norman and Destry Abbott were able to get around Caselli who was suffering with a little bit of arm pump. Caselli was able to get back around Abbott as they came into the first gas stop where he got the report that he was about one minute behind Norman.

In the second loop, 35 miles in length, Caselli was able to reel in Norman and passed him after Norman got squirrely and ran off course. Once out front, Caselli began to pull and finished approximately one minute ahead of Norman who went on to take 2nd place.

Caselli has managed to earn five wins out of the seven races so far this season and is hoping to wrap up the Championship at the next round which will be held in Johnson Valley, CA on October 9, 2011.