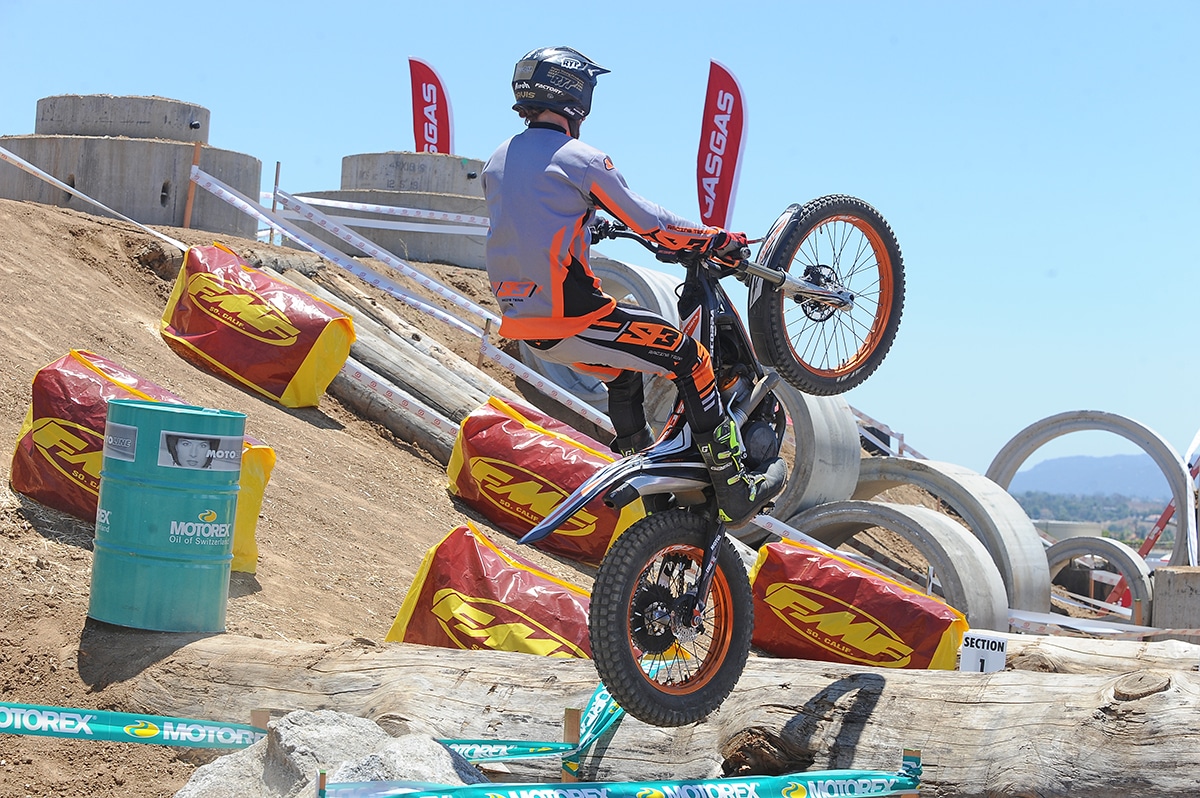 Over the weekend GASGAS presented their first annual California Trials Invitational at their new U.S. home at the KTM facility in Murrieta, California in the shadows of the KTM Supercross and EnduroCross tracks that they have on property.  The event came to fruition when all trials competition was shut down due in the U.S. to the Covid-19. The GasGas press release said “We believe in supporting the sport of Trials and motorcycling, and due to Covid-19, the sport of Trials has been put on hold until Fall 2020. With this invitational event, we are providing competitors with a unique place to compete, while adapting to the new safety guidelines of Covid-19.”

The invitational brought  a host of the top riders, both men and women to the event including Josh Roper, Alex Nieder, Karl Davis, Alex and Will Myers, Sam Fastle, and Daniel Blanc-Gonnet and Maddie Hoover, Louise Forsley, and Kylee Sweeten representing the women’s trials athletes.

The course consisted of five man made sections designed by Ten-time Trials champion Geoff Aaron. The riders had to complete three loops around the five-section course, proving to get more difficult through the day as the course deteriorated.

On the first loop Louise Forsley and Maddie Hoover were extremely close in points as Kylee Sweeten struggled to get the feel for the course. The first loop is usually the most difficult as you’re getting to learn the sections. On loops two and three Louise Forsley proved to be getting more comfortable with the course as she was the only women rider to ride through all five sections and this is what set her apart from the competition. It was a great battle and effort by all the women throughout the day, but in the end, Louise Forsley held on to take the win followed by Maddie Hoover in second, and Kylee Sweeten putting in a strong ride and effort for third.

The men’s Pro class was an incredible battle all day long. All of the riders were able to put in solid rides on sections that others could not clean. Karl Davis had the least amount of points dropped after the first loop while Josh Roper and Alex Nieder followed close in pursuit. Brothers Alex and Will Myers battled with Daniel Blanc-Gonnet and Sam Fastle while the top three riders kept gaining momentum and continued to check out on the rest of the riders. Several crashes by these four riders led to a big difference in points from the top three riders.

On loops two and three Josh Roper turned up the heat on Karl Davis and took over second from Alex Nieder as he made a few costly errors. But Karl Davis’ very clean first loop and solid riding all day wasn’t enough for Josh Roper to real him in considering Josh was the only rider to clean the final section on the final loop, something none of the other riders accomplished. It was a tough break for Sam Fastle who threw a chain on the final section and was putting in a solid ride in battle with Daniel Blanc-Gonnet. At the end of the day Karl Davis held on for the win, followed by Josh Roper in second and Alex Nieder in third.

We’re happy to see GASGAS do such a great job on an organized event like this and hope this will help grow the sport of Trials with more industry support and coverage. 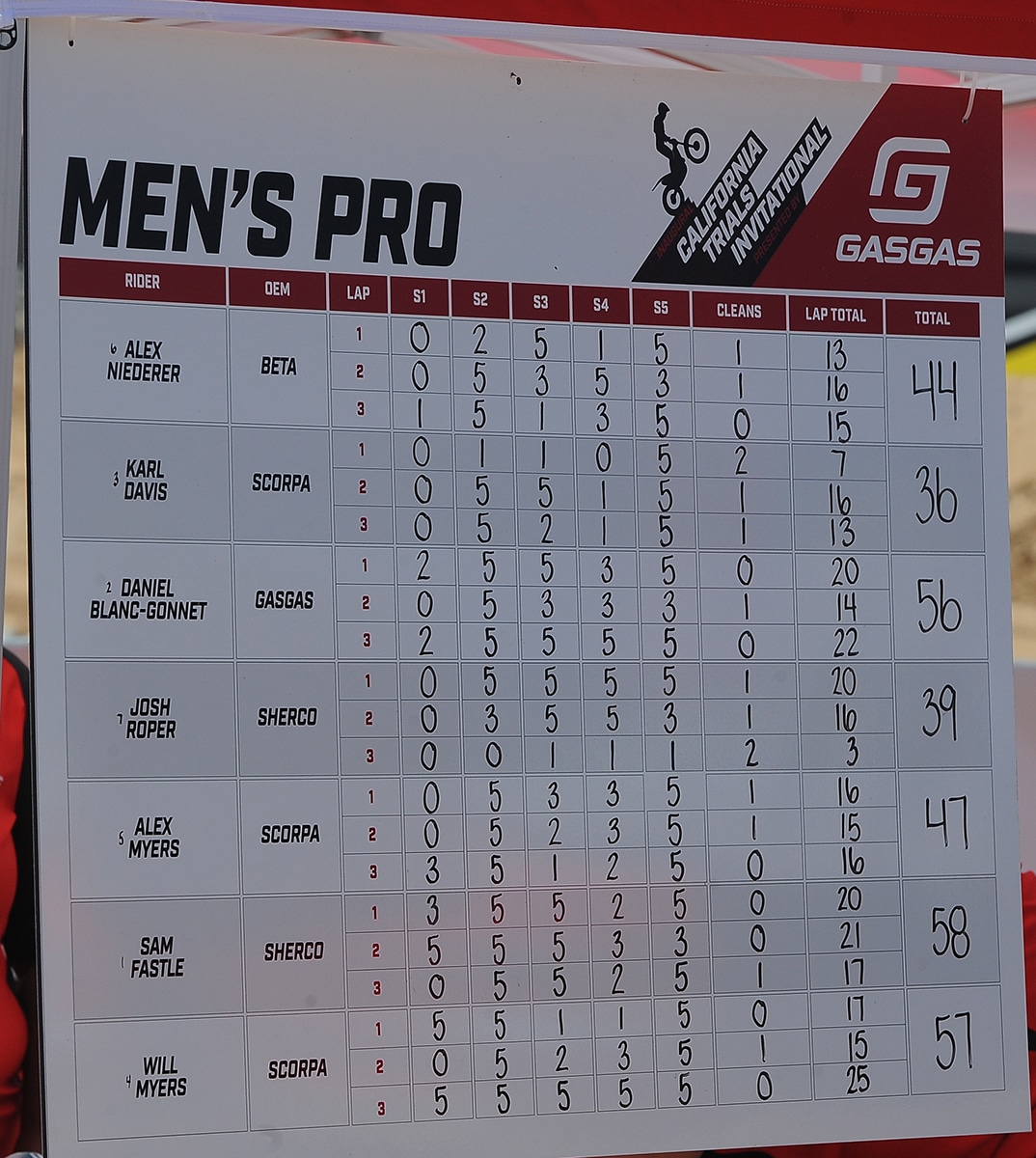