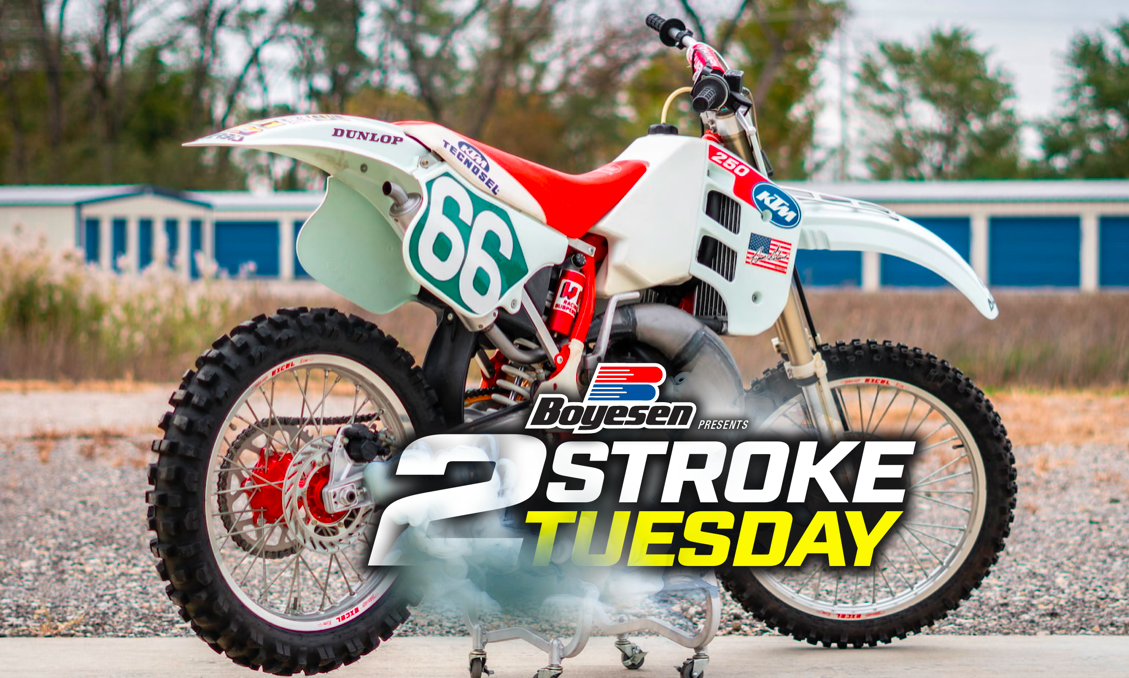 On this week’s Two-Stroke Tuesday we take a look at Broc “The Golden Boy” Glover’s 1989 Factory KTM250 hand-built for him to race grand prix in Europe. This machine will be sold January 22-27 2019 in Las Vegas by Mecum Auctions . Products from Funnel Web Filters and Shinko tires are featured in 2-Stroke Hardware while 2-Stroke Theater is packed with four must see videos. Orange Brigade faithful don’t mis the exclusive link to our Pro Circuit KTM 125 SX project bike at the bottom of this post! 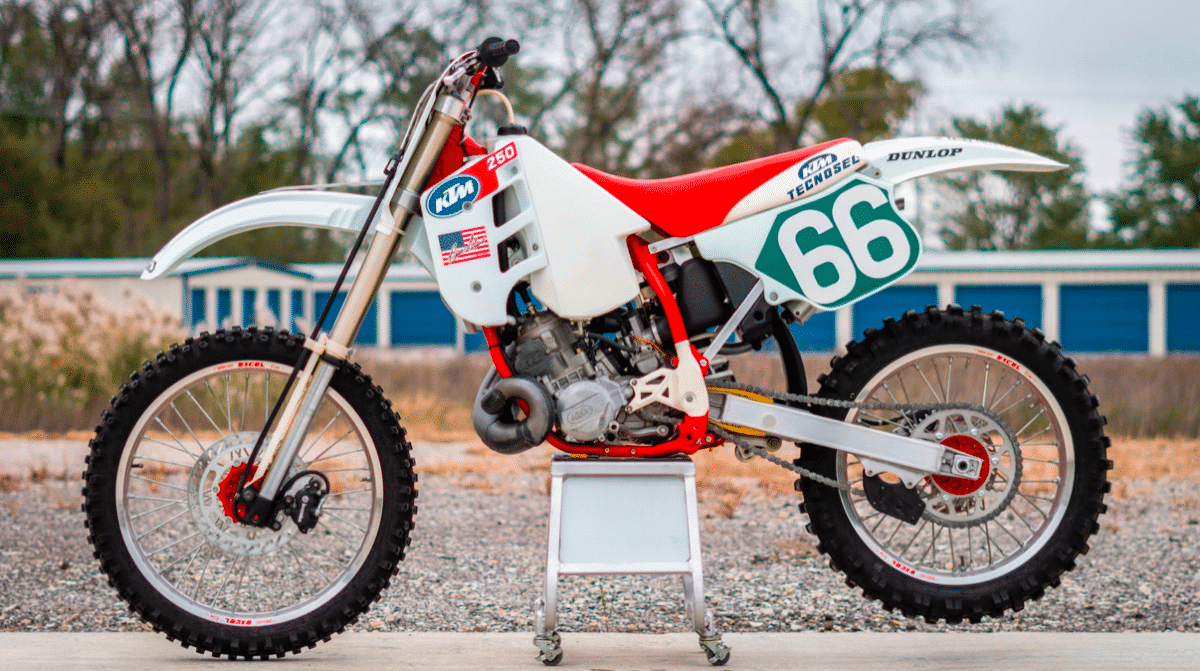 Glover was thinking about retirement when the 1988 season ended but KTM hired with the promises of racing in Europe on this machine. Little did Glover know at the time, the bike was not even constructed yet, but KTM was determined to build a world-class machine with Glover’s talents and input. 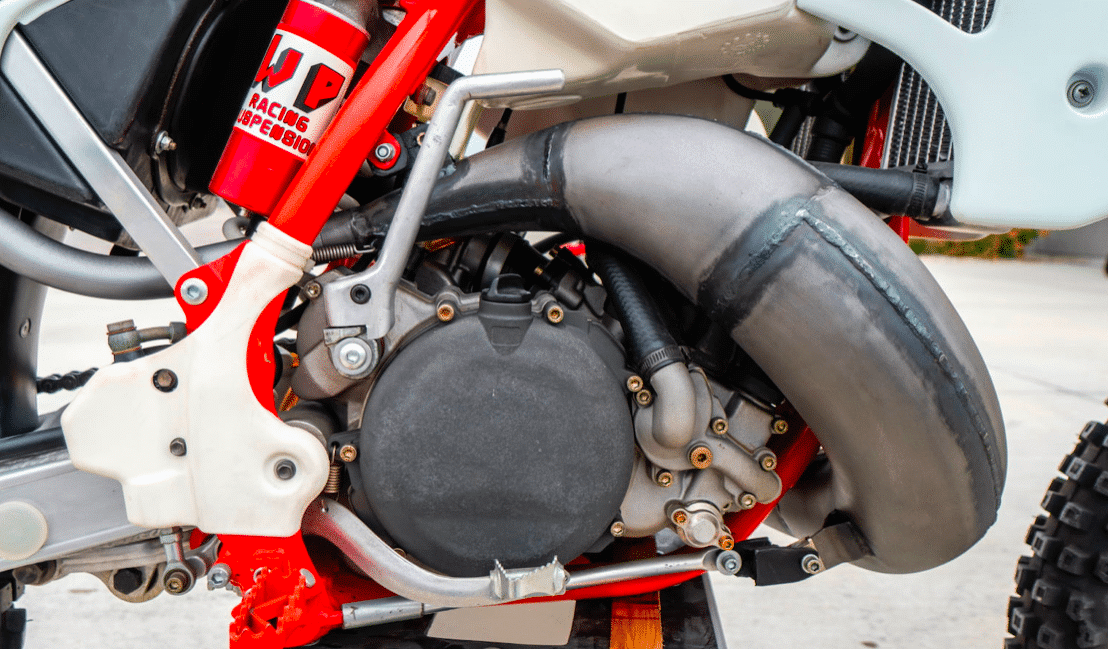 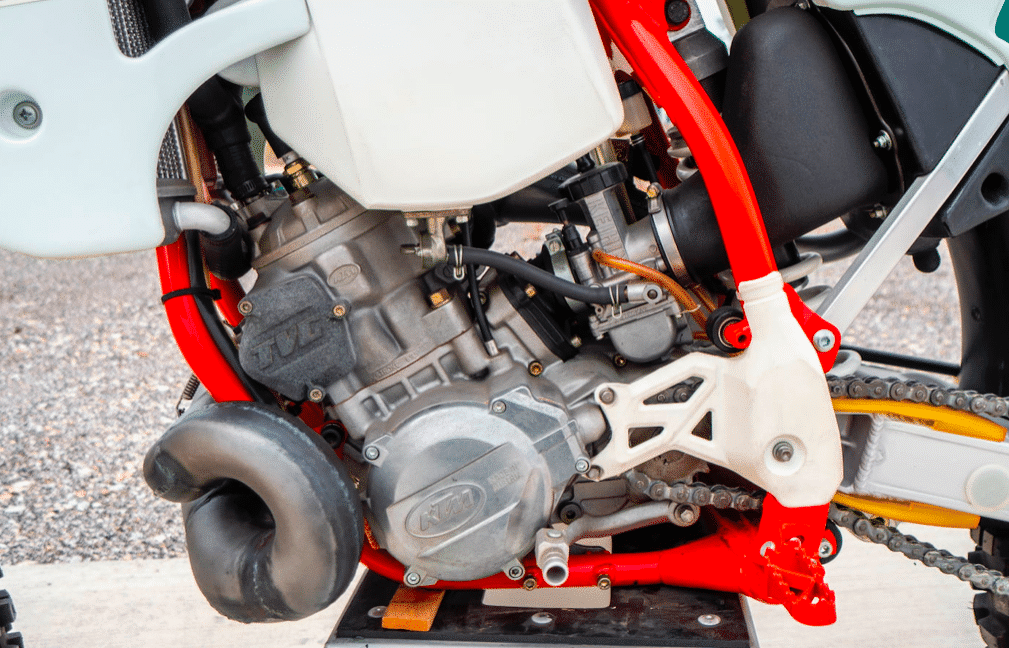 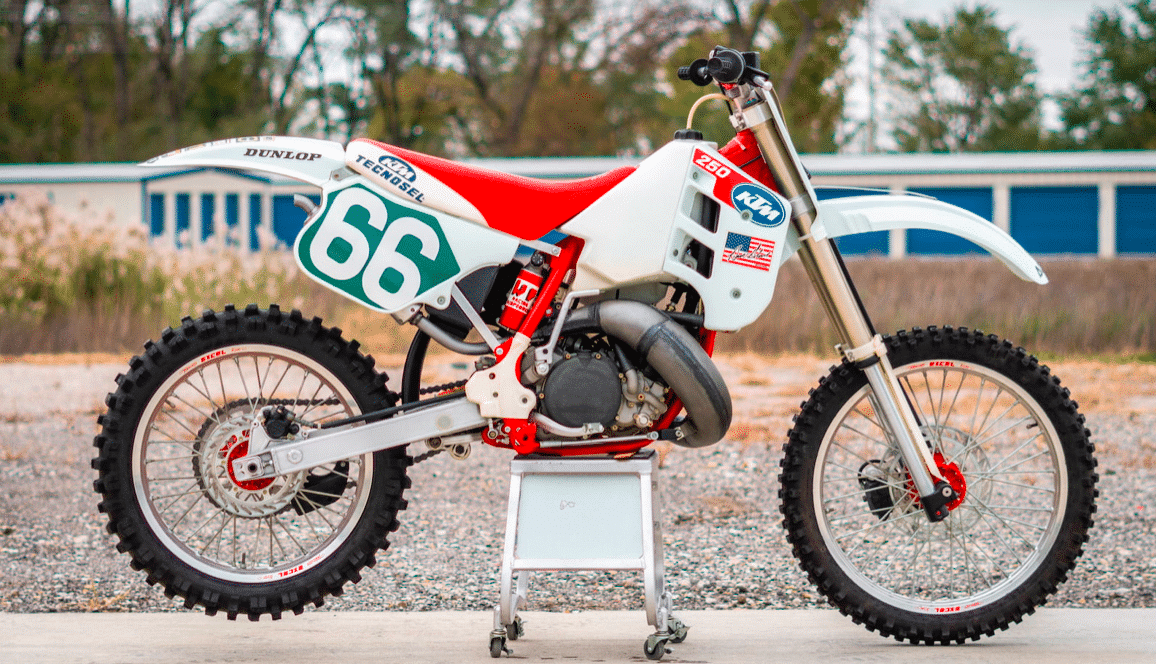 Glover did race in the World Motocross Championship in 1989. The factory KTM squad he rode for was not a major factor in the championship, but Glover did win the final moto of the season. This is the actual factory works 250cc machine—not a replica—that Glover campaigned in the 1989 Grand Prix, and it was literally hand-built. This bike was later sent over to the U.S. for Glover and other KTM riders to compete on. After its service to the company, it was completely restored by a KTM mechanic to its current condition. 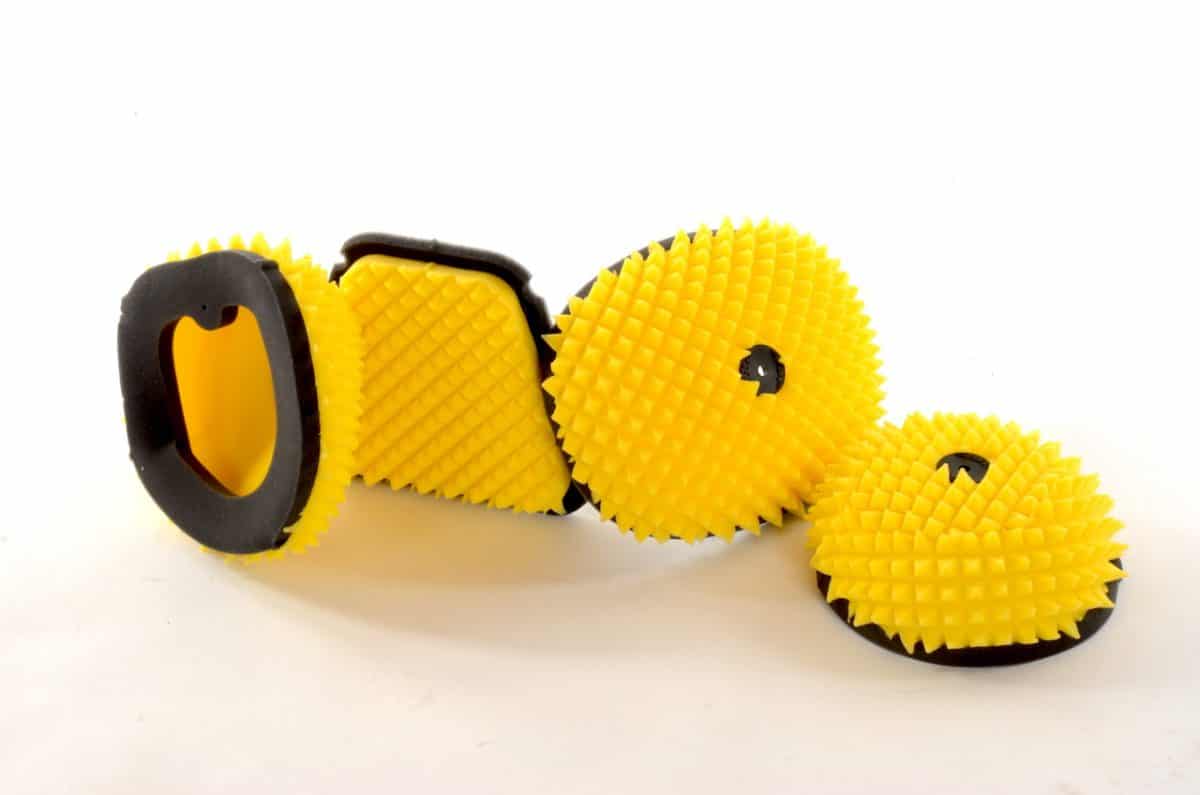 Want the performance of a trials tire but the tread pattern of an off-road knobby? Shinko has your trail needs covered with their Hybrid Cheater series tires. Available in two different tread patterns they feature a moto-style carcass and a soft sticky rubber compound for traction on just about any surface. The 525 and 505 Hybrid Cheater tires are available in both 18 and 19 inch rear sizes.
Contact: www.shinkotiresusa.com

If you like the KTM featured on this week’s check out this KTM 125 SX we built with Pro Circuit. Click the image below to see more. 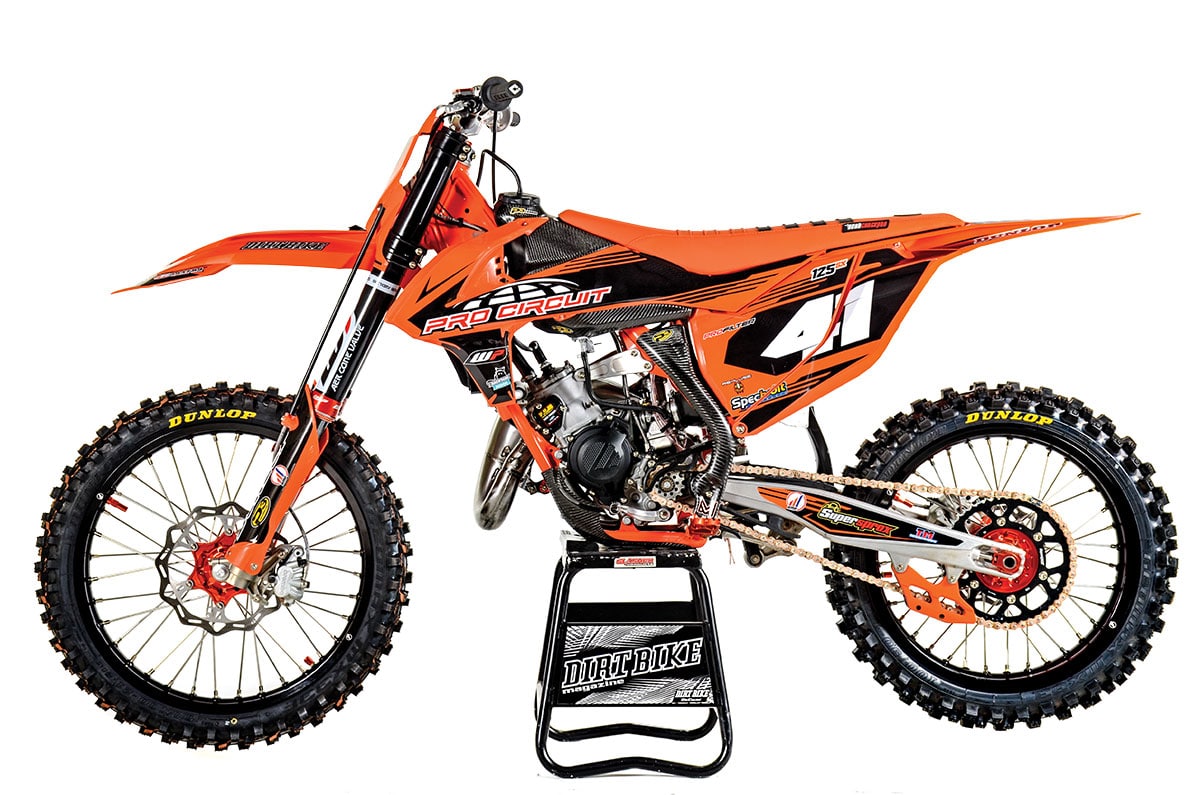