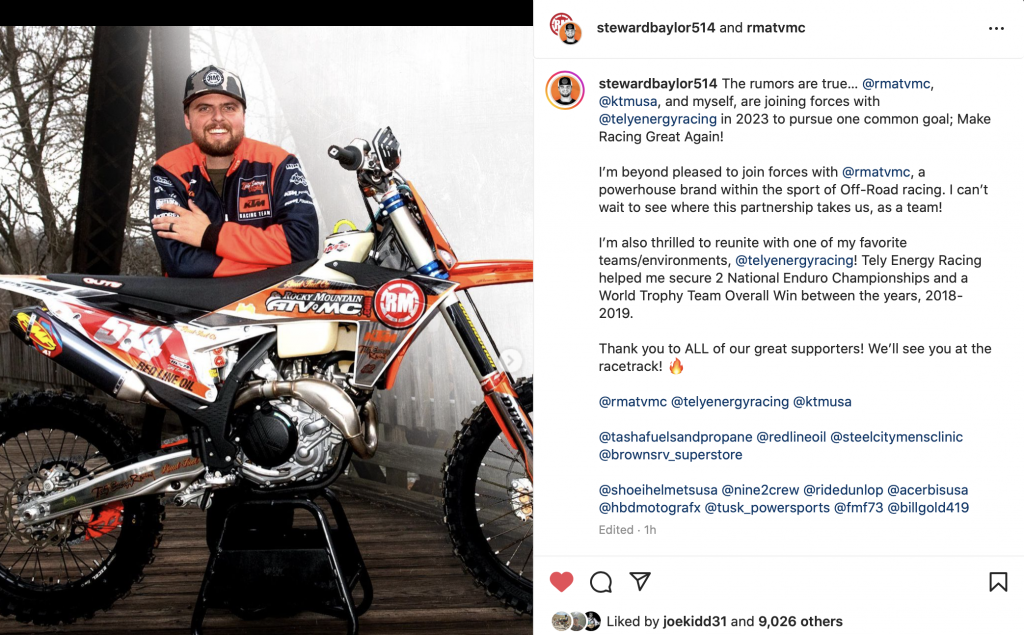 Baylor announced via Instagram that he has agreed to a deal with Rocky Mountain Atv/Teley Energy/KTM to compete in the GNCC series and National Enduro Championship. Steward has made an uproar on the East Coast in the last few years and looks to return to his winning ways for both championships.

Baylor announced a few weeks ago that he and Yamaha were parting ways, which left many curious about his next moves. Look for Stew near the front in 2023, back on orange!

CLICK HERE TO FIND OUT ABOUT STEWARD BAYLOR’S ANNOUNCEMENT!