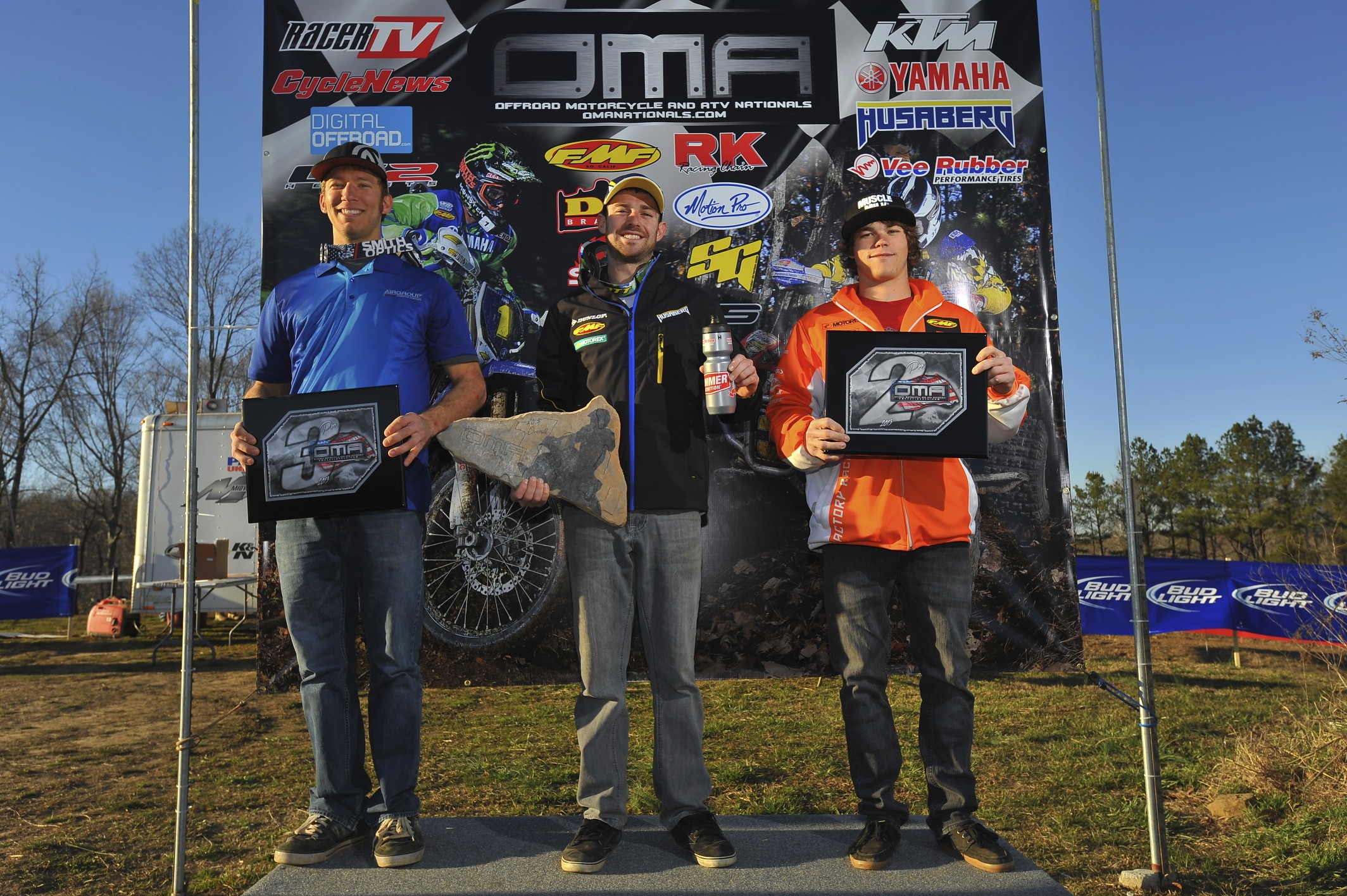 Tuscumbia, AL – Husaberg Factory rider Russell Bobbitt took the win at the opening round of the OMA Nationals after a two-hour battle with KTM rider Kailub Russell for the lead position.

Bobbitt started the race in fourth position and was able to quickly move up to the lead before the end of the first lap. ‘I was able to make some passes on the first lap because everyone in front of me was making small mistakes and blowing corners allowing me to close in and gain positions,’ stated Bobbitt.

Bobbitt held the lead for the first two laps on the 11 mile course with Kailub Russell in tow. At the gas stop after the completion of the second lap he lost the lead to Russell. ‘Kailub and I continued to battle throughout the race,’ commented Bobbitt. ‘It was actually pretty fun, but there were so many mud holes down in the bottom of the ravines that we were both covered in water after trading the lead so many times and splashing each other. Neither of us had anymore tear-offs which also became a problem as we continued to battle.’

On the final lap, Russell made a mistake and crashed in a tight woods section that allowed Bobbitt to get around. ‘Kailub’s mistake gave me a little bit of breathing room but I could still hear him back there so I didn’t let off until the checkers.’ Bobbitt went on to take the win by 15 seconds over Russell. Husaberg support rider Nick Fahringer rounded out the podium with a third place finish.

‘It feels really good to get the win and to head into the second round with the points lead. This is only my second year racing this series full-time so it is still a learning experience for me. I am looking forward to the rest of the series.’