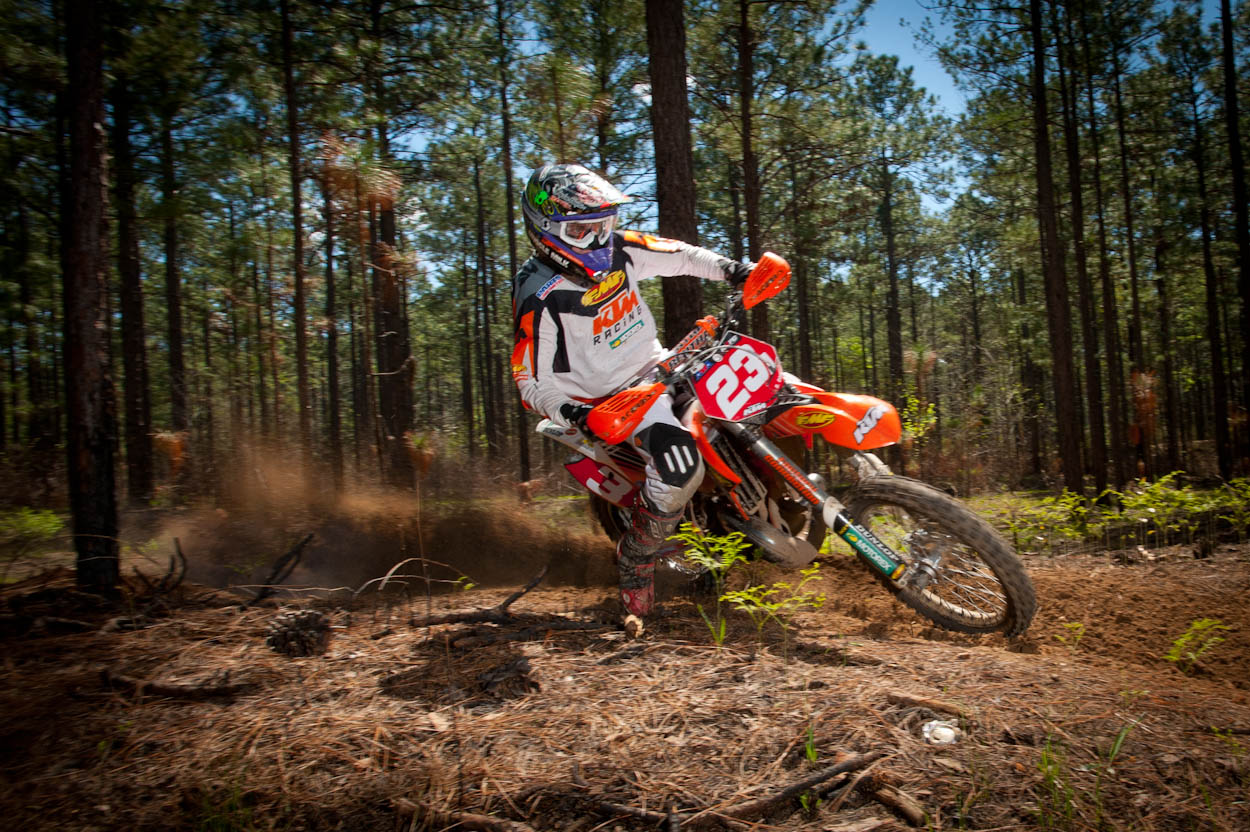 Russell Bobbitt came out on top of a tight, three-way battle to grab win number two on the year at the Cajun Classic National Enduro, the second round of the Rekluse/AMA National Enduro Series in Forest Hill, Louisiana.  Bobbitt trailed FMF/KTM teammate Charlie Mullin after two tests of the five-test, 85-mile event. Meanwhile, Cory Buttrick, also an FMF/KTM rider, kept the front-running duo honest by staying with a few seconds for the duration of the race. Mullins, the defending series champ, went into the final section with a chance to steal the overall, sitting just one second behind Bobbitt in elapsed time. However, the North Carolina rider crashed hard in the fastest portion of the test, allowing Bobbitt to cruise home with the victory by a 24-second margin. Buttrick finished third, another 28 seconds back, while factory Husaberg rider Nick Fahringer made up for a poor performance at the opener in South Carolina with a solid fourth place finish. Am Pro Yamaha’s Thad DuVall switched from the 290cc Athena-kitted YZ250F that he rode in South Carolina to a 450 and finished fifth, just 18 seconds behind Fahringer, while KTM rider Brad Bakken was sixth. Eight-time national champ Michael Lafferty had an off day on his factory Husaberg and finished seventh, ahead of up-and-comers Andrew DeLong and Shane Hufford Jr., both riding KTMs.
Team GasGas Off-road’s Cole Kirkpatrick turned in a strong performance to finish 10th, considering it was his first race since undergoing shoulder surgery during the off-season. With eight rounds to go, Bobbitt holds a 20-point lead in the series standings, 60 to 40, over Mullins and Bakken, who are tied for the runner-up spot. Buttrick is fourth at 39 points, with Lafferty rounding out the top five at 35.
The Rekluse/AMA National Enduro Series returns to action on April 3, in Kalgary, Texas for round three of the 10-round schedule.