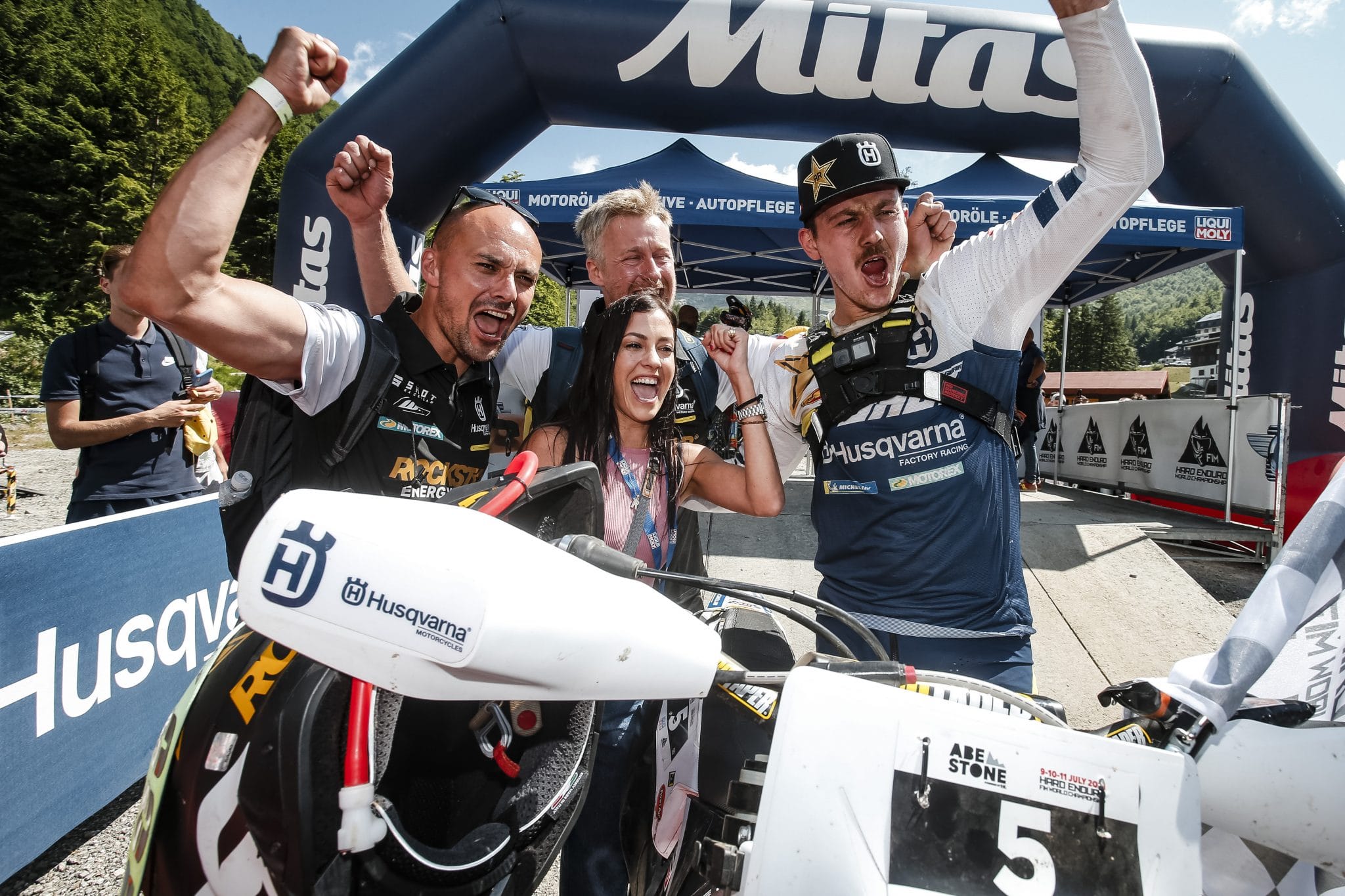 Billy Bolt (Husqvarna) has claimed the win at the first ever running of the Abestone Hard Enduro in Italy as the 2021 FIM Hard Enduro World Championship officially gets underway. In a battle of the titans, Bolt led home Manuel Lettenbichler (KTM) following a race-long duel, while Graham Jarvis (Husqvarna) cut his way through the field for third.

After a lengthy wait, the inaugural FIM Hard Enduro World Championship finally roared into life at round three, the Abestone Hard Enduro. The new Italian event promised much with big mountain riding, gnarly rocky climbs, and true Hard Enduro terrain, and it delivered on every count. After Saturday’s qualification, competitors got down to the business end of the weekend with the LIQUI MOLY Super Final, where two laps of a world-class Hard Enduro awaited them.

Having topped both Friday’s timed practice and Saturday’s qualification, Bolt sat on pole position for Sunday and started as the rider everyone had to beat. However, with just a 12-second cushion over closest rival Lettenbichler, it was still all to play for.

With Bolt opening the course, Lettenbichler patiently took his time and then gave chase. Knowing the early river section would be tough, he worked it hard and immediately caught up to Bolt’s rear wheel. From there the fight for victory was on. Throughout the two laps the duo swapped positions. Lettenbichler appeared to have the edge on the rocky climbs up the mountain, while Bolt held the advantage on the way down. Pulling the pin on the final descents, Bolt put his Husqvarna out front and held Lettenbichler off to win.

Behind the leading duo – over 13 minutes behind, such was the speed of the top two – Jarvis was another man on a mission. Hampered by a starting position of ninth, he had work to do. Building pace as the race progressed, he began to pull back positions. A gamble not to refuel at the end of lap one leapfrogged him further up the running order. And with a strong run over the mountain, the 46-year-old Hard Enduro legend, took third.

Putting in a strong showing throughout the two laps, Jonny Walker (Beta) just didn’t have an answer for Jarvis in the closing stages and had to be content with fourth. Shadowing Jarvis off the line, Alfredo Gomez (Husqvarna) kept close to his teammate during the opening lap. But with Jarvis finding another gear on lap two, the Spaniard wasn’t able to go with him, ending his race fifth.

The FIM Hard Enduro World Championship continues with round four at Red Bull Romaniacs in Romania on July 27-31.