With 2019 SuperEnduro Champion Colton Haaker staying home in America and 2018 champion Cody Webb still mending, that left the 2020 title wide open. Bill Bolt claimed the lead after the first four rounds, and with the Covid-19 outbreak prompting cancellation of the final race in Poland, Bolt became the champion without the fanfare usually granted such an achievement. Still, after earning seven race wins from 12 starts, Billy left little doubt that he was the best rider in the field. Now, he looks forward to the uncertain season ahead. 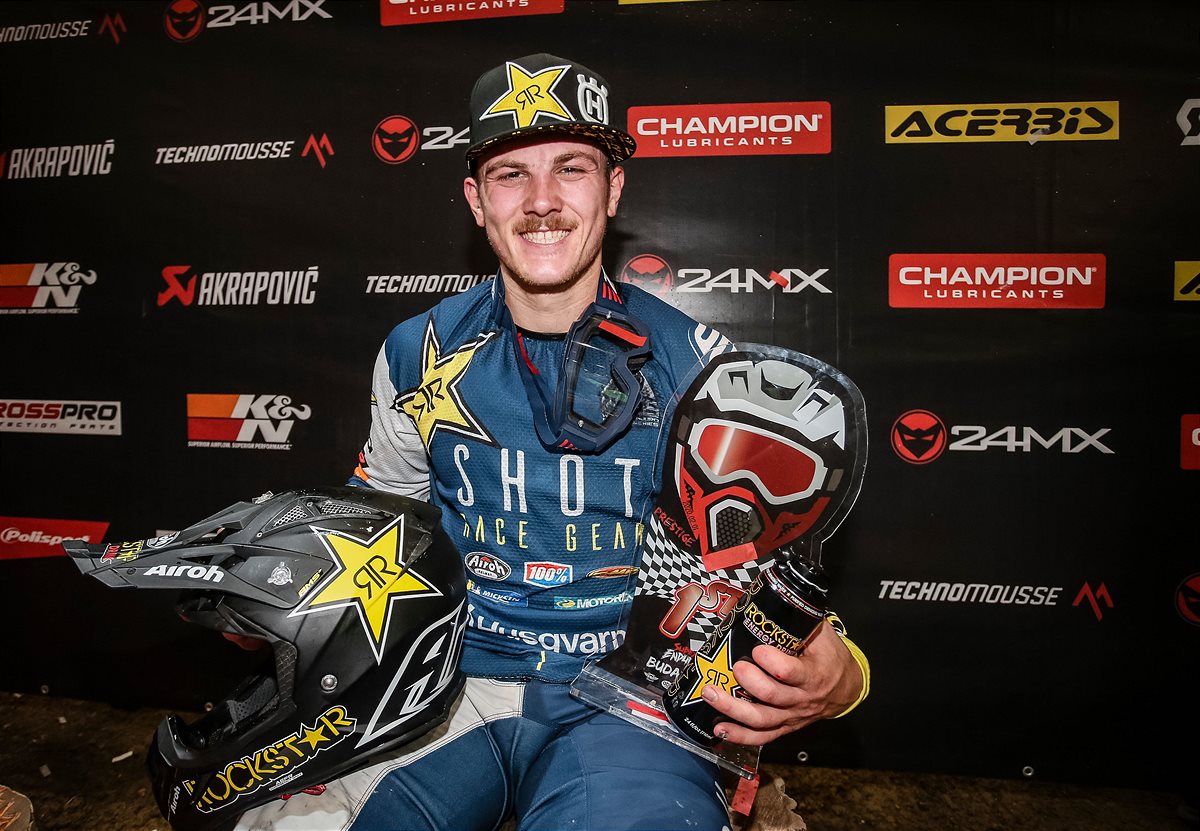 After sitting out the 2019 series due to injury, where did your expectations lie entering round one? Did you believe you could immediately become a serious title contender?

Billy Bolt: “When I was testing and training with other riders, I got a feeling of where I was at and I was happy with my speed going into round one, based on their speed. Of course, once you get inside the stadium things do change. Also, Poland was still only my sixth SuperEnduro race and I had missed a full season racing indoors, too. I was nervous about things, but confident in how I had prepared.”

You talked a lot about consistency throughout the season. How difficult is it to find that in SuperEnduro, especially in the heat of the battle?

“It’s incredibly difficult to stay consistent in SuperEnduro. With the start order reversed for race two, it can really shake things up with a lot of overtaking to be done. Also, the intensity of each race means it’s difficult to stay consistent. So much changes which makes it such an exciting sport. I worked a lot on improving my consistency in Spain and Hungary and as a result managed to win five of the six races. Overall, I won seven races from 12 starts.”

Topping superpole on three out of four occasions is quite the contrast to your 2018 season. What have you learned to become so fast over one qualifying lap?

“Superpole was something I was keen to improve on from my first season. I was dreadful at it during 2018. Back then I struggled to commit to what I believed was the fastest line around the course. I spent too much time watching what others were doing. Even on the sighting lap I was still questioning myself and that’s the time to have it dialled and pieced together in your head. So often I crashed because I wasn’t committed enough. Now I’ve put that behind me. I’ve gained trust more in myself and the process. Superpole performances were probably one of the biggest improvements I made this year.” 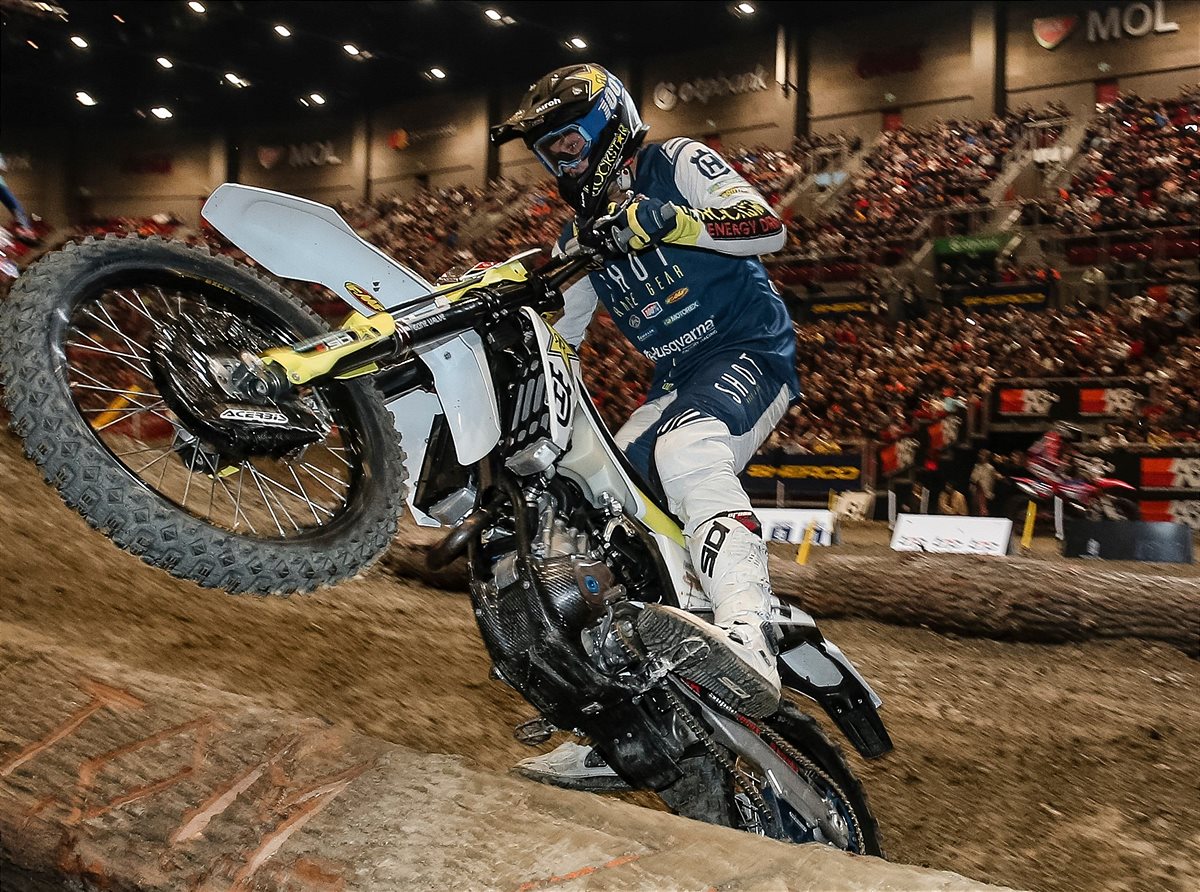 Germany was a technical track where many felt that you would dominate on, but it was arguably your toughest round. Was it simply a case of pushing too hard, trying too hard to win?

“Germany was a tough track to get right. I felt good in training and I had different lines to most people. My rhythm in the matrix and rock corner was a lot faster than everyone else, but unfortunately there’s no points for practice. I just didn’t put it together on the night. I was upset with how I rode superpole and then fell and got my handlebars stuck in my boot while leading the opening race. It wasn’t until after the event that I watched the video of the race and saw I had about a 15-second lead, before those mistakes. After that I learned to manage my races better and pay attention to who is around me if I’m leading.”

Arguably the most difficult part of SuperEnduro racing are the tracks themselves – conditions change throughout the night and from round to round. How important is it having a team like Rockstar Energy Husqvarna Factory Racing in your corner?

“The Prestige class don’t get to ride the track when it’s fresh. A lot of categories have already laid down some lines, so it doesn’t change too drastically for us. Practice and timed training can be quite hectic though because we don’t get that much setup time on the track. So, having a team like Rockstar Energy Husqvarna Factory Racing in my corner is critical. They are spotting new lines as they develop and are giving feedback after each session so we can be at our best for when the start gate drops.”

Despite you being a ‘bigger’ rider, you raced the FE 350 for SuperEnduro. Does it offer the right balance of power, speed and agility for you? 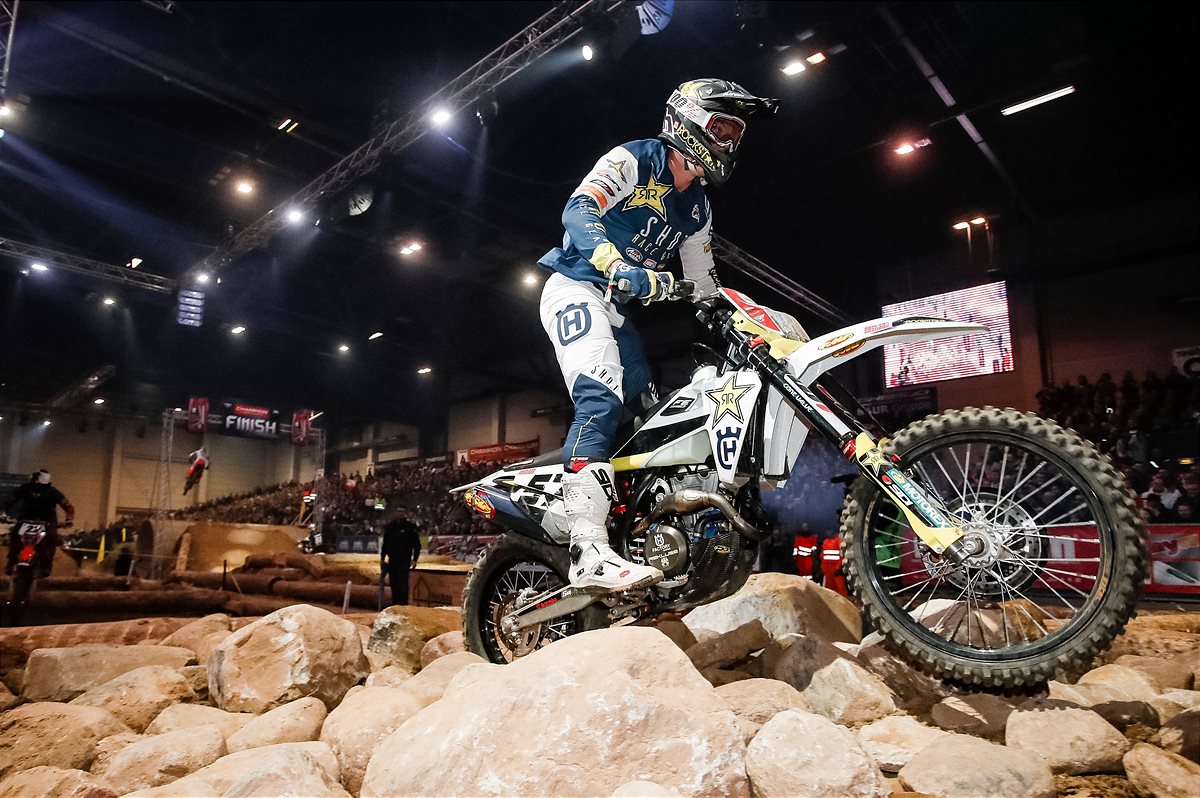 “I prefer the FE 350 for SuperEnduro. You can be super aggressive on it and that suits my style indoors. It’s also lighter than the FE 450, which means I can muscle it around better through the sections, like you would the FE 250. It’s got the best of both worlds and is now the bike of choice indoors.”

Now a two-time World Champion – indoors and out – has it taken you by surprise how far you’ve come in such a short space of time?

“Yeah, it’s a crazy feeling. I’m now a two-time World Champion at 22 years of age. And I’m also relatively new to this sport, too – I only started riding an enduro bike four years ago. I feel proud of how far I’ve come, but at the same time I still feel like I’m only getting started and have a lot more to prove to myself.”

Although we currently face a challenging outdoor season due to COVID-19, are both body and mind now in a good place to carry this winning momentum into the WESS Enduro World Championship and fight for the World title you won in 2018?

“The situation we’re in is frustrating, but people’s health is more important than race results at this time. I’m in good form and eager to race when we get the call. I feel good even though my leg is not yet 100 per cent. If we do face an extended break in racing, I’ll use that to my advantage to keep rehabbing and building on what I’ve achieved with it so far.”

Social media is an important part of being a professional athlete and you certainly bring fire to the game. Do you enjoy making those video clips and do they help you push the limits of what’s possible on a bike?

“I enjoy it a lot and I hope that comes across on screen. Like anything social media has its positives and negatives, but it’s good to share these videos and show that we have a fun side to our riding, too. It’s not always about putting in the motos. I like to get creative too and it’s cool that people seem to enjoy that. If it brightens up someone’s day, I’m happy.”

Finally, what will it mean to return to SuperEnduro in December as World Champion with the #1 plate?

“At the moment it does feel strange being the SuperEnduro World Champion because I didn’t get those end-of-season podium celebrations. But returning to Poland in December with the #1 plate on my Husqvarna will definitely cement what’s been achieved this year. When I think about what has happened during the last 12 months, it hits home. Last year I was sat in hospital wondering if my foot would ever work again, while watching the racing go on without me. So, to come back in such a dominant way is great for myself and the whole team. We’ve finally got to show what we were capable of all along.” 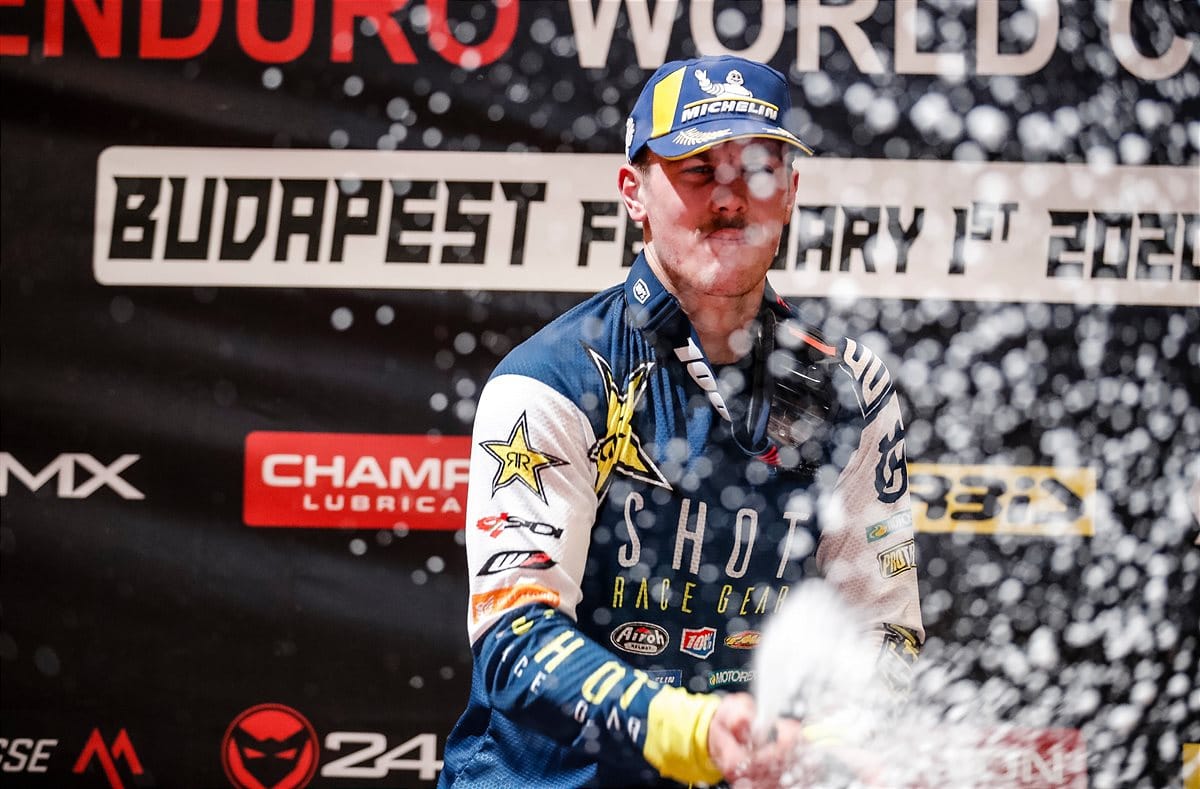