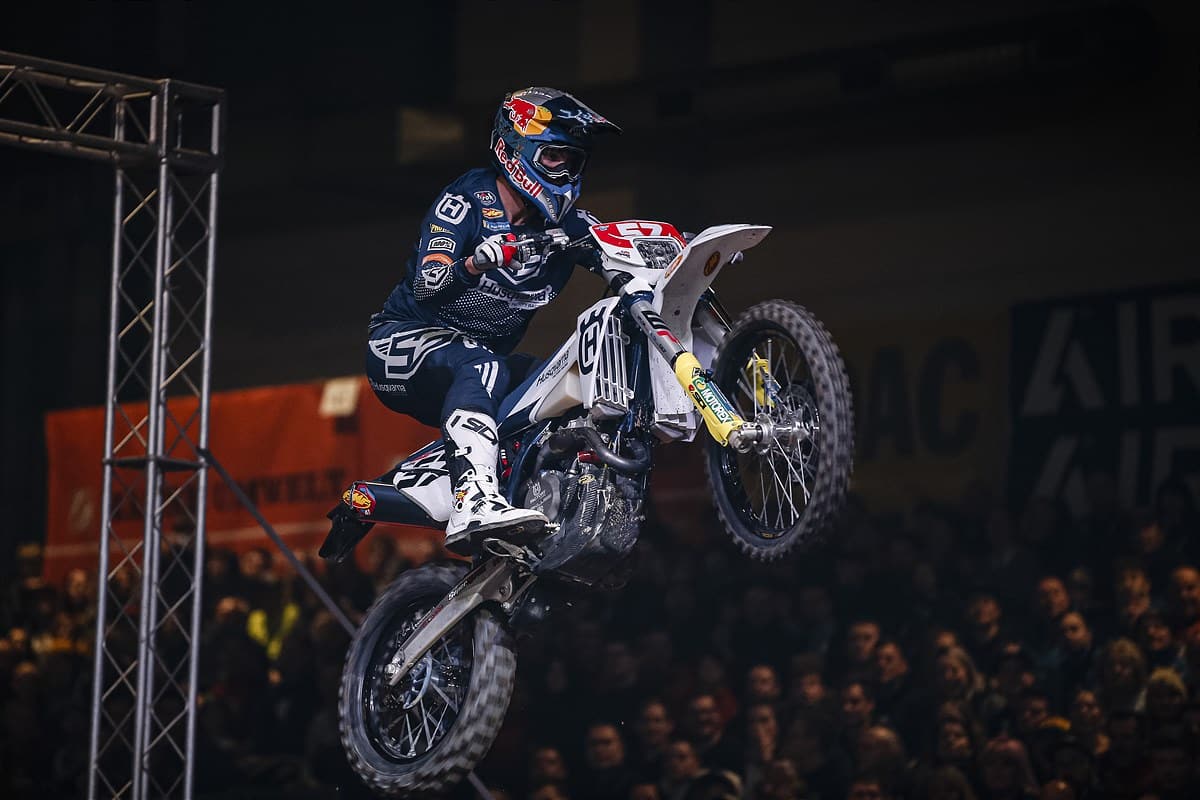 At the Riesa Stadium In Germany, Billy Bolt took his second consecutive win the the FIM EnduroCross championship, although Jonny Walker did manage to make his presence known with a second-moto win. The evening started well for Billy Bolt, although a heavy landing off a vertical jump on the fifth lap of the first race allowed Jonny Walker to make a move on the series leader. Walker took the lead briefly, but it wasn’t long before Bolt regained control, just a few turns after the landing. Bolt gapped Walker rider by almost 3 seconds. Cody Webb was third while fellow American Cooper Abbott was 10th.

In the second race, the reverse grid heat, Blake Gutzeit grabbed the holeshot and shot into the lead. He led the first laps of this round, but eventually was overwhelmed by the furious battle between Bolt and Walker. The two compatriots engaged in a superb fight until they both went down in the soft sand. Once back in the saddle, the battle of the Brits continued and took them back to the front. Just when we thought Bolt was soaring to another victory, he had an uncharacteristic crash on the bridge climb. He was not able to close the gap that separated him from Walker in the remaining time. Meanwhile, Taddy Blazusiak (POL-GasGas) dived into second place, and looked back on form. The GasGas rider slipped on the finish line logs while taking the checkered flag and slid into the path of a chasing Bolt, who violently hit Blazusiak. Thankfully, the two riders emerged from the crash without serious injury. This time Webb was fourth and Abbott was eighth.

On the first lap of the last race, Bolt went down on the bridge once again, and Jonny Walker seemed odds-on favorite to win. Four minutes from the end of the race, Walker was more than ten seconds ahead of Bolt. But the Husqvarna rider can never be counted out and he regained the lead on the last lap of the race.Taddy Blazusiak managed to climb on the third step of the final podium with Webb fifth and Abbott seventh. But the evening was once again marked by the Bolt/Walker domination. Friends in the paddock, the two boys have a great time battling on the track. Bolt leaves Germany 14 points ahead of Walker. Blazusiak is 37 points behind Bolt and just ahead of Webb by two points.