BIKES OF THE 2019 RED BULL STRAIGHT RHYTHM: 2-STROKES ONLY 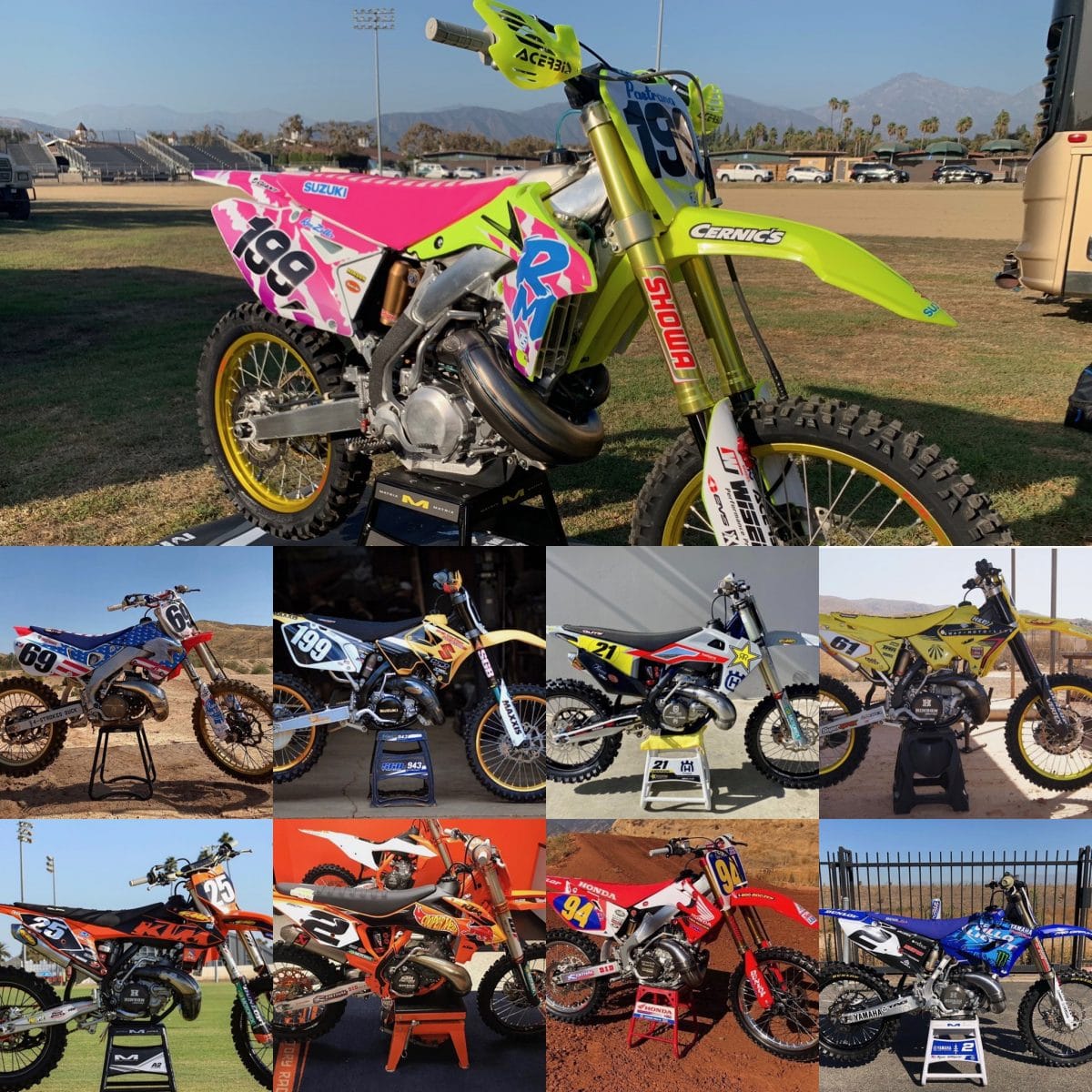 It’s that time of year again and the smell of premix is back in the southern California air! The 2019 Red Bull Straight Rhythm is all two-stroke machines and paying homage to the ’90s. Some of the sports top athletes like Ken Roczen, Cooper Webb, Jason Anderson, Cole Seeley, Travis Pastrana, Tyler Bowers, Ryan Villopoto, Ryan Sipes and Ronnie Mac himself will be doing battle but there won’t be a four-stroke within miles for the course. They will all be riding two-stroke machines. Some new, some old, some factory level machines with unobtainable parts and some being held together by safety wire. One thing is for sure, the racing action will be intense. Here is a look at some of the bikes entered in this years event. 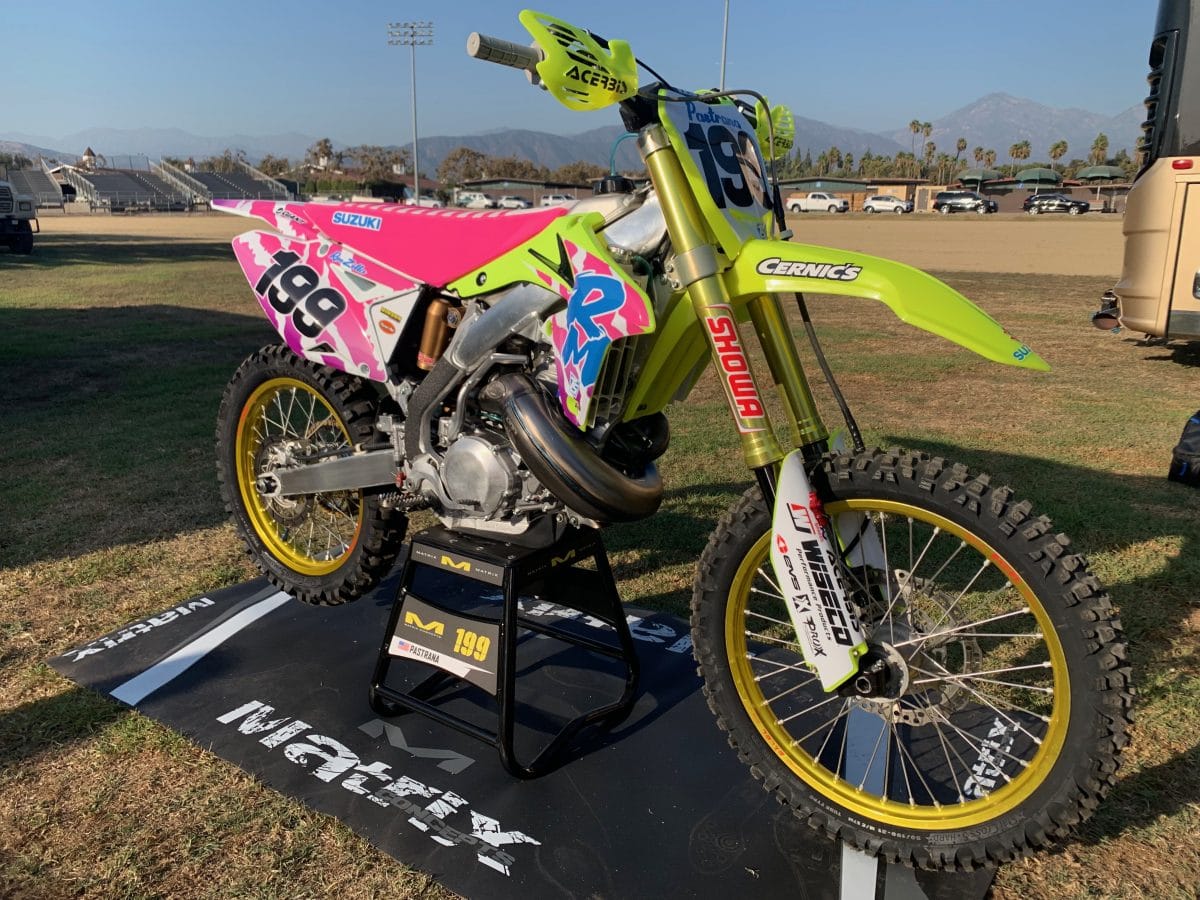 Travis Pastrana and the RMZILLA are back. He is probably one of the only a few men on the planet that could handle this machine. 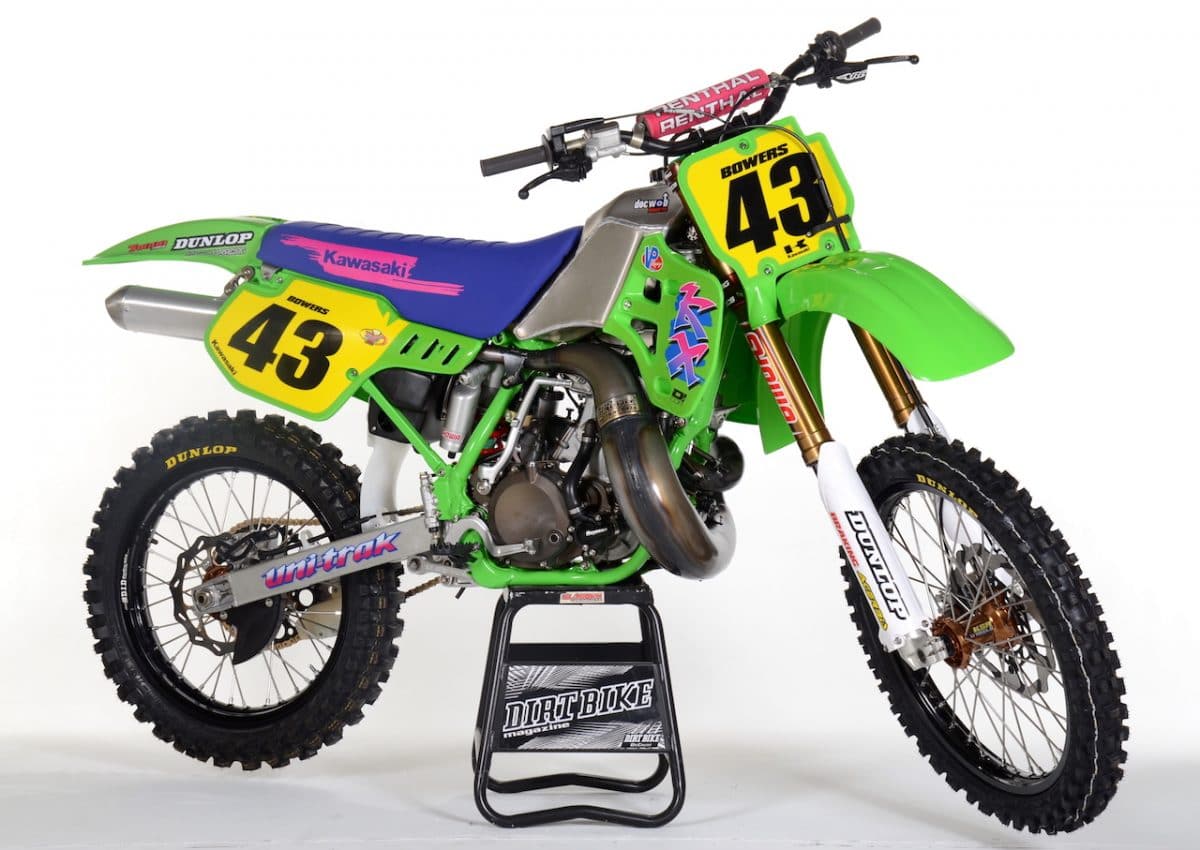 “The Unit” will finally get some racing action this year! Last year we did a complete story on this build and Tyler got hurt at Monster Cup the weekend before the event. We don’t know who was more disappointed Tyler or us. We have seen what he can do on this machine and the racing between him and Pastrana will be epic! 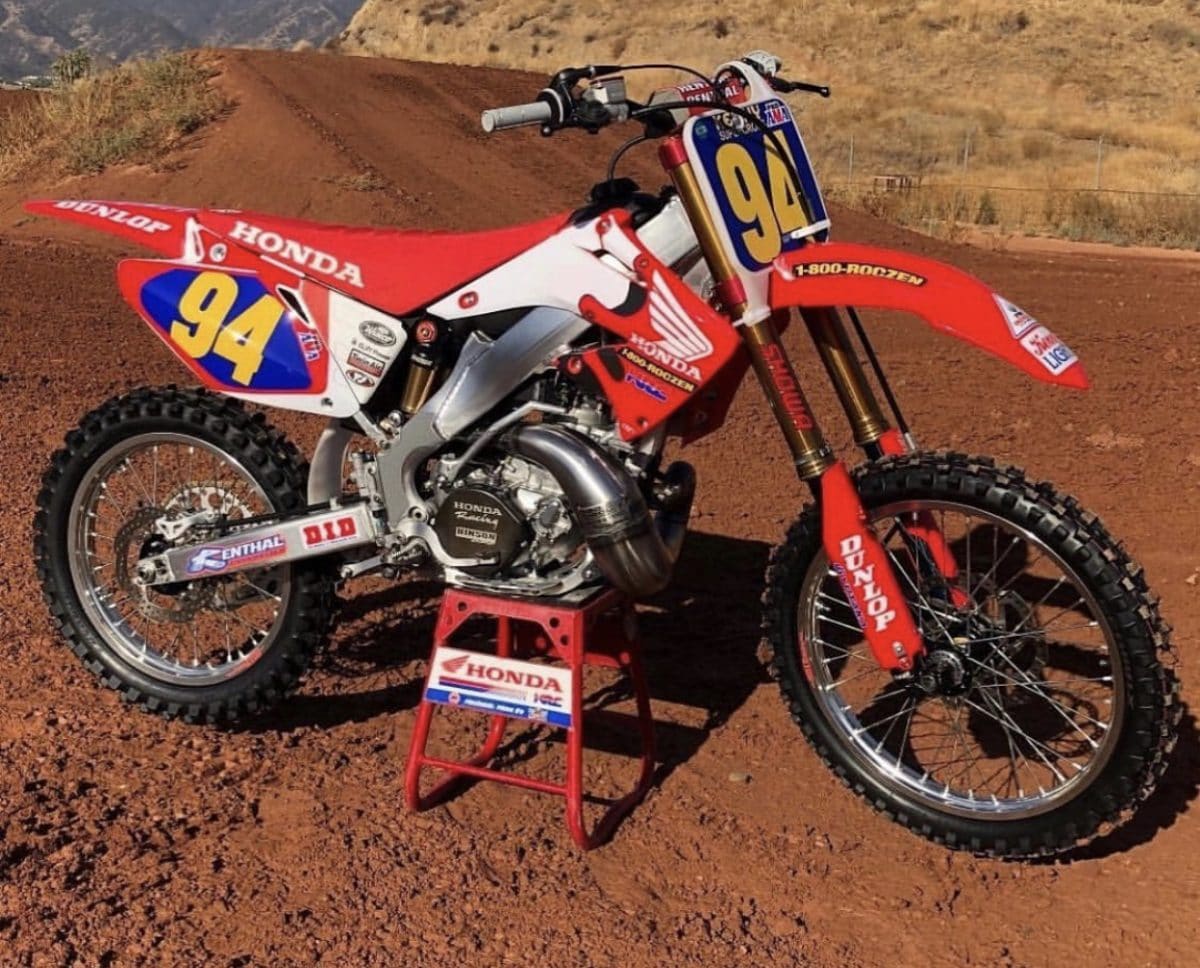 Ken Roczens factory Honda CR250R was last raced by the King Of Supercross himself and was the last two-stroke to holeshot a premier class main event. This has got to be the best looking CR250R of all time! 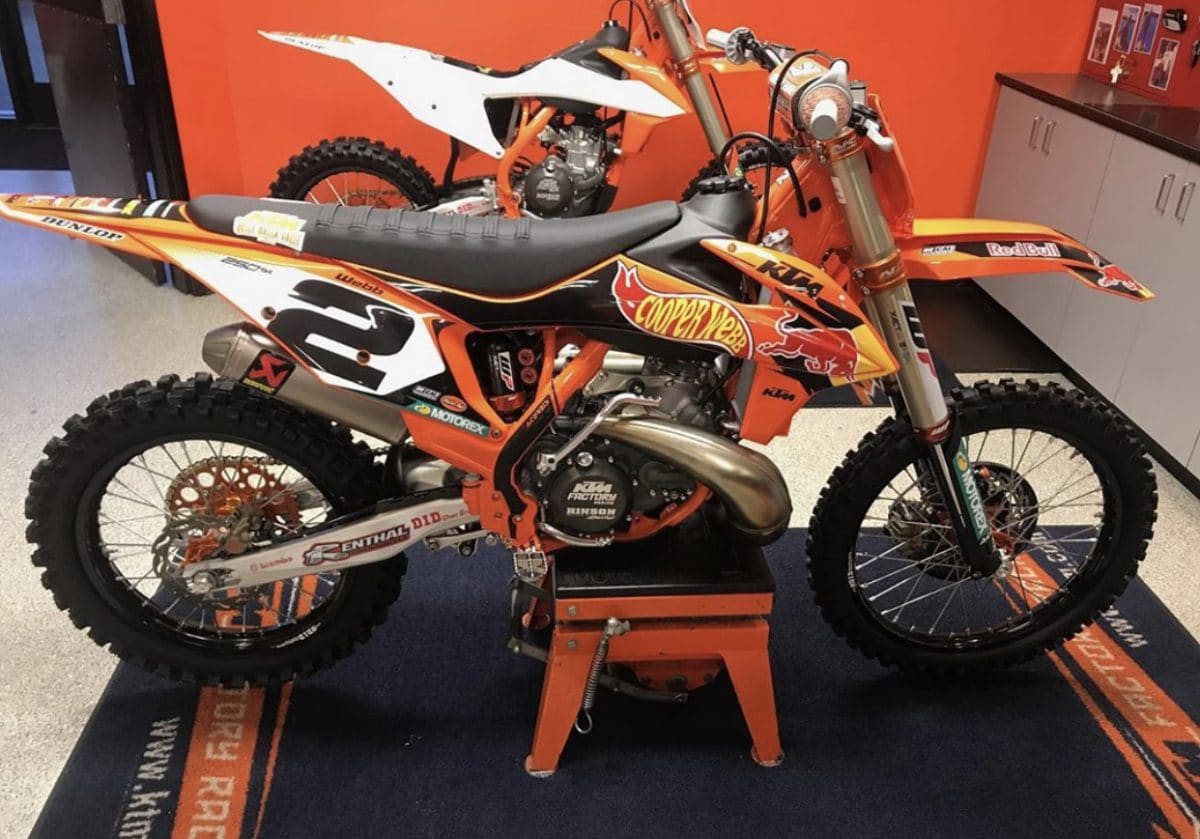 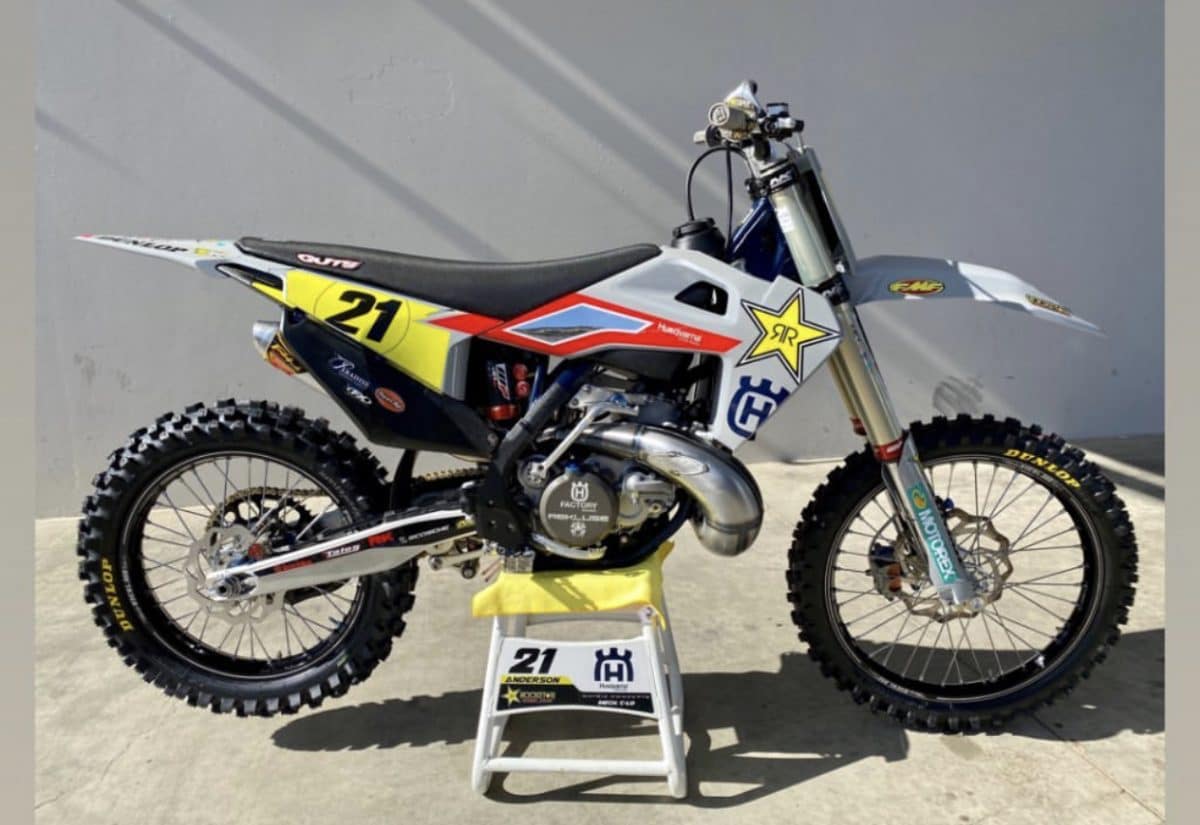 Jason Anderson’s factory Husqvarna is paying homage to the chrome and red tanked two-strokes of the past. 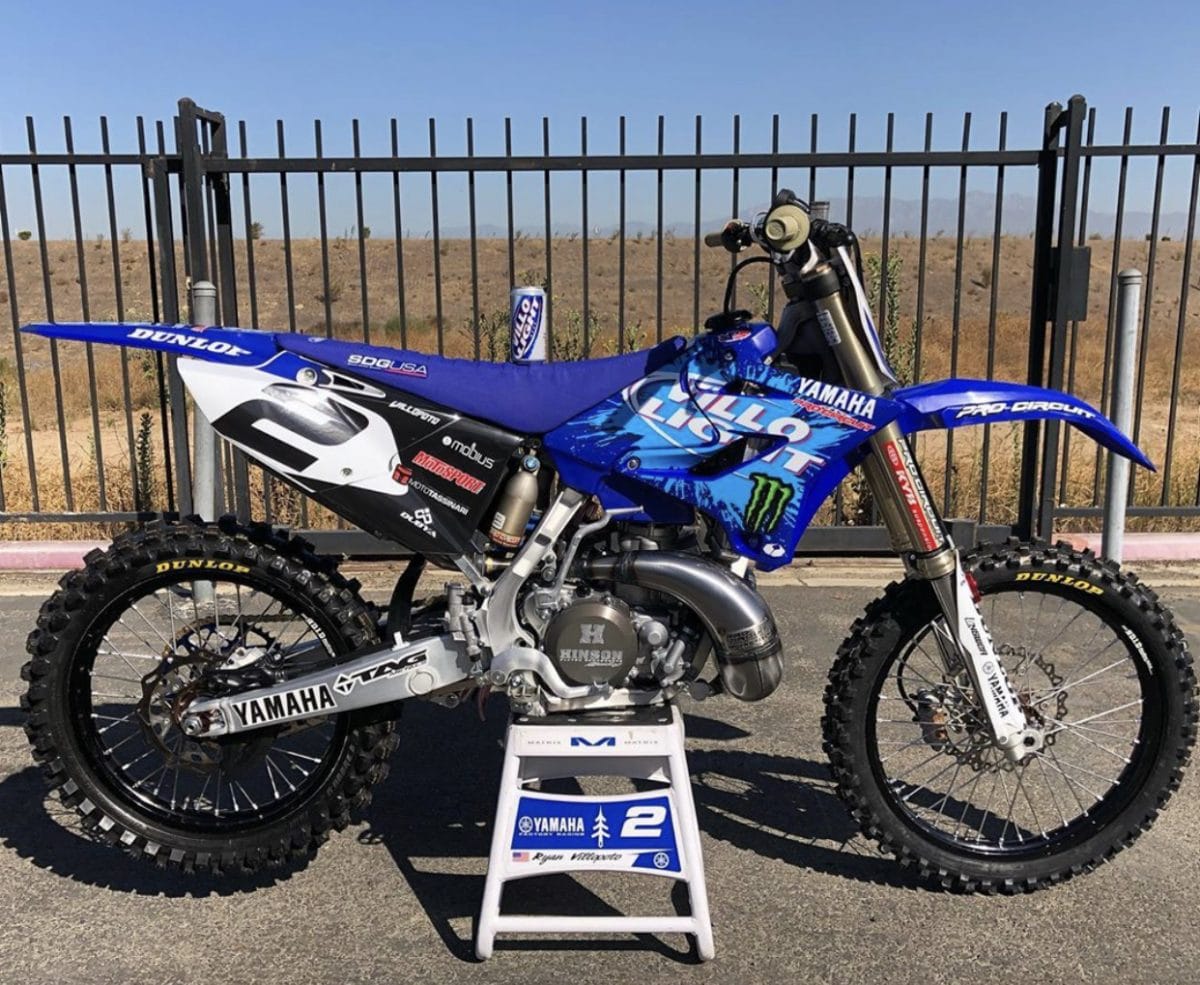 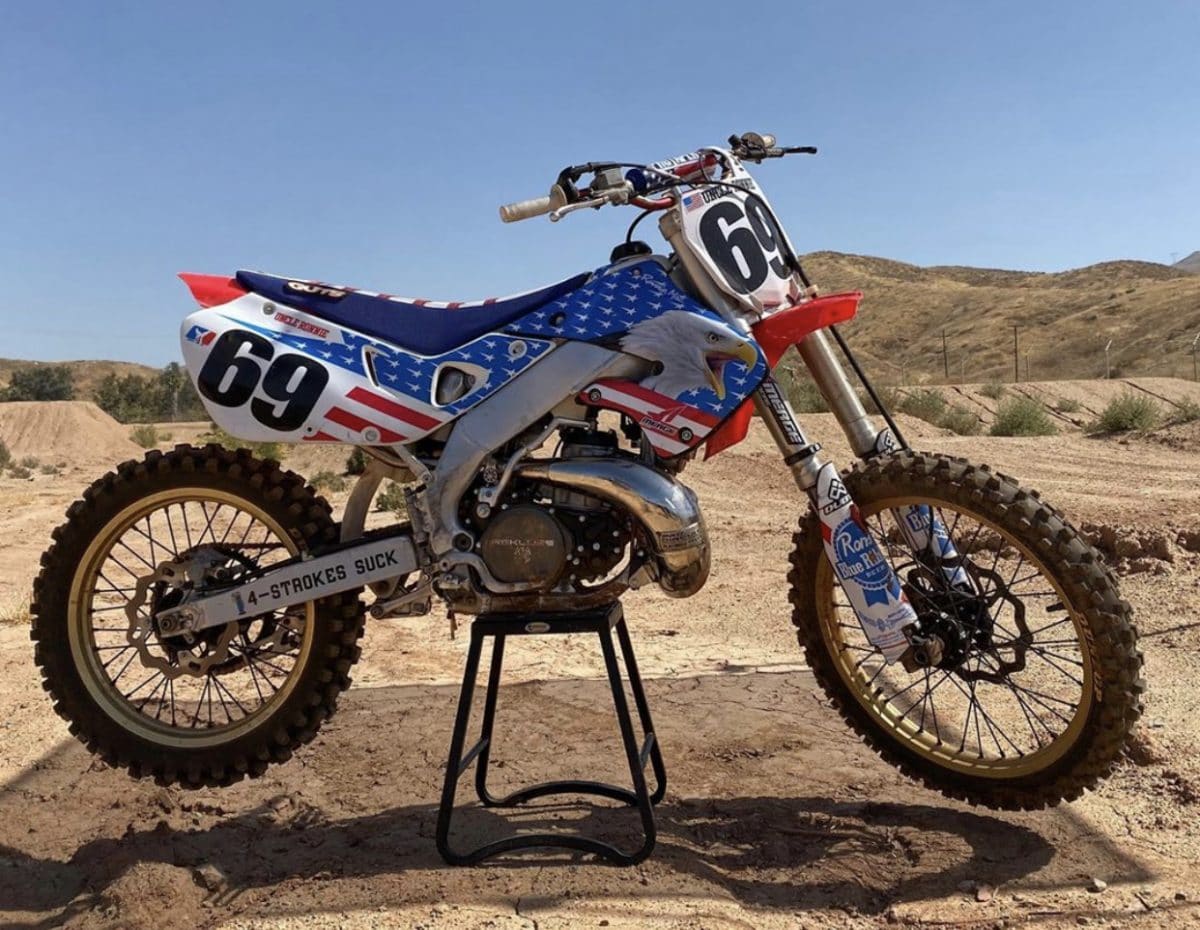 What is there to say anything about Ronnie Mac’s CR250R? We are happy to see he didn’t give into the AMA and buy two more strokes. 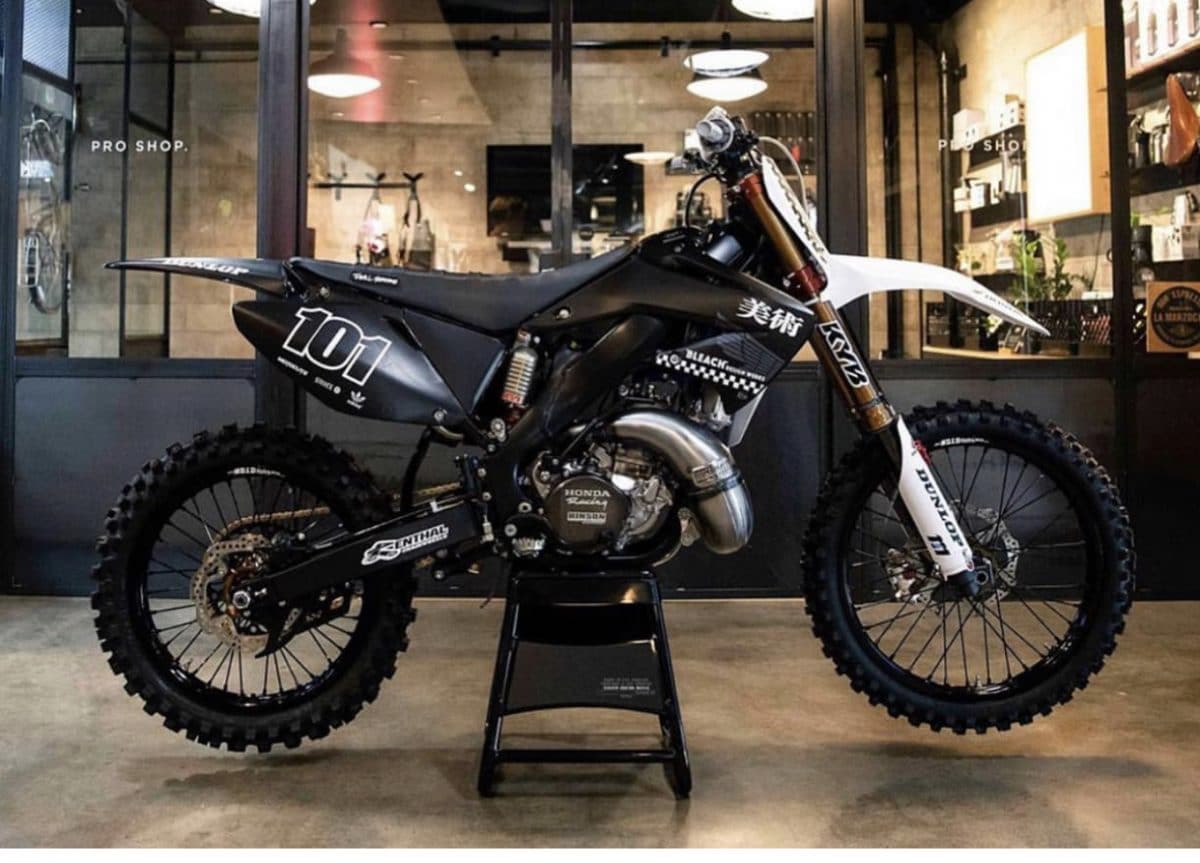 Cole Seeley did a unique tribute to the “O-Show”. 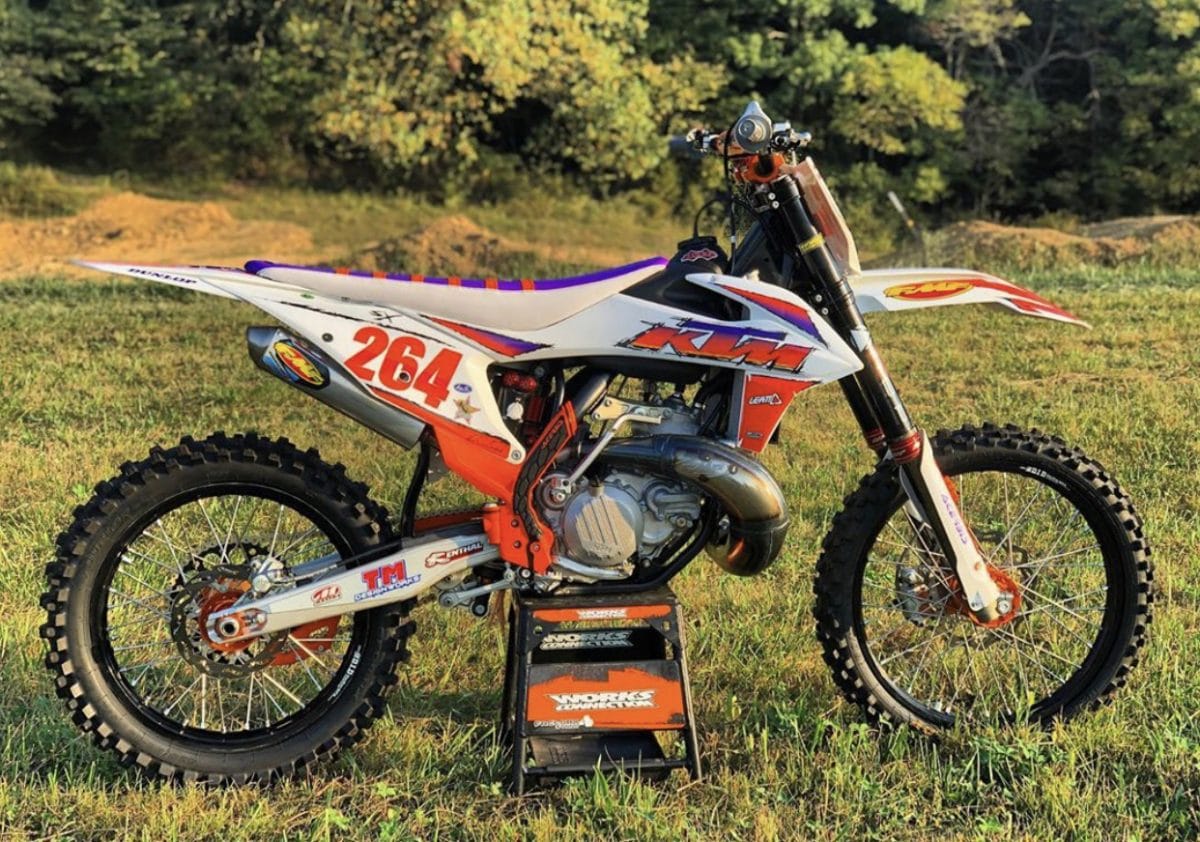 Ryan Sipes has an early ’90s them for his KTM curtesy of DeCal Works. 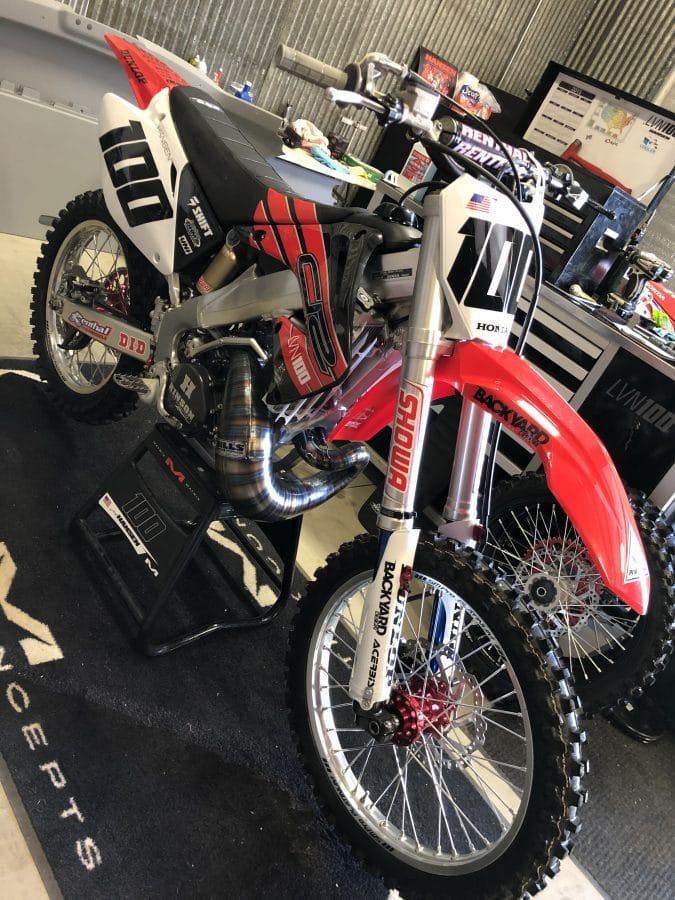 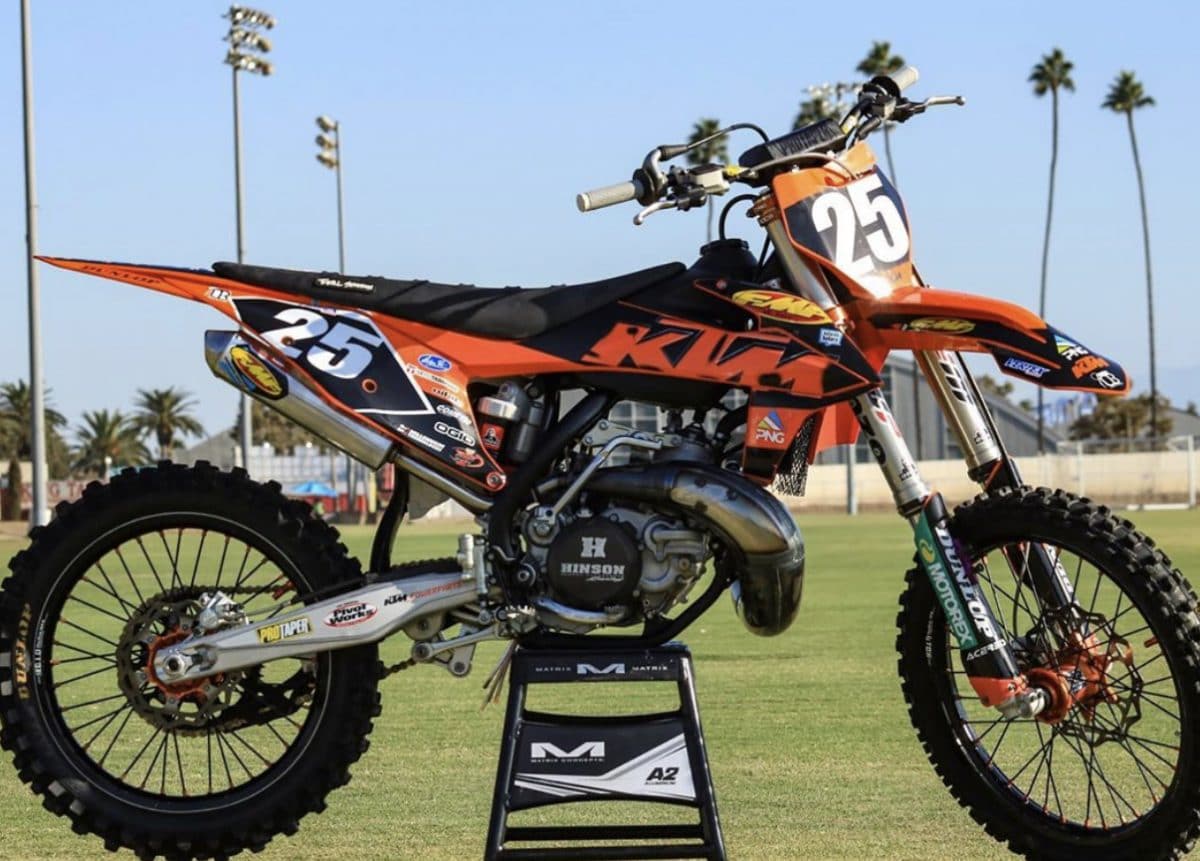 PNG Living showed up with this Nathan Ramsey tribute. 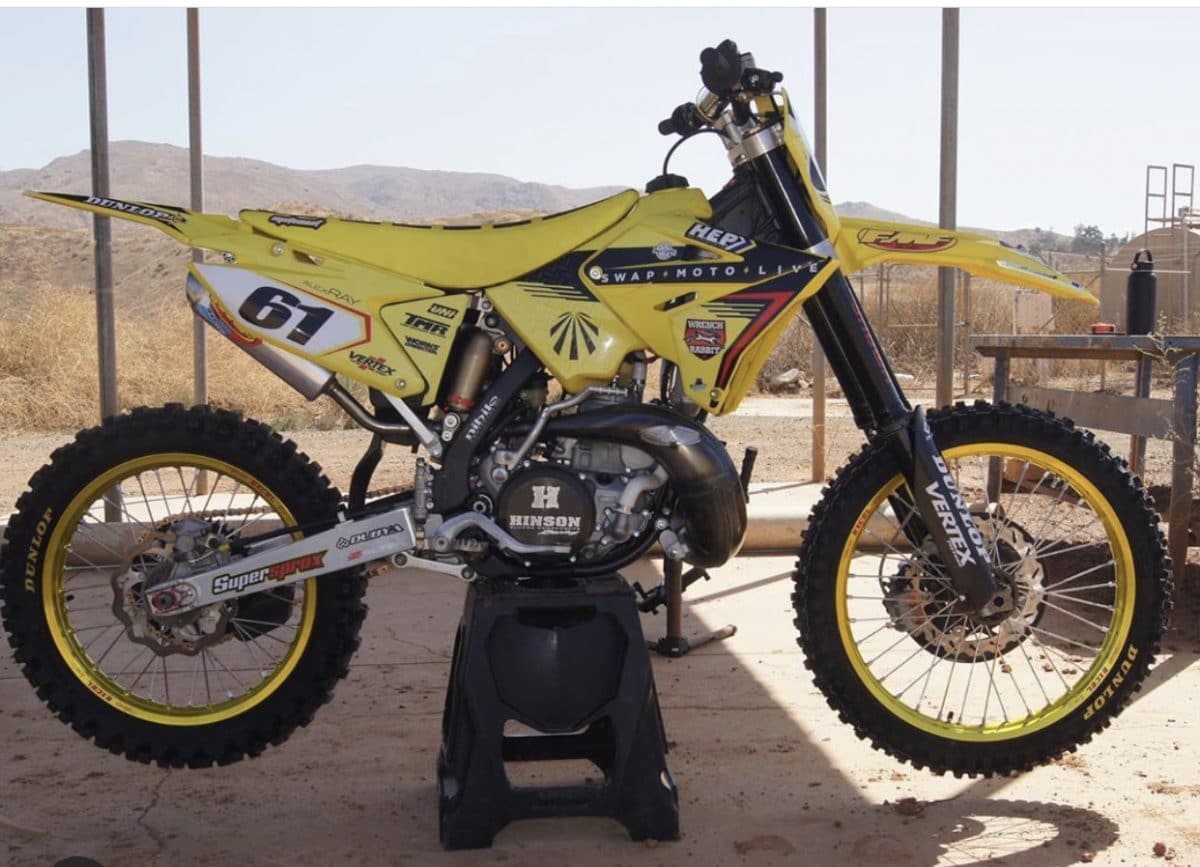 Alex Ray got huge amounts of help from Donn Meada and the Swap Moto Live crew in building this RM250. 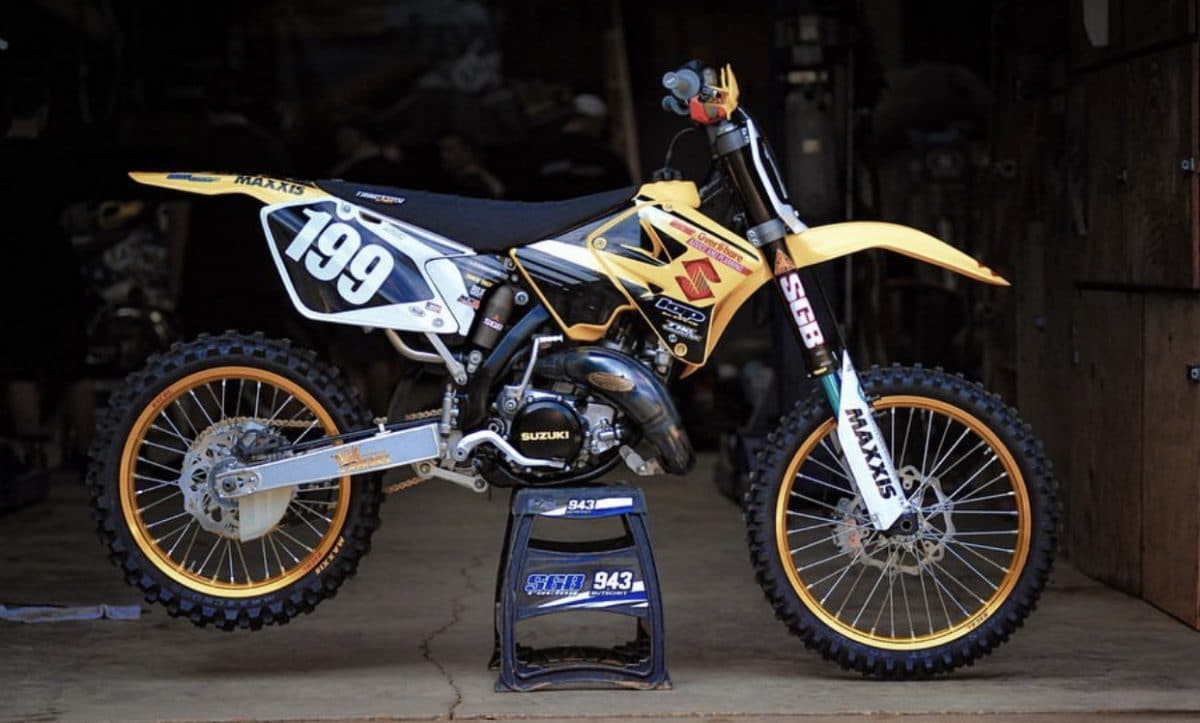 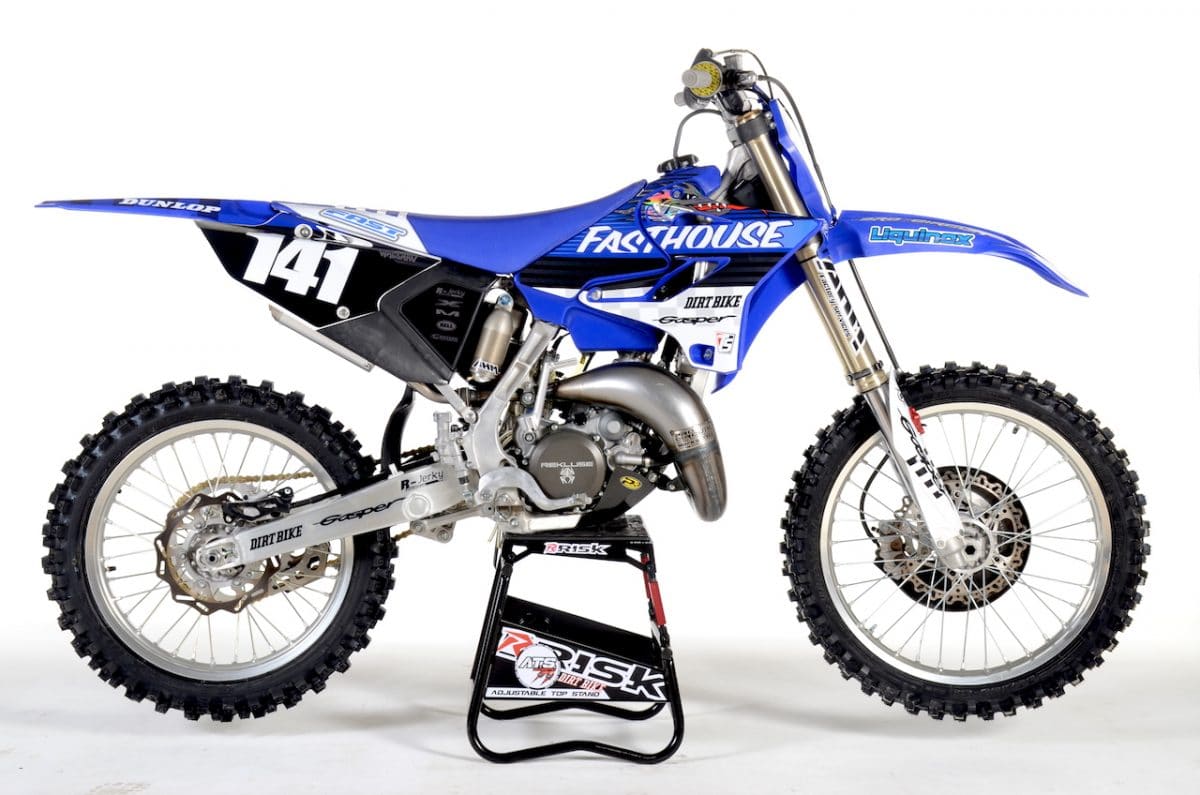 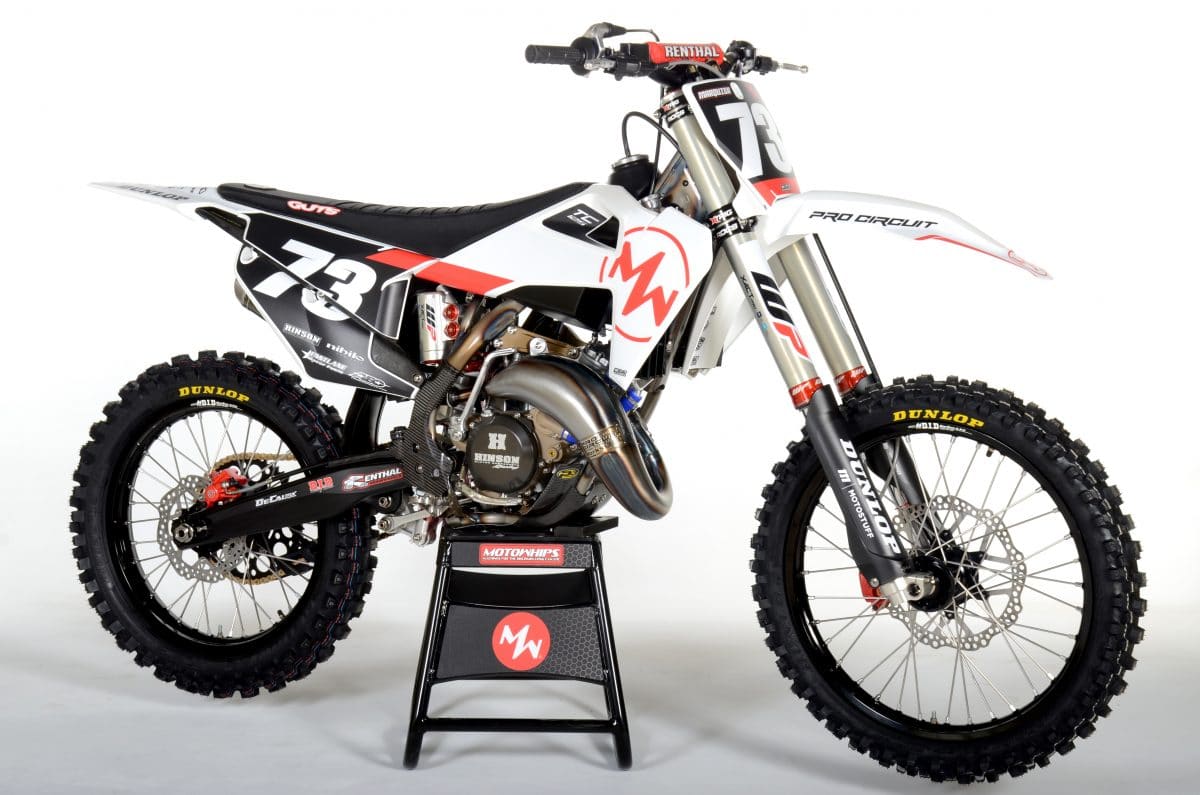 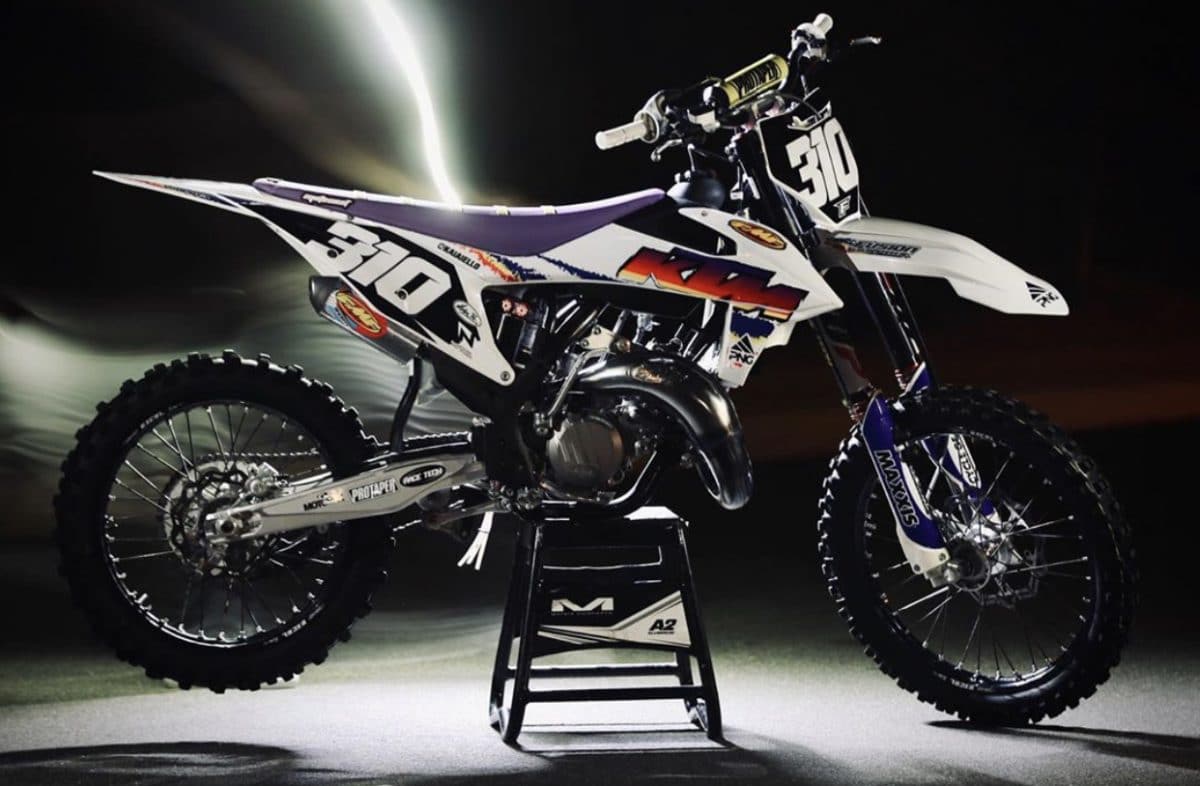 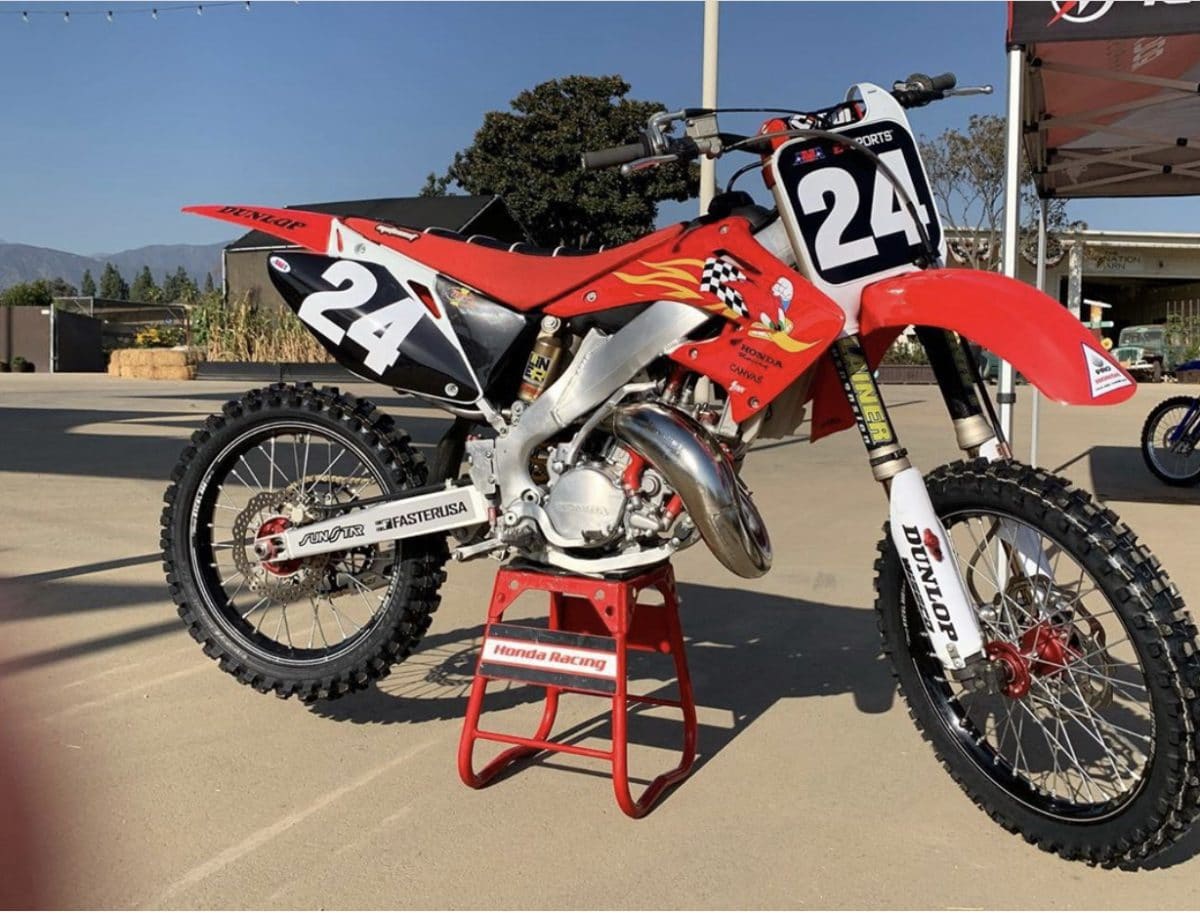 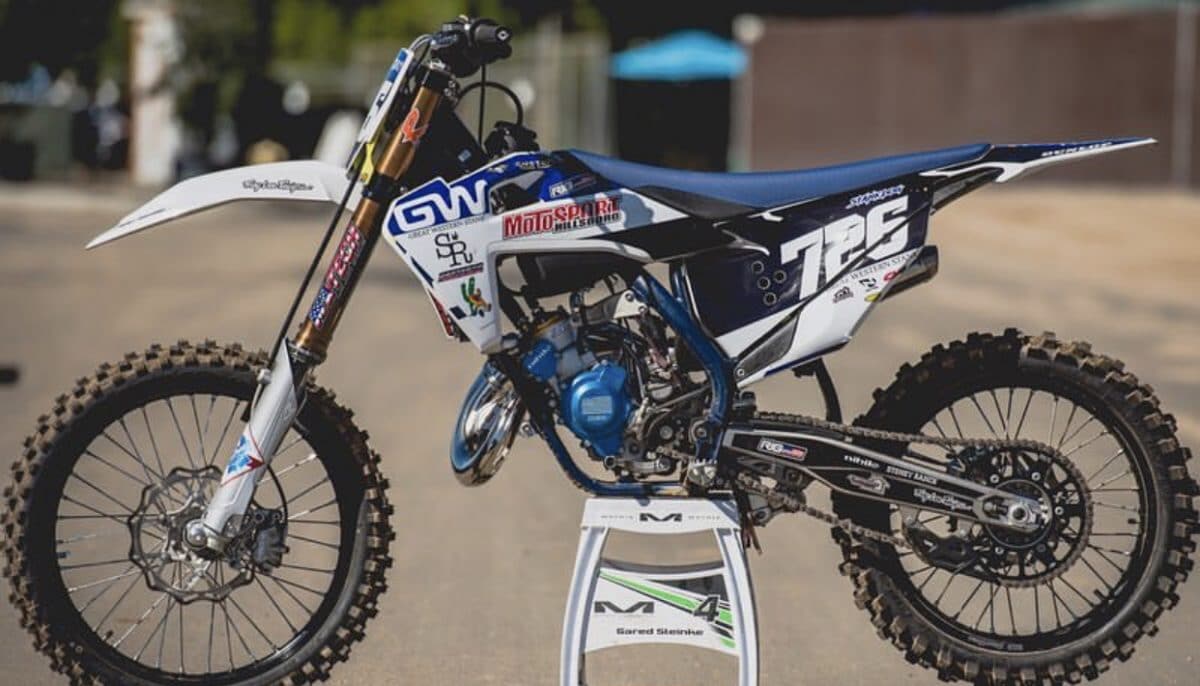 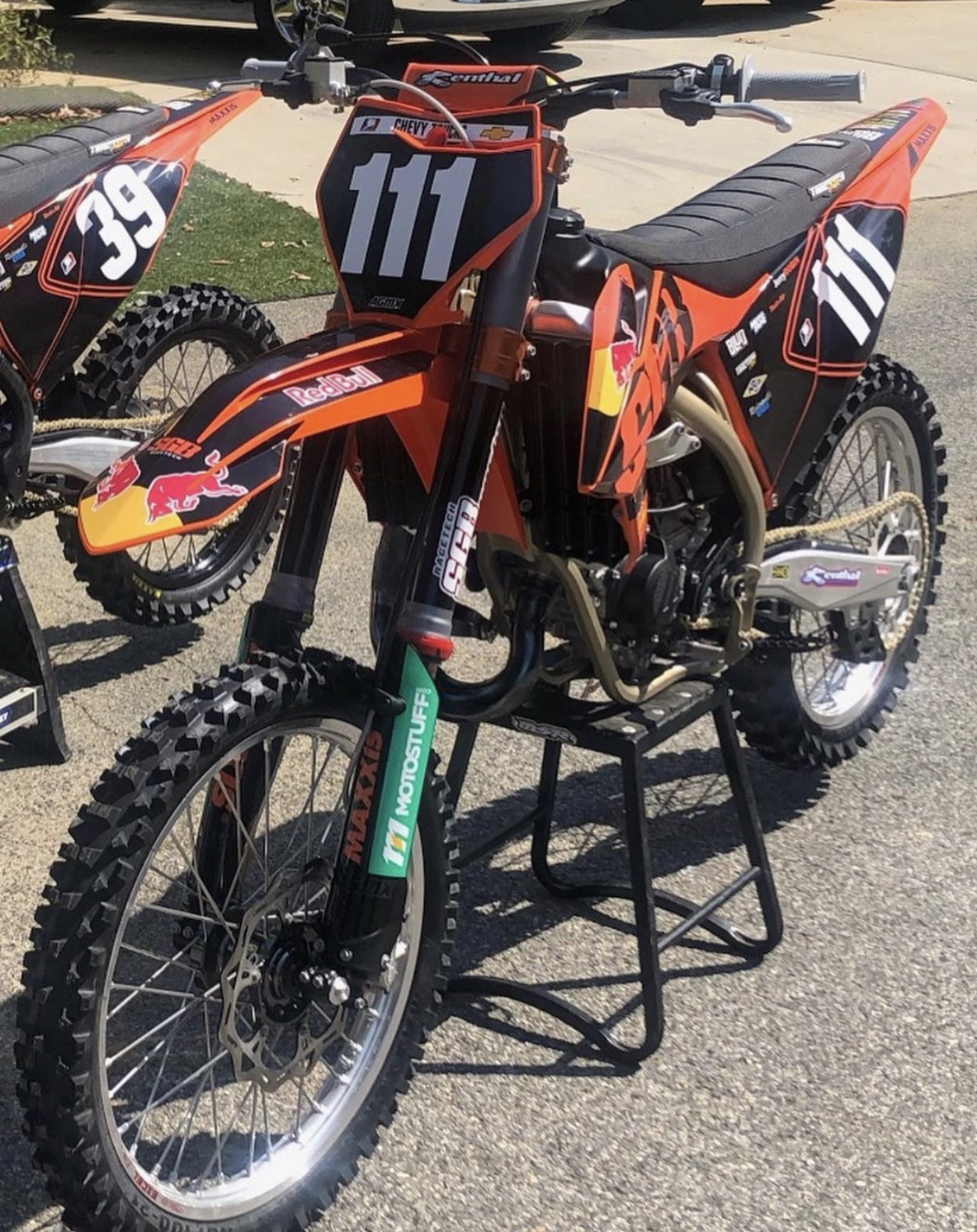 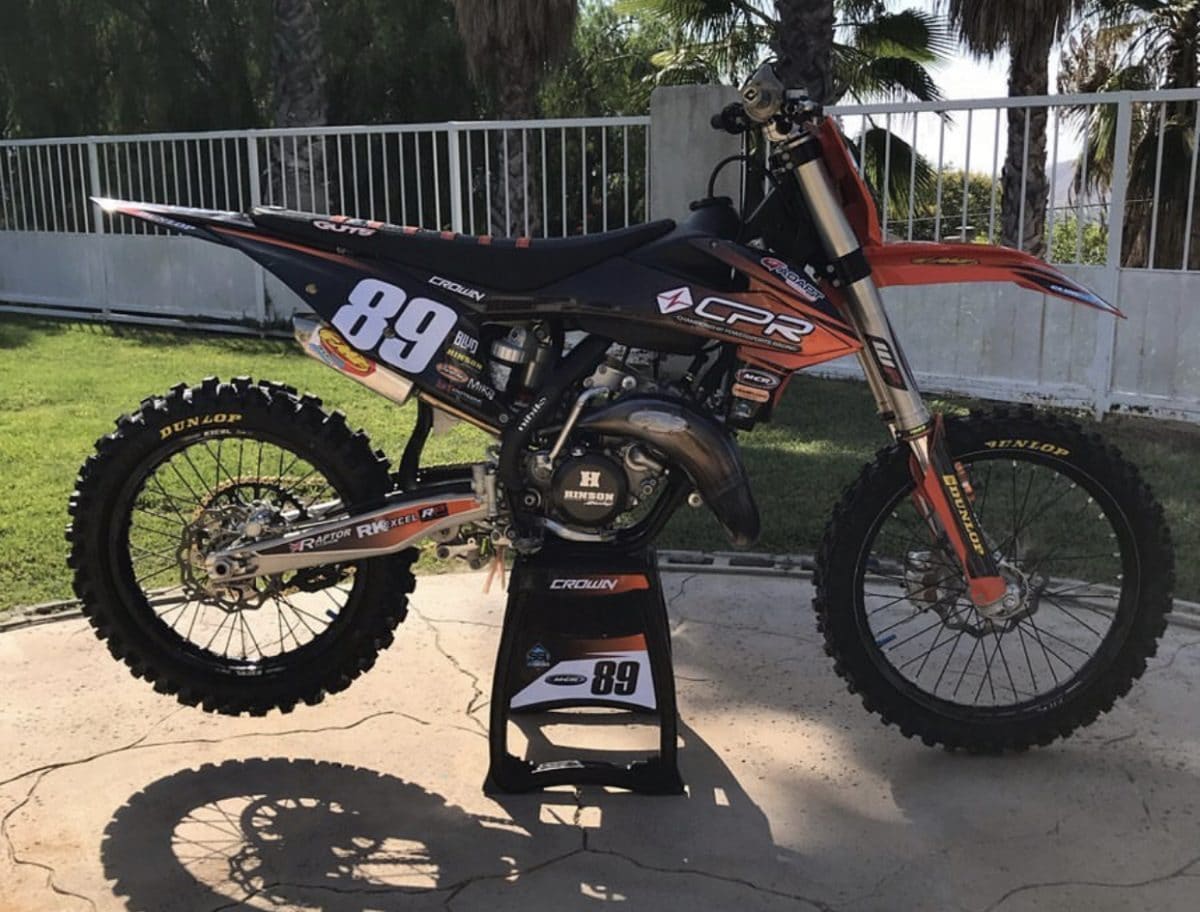 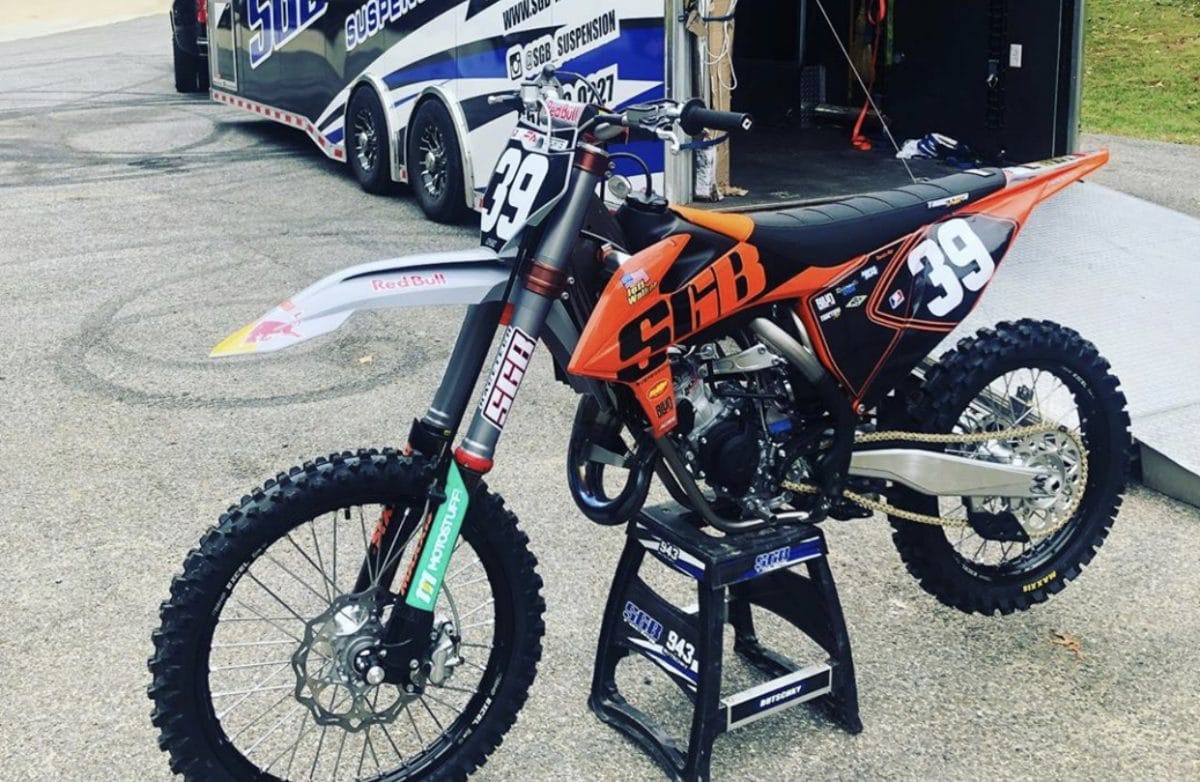