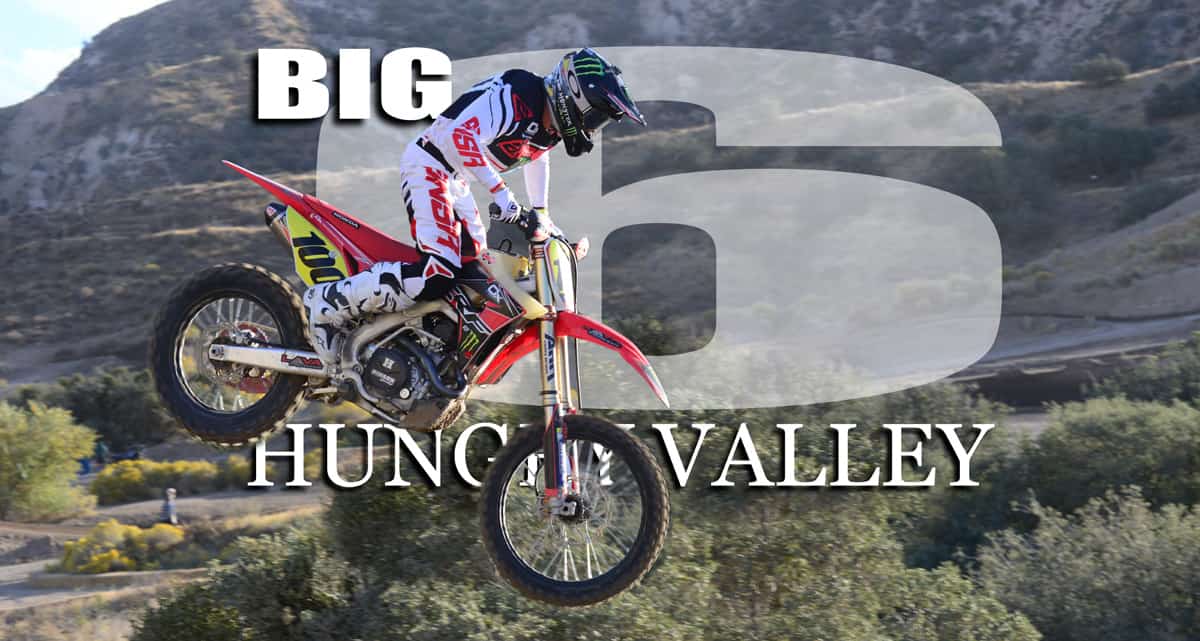 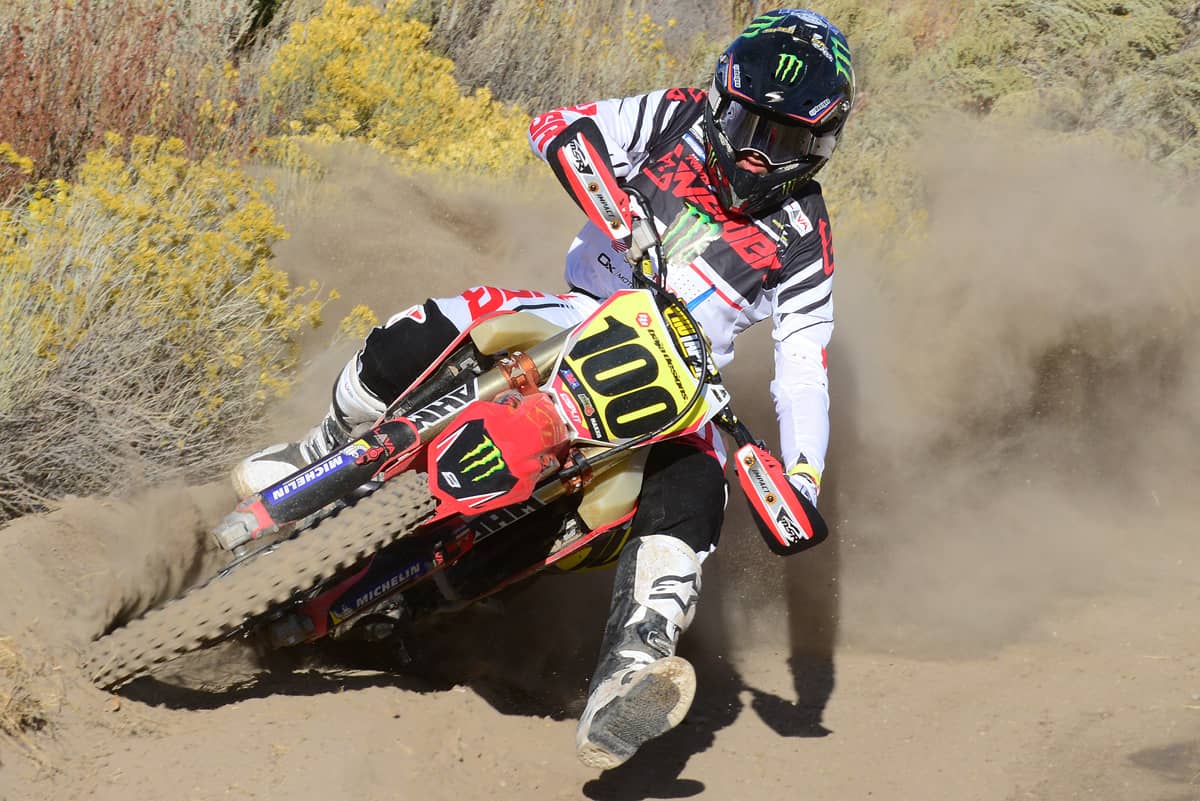 Zach Bell won the Prospectors MC Big 6 Grand Prix this weekend, making it two in a row and four for the year–not bad for a rookie season. His off-road racing career started when Colton Udall was injured prior to the first race. Zach stepped in to ride in Colton’s place on the Ox Motorsports team, and has become the dominant rider. This weekend’s event was a true off-road race and Zach showed that he doesn’t have to have Supercross obstacles to excel.

Even though Bell led almost the whole race, he never managed to get away from JCR’s Trevor Stewart, who turned essentially the same lap times as Bell, albeit 10 seconds back. Stewart inherited the lead when Bell went in for gas, then lost it when he had to gas himself.

Another rider who showed the same speed was RPM’s Eric Yorba. Yorba spent the early laps locked in battle with Blayne Thompson, then Thompson dropped out with mechanical trouble. That allowed Yorba to challenge Stewart for second. In the late laps, Yorba was on top  of Stewart who, in  turn, had closed on Bell, and they all finished within seconds of each other.

Justin Seeds had one if his trademark mistake-free rides, but spent much of the race alone in fifth place,  moving into fourth when Thompson dropped out.

One man who always rides well is Beau Baron. Throughout the year, he’s struggled with the much younger Mitch Anderson in his bid to retain his Pro 2 title. But this week Anderson was on the injured list and Baron stepped it up. Not only did he win the Pro 2 class, but he climbed all the way up to fifth overall in the West Coast GP.

Another rider turning heads is Clay Hengeveld. Clay locked on to Baron’s rear wheel in the Pro 2 race and never let go, finishing just 6 seconds back. Clay has been second or third in every Big 6 GP he’s entered, but has missed a few rounds as well. 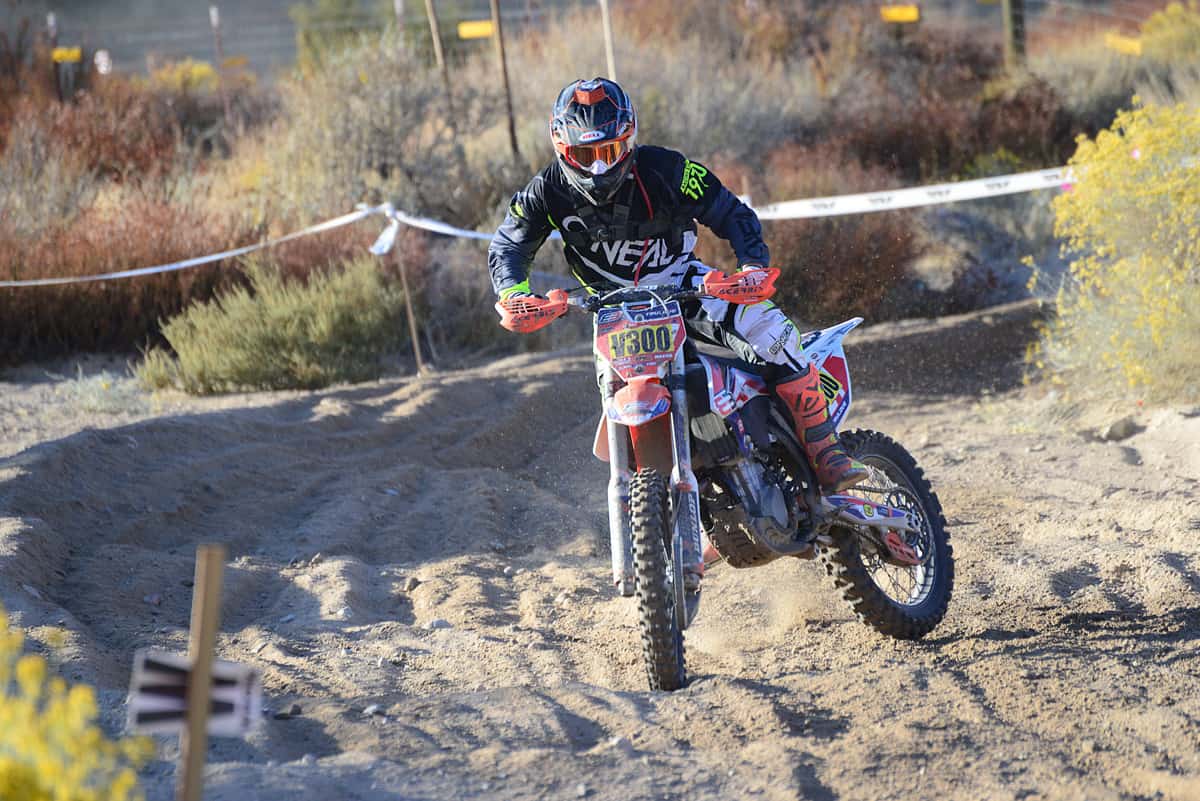 Jeff Trulove was the top Vet rider in the West Coast GP, which is on the course at the same time as the Pro race.  In the separated classes held throughout the weekend, Gordon Ward continued his attempt to win three different age groups. He currently leads the point standings in 30 Expert, 40 Expert and 50 Expert. His record in the 40 and 50 classes remains  perfect after this weekend. In he 30 class, things have been harder. This week he was fourth behind Robby Bell, Kendall Norman and Ryan Reyna. He still has won five of the seven rounds in that class, and with only one round left it’s no longer possible for him to lose. Ward is the first, and quite possibly the last, District 37 rider to win three different age groups in a single season.