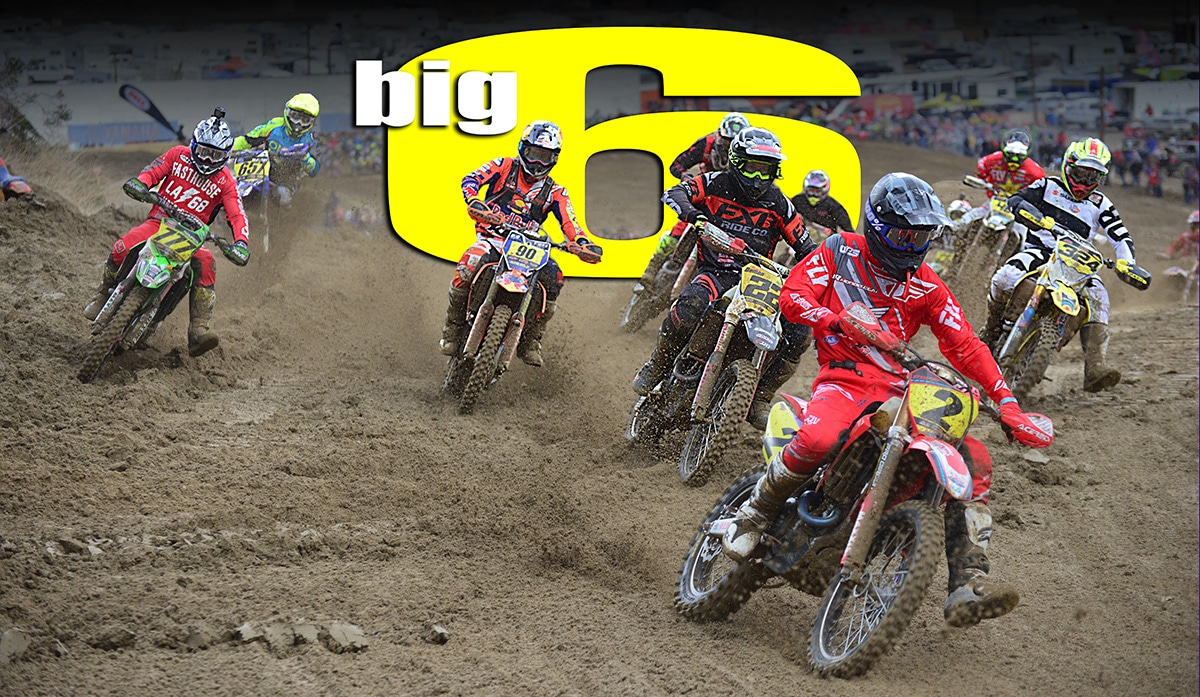 Round three of the FMF Big 6 series looked like it was going to be a mud bath. Overnight rain on Friday actually closed the road to Glen Helen Raceway, forcing the crowd to enter through nearby Glen Helen Regional Park and making the Prairie Dogs MC reroute much of their racecourse at the last minute. By the time the West Coast GP started in the late afternoon, though, much of the course had dried out, making for very tacky, rough conditions. The finish in the pro class was actually one of the closest in Big 6 history, with three riders crossing the finish line within two seconds or each other and another just 30 second back.

The man at the head of that train was Italian Red Bull rider Giacomo Redondi, who also won last week’s WORCS race in Arizona. Redondi spent much the race in third place behind Trevor Stewart and Eric Yorba. On the last lap, all three riders came together. “I took the lead twice on the last lap,” said Redondi. “I got held up by a lapped rider and Eric got under me.” Eric Yorba’s family has been helping Redondi during much of his stay, and the two have become close friends, but that didn’t mean they didn’t go all out trying to beat each other. The rider who had the biggest heartbreak at the end was Trevor Stewart, who looked like he might run away with the lead at one point, but was shuffled to third in the end, after sliding out on wet pavement. GNCC champ Kailub Russell was probably licking his chops at the prospect of a mud race, but the conditions just weren’t wet enough to allow him to overcome a truly terrible start. His bike stalled on the line, and he had to pass almost everyone in the field on his way to fourth. Reigning WORCS and H&H champion Gary Sutherlin had even worse luck, crashing with a lapper early in the race and dropping out. Tallon LaFontaine was the fastest rider in the Pro 2 class for half the race, but points leader Clay Hengeveld made up a lot of ground to catch him and take the lead. Beau Baron was third, just seconds back. The finish for the Woman’s Pro race was just as tight, with Tarah Gieger going wheel to wheel with Kacy Martinez Coy throughout the race before taking the win. For full results, go to big6racing.com.

ATLANTA SX: AFTER THE SMOKE CLEARS