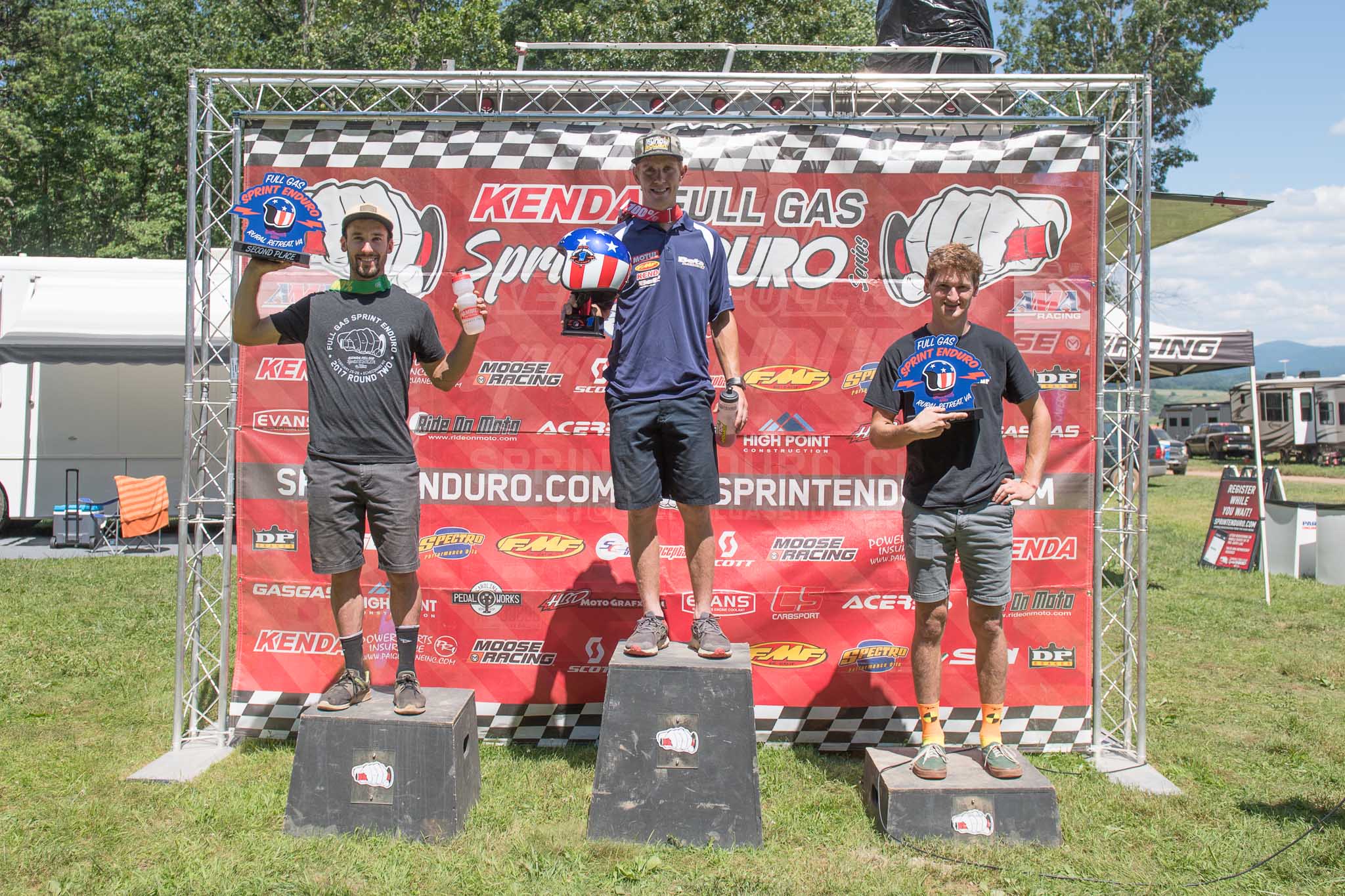 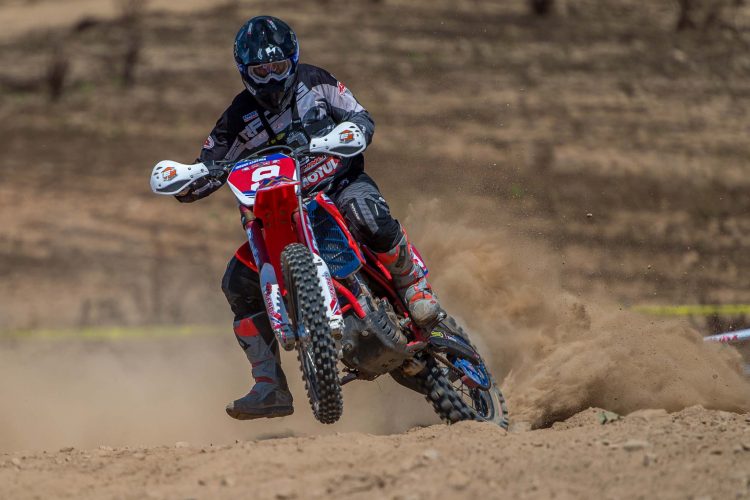 The win marked the second victory in a row for the Beta USA rider in the Kenda Full Gas Sprint Enduro Series, and he did it with speed and consistency, taking two test wins on Saturday and two test wins on Sunday.

“For me, it’s just been about getting used to the sprint series format,” said Ashburn, who is in his first full season with the series in 2017. “It was another good weekend and I just tried to be consistent and hit my lines and it paid off.”

Ashburn got off to a good start on Saturday, winning the first test of the day by about eight seconds ahead of Blythe and Smith. With all six tests in the books, Ashburn was top finisher for the day, finishing just over 10 seconds ahead of Buttrick, who edged out Baylor for the runner-up slot, despite not winning a test all day.

Third went to Baylor, who was just three-tenths of a second behind his teammate Buttrick. “I’d have a good test and then I’d follow it up with a bad one,” Baylor said. “After the first two tests we changed forks and tires and we started making up a lot of time, but that crash in the last test cost me.”

Fourth overall went to Smith, who was strongest all day in the Enduro test, though he did finish second in the first Cross test. Meanwhile, Blythe rounded out the top five with two test wins on the day, both coming on the Cross test.

Blythe got off to a quick start on Sunday, winning the first test of the day – a Cross test, which cut into Ashburn’s overall lead by about three seconds. Ashburn was second with Buttrick in third.

Ashburn got his three seconds back when he topped Blythe in the Enduro test; however it was Smith who picked up the test win. For the rest of the day, Ashburn and Blythe battle back and forth, with Blythe picking up time in the Cross test only to lose it back to Ashburn in the Enduro test.

Heading into the final test of the day – an Enduro test – Blythe held a three-second lead over Ashburn in Sunday’s standings. However, Ashburn turned in perhaps his best ride of the weekend and came across the finish six seconds faster than Blythe, giving Ashburn Sunday’s win by three seconds and also the overall win by nearly 17 seconds. Blythe ended the day and the weekend in second overall, while Smith was third overall. 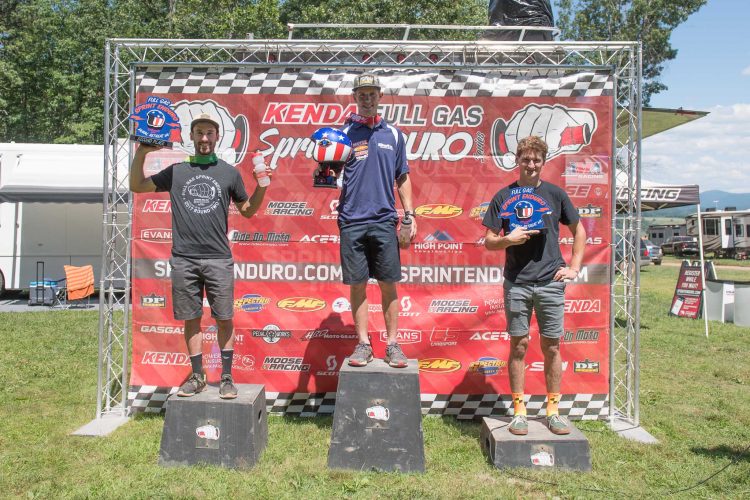