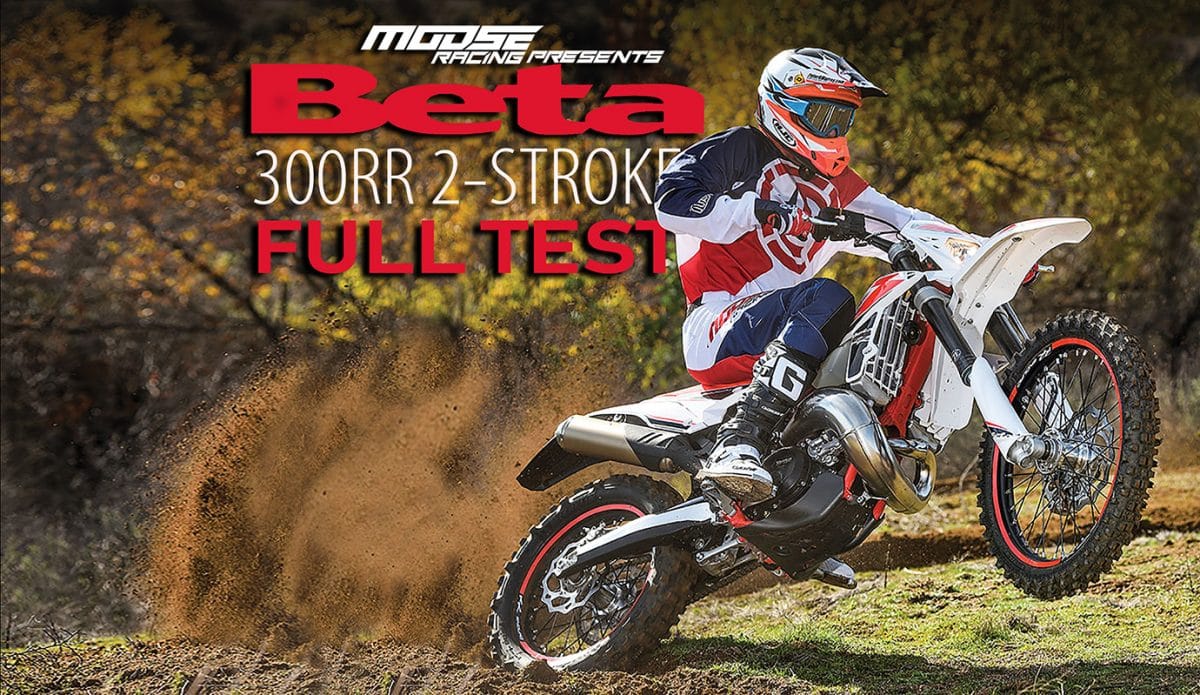 Six years ago, everyone said two-strokes were going away, and yet Beta, a small Italian company with limited resources, invested heavily in the 300RR. Now, here we are in the middle of a two-stroke rebirth. Did Beta foresee it or cause it?
The answer: Who cares? The 300RR is here now as part of a very healthy class of 300cc off-road bikes. Back in 2013 it was all new and offered technology we hadn’t seen before. Now, it’s an established mainstay in a two-stroke world that has changed dramatically. It’s playing a very different role.

HOW WE GOT HERE
When Beta first made the jump from trials bikes to off-road bikes, two-strokes weren’t the primary target. The first Beta off-road bikes were four-strokes, and back in the mid-2000s, Beta used KTM motors. The Beta-made four-stroke motor didn’t come until 2009, and that’s when the company turned its attention to two-strokes. You would think that it would have been easier because Beta had been making two-stroke engines for trials bikes for years. But, the engineers resisted the urge to fit an existing motor into an off-road frame. Instead, they tinkered with an all-new motor that showed up in 2013. In some aspects, it exhibited a heavy KTM influence. The bore and stroke were identical, and even some KTM parts were said to fit. In other ways, however, the bike was its own creature. The electric starter, for example, was integrated into the center case, whereas the KTM of the time had an exposed motor hanging off the mag side of the engine—clearly an afterthought. The Beta had a power valve with an adjuster on the right case, much like a KTM’s.

Fast-forward to 2019, and the Beta 300 has gone through a steady evolution. The basic design is the same, but individual parts have changed. The biggest of those changes is the move to oil injection. In 2016 the bike gained an oil tank under the seat and an electronic brain that eliminated the need to mix oil in the gas. The move was met with mistrust by two-stroke purists but has proven itself with time. The earlier models had some issues with electric connectors that weren’t well-waterproofed, and that resulted in some failures. If you look through the various forums that deal with this, it’s clear that Beta was very good about warranty support. Now, most of the issues have been dealt with. The biggest advantage is that the chance of some kind of human brain failure is greatly reduced. The single-most common failure with two-strokes is gas mix-ups. If you are absolutely confident that you’re immune to that kind of brain fade, Beta sells a conversion kit that will make the system revert back to premix. There’s also a Factory model of the 300 released later each year that has no injection. As for us, we love the oil-injection system simply because we always mix two-strokes and four-strokes on the same rides, plus we get much more mileage out of a bottle of injector oil.

DOWNERS
• No spark arrestor
• No handguards

Over the years Beta has also made substantial changes to the top end, crank and power valve. It still uses a Sachs fork and shock, but they’ve changed, too. This year the fork is the latest ZF open-cartridge model and has all the adjusters on the fork caps: compression, rebound and preload. The brakes are Nissin. The pipe is by Arrow, and Moto Tassinari supplies the reed. In some places far, far away, the bike is street-legal, and as a result, it has a number of little oddities. There’s a horn, and the bike comes with Michelin Enduro tires that are DOT approved. For 2019, the engine has a new engine control unit, a larger clutch actuator, an additional power-valve adjuster and a new expansion chamber. 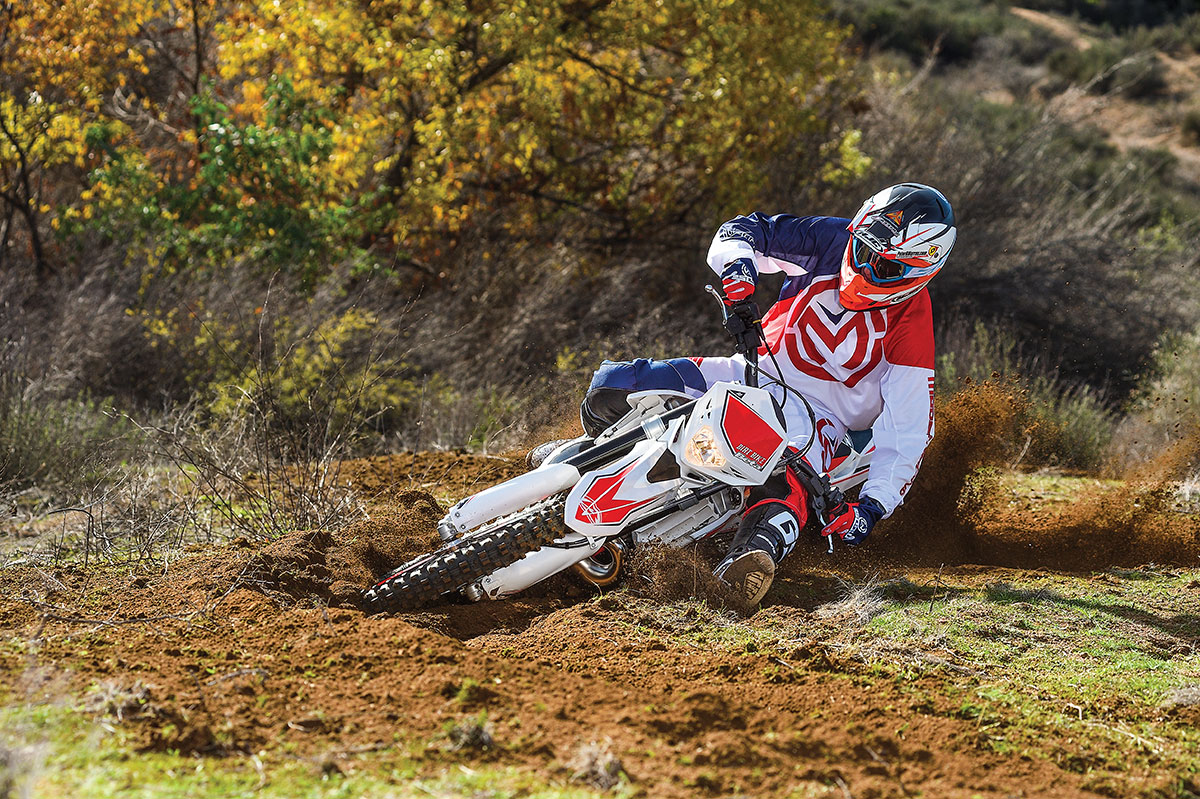 STILL BETA
The influence of the Beta 300 goes far beyond the number of bikes sold. It clearly had an impact on other manufacturers and was a part of the rising tide of two-strokes. The main reason: it worked. It still does. The 300RR motor is a sweetheart. It runs cleanly and smoothly from idle through a strong midrange. It isn’t a revver, so you can’t go toe to toe with a 450 motocross bike, but the Beta 300 has never been about peak power and screaming revs. It’s just smooth, happy and willing. That means the bike works best on tight, twisty trails. When the trail gets really difficult, the Beta saves you time and time again by pulling from super-low rpm where, by all rights, it shouldn’t even run.

For the most part, the stock jetting is spot-on. This is one area where the Beta clearly outshines the carbureted KTM 300XC, which has always suffered from lean surges down low. The Beta does none of that, but we did experience some pinging on cold days. If you ride in cold climates, you might consider either race gas or the JD jetting kit. JD also offers a power-valve modification for older Beta 300s that gives you a little sharper hit if you feel the motor is too smooth. The 2019 model has a number of optional power-valve springs that you might want to try first, but don’t expect grand changes in personality. The 300 motor has a very long way to go before the hit becomes even slightly bothersome. Beta also gives you a handlebar switch to change ignition maps on the fly. Position number two with the little picture of a raincloud is to calm down the power delivery. Again, most riders want to go in the opposite direction, if anything.
The one recurring complaint with the 2019 300RR is vibration. This is an interesting flip-flop. In our test of the 2014 model, we said that a lack of vibration was one of the bike’s strong points. We don’t think it has changed for the worse, but the competition has changed for the better. The 2019 class of 300s has improved in part because of pressure that Beta itself created.

LONG AND LOW
Beta two-strokes have a distinct feel on the trail. The bike seems long, low and very maneuverable. It’s hard to actually document this. From wheelbase to seat height, the measurements aren’t that different from other off-road bikes. Still, the overall handling is excellent, and there’s been a steady weight loss since the bike was introduced. The 2019 version weighs 229 pounds without fuel on our scale. It had a full oil tank of 650cc, so tech nerds could subtract another 1.2 pounds if they want to compare the Beta to other two-strokes that we’ve weighed. The short form is that it’s a little lighter than a Gas Gas or Sherco and heavier than a KTM or Husky. That’s exactly how it feels.
One of the costs of getting the weight that low is the loss of the kickstart lever. The bike is dependent on the electric starter. That’s fine, but you have to be mindful of your battery charge before leaving the garage. The lithium battery doesn’t like cold weather, but it generally warms up after a few stabs of the button and everything is fine. If not, it will bump-start and charge itself in a very short ride. We know of several riders who disconnect their batteries as soon as they’re done riding, but this might be overkill unless you have hot grips or some other non-stock battery drain. The Beta does, at least, offer easy battery access with push-button seat removal.

We still haven’t quite come to terms with the new Sachs ZF fork. We love the fact that all the adjusters are within easy reach without the need for tools or lying on the ground. The preload adjuster is a bonus, but most riders feel the stock spring rate is soft, even when you max out the adjuster. That’s great for first-gear riding on tight, rocky trails, but when the speed increases, you have to deal with substantial fork movement and dive under braking. We know that companies like Race Tech, Kreft and Stillwell already have good results with Sachs components.
In the rear, the shock is soft, too, but it responds well to increases in damping and spring preload. In fact, we’ve become big fans of the new ZF shock. It’s easy to adjust and has good, old-fashioned aluminum preload rings instead of the plastic pieces that come on late-model WP shocks. 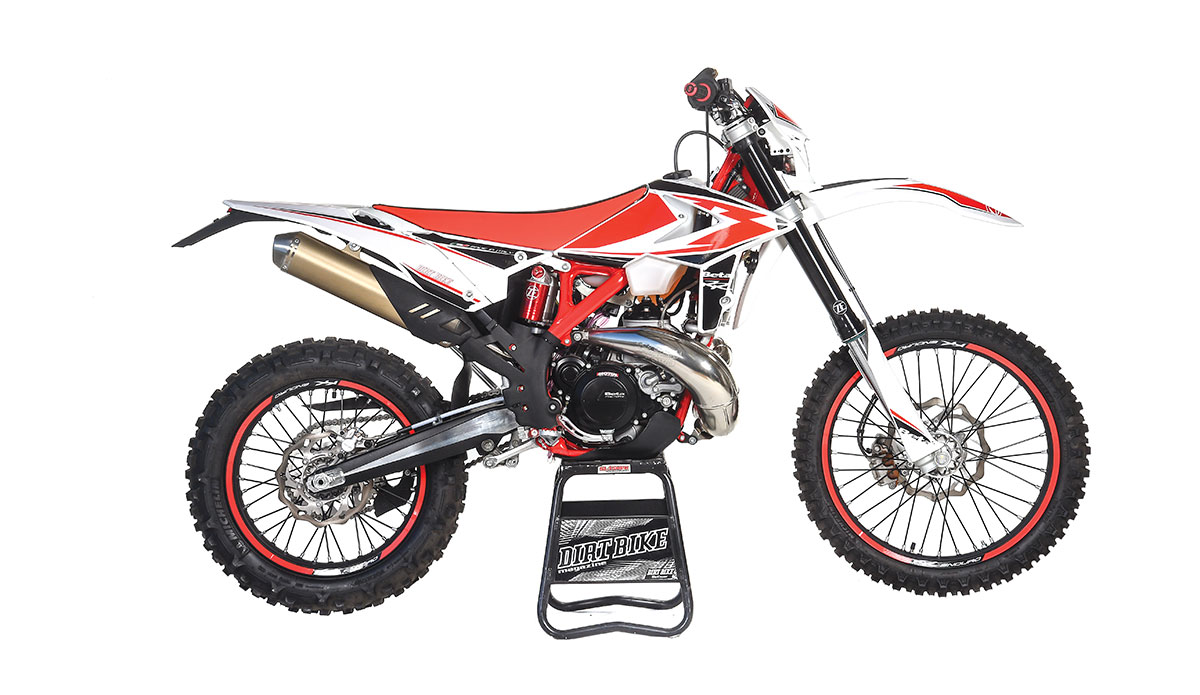 BECOMING MAINSTREAM
The best thing about Beta today versus Beta of 2013 is that it’s rapidly becoming a mainstream brand. Back then, you had to worry about parts availability and whether or not the company would be around to honor its six-month warranty. Those worries are gone. Beta is here to stay, and there’s lots of information available from a growing body of riders. Is your airbox being filled with mud and debris? There are easy fixes on YouTube. Same goes for any simple mechanical issues. Like any bike, the Beta has its quirks. Now, the quirks are small, the solutions easy and the bike can be judged on its own merits. 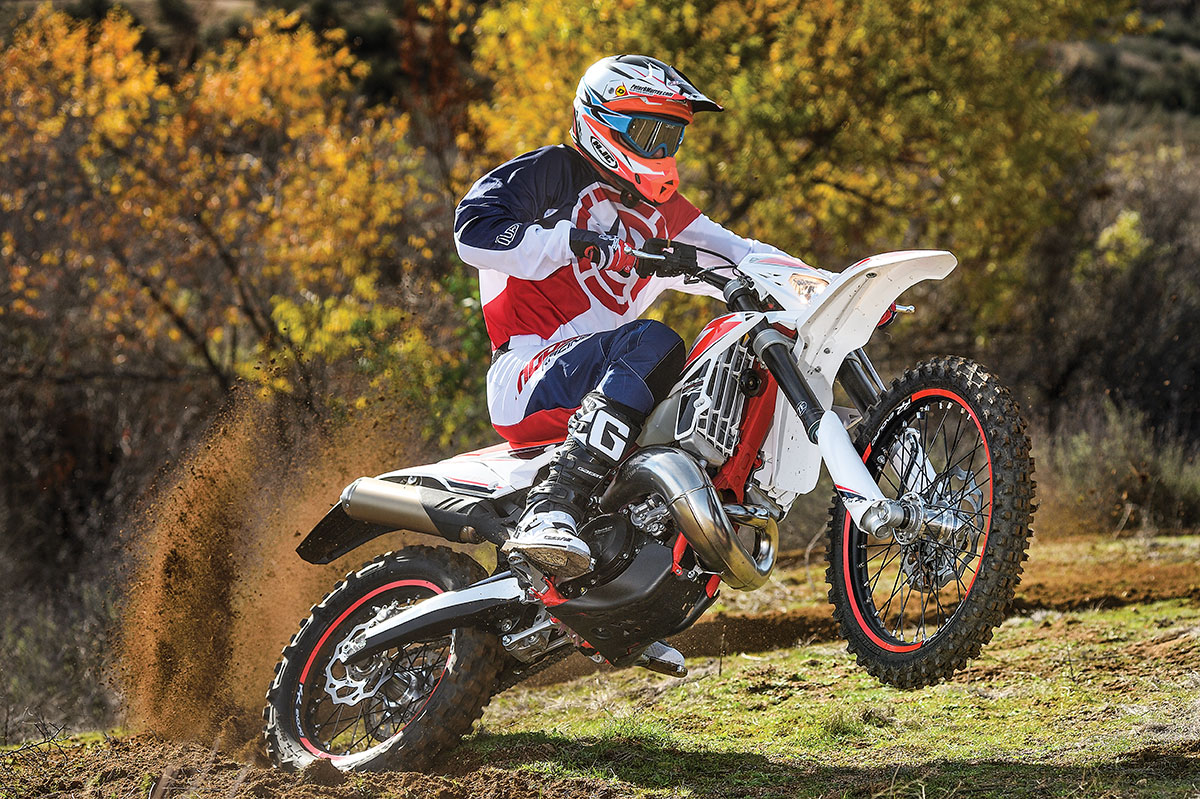 Yoshimura Offering a Variety of Hard Parts for the RMX450Z