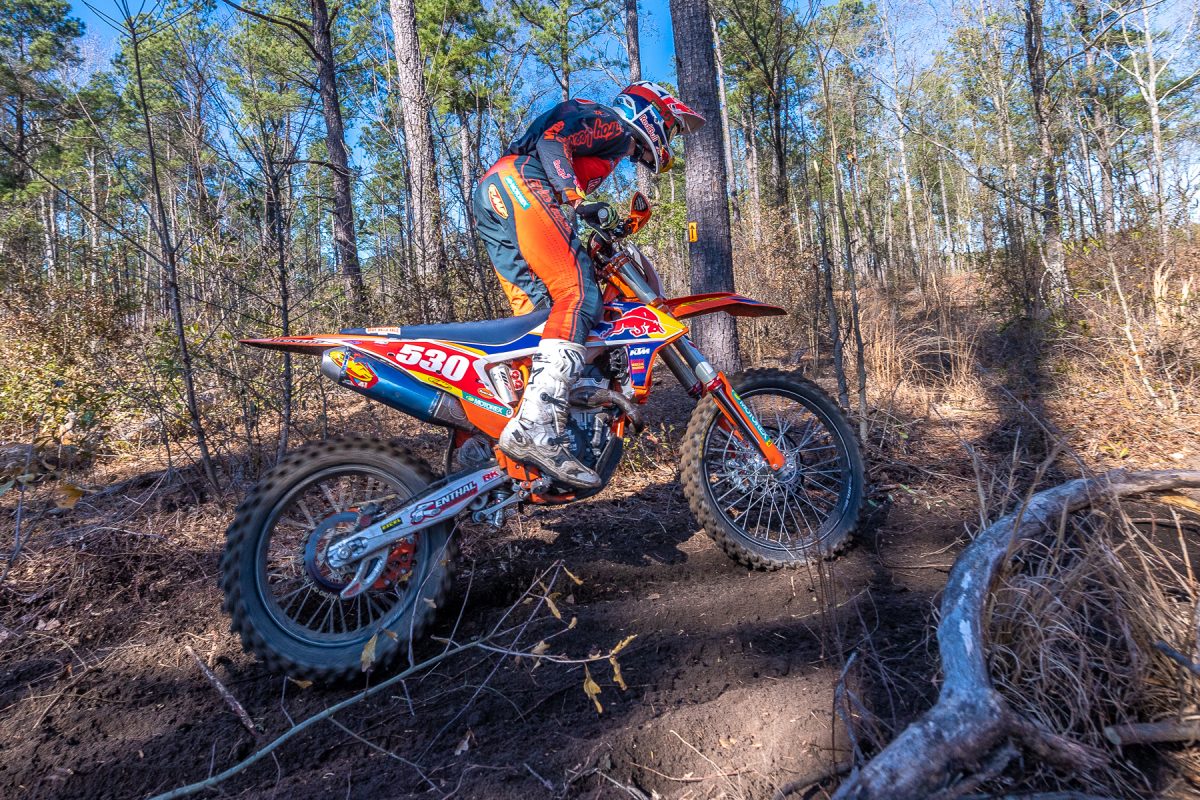 Kelley won three of the six tests, with his win in the sixth and final test being the decider. “I think I was leading all day and then both the Baylor’s got me there on the fifth test,” said Kelley. “I was down two seconds to Stew and it was going to be another long, 10-mile test so I just tried to go out there and ride fast and smooth and stay off the ground. I was able to do that and hit my marks for the most part. My first-ever national enduro win, after a year of not racing them. I just felt really good. Just stoked to get the win.”

FactoryONE Sherco’s Steward Baylor was second, nine seconds behind Kelley, while Steward’s brother and fellow teammate, Grant, finished third, another 17 seconds back. The Baylor brothers, who switched to Sherco during the off-season, were considered the favorites heading into the race since Sumter was a home race for the South Carolina duo. Not to mention they finished one-two in last year’s championship. However, Steward didn’t seem to be worried about finishing behind Kelley since last year Gnarly Routes KTM’s Russell Bobbitt won the Sumter opener before Steward and Grant combined to win the remaining nine rounds of the series.

“Today was up and down,” said Steward. “We only had one day on these new bikes. We broke them in yesterday and it was a huge learning curve. I think we were just a little bit off.”

Like Kelley, Rockstar Energy Husqvarna’s Thad Duvall skipped the national enduro series last year, as well, but managed a solid fourth. “My expectation is always to win, but I haven’t raced in four and a half months so I didn’t know really where I was,” said Duvall. “I’ve been down in Florida for almost three weeks now riding and I felt like I had the speed and stuff. Just didn’t know where I would be at with the knee, but I’m happy with how it went.”

Duvall’s Rockstar Energy Husqvarna teammate, Trevor Bollinger, came in with very little national enduro experience, but picked it up quickly, despite not being used to the tight trail, and rounded out the top five. Meanwhile, Coastal Racing Husqvarna’s Ricky Russell is new to the series, too, and came in sixth, just 16 seconds behind Bollinger. 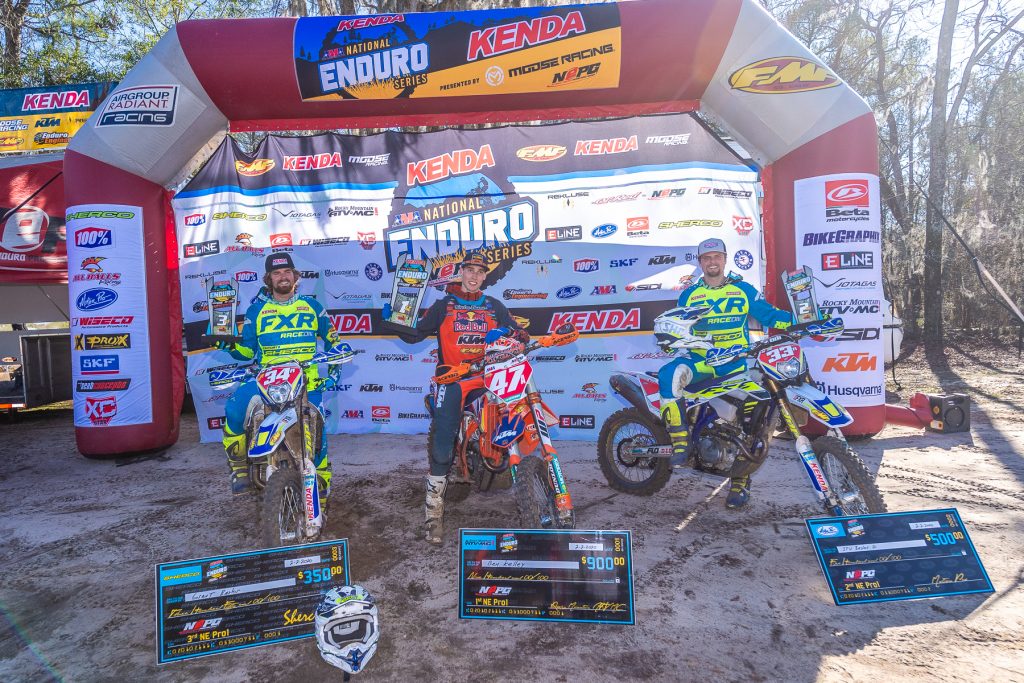 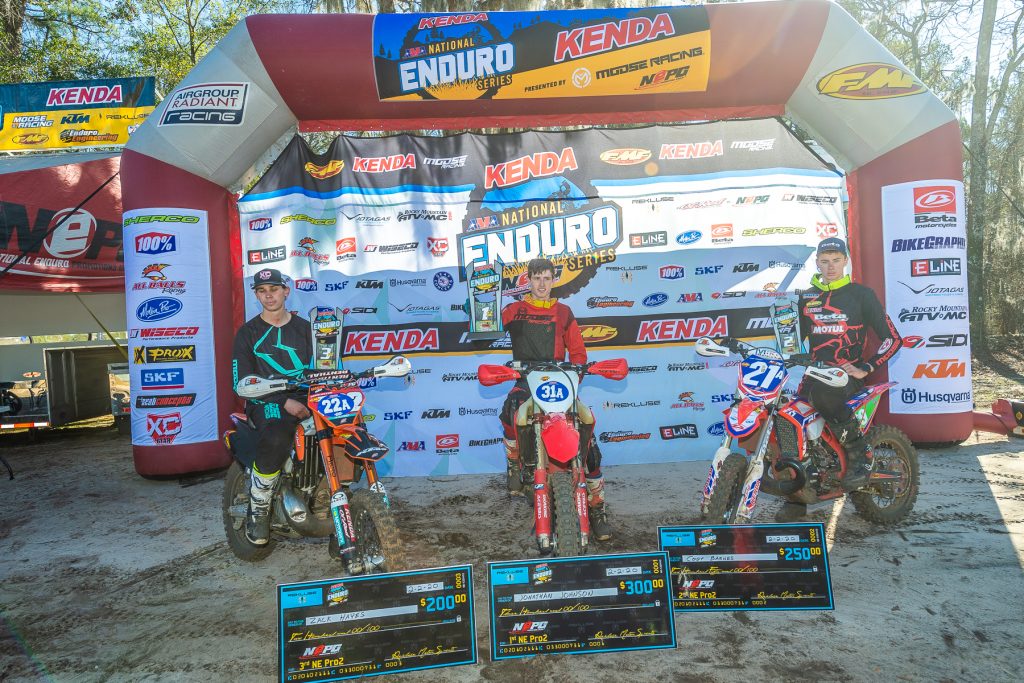