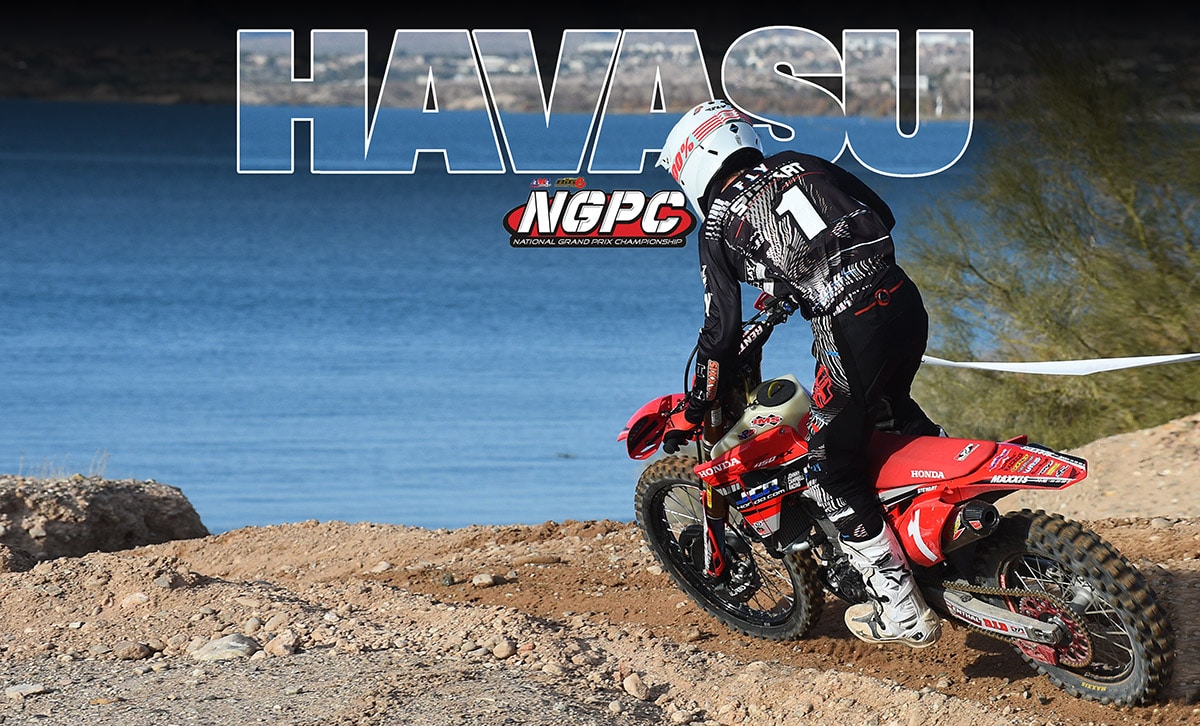 Trevor Stewart will always have a place in the record books now as he has become the first AMA National Grand Prix Champion. He rode all year long with a big number one on his JCR Honda, because the series was built upon the existing AMA District 37 Big 6 Series, where he was the 2018 title holder. That series was given National Championship status at the start of 2019, and this weekend, it all wrapped up with the Vikings MC event in Lake Havasu, Arizona. Going into the race, Stewart knew he had to finish fifth or better to clinch the title. “I’m trying not to think of that,” he said before the race. “I just want to have a wining attitude.” Winning would be though, because Precision Concepts/Chaparral Kawasaki rider Zach Bell had been riding a winning streak in western Off-Road racing. On top of that, he had 2018 WORCS champion Giacomo Redondi and supercross privateer Cole Martinez to deal with. At the start, it was Purvines Yamaha rider Justin Seeds up front with Zach Bell. Before long, Bell began to gap the rest of the field, leaving a tight battle for second between Martinez, Stewart and Seeds. They would never lose sight of each other until the chaos of pit-stops around lap 10.  Once the order settled down again, Dalton Shirey had inserted himself into the battle. In the closing laps, they finally began to spread out. Zach Bell took his fifth consecutive Pro win ahead of Martinez, who was just returning to action after breaking his femur at the Indy Supercross. Stewart rode smart to finish third and claim the number one plate ahead of Shirey, Seeds and Ryan Surratt. For full results go to ngpcseries.com.