BEAT UP FROM THE FEET UP 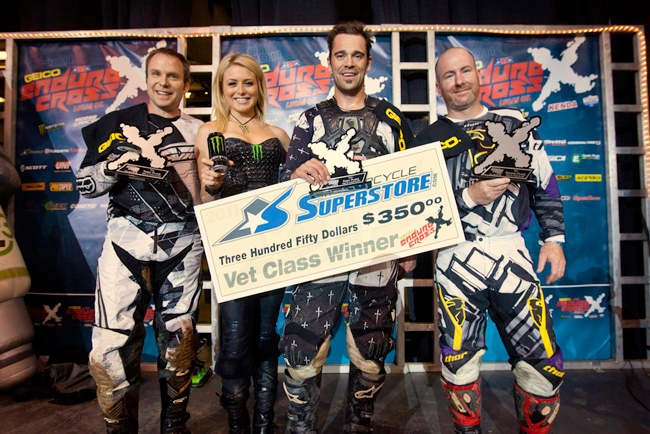 The magazine life doesn’t always afford us the chance to ride three days in a row but when it does, it can be a whirlwind of chaos, like my Friday, Saturday and Sunday in Boise Idaho. I rolled the mighty Sprinter out of the driveway at 3:30am Friday and headed down the coast to the ever joyous LAX airport. I hopped a small plane to Boise and met up with Al Youngswerth, owner of Rekluse to do some Idaho trail riding, something I’ve been told I needed to do. It’s pretty cool to get picked up outside an airport by a truck with a trailer in tow full of bikes in tow. I jumped in the truck at 10:00 am, already awake for seven hours and we embarked on the two-hour drive to the trailhead. Nine hours of travel in the books.

Boothy taking a moment to enjoy the scenery.

My trusty stead for the day was a Rekluse owned KTM350SXF with over a hundred hard test hours. Al warned me of some start issues, told me he was testing some different clutch parts but wouldn’t give me details, then told me to hammer on it. I grinned as we headed out for a five-hour adventure. I also brought our Fastway system 5 stabilizer to get more test time one it. I spent about fifty percent of the ride blown away by the scenery, sometimes wandering dangerously of the trail, taking it all in. I’d probably move to Idaho if it weren’t for the whole snow thing for half the year.

Boothy fell more than once in the woodpile.

Saturday morning I unloaded my YZ250F out of Kyle Redmond’s van (thanks for hauling it up there Kyle) and went to work getting it ready for my day of EnduroCross. I was so pumped on the previous days trail ride I felt the trip was already a success but I focused on the task at hand. After the riders meeting and the track walk I knew I was going to be sore, the rock section was screaming my name. Between my open amateur and vet practice sessions I was riddled with sore spots and left with a limp thanks to a severely bruised left butt cheek. The rock pile ate me alive and my YZ250F looked like it had been through a garbage disposal thanks the abrasive Volkswagen sized boulders. I didn’t qualify out of my amateur class and just squeaked into the main in the vet class. I was having a hard time and most of my problem stemmed from spending the entire lap dreading the rock pile! The night show started and due to my lame qualifying I had sixth gate pick. I lined up in the middle and when the gate fell I went for it. I ended up with the holeshot and lead almost the entire first lap before getting passed by Shane Cuthbertson, who was hauling! I had a small battle to stay in second till the finish and was happy to be on the podium. As soon as my race was done, I grabbed my camera bag and headed back out on the track to watch the pro finals. Once again, Taddy laid it down and won easily with Mike Brown in second and Geoff Aaron in third. Cody Webb and Justin Soule came together in the unique double water hole and Colton Haakar went out on the first lap with a hurt thumb. After a 14-hour day at EnduroCross and about as many falls in the rocks, I was ready for some much needed sleep.

Patrick from Rekluse helps organize the groups at the industry ride out of Murphy.
My last and third day in Idaho was an industry ride out of Murphy, just right outside Boise. About fifty riders showed up, some from the media, EnduroCross racers, employees and club members. The Boise desert is a lot like the California high desert and southern Neveda. I got to ride the Rekluse 350 and put another five hours of slicing and dicing sand washes, two track and some sweet single track. The industry gathering was good people, good riding and some left over BBQ hot dogs. Our group went exploring for a few extra hours so we were late to the party. It’s Monday morning, I’m back on a plane towards the Dirt Bike offices and I can still hear the faint calls of a brutal rock pile.

Dirt Bikes 2011 YZ250F shows the results of my struggles in the rocks. The swingarm is blasted with dents and scratches, the GYTR chain guide looks likes it’s two years old and the brand new Scotts disc guard did it’s job, giving some of its aluminum up in the process.

Just some of the views while trail riding.

Here is Taddy blasting the double water hole jump during practice at EnduroCross.

Here is the well-used test platform Boothy popped wheelies on for hours.

Boothy on the right was stoked to finish second.
Share FacebookTwitterGoogle+ReddItWhatsAppPinterestEmail