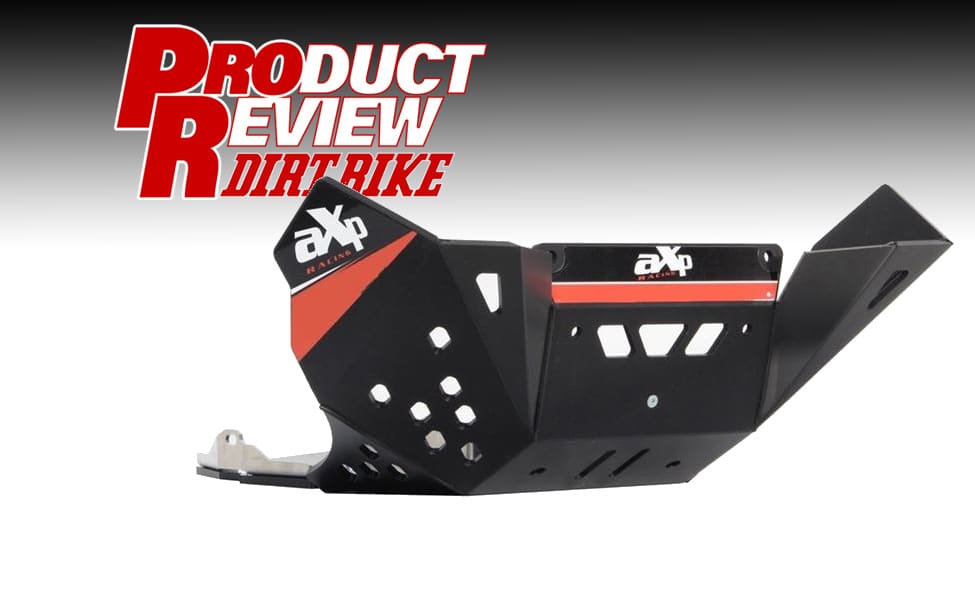 PRODUCT: The AXP Racing skid plate for the Husqvarna 901 Norden has been developed to protect the vulnerable engine block and the fuel tank from heavy impacts. Made of 8mm-thick HDPE (high-density polyethylene plastic), this Hard version uses a specific mounting system at the rear for maximum strength/rigidity with no direct link to the engine, making it stronger. A slice of 8mm-thick foam is supplied to stick between the plate and the tank, and save it from any friction. The sticker is supplied but not stuck on the skid plate. A mud guard is included in the package and will allow it to let a maximum amount of debris out of the bash plate without impacting the cooling. 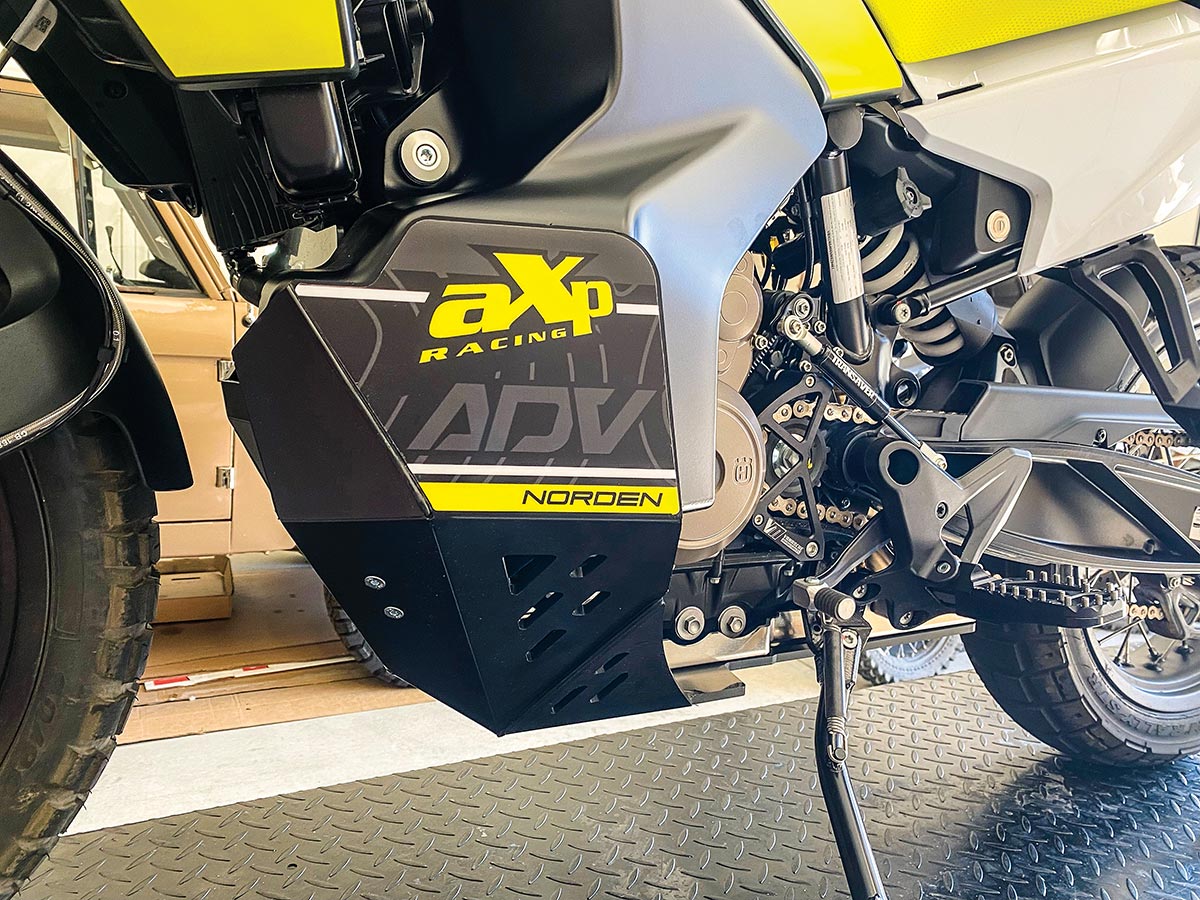 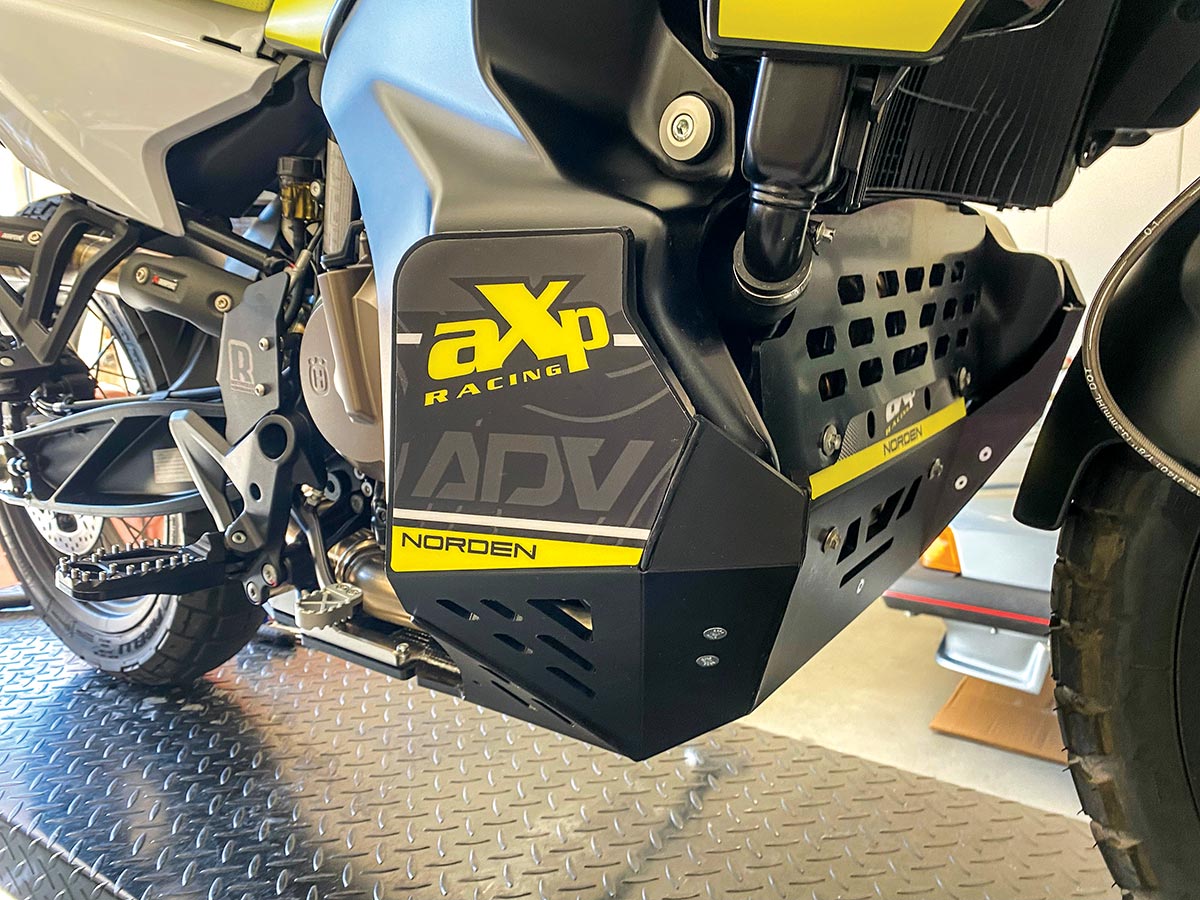 OUR TAKE: After you divvy out nearly 14K for a new Husqvarna Norden 901, parting with a bit more cash to protect the engine and low-hanging fuel tank from abuse is on the list of priorities. The stock skid plate is fairly thin and does offer protection for the lower fuel tank. But, AXP’s unit is flat gnarly, at 8mm thick and formed out of the high-density polyethylene plastic. It also offers additional protection further up in front via an additional plate.

The instructions are decent. We had some issues with the center block mounting with hardware that wasn’t quite long enough, and kudos to the supplied sticker, which matched the shroud and seat stripes. On the negative side, our only gripe comes in performing oil changes. The stock skid plate comes off rather easy, which is necessary, and this is not the case with the AXP. It is fixed to the footpeg mount (for increased strength), but it’s tougher to remove the heavy-duty hardware supplied that also had Loctite used on the threads.
Overall, super durable, visually nice, and increased protection to a beefy engine and low-hanging side-pod fuel tanks.
Price: $360
CONTACT: www.axp-racing.com