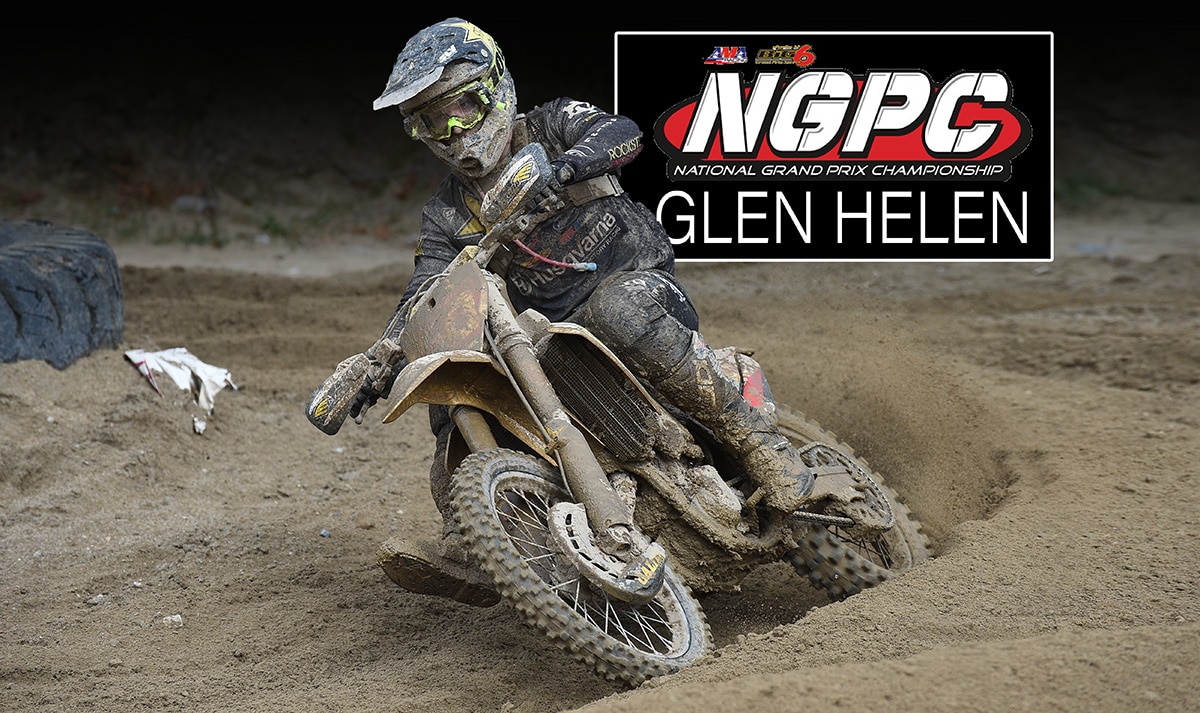 Nature threw an arsenal of elements at Glen Helen Raceway for round three of the 2020 National Grand Prix Championship series. Wind, rain, dust and mud were the themes of the weekend as conditions changed dramatically over three days of racing. A rainstorm hit the raceway just as the premier class took to the track on Sunday. That didn’t seem to affect Chaparral Kawasaki/Precision Concepts rider Zach Bell at all, though. He got the start and absolutely checked out, leaving SLR’s Trevor Stewart, Rockstar Husqvarna’s Austin Walton, Cole Martinez and Ryan Surratt to fight over second place. The bulk of the heavy rain came down on the first lap, making vision issues critical, but soon enough the rain tapered off, leaving the track in excellent shape. That pushed the pace faster as Bell’s lead grew over Walton, Stewart, Martinez, Surratt, Blayne Thompson and Justin Seeds. About 40 minutes into the 90-minute event, though,  the makeup of the race began to change. Bell’s Kawasaki came to an abrupt halt with a race-ending motor failure. Not long after that, Surratt and Seeds also blew motors. That left the race for the lead in the hands of Walton and Stewart, who were only seconds apart. They kept pushing the pace to the very end, both turning their best lap times on the final lap. In the end, Walton held on to take his first overall win. Stewart’s SLR teammate Cole Martinez was third ahead of Dalton Shirey. JP Alvarez and Mateo Oliveira battled for the Pro 2 win for the entire race, with Alvarez winning by a couple of bike lengths. For full results, go to www.NGPseries.com.

BRILLIANT MODIFICATIONS FOR YOUR ADV BIKE