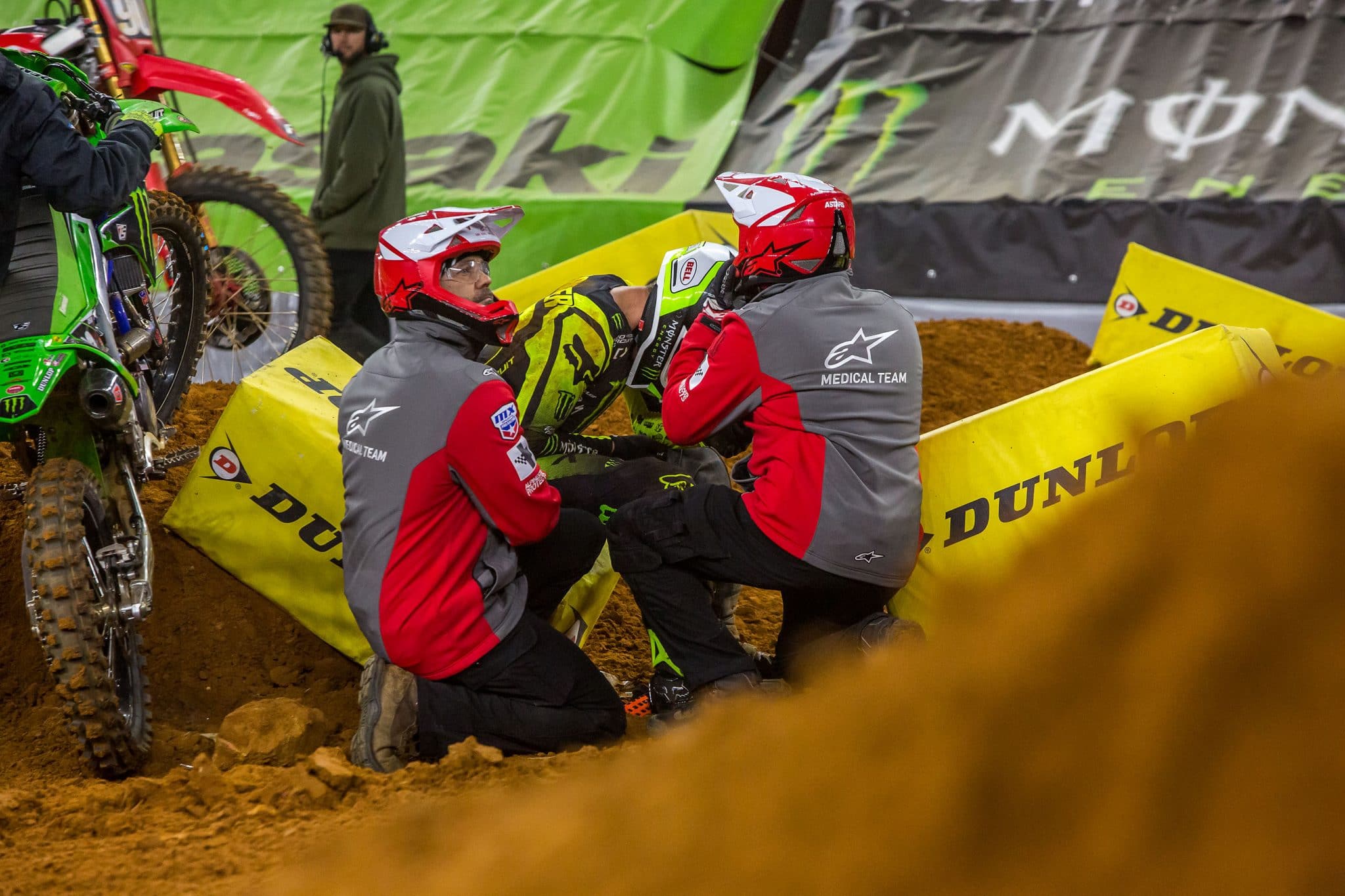 Monster Energy Kawasaki rider Austin Forkner has had a rough couple year since turning Professional, the 250 east coast SX class has chewed him up and spit him out. Suffering injury after injury and on Saturday night with the entire world watching it happened all over again. While battling with Red Bull Honda rider Jett Lawrence for the lead the two riders came together over the finish line when their lines crossed in the air. Both riders went down hard. Forkner has now confirmed he suffered a broken collarbone in the crash and will likely miss the remaining east coast SX rounds. Below is a social media post directly from Austin Forkner himself:

“Well, collarbone is broke.. but after watching how hard I hit I’m lucky it wasn’t worse. Same one from last year just broke around the plate and through a couple screws. I knew it was broken as soon as I got up. I’ve just been dreading making the post about it, but I guess here it is. You know, I really was trying to make changes this year to my riding and my mentality to be ok with not being the fastest guy at every race, or settling for a 3rd or a 5th at times so I would be at every race and make it to the end of the season. And if that left me with a championship then great, but if not then so be it. But that’s why this sport is so damn tough because sometimes none of that matters and things just happen. Anyways, it is what it is. I do really appreciate all the support from everyone, it means a lot. I’ll be back.”

Here are a few images that our photographer Travis Fant got of the crash: 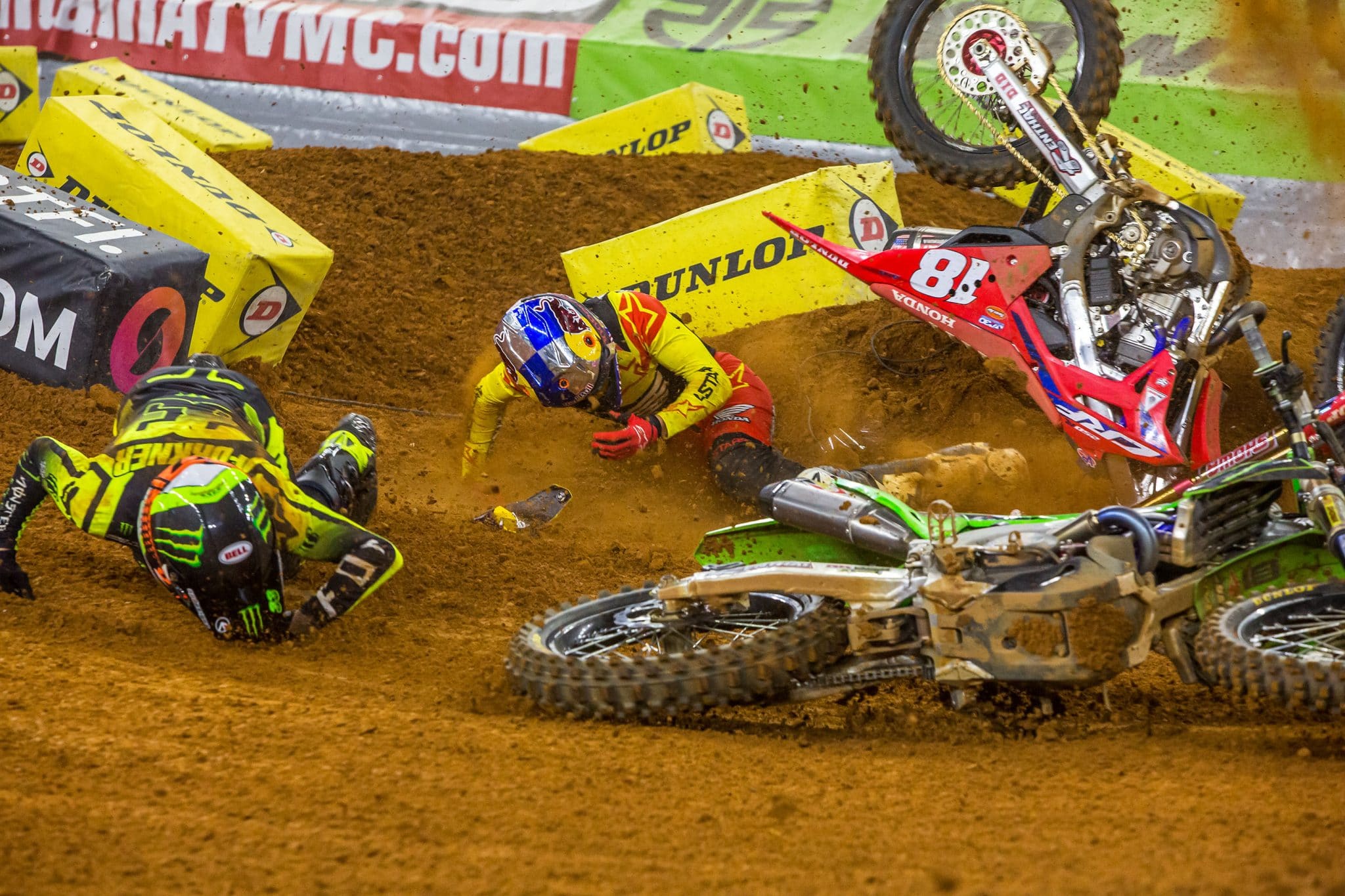 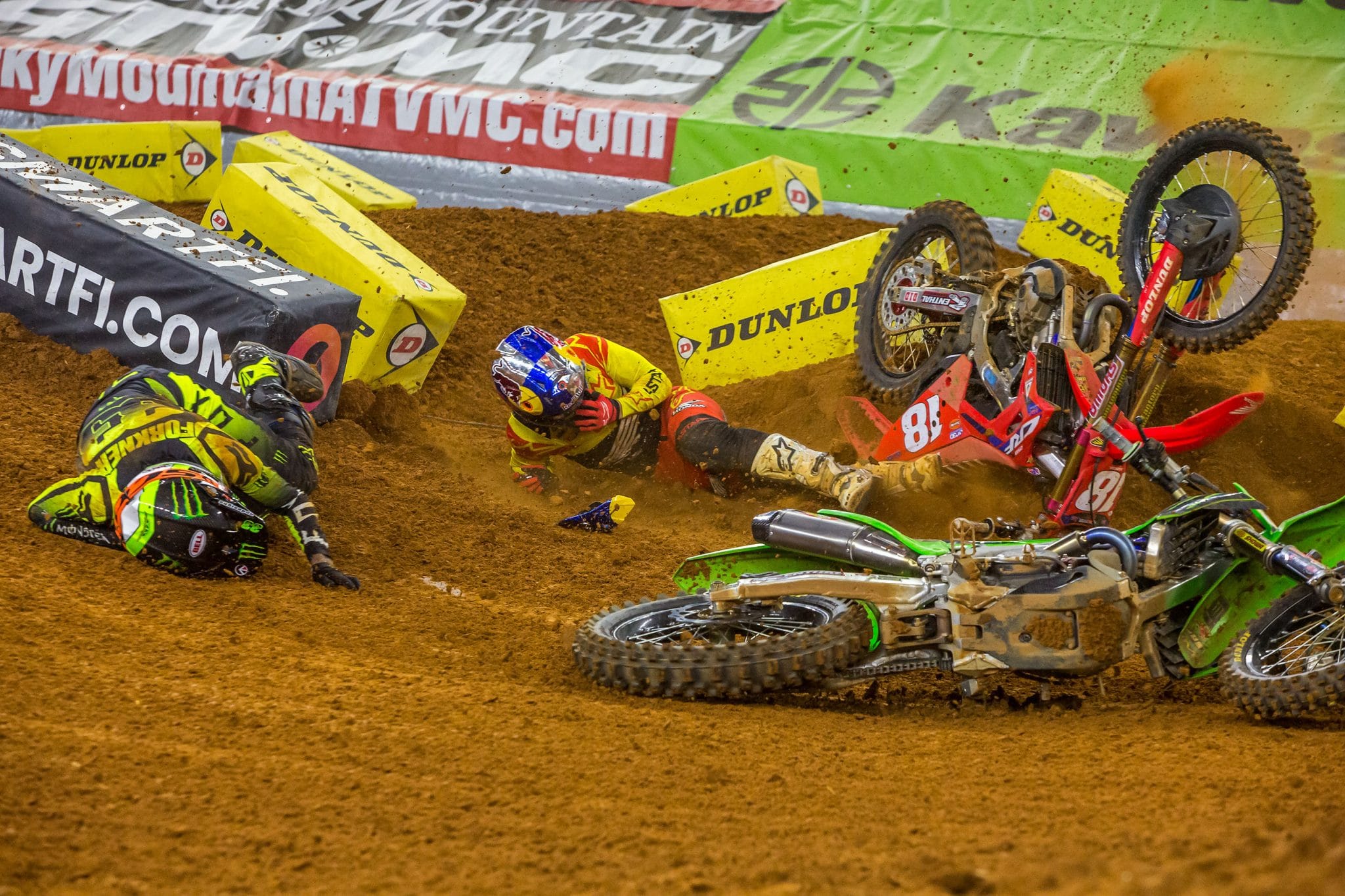 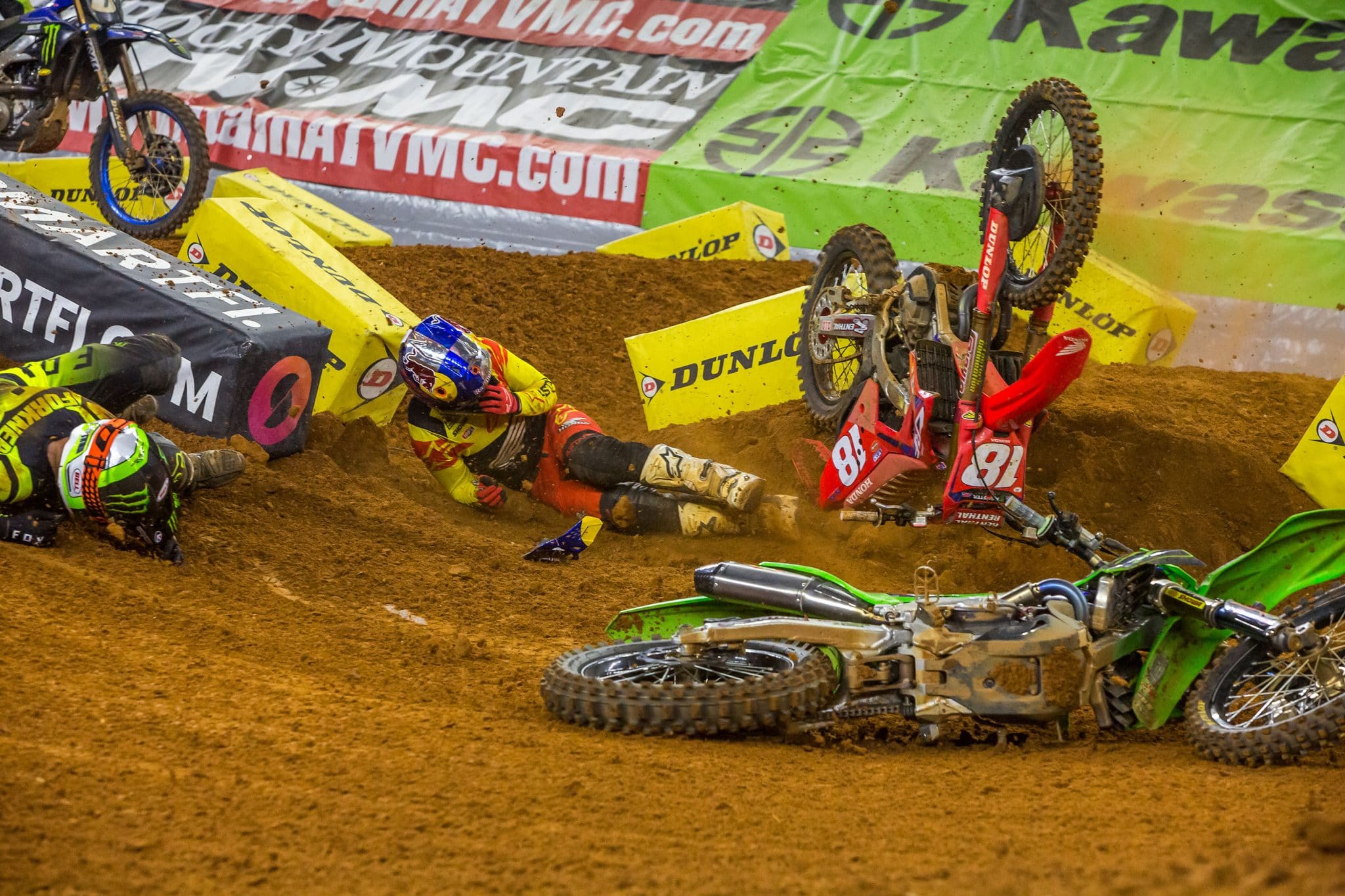