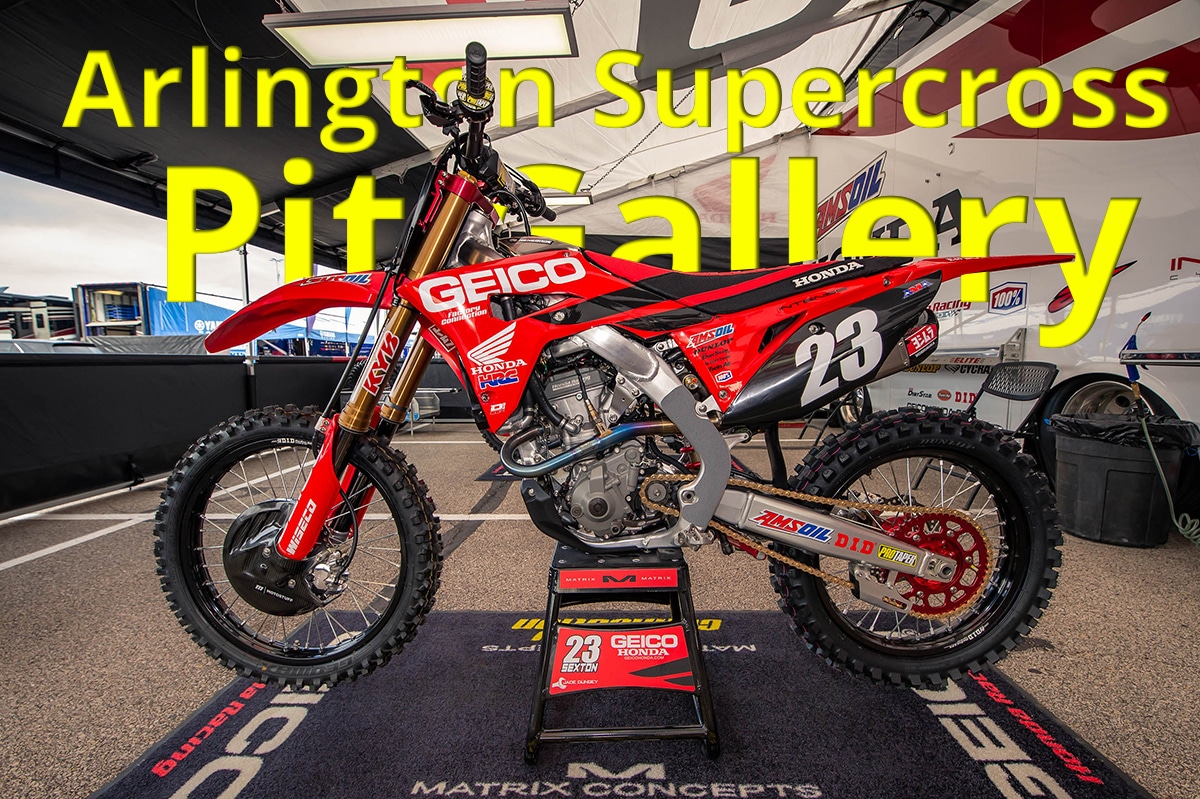 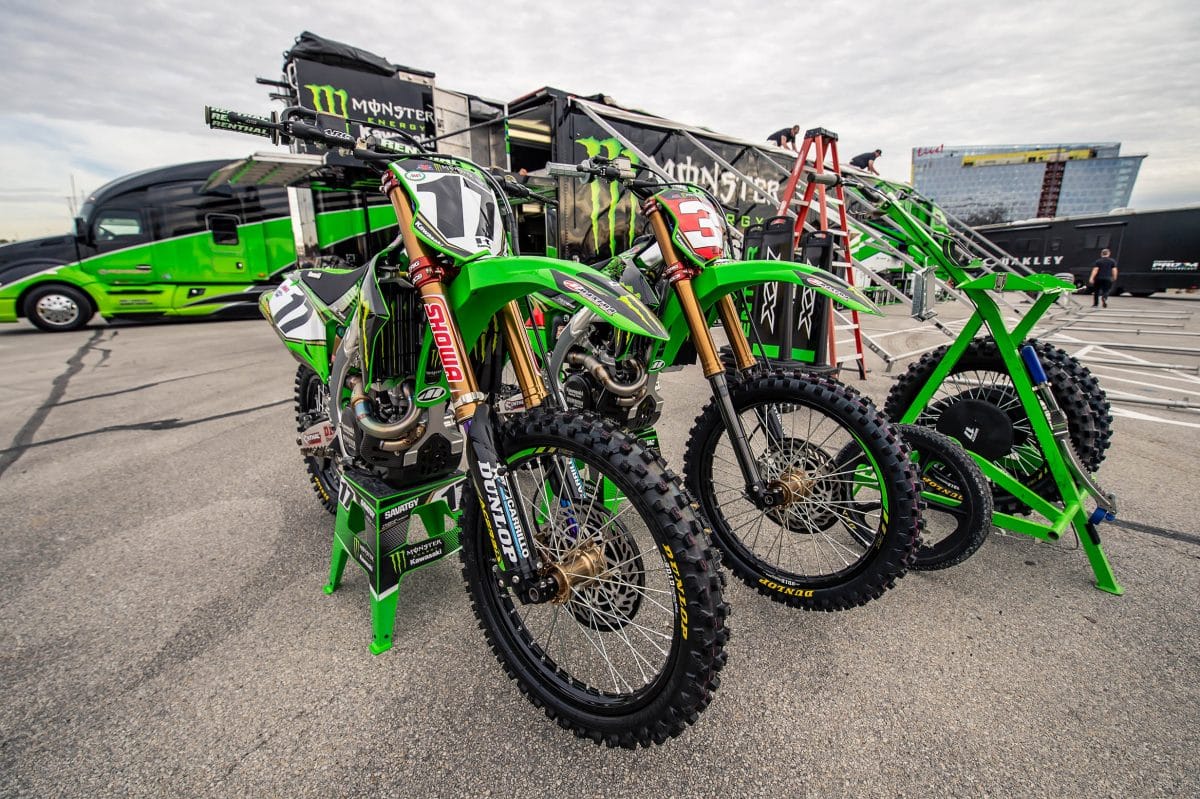 Monster Kawasaki setting up their pits in Texas 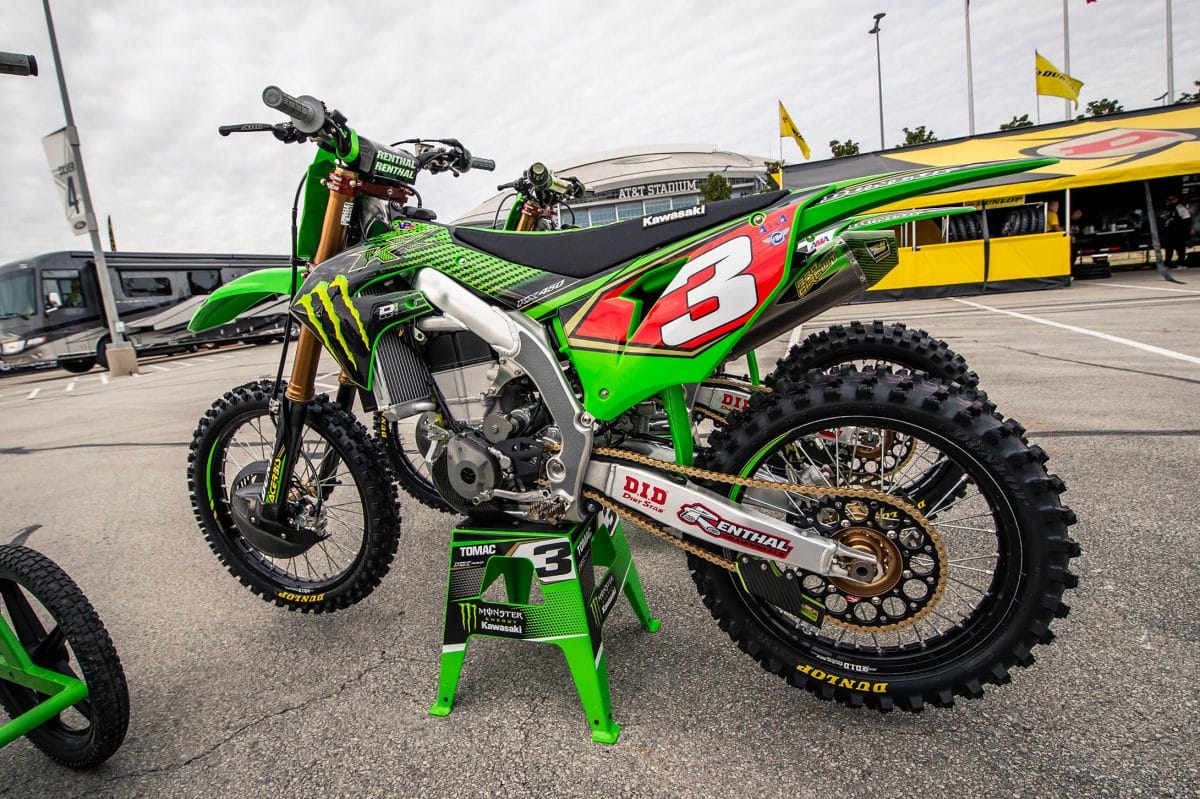 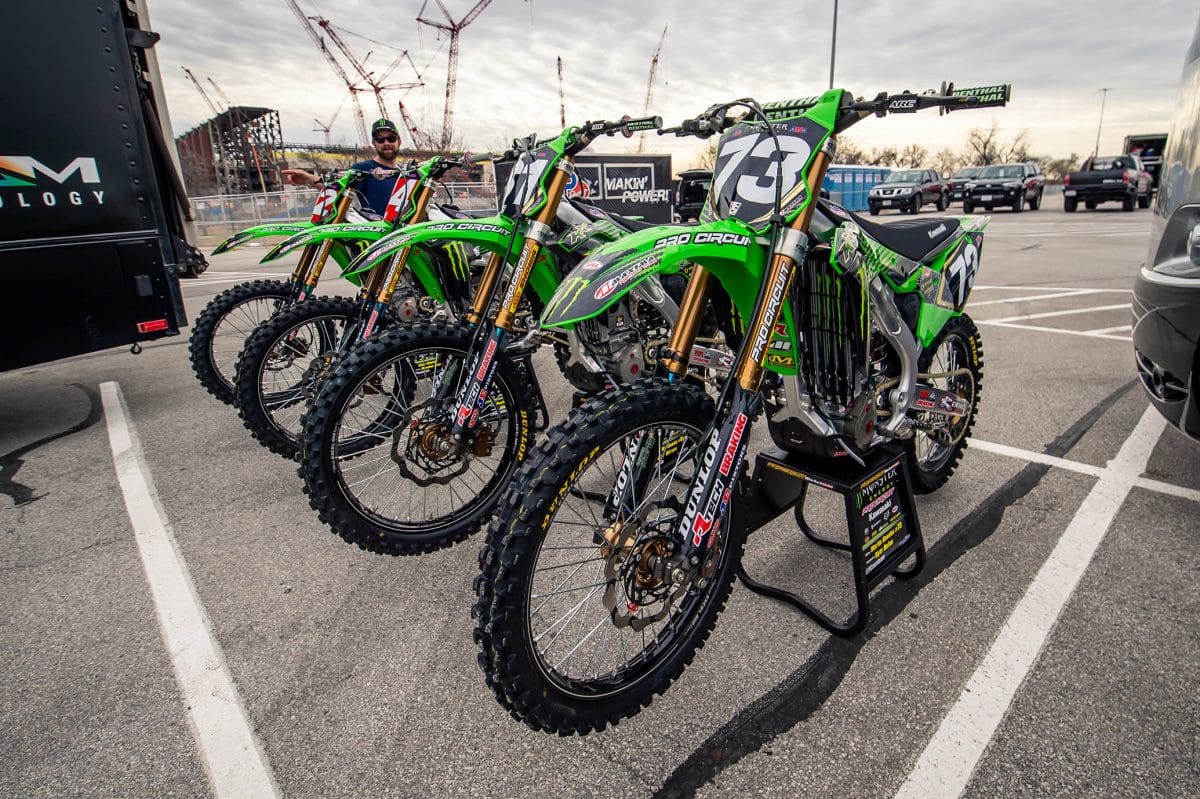 The Pro Circuit team has had great success in both west and east 250 series this year. 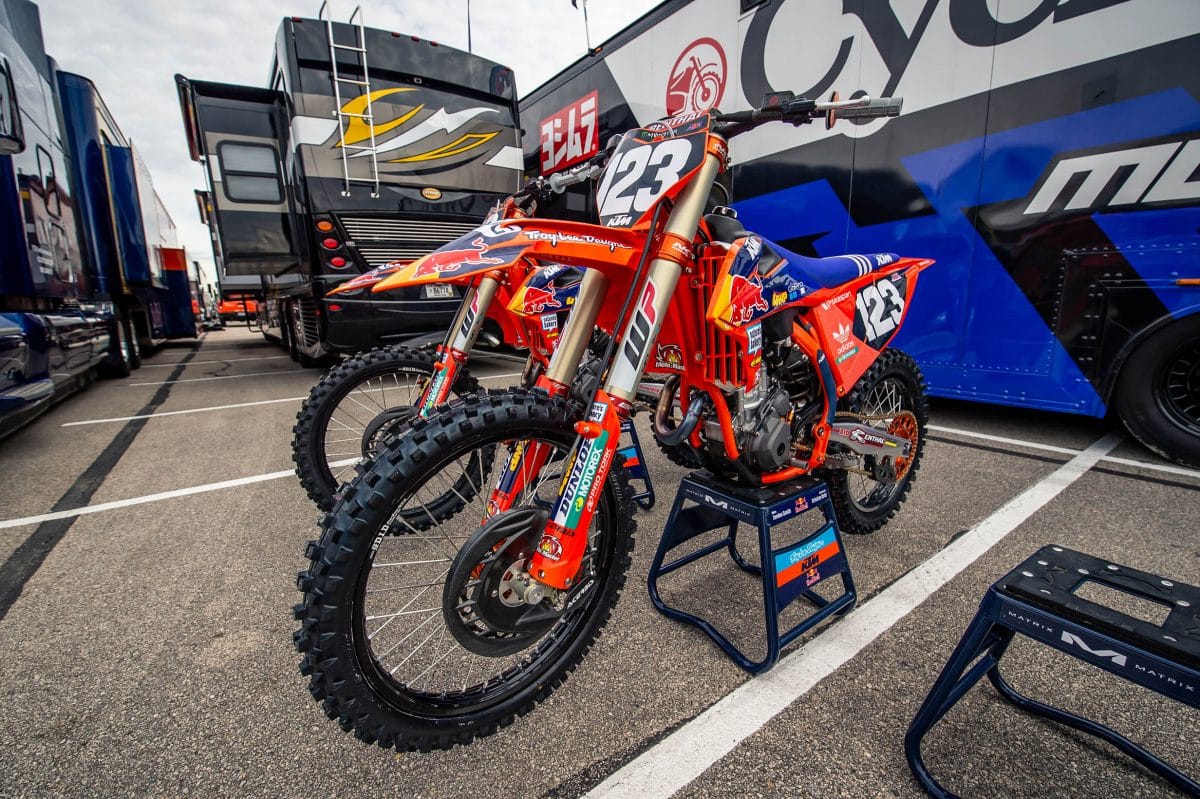 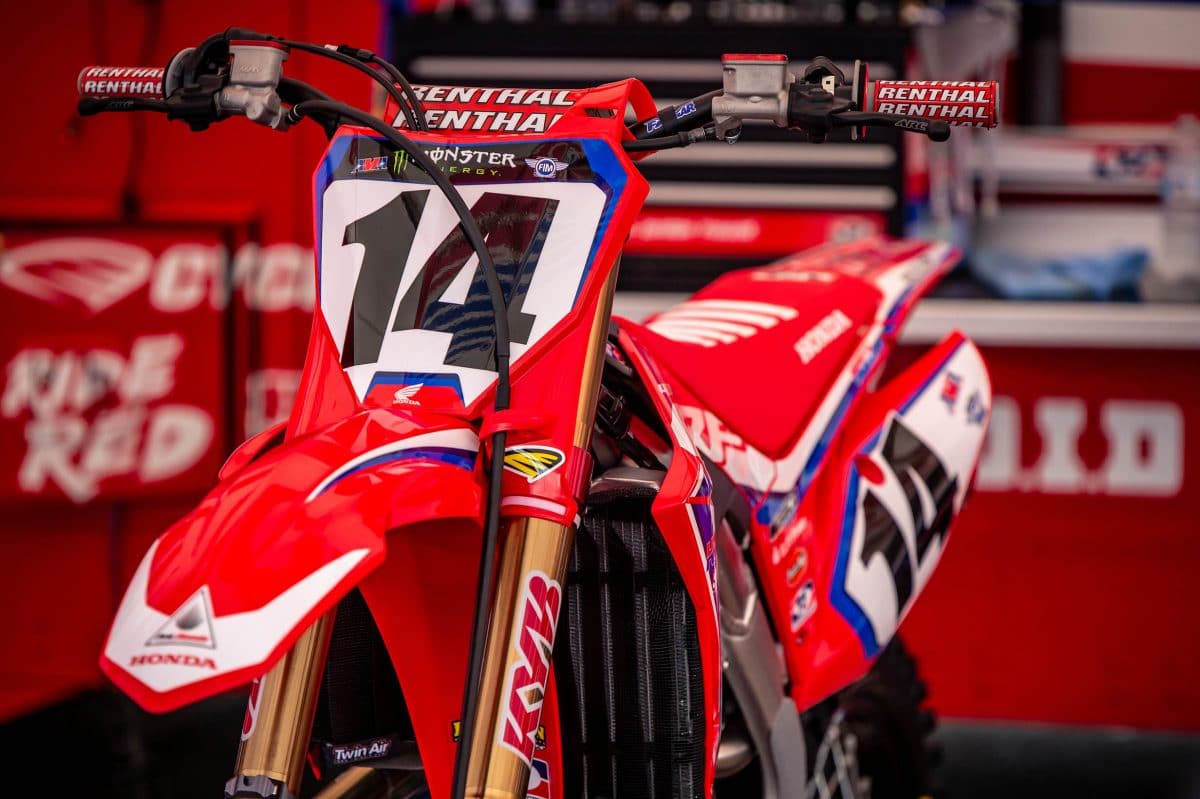 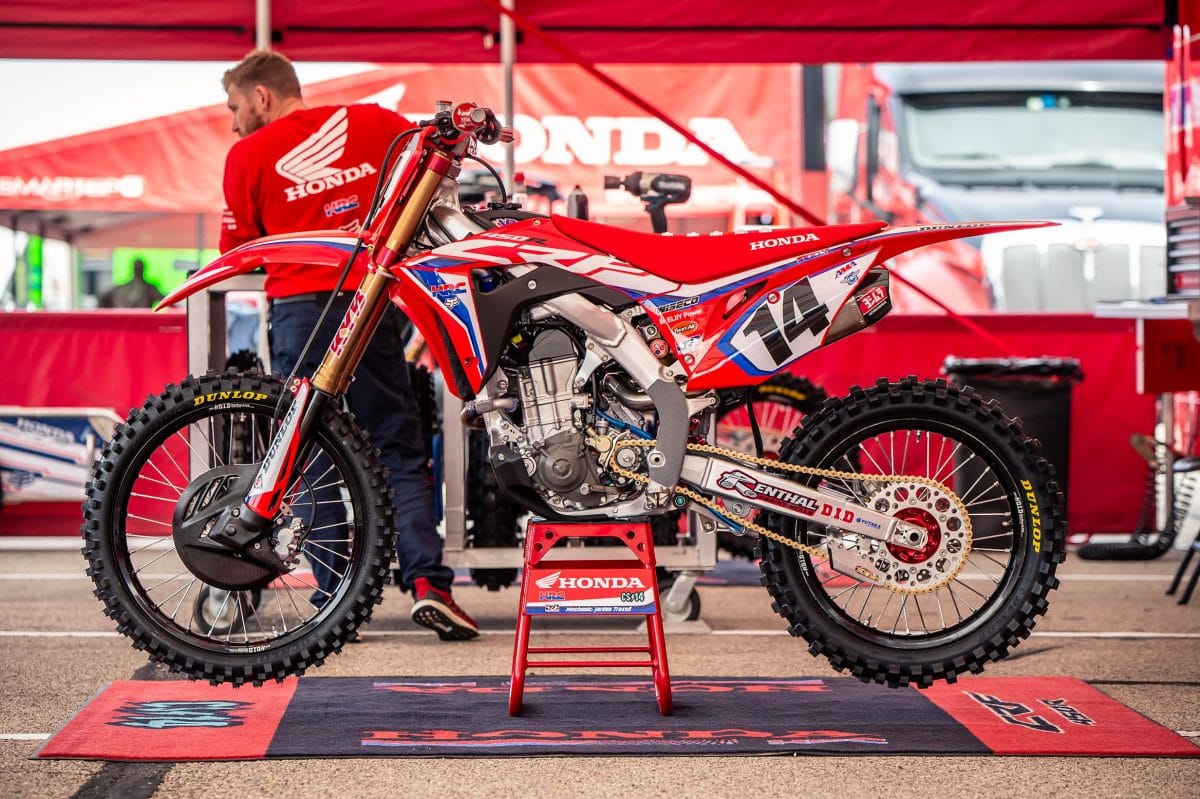 Mechanic Jordan Troxell getting some work done on Friday. 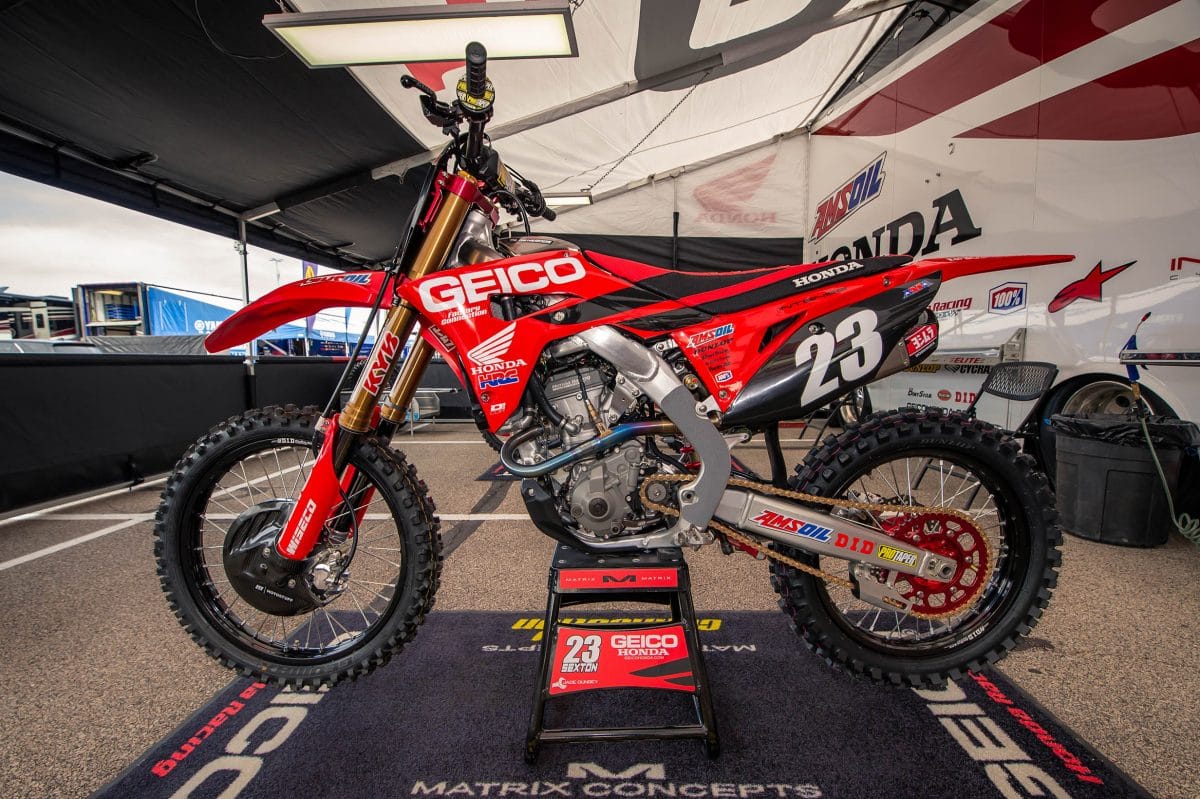 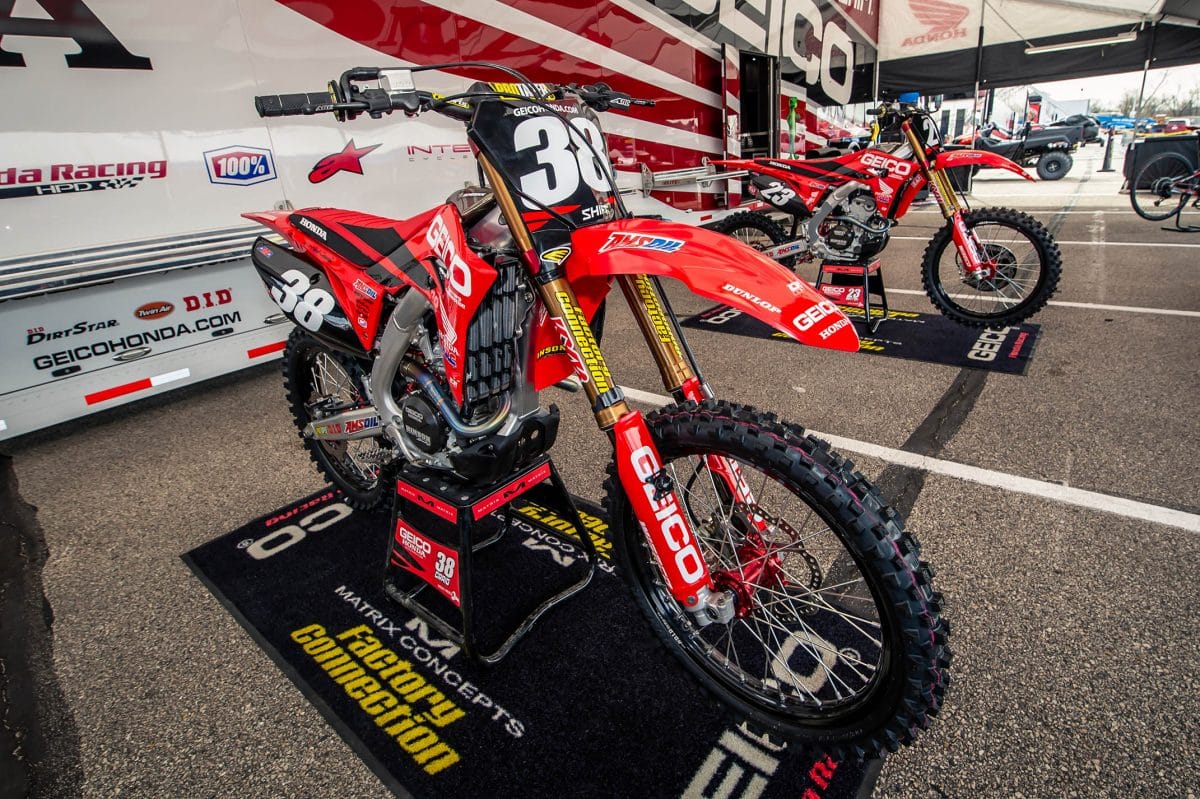 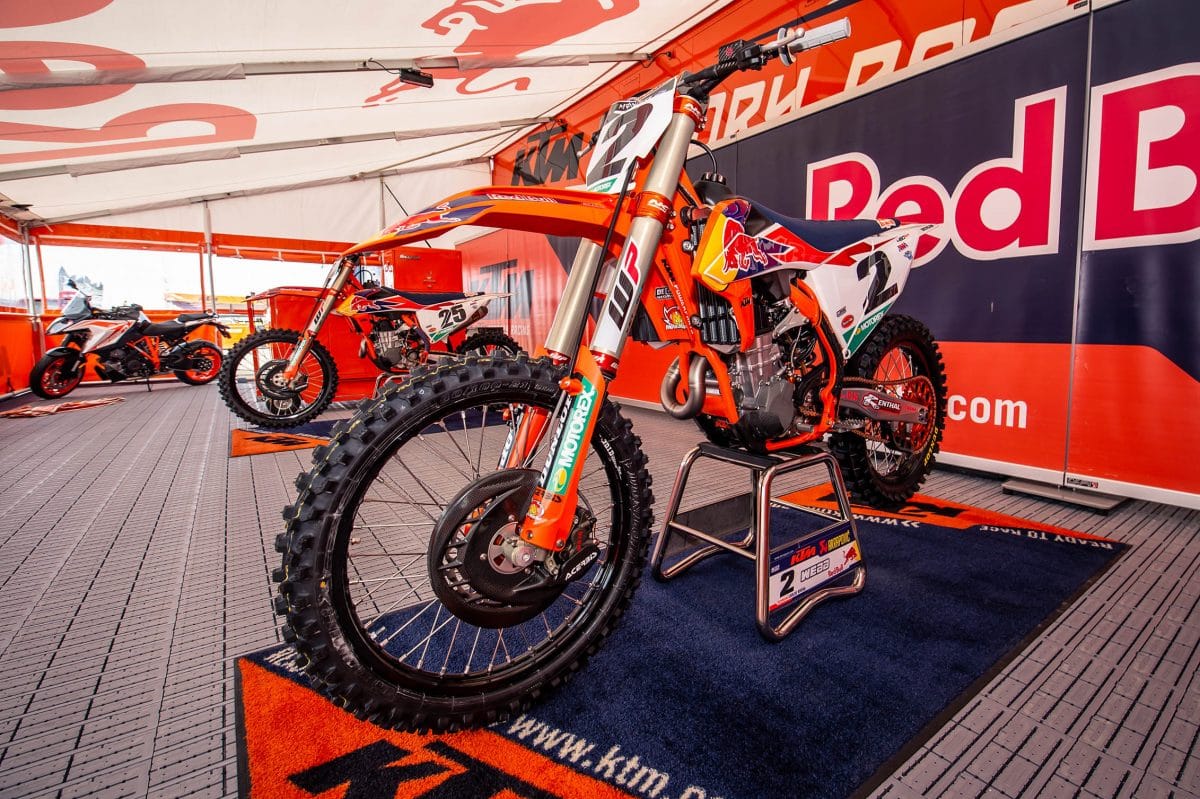 Cooper Webb has been on a roll and the only rider to win multiple races this season. 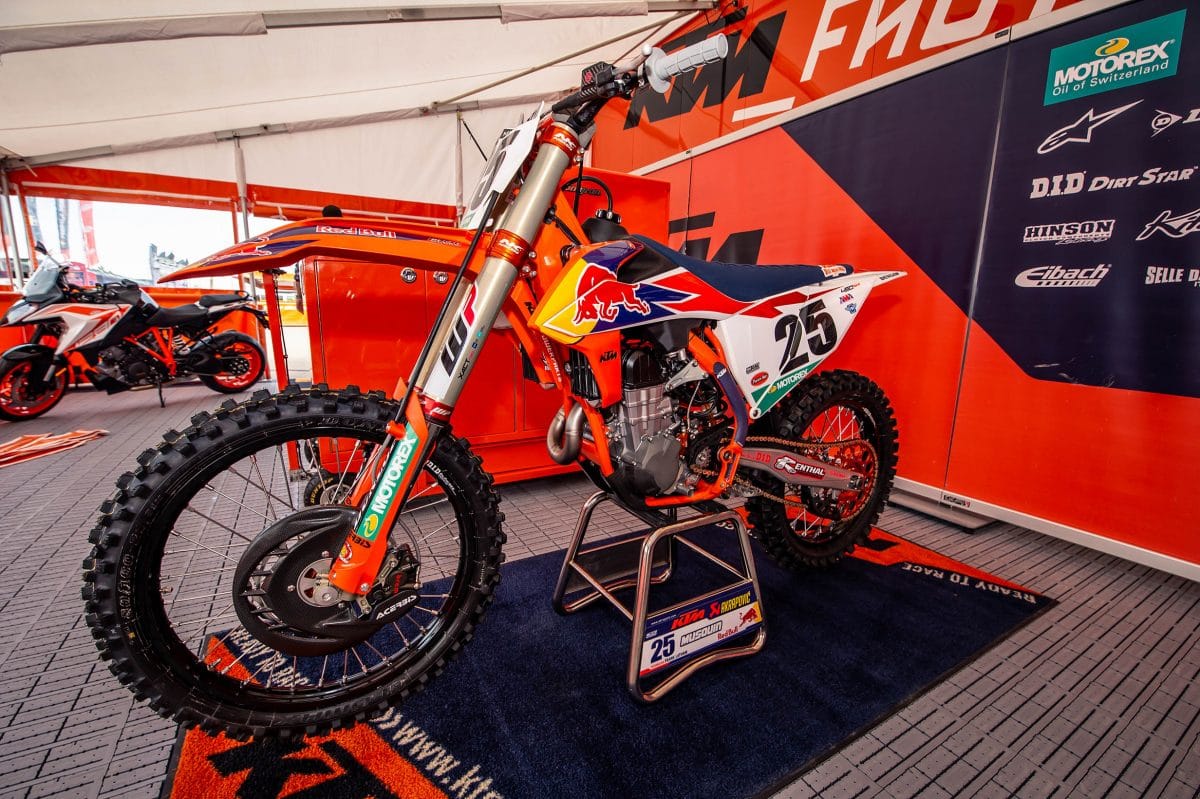 Will Dallas be Marvins track to win on? 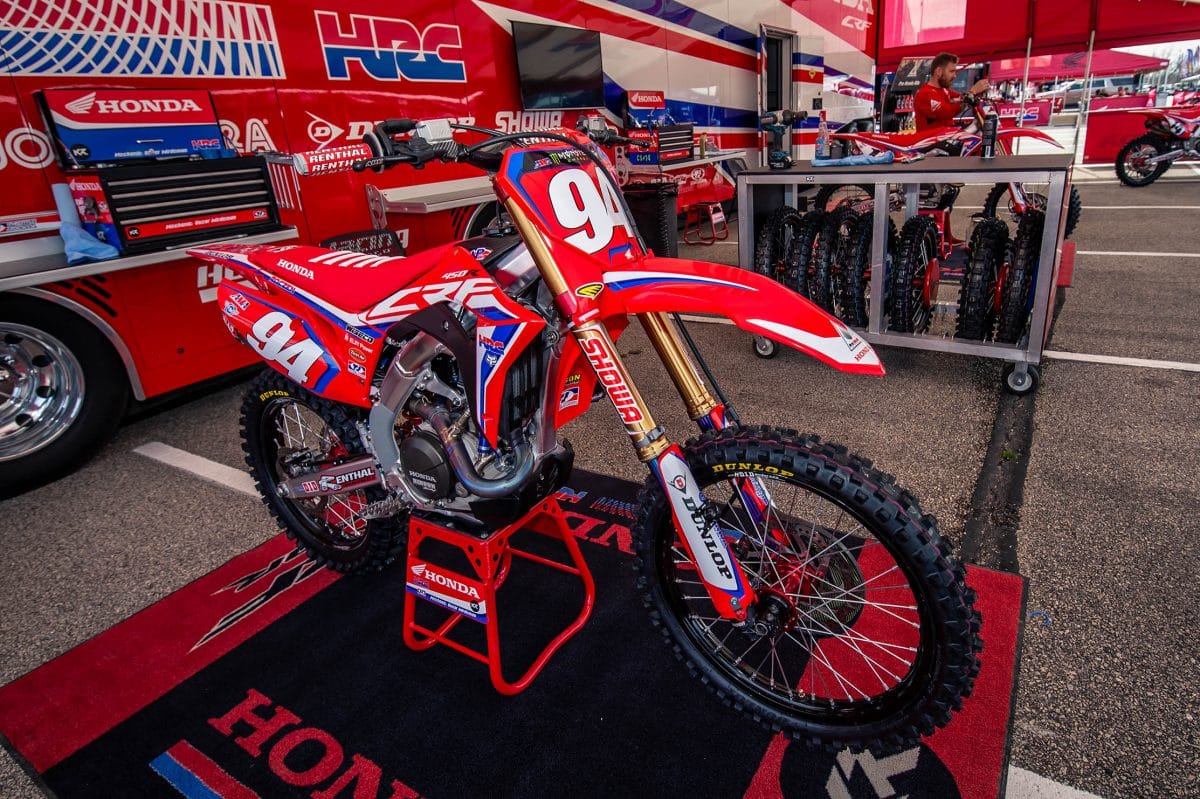 Ken Roczen has been keeping his cool about the red plate and understands this is a long season. 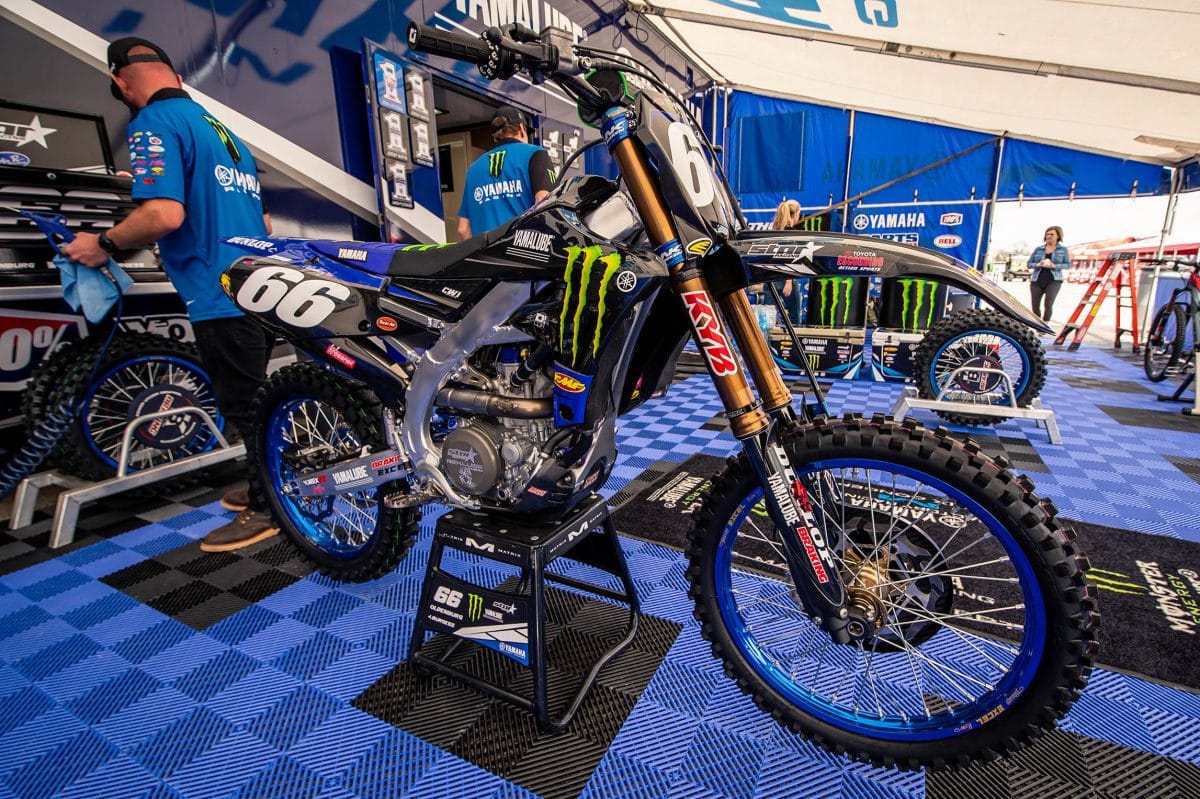 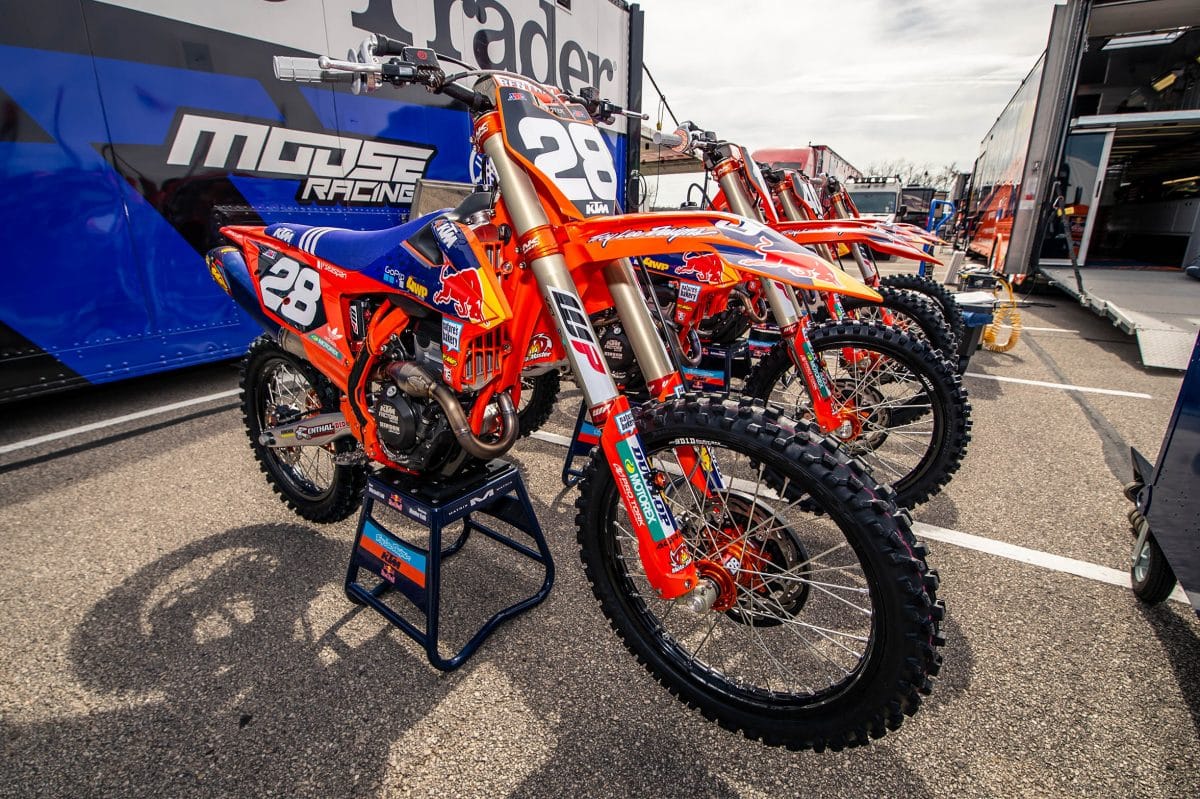 Jordon Smith had a stellar heat win last weekend. Can he carry that momentum into Texas? 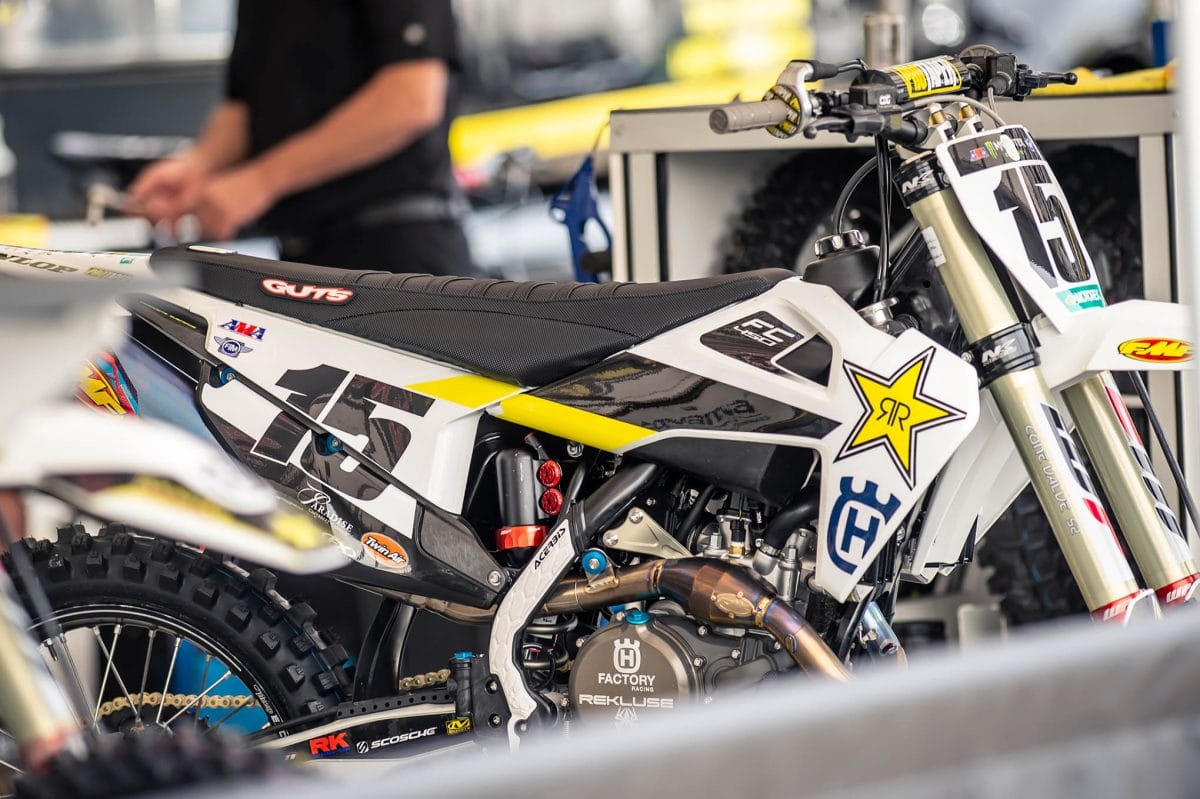 Dean Wilson back on the Rockstar Racing Husqvarna team for supercross. 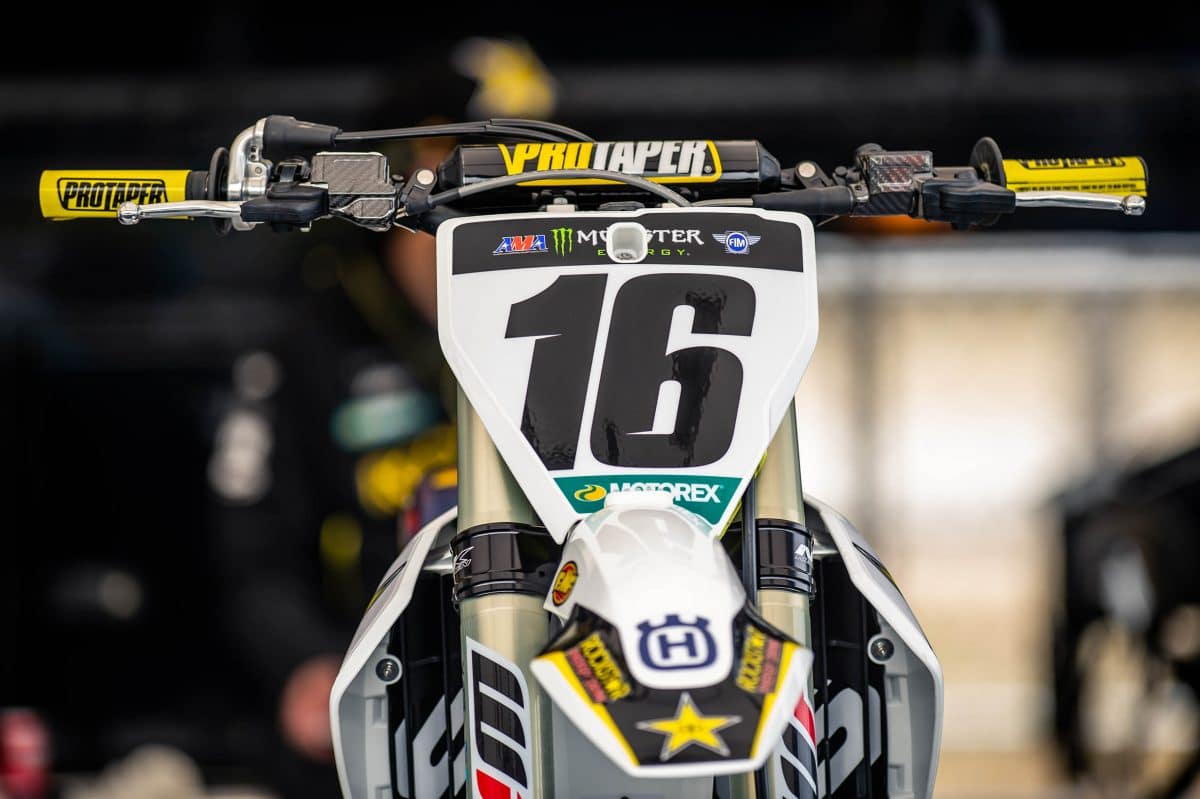 Zach Osborne returns to racing this weekend in Dallas and will finally have his rookie debut in the 450 class. 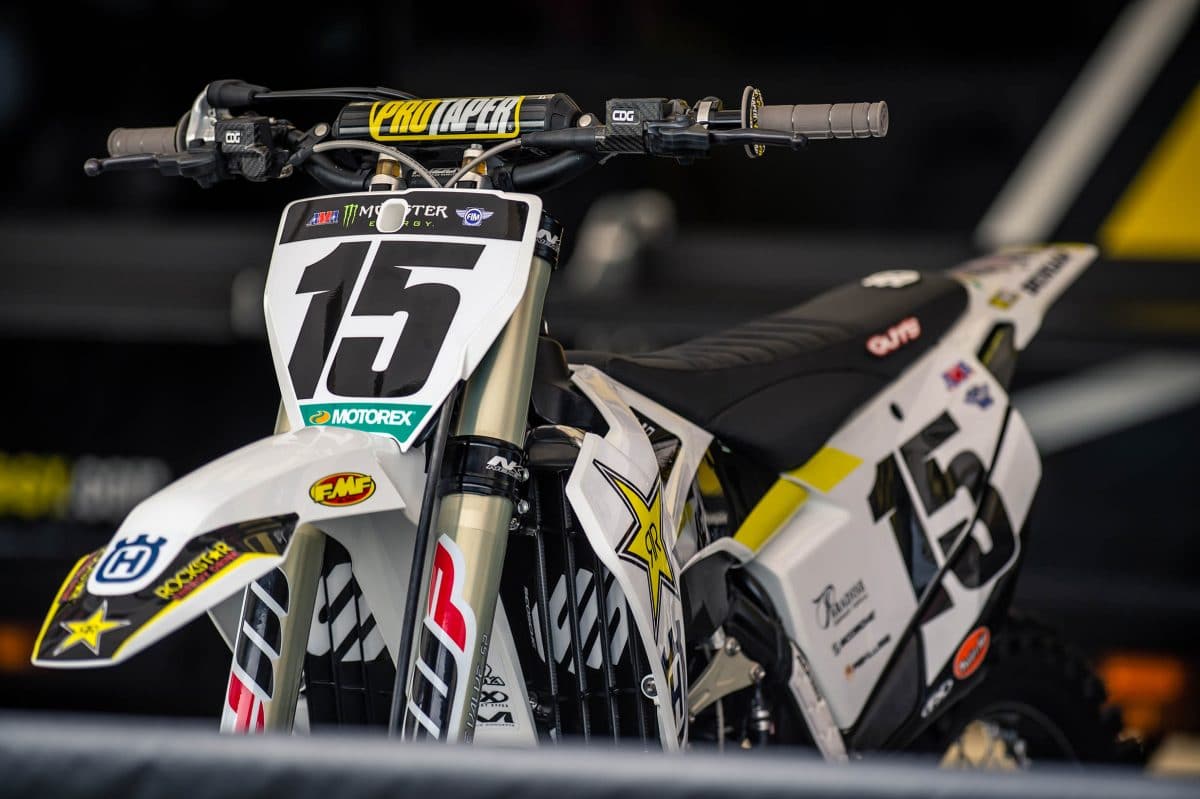 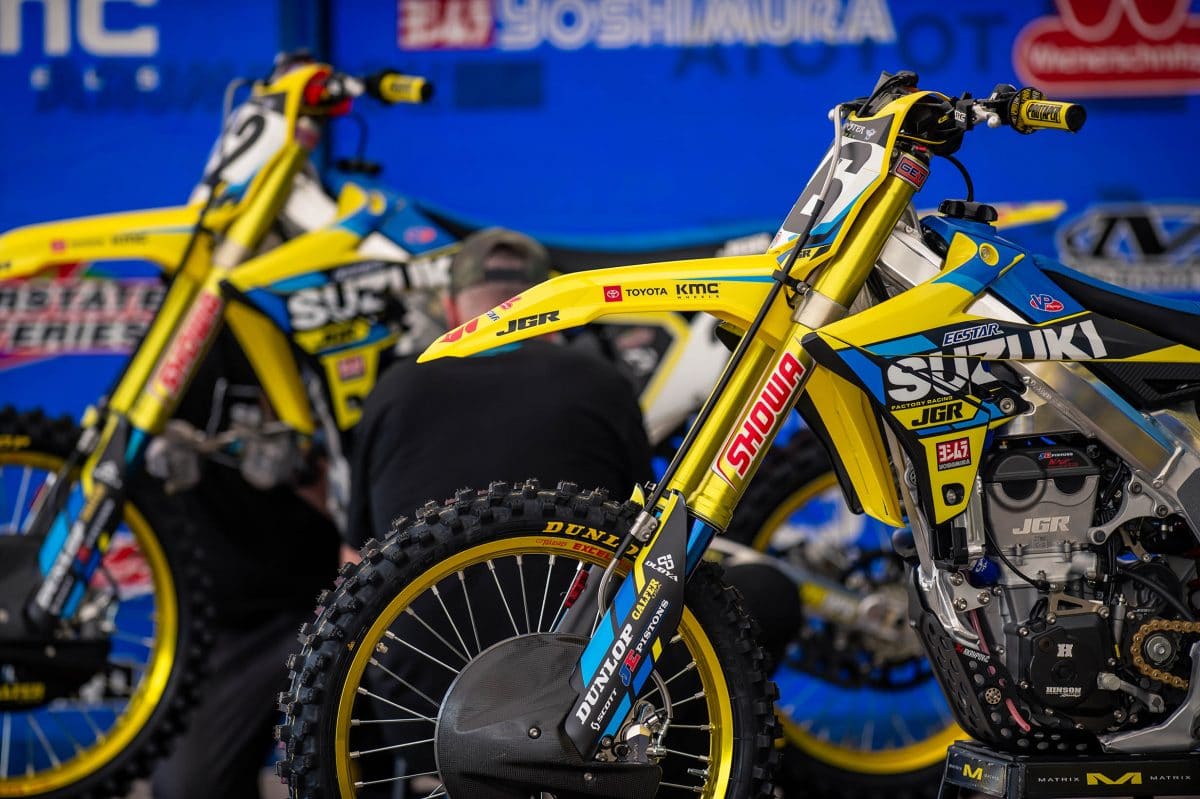 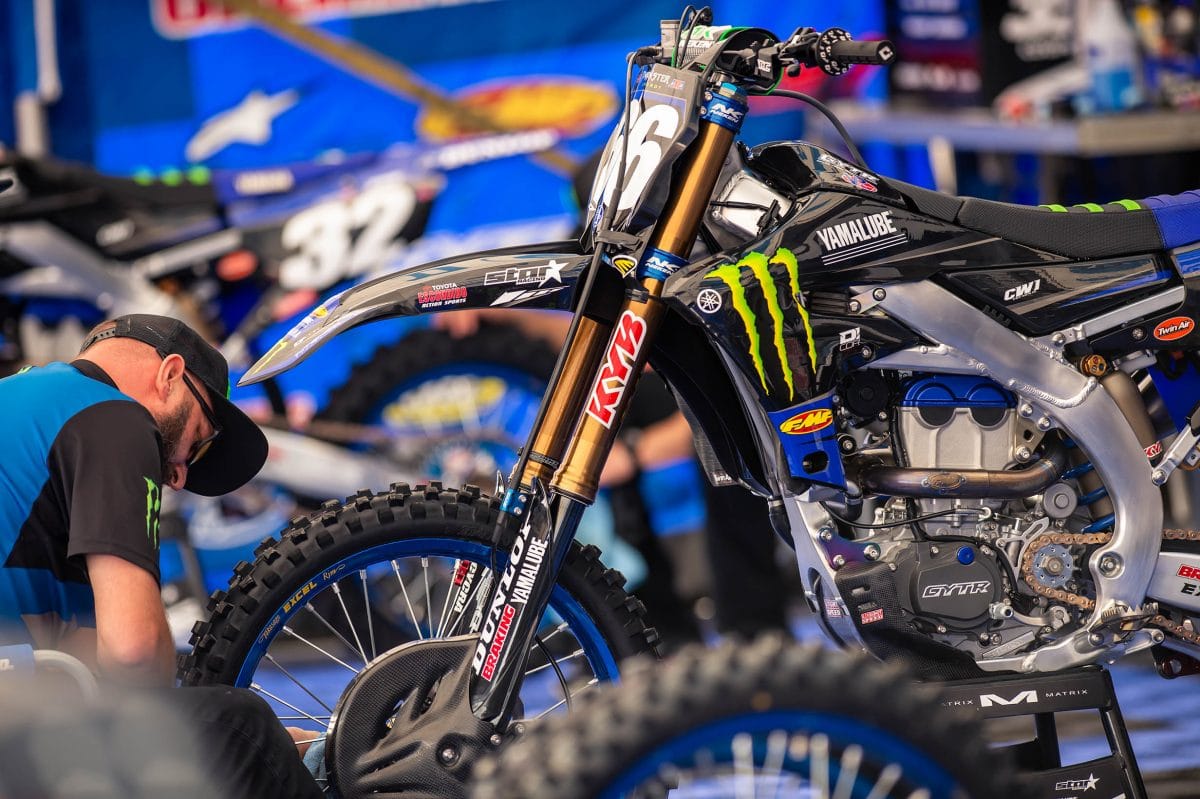 Another look at Mitchell Oldenburg’s Yamaha 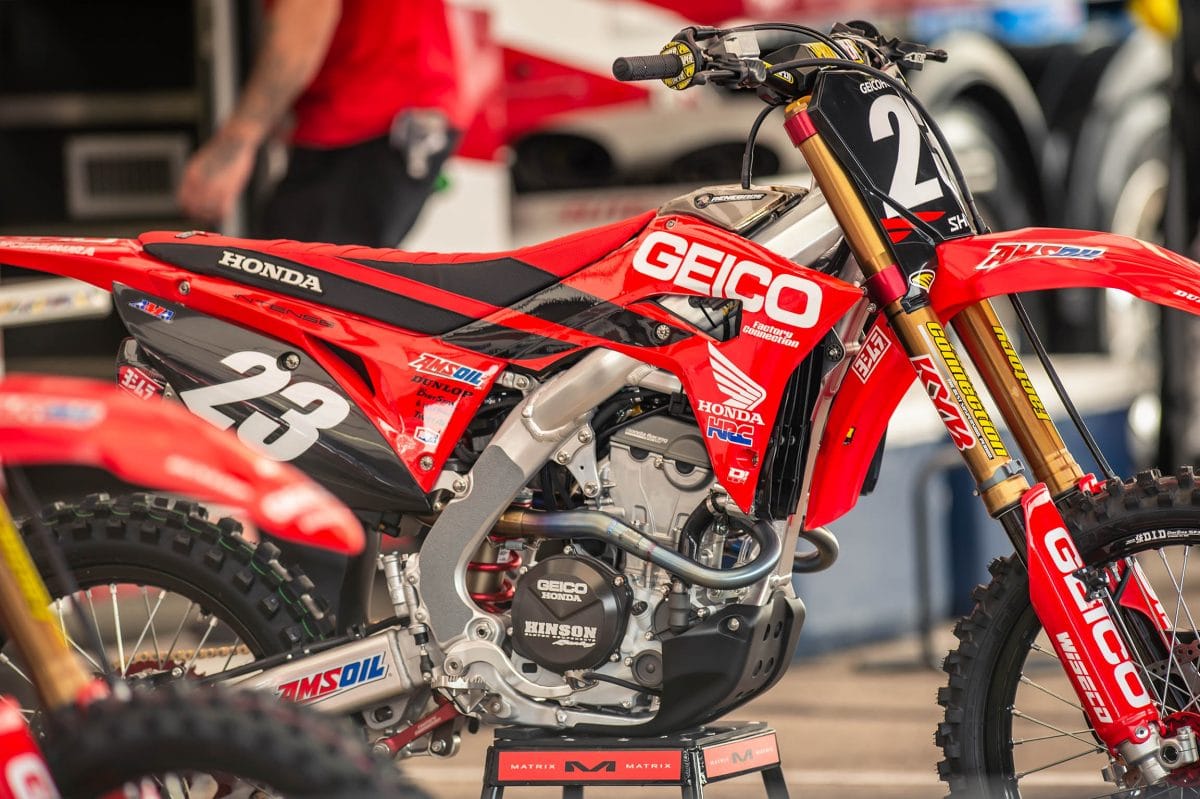 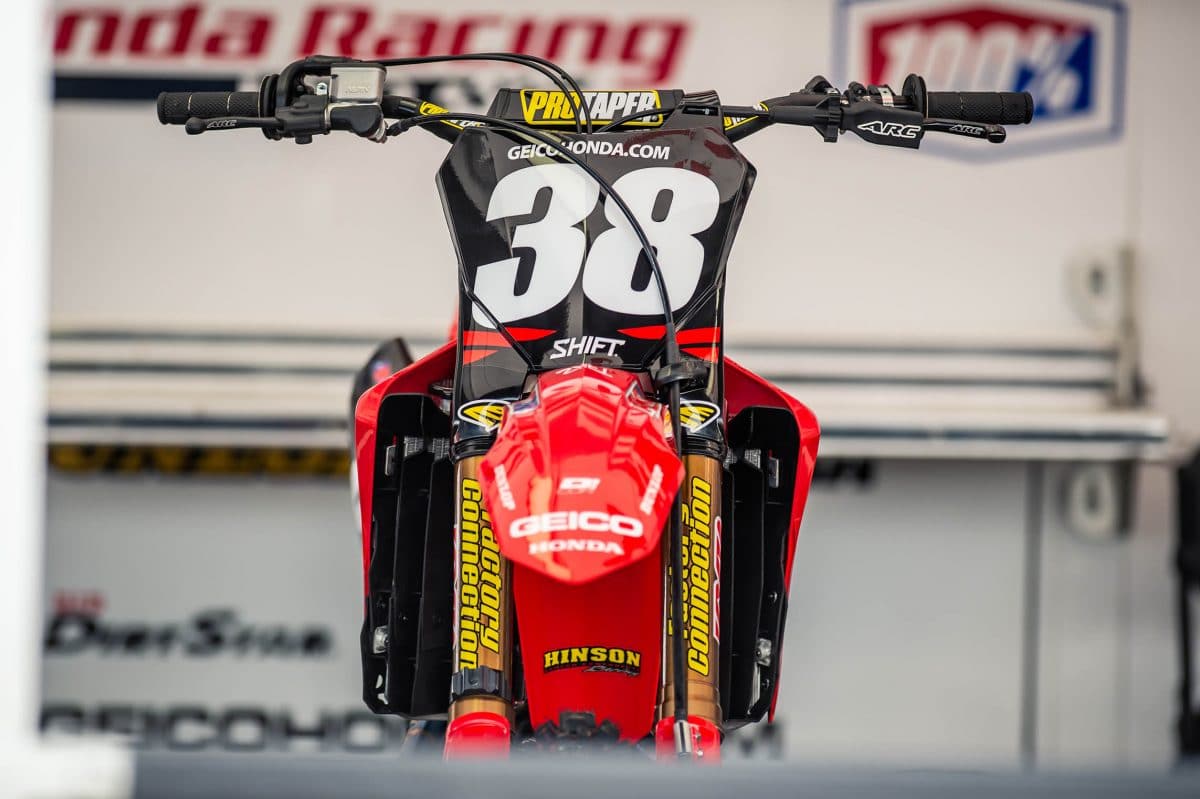 Front and side shots of the Geico Honda team during set up in Arlington, Texas