ARE YOU DOING IT THE HARD WAY? FIXING ADVENTURE BIKE FLATS 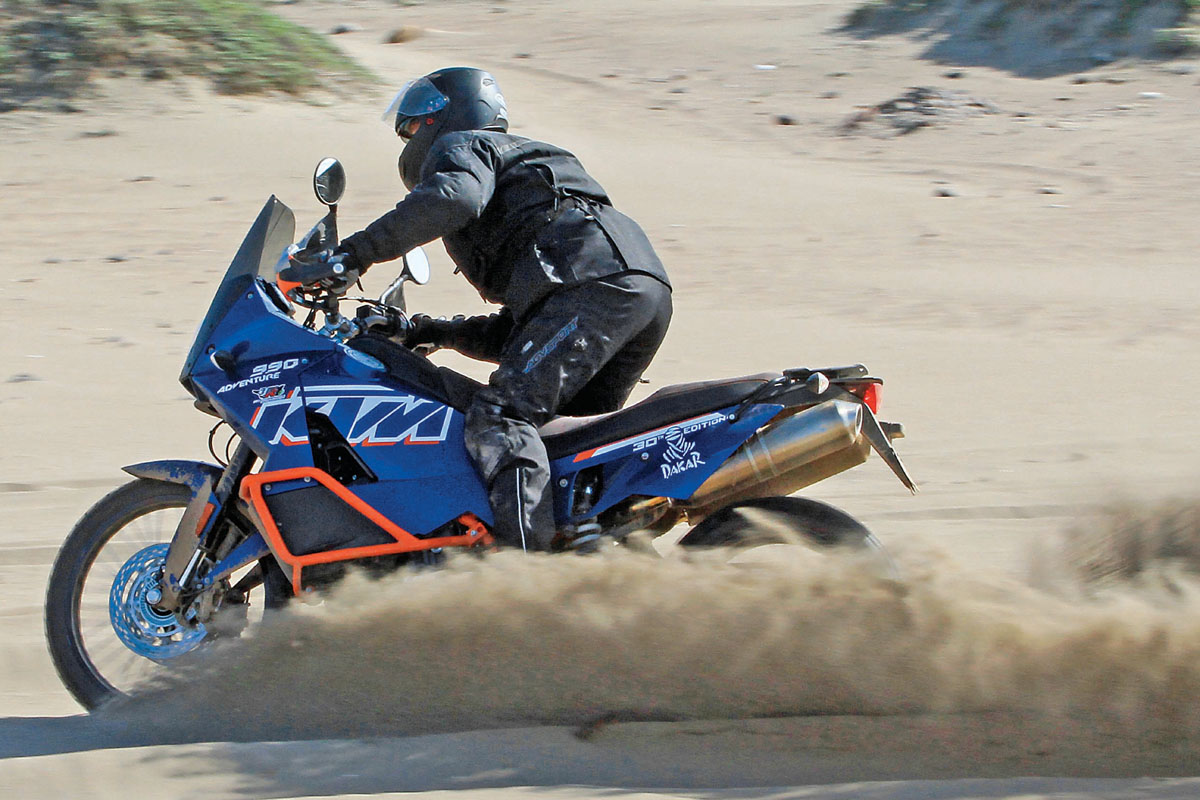 Most riders don’t like changing flat tires in the comfort of a well-equipped garage with a cold-beverage-packed mini fridge and a cheering section of able and supportive friends. So what does that say about the poor sap swapping out a tube on the side of the trail with only the tools and supplies that he had carried on the ride? As inconvenient as that is with a lightweight dirt bike that you can easily lay on its side, magnify that several times for the rider on a larger and heavier adventure bike. If the machine is a glossy and expensive model like the KTM 990 or another model with pricey, painted body parts, the task is formidable. In some ways, the actual task of changing a flat is basically the same. But, there are a few key differences, and we discovered some major ones while on a recent adventure ride. Tom Webb flatted both tires on his KTM 990 (the only flats on the entire trip). Naturally, it was all for the benefit of Dirt Bike’s readers. One thing we did right was lay out our tools before the trip. We used them to change the tires on a bike. For that reason, we were confident that we had the tools we needed.

If you are prepared, test the tools and equipment you plan to use; you can have a full adventure and a flat.