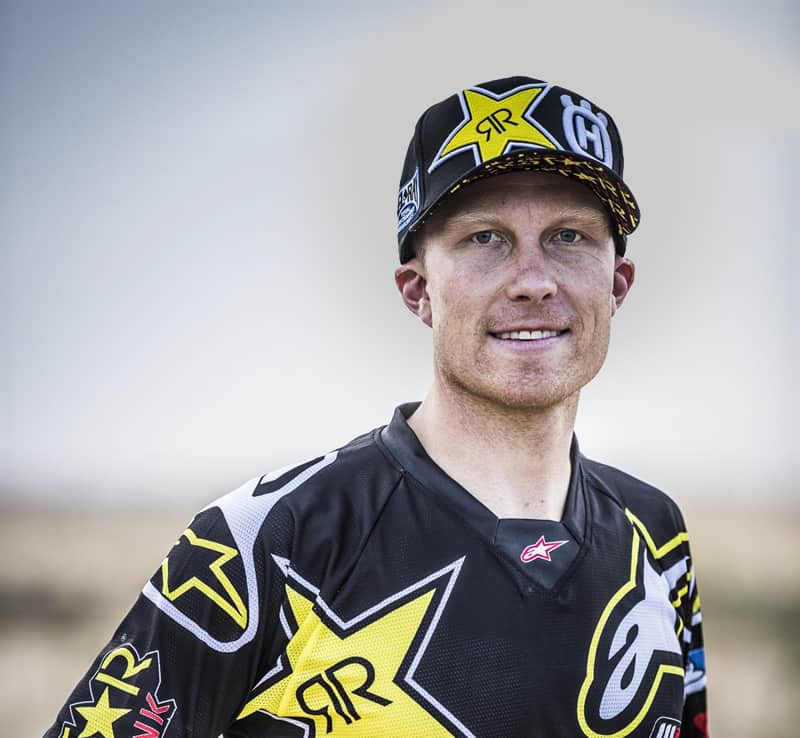 Husqvarna Motorcycles are pleased to announce the signing of Andrew Short, with the American joining the Rockstar Energy Husqvarna Factory Racing Rally team with immediate effect. Turning a new page in his illustrious career, the former US SX and MX racer is set to pilot Husqvarna’s FR 450 Rally machine throughout the 2018 and 2019 seasons.

One of the most acclaimed riders in the recent history of US competition, Short wrapped up his 16-year-long career as a professional motocross and supercross racer with a total of nine wins and 49 podium results. A force to be reckoned with throughout his career, the Colorado native has finished among the top three in the AMA Pro Motocross championship no fewer than five times.

Heavily involved with the off-road motorcycle industry in many ways, Andrew possesses a wealth of experience as an official test and development rider – an activity that the American focused on after announcing his retirement from professional motocross competition at the end of the 2016 season. Since then Short has also been a spokesperson and mentor for the younger generation of motocross racers.

Never ceasing his active involvement with off-road riding, Andrew took the decision to switch to rally racing having taken part at this year’s Sonora Rally, round one of the 2017 Dakar Challenge. Enjoying an impressive first outing the highly-experienced racer wrapped up the four-stage-long event by claiming third overall in Mexico.

Short is set to make his racing debut aboard the Husqvarna FR 450 Rally machine at the 2017 OiLibya Morocco Rally on October 4 to 10. Looking to gain more experience in navigation and demanding rally stages, he is expected to be a strong asset for the Rockstar Energy Husqvarna Factory Racing team for the upcoming Dakar Rally in January.

Diego Clement – Head of Motorsport at Husqvarna Motorcycles: “We are really excited to have Andrew join the Rockstar Energy Husqvarna Factory Racing Rally team. An accomplished racer with a very long and distinguished career in motocross and supercross racing, Andrew is now highly motivated to succeed in rally racing. Taking advantage of his wealth of experience and knowledge we strongly believe he will further strengthen our rally team. With his speed never in doubt, our goal is to provide him with all the necessary tools so that he can learn and further improve his navigational skills. Andrew will make his debut at this week’s OiLibya Rally in Morocco. It will be a perfect chance for him to gain some racing miles on the FR 450 Rally machine ahead of the Dakar Rally.”

Andrew Short – Rockstar Energy Husqvarna Factory Racing: “I’m really excited to be part of Rockstar Energy Husqvarna. It’s an awesome opportunity to take a new step forward in my career as a racer. Rally racing is something I’ve always been interested in. I love riding and racing and to me it seems like rally is the ultimate adventure you can have on a dirt bike. After retiring as a pro motocross racer at the end of 2016 I started riding my bike in the mountains of Colorado and fell in love with it. I took some navigation training lessons and then had a blast at the Sonora Rally. The biggest challenge for me now is to get some more experience and improve my skills in navigation and that’s exactly what I’ll be focusing on this week in Morocco.”