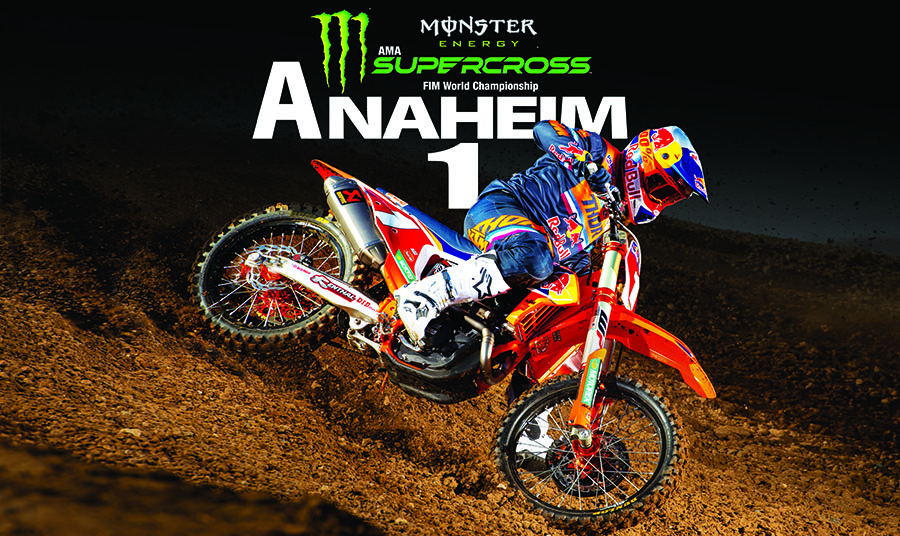 Anaheim 1 has arrived and once again, it promises to be an incredible race. Going in, Eli Tomac is a favorite, but we’ve been here before. Despite being the winningest rider in recent years and a three-time runner up, Eli has yet to deliver a Monster Energy Supercross title. He has been joined by Monster Cup winner Adam Cianciarulo on the Factory Kawasaki team, who moves up from the Pro Circuit 250 class.

Cooper Webb will wear the number one plate he earned in 2019, and it will have a red background, at least for the first round. The other bike under the KTM tent will have no rider. Marvin Musquin will miss the entire supercross season with a knee injury. There was talk of a fill in rider, but Red Bull has no requirement to have two riders running at all rounds. KTM team manager Ian Harrison decided that there was no benefit in having a second rider in the back of the pack, which is where anyone picked this late in the season would be.

The man who everyone would like to see healthy is Ken Roczen. Reports are that he’s very  fast in testing. He will be joined on the Factory Honda team by Justin Brayton, who is moving up from the Motoconcepts team. Jason Anderson missed most of last year with injury, but he will be back on Husqvarna with Zach Osborne. Blake Baggett and Dean Wilson are on the entry list despite recovering from recent injuries.

East coast and west coast entry lists were switching until the last moment. Now, it looks like the east list will be headlined by Pierce Brown, Brian Moreau, Jeremy Martin, Chase Sexton and Colt Nichols. Even though Pro Ciruit riders Jordon Smith and Garrett Marchbanks are listed here, they are said to be riding the east.