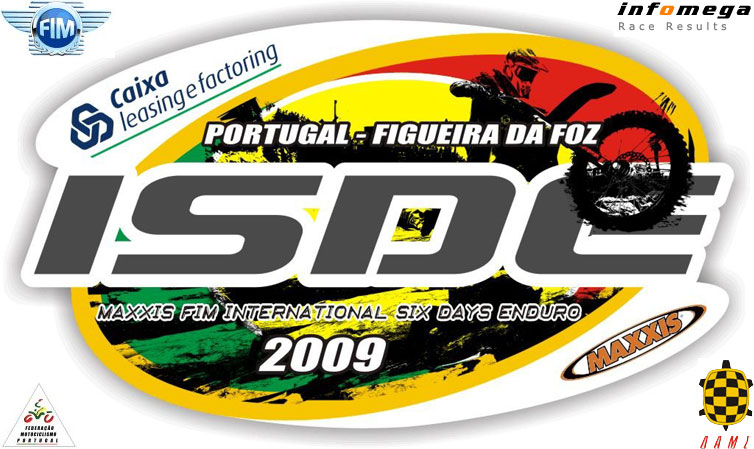 Things happen in racing, and that sometimes includes freak things that usually never go wrong. Ricky Dietrich and the rest of the U.S. World Trophy team were reminded of that as a clutch failure took him out in the first special test on the opening day of the 84th Maxxis FIM International Six Days Enduro here in Figueira da Foz, Portugal. Though the five remaining team members carried on and finished the day fifth, unofficially, they’ll have a difficult time overtaking the all-conquering French squad. France, in fact, leads not only the World Trophy but also the Junior World Trophy and the Women’s Trophy competitions.
Kurt Caselli ably took over as America’s leader, posting times that put him fourth in E3 at the end of the day—this after a first test that was fastest of the entire field. First-time Six Days racer Timmy Weigand didn’t let lack of experience or lack of berms in the many sandy tests slow him too much, as he sped to seventh in E1 while veteran Destry Abbott was 10th in E2.
Dietrich remained as upbeat as possible, though. “I’m not too happy about it, but I’m here for the team,” he said. “I was out there pointing out lines for them [in the tests], helping out the best I could. My plane doesn’t leave ‘til Monday so I’m here supporting the team, doing everything I can now.”
Russell Bobbitt did the best of the four American Juniors, railing tests that are quite unlike those he encounters in the AMA National Enduro Series, but he adapted quickly and ended up 21st in E2. In fact, all four (Bobbitt, Cory Buttrick, David Kamo and Jamie Lanza) were models of consistency and that helped them achieve opening day prominence as much as their speed. The lowest score belonged to Buttrick, but that’s only because he blew a tire change at the end of the day, dropping a couple minutes by the time he clocked in to impound.
The three Americans in the Women’s Trophy race, on the other hand, had widely varying days, with Maria Forsberg seemingly destined to claim a second gold medal after finishing runner-up last year in Greece. The class leader, Ludivine Puy of France, however, seems equally destined to win the class, as she has several minutes on Jessica Jonsson of Sweden and Forsberg.
Among the Club teams, Gofasters.com of America hold third, and three Club riders are doing well individually in their respective classes: Fred Hoess finished the day third in C1, Ryan Powell leads C2 and Jordan Brandt holds fifth in C3.