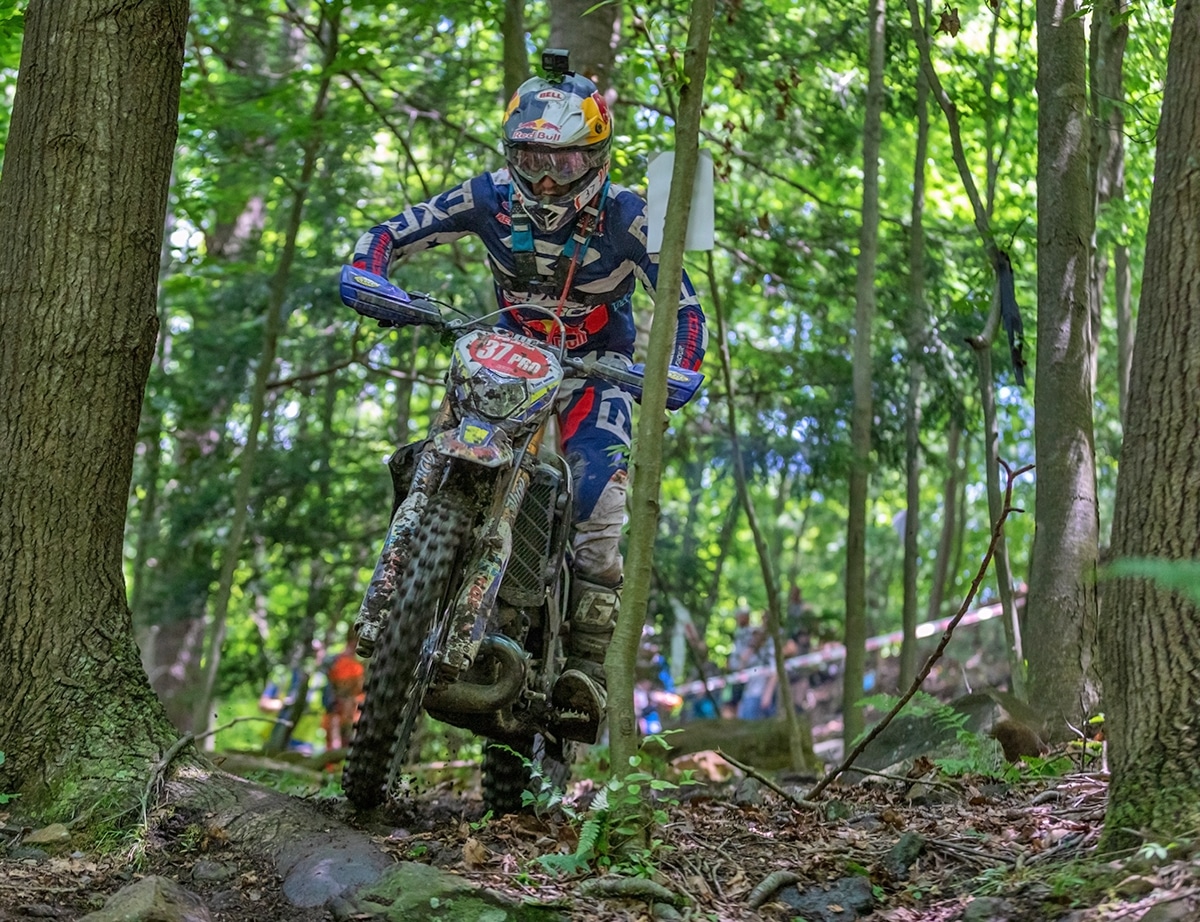 This weekend riders gathered for the first round of the Sherco AMA East Extreme Championship, the Kenda Tough Like RORR. The race stood up to its name, bringing over 250 riders to the small town of Tamaqua, Pennsylvania. The course spanned over a 15-mile section of rocky rough terrain, black coal dirt, and intense heat adding to an already extremely challenging course.

The race would take place over two days, progressively getting more and more difficult each round. Saturday’s qualifier placed the riders on a much shorter and slightly less extreme course than the Sunday rounds, and proved to be the most enjoyable. The area would get a decent rainstorm the day before, leaving some excellent soil and helping to keep the dust down, but the humidity eventually played a factor for several of the riders.

The pro line-up would include riders from all over the nation; from Beta’s Max Gerston, and factory Rockstar Husqvarna rider Colton Haaker, to Sherco Factory racing riders Cody Webb, Nick Fahringer and Quinn Wentzel. A great line-up set out to claim the title, but only one would eventually hold the enormous trophy over their head in a show of RORR victory. After a long hard battle, and two days of extreme enduro, Cody Webb aboard his factory Sherco would claim that spot.

“For the first lap Colton set a blistering pace, so I just followed him for a while.” Cody said, “I made a stupid small mistake early on, and he got passed me. So, I just waited for him to make a mistake himself, and then took the opportunity to make a pass.” Cody eventually got up front, but Colton stayed close behind. It wasn’t until nearly the end of the race that everything changed. Coming into the final check point, Colton was feeling sick and asked to be directed back to the pits for a short stop. Unfortunately, he would end up lost, with no water, no direction, and steadily feeling miserable.

After some medical attention, it would turn out he suffered from major heat exhaustion and would be alright. His drop-in position allowed local Ryder LeBron to move in to second place, with Ron Commo taking his first pro-podium position aboard his factory Beta.

The ladies of enduro turned up in full-force this round. Nine hard-core females would brave the black coal streaked hills of TLR. Factory riders included Sherco rider Louise Forsley and returning competitor Beta’s Rachel Gutish. Rachel was back for redemption as last year her bike gave-out less than a mile from the finish line. Louise would keep her on her toes, never far behind… but ultimately Rachel simply could not be caught! She finished the race strong and earned that W she’s been after since last year. Rounding out the women’s podium would be Louise with a solid second place, and GNCC ripper, Anna Davis coming in third.

The next race for the Sherco AMA East Extreme Championship is the Fallen Timbers, which will be held on July 18-19 in Little Hocking Ohio.

The next round for the Sherco AMA West Extreme Championship is the Kenda RevLimiter Extreme Enduro, which will be held on September 27th, in Bridgeport Texas.