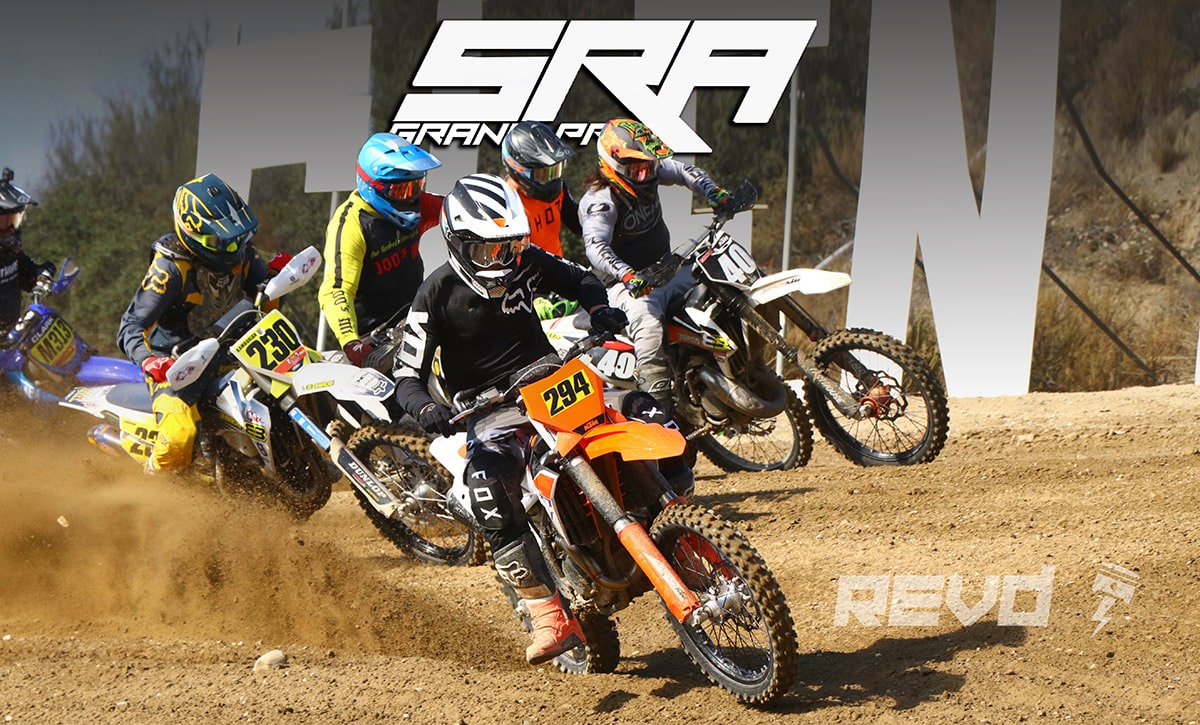 The riders who came out for July’s round of the 2022 SRA GP season at Glen Helen clearly have a ton of will and showed it by laughing in the face of another hot Southern California summer day. The SRA format makes it the easiest place for off-road racers to do their thing in the summer. It features a tightly run schedule where the riders can arrive, sign up, practice, race and load up in under 2 hours. Virtually no other racing organization allows riders to do so much in so little time. With triple-digit temperatures now the norm, the last thing anyone wants is to sit under the hot sun for hours waiting to race. If you’re lucky enough to be in the first race, you can be all done by 9:00 a.m.

The riders in that lucky race this time were the older age groups (+50, +60, +70), the women experts and the vintage bikes. They got a sight lap and started at 8:00 a.m. sharp. The first wave was the +50 Experts, which is one of the largest single classes of the day. Gordon Ward is usually unbeatable in that class, but Craig McCall was first to the first turn this time. Then Ward had problems that put him way back in the pack. He regrouped and passed his way up to fourth by the end of lap one. McCall held on to the lead for a good 20 minutes before Ward finally passed him. On the very last lap, Mike Marshall took second away from McCall as well.

The Women Experts were on the second wave, where Jessica Daniel held on to the lead for almost half the 50-minute race. Lauren Woods then took over and seemed to pick up speed. She kept passing riders from the first wave until she was sixth overall. Daniel and Laci Olivas then had a close race all the way home, with Olivas finishing 4 seconds in front of Daniel.
The 60 year-old class had a new recruit. Mike Baker has now turned 60, much to the dismay of everyone else in that class. He was a dominant off-road rider in the ‘70s and he’s still in excellent shape. He started in the third wave with almost 40 riders in front of him and passed his way up to fourth overall. Darren Lowrey was second ahead of Mark Barnes and four-time AMA National Motocross Champion Gary Jones, who just turned 70.

While everyone else was loading up to get home, Gordon Ward turned around and went back to the line for the combined +40/+30 race. He got the start and led the first two laps, but there were some fast riders hunting him down. The first of them to pass Ward was Dirt Bike Managing Editor Mark Tilley. He held on to the lead until Sean Collier passed him on the very last lap. In the end, Collier was the top +30 Expert and Tilley topped the +40 Experts.

The combined Pro race took place as temperatures were climbing, and a number of National GP riders came out specifically to train in the heat. JP Alvarez was one; Colton Aeck was another. Alvarez put his Kawasaki 250 in front of the combined Pro class on the very first lap while Aeck spent more time working his way up through the field. By the time Aeck was in second place, Alvarez had pulled about 20 second ahead. The race tightened up in the later laps, but Aeck never quite got close enough to make the pass. The top 450 rider was Clayton Roberts ahead of Trevor Hunter.

The next SRA GP will be held at Glen Helen on August 28. For more information and results, go to www.sragp.com.