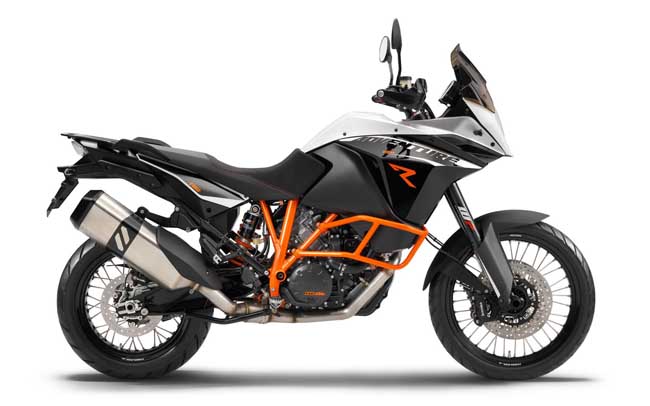 Share FacebookTwitterGoogle+ReddItWhatsAppPinterestEmail
The new KTM 1190 Adventure S has been rumored for some time, and last week some photos leaked out of KTM Austria (accidentally on purpose). A KTM web site had studio photos of the bike up for a short time, but that was all t took for the photos to spread throughout the internet. KTM admits that the bike will be announced later in the year, but it’s unclear if it will be a 2013 model or perhaps an early 2014. The key to the bike is that it uses a motor that is very similar to  that in the RC8 sport bike, which produces over 150 horsepower. By the time it reaches the adventure market, it might well be in a milder state of tune.

A few hundred miles away from the KTM factory (but still in an area where they drink beer from large, heavily decorated mugs), German engineers are putting the final touches on the liquid-cooled BMW R1200GS. This bike was rumored to be out by now, but there have been delays on all of BMWs projects this year. The new GS will have much more that water jackets and radiators, and the displacement might not even be in the 1200 range.
In the same company but at a different factory, the new Rotax motor for the next generation F800GS is being fit into its new BMW chassis. We believe this bike will be announced shortly after the liquid-cooled 1200. Stay tuned.
Share FacebookTwitterGoogle+ReddItWhatsAppPinterestEmail