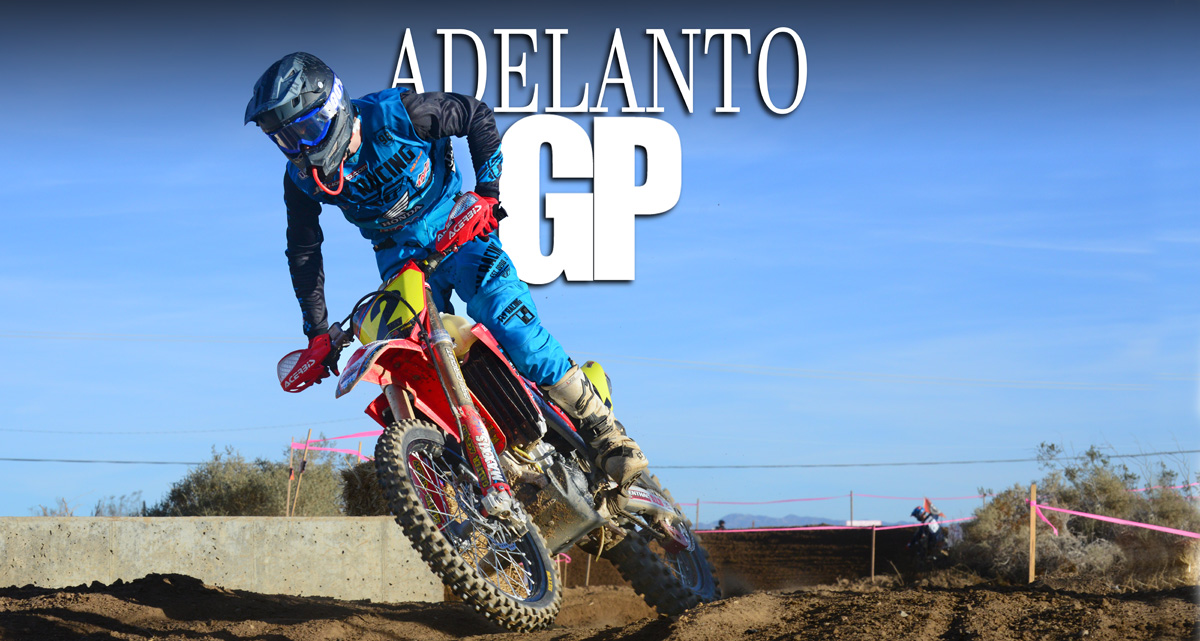 The Adelanto GP continues to grow into more than an off-road race. It’s turned into a high desert dirt-bike festival, crowding in an estimated 10,000 spectators and riders for racing, music and camping. The race itself has gown in importance, too, with factory involvement taking a noticeable uptick in 2018.

This year, JCR’s Trevor Stewart was unquestionably the King of Adelanto. He took the lead of the Pro race in the first turn and then did nothing but pull away for the next 90 minutes.  Behind his relatively uneventful one-man show, the field was continuously changing. Second place was an on-going battle between RPM’s Eric Yorba, Three Bros. Racing’s Zach Bell and Dalton Shirey of Rockstar Husqvarna.

For Bell, it was his first chance to display the number one plate he earned last season, although it was on an entirely new bike. The newly formed Three Bros. team has support from Husqvarna, and Zach has only had a few rides on his new bike. Likewise, Gary Sutherlin has newly acquired support from U.S. Suzuki on a completely untried RMX450Z. He spent much of the previous two weeks assembling his new bike, and Adelanto was a shakedown race for him. Last year’s Adelanto winner Blayne Thompson also found himself on a new bike, but that was the least of his problems. A week before the race, he injured his foot badly, and had to reduce his Adenalto plans to simply test riding his new Chaparral/Precision Concepts Kawasaki. Justin Jones and Derek Kelley are on the revamped Ox Motosports team while their teammate Mark Samuels races in the Dakar Rally. By far, the biggest change in the Big 6 field was the addition of GNCC XC-1 Champion Kailub Russell. He will defend his title back east this year in addition to learning the ropes out west. In Big 6, Kailub would also have to learn to ride a KTM 450XC instead of his more familiar 350.

As the race went on, Stewart continued to stretch out his lead, while Shirey and Yorba kept each other company in second and third. Fourth place seemed to change frequently, with Travis Damon in the mix with Bell, Russell and a pack of Justins: Seeds, Jones and Wallis. Sutherlin and Damon dropped out, then Jones ran out of gas. In the final stages of the race, Bell struggled with bleeding hands, while Seeds came on strong. In the end, it was Chaparral’s Seeds who won the war for fourth with Russell close behind. Wallis put his Honda in sixth ahead of Bell and Ryan Reyna. 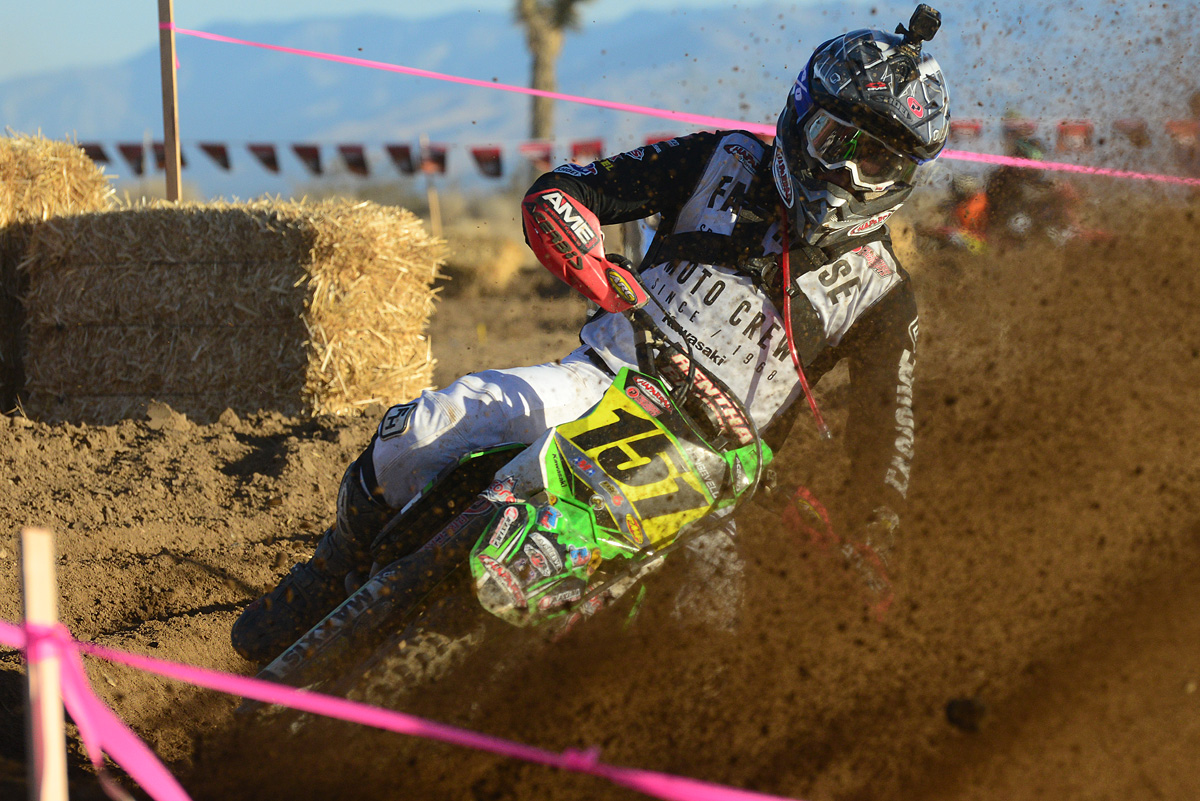 SX WRAP UP: FIND OUT WHAT HAPPENED AT THE HOUSTON SUPERCROSS