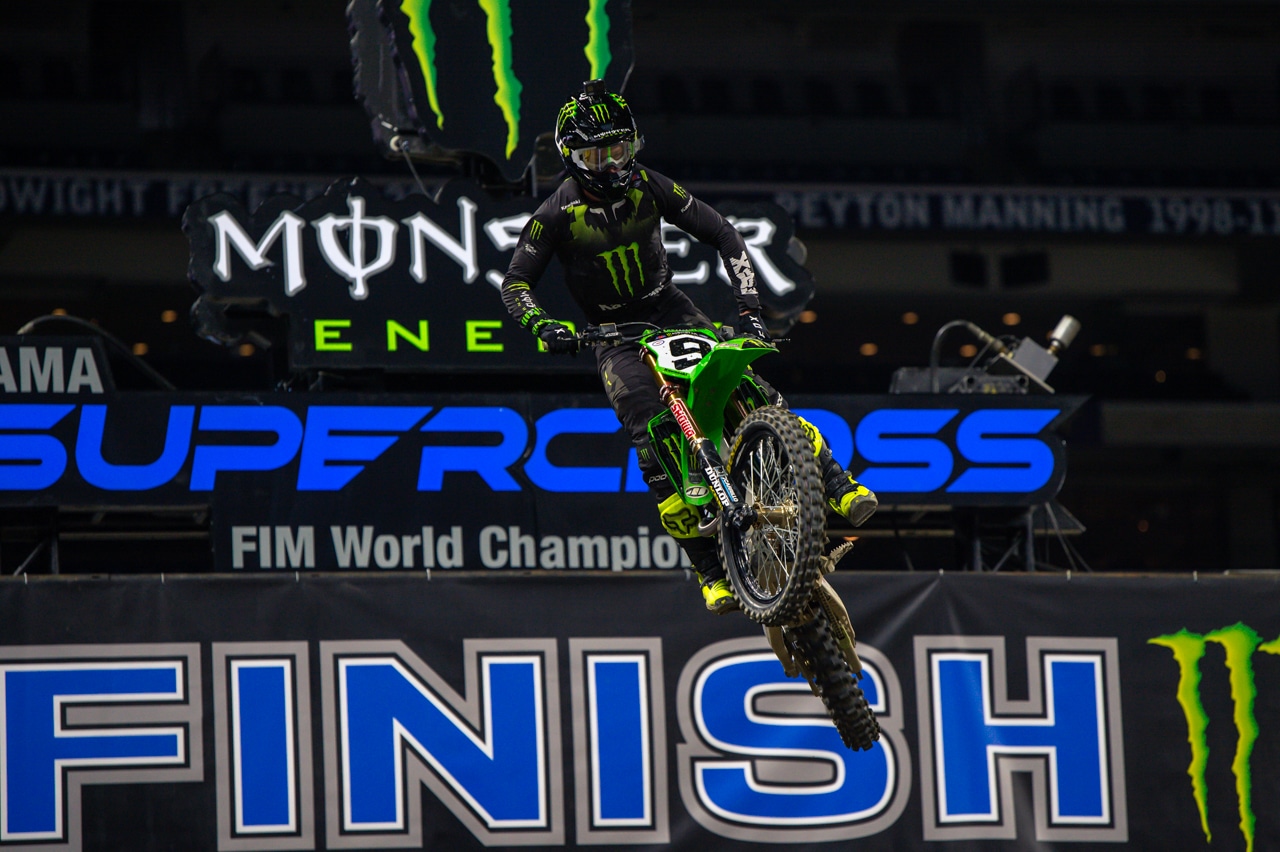 Adam Cianciarulo and Team Monster Energy Kawasaki has just announced that due to a Knee injury he will miss the remainder of the 2022 Supercross season. See below for the official information from the team.

Foothill Ranch, Calif. (January 26, 2022) – Monster Energy Kawasaki rider Adam Cianciarulo will be sidelined for the remainder of the Monster Energy AMA Supercross Championship due to a knee injury sustained during Round 3 in San Diego, California.

Cianciarulo had an impressive start to the 2022 Monster Energy AMA Supercross Championship with courageous performances that had him leading laps in back-to-back 450SX Main Events. Despite competing with the adverse effects of a pre-season shoulder injury, Cianciarulo persevered to score valuable points at the first two rounds and kept his sights set on the long-term goal of championship contention.

“The start of this year has been challenging for me mentally and physically as I’ve done my best to overcome a slowly recovering shoulder injury,” said Cianciarulo. “I’m proud of what I’ve been able to achieve given the situation but, I’m obviously now faced with a big setback. I’m looking at this as an opportunity to fully rehab my body, so I’m focused on maximizing every day of recovery to get back to doing what I love at my best.”

“As we’ve seen from Adam through previous years, he displayed exceptional promise and heart in his riding this season,” said Kawasaki Racing Senior Manager, Dan Fahie. “His performances at the first couple of races were right on track with our hopes for him and he was progressing nicely into the swing of things. This injury will unfortunately stall that progress until Adam is healed up and ready to return to racing but, we will continue to fully support him through that time and look forward to his return.”

The pilot of the No.9 Monster Energy Kawasaki KX™450SR was on track with the team’s expectations for his performance and recovery when an untimely mistake through the whoop section at San Diego Supercross on Jan. 22, resulted in an injury to his right knee. After consultation with medical professionals, it was determined that the injury will force an early conclusion to Cianciarulo’s 2022 Monster Energy Supercross efforts. Further updates on Cianciarulo’s expected return to racing will be announced in the near future.