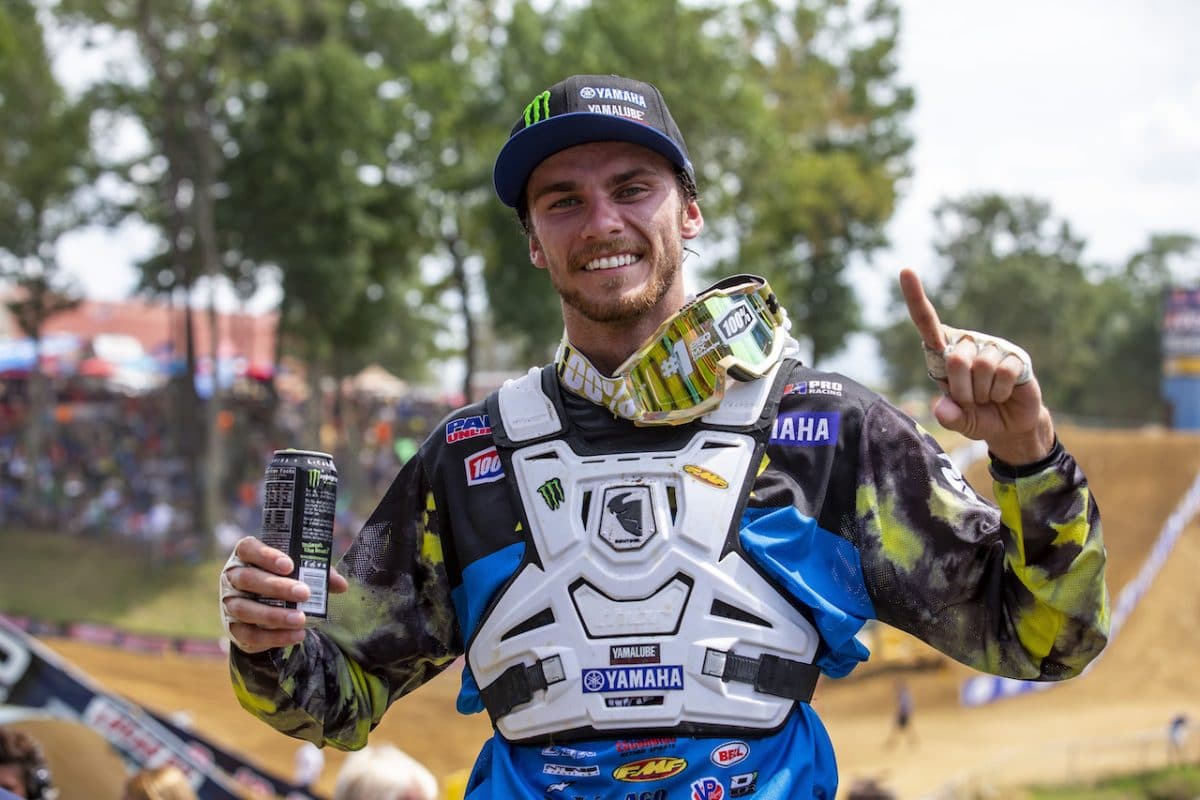 Recently crowned 250MX and 250SX West Champion, Aaron Plessinger, is set to make his 450-class debut in Monster Energy AMA Supercross and AMA Pro Motocross with the Monster Energy/Yamaha Factory Racing Team in the 2019 season. The 22-year-old Ohio native has displayed his versatile skill set in all types of conditions and will prove to be an asset to the team.

“We’re very happy and proud to sign Aaron to our Factory Team to race our YZ450F.  Aaron has been with Yamaha for over a decade and moved up through the ranks with the bLU cRU family. He has been supported by Rock River Yamaha in his amateur career and most recently with Monster Energy/Yamalube/Star Racing – they have helped to prepare him well, along with his undeniable talent, which is obvious from his dual championship winning season in Supercross and motocross. We look forward to great things in the future from both riders in 2019 and beyond.”

“Signing with Yamaha for the 450 Class is amazing! I’ve been with Yamaha since 2008 and we have had an awesome relationship ever since. I feel like it’s going to go really well for me next year, just being on a great team with good people around. I can’t wait to start testing and get my bike dialed in!”

The 2018 AMA Pro Motocross Championship concludes this Saturday, Aug. 25, in Crawfordsville, Indiana for the Ironman National. Both Yamaha factory riders Justin Barcia and Aaron Plessinger are set to represent the U.S. Team at the upcoming Motocross of Nations on Oct. 6-7 at RedBud MX in Buchanan, Michigan.