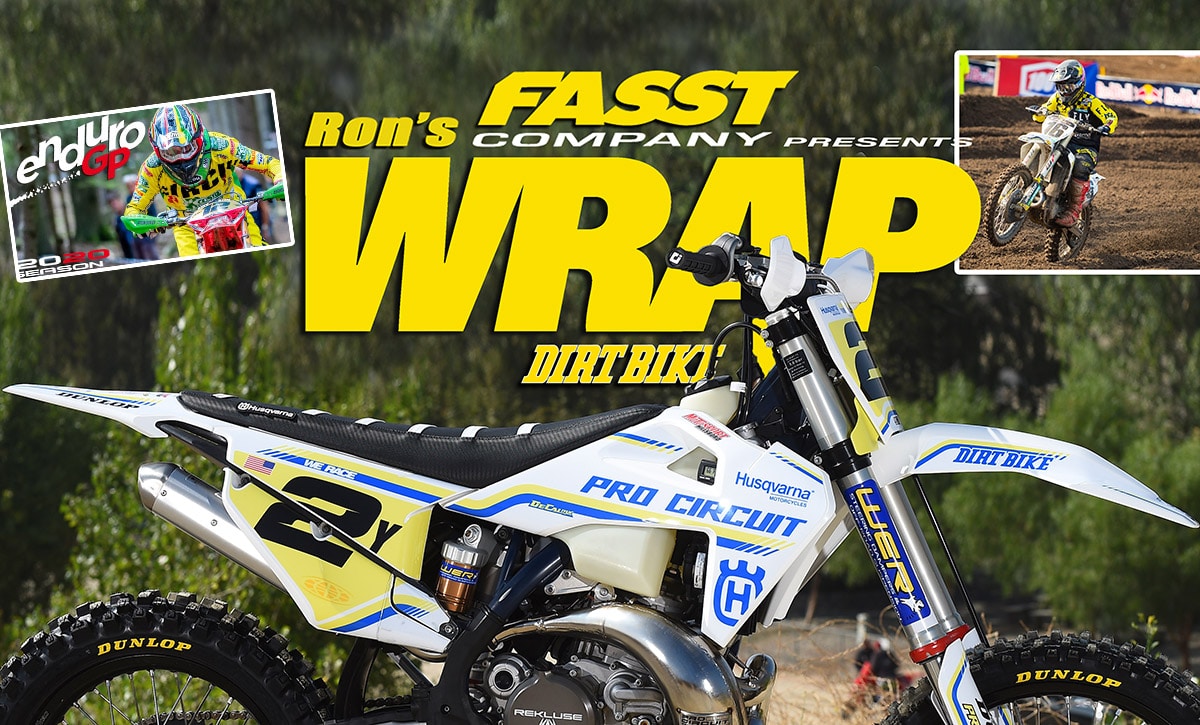 The Husqvarna TX300 two-stroke is probably the most versatile dirt bike in the world. It’s had amazing success as a motocrosser, a desert bike, an EnduroCross bike and a hare-scrambles bike. Last month we got to ride one that was specifically tailored for the forests of Oregon.  Dallas Nyblod came down from the great Northwest with a couple of interesting project bikes. One was the Honda CR125M Elsinore that he built for Broc Glover. That was was featured in Two Stroke Tuesday  a few weeks ago. Another was this 2020 Husky TX300,  the bike he rides himself. By comparison to the Elsinore, Nyblod’s Husky is a fairly conservative project, but it’s a great showcase of how you can personalize the TX300.

The motor was stock aside from the Pro Circuit exhaust and the Rekluse Radius CX automatic clutch. That’s the top-of-the-line Rekluse product which combines the auto clutch technology with the Core friction plates. The best part about this clutch is that you can use it like a manual clutch, or you can completely ignore the clutch lever without any issues with stalling. When you use the clutch manually, you have much more control over engine rpm. The engagement doesn’t feel exactly like a manual clutch, but it’s very close. Riders have been known to ride the bike using the clutch without even realizing that it was automatic. 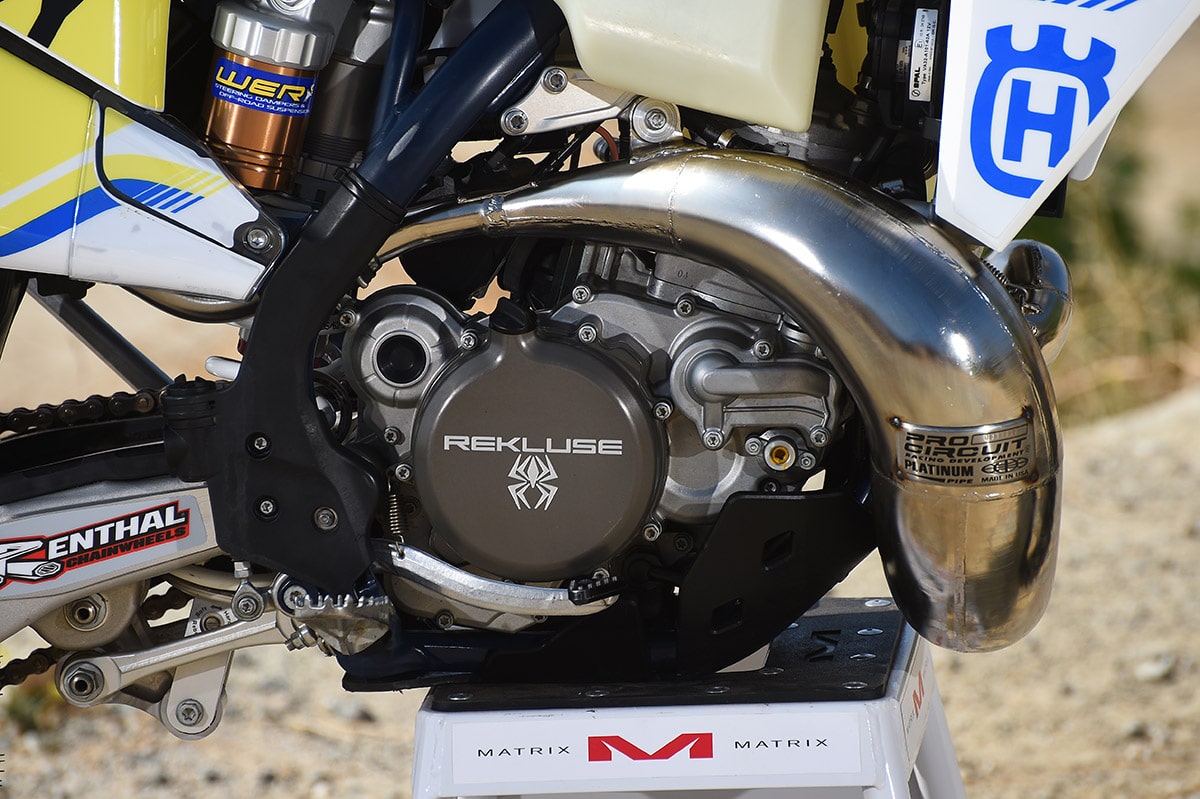 Drew Smith at WER used K Tech  hardware to rework the Xact AER 48 air fork and WP shock on the TX300.  To do this, he used two separate K Tech kits for the fork–a spring conversion and a piston kit–as well as a bladder conversion kit for the WP shock. In addition to the installation, Drew revalved both ends with his own specs for woods racing and used K Tech springs. 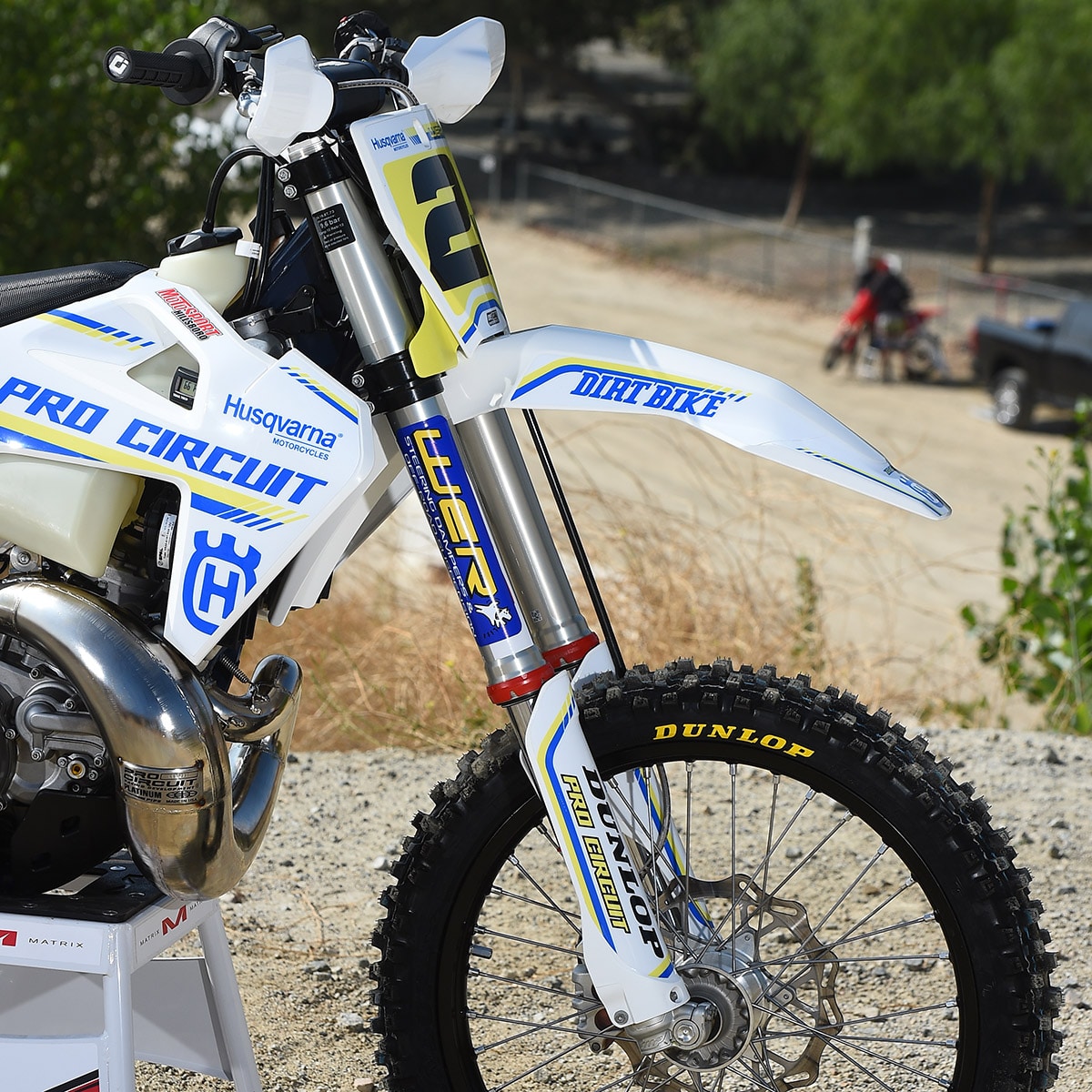 The Xact air fork was rework with a coil spring and a new piston.

WP has the best air fork on the market. Still, an air fork requires some maintenance for each and every ride, and some riders still feel the performance can’t match coil springs. On a separate note, the 2020 and earlier Xact air forks have a somewhat simple valve design that could be improved. The 2021 version of the fork addresses this with a new mid-valve design, but there are still hundreds of earlier versions in the U.S. population of Husqvarna and KTM off-road bikes that could use the update. The K Tech spring replacement and the K Tech piston replacement work together to address both issues. 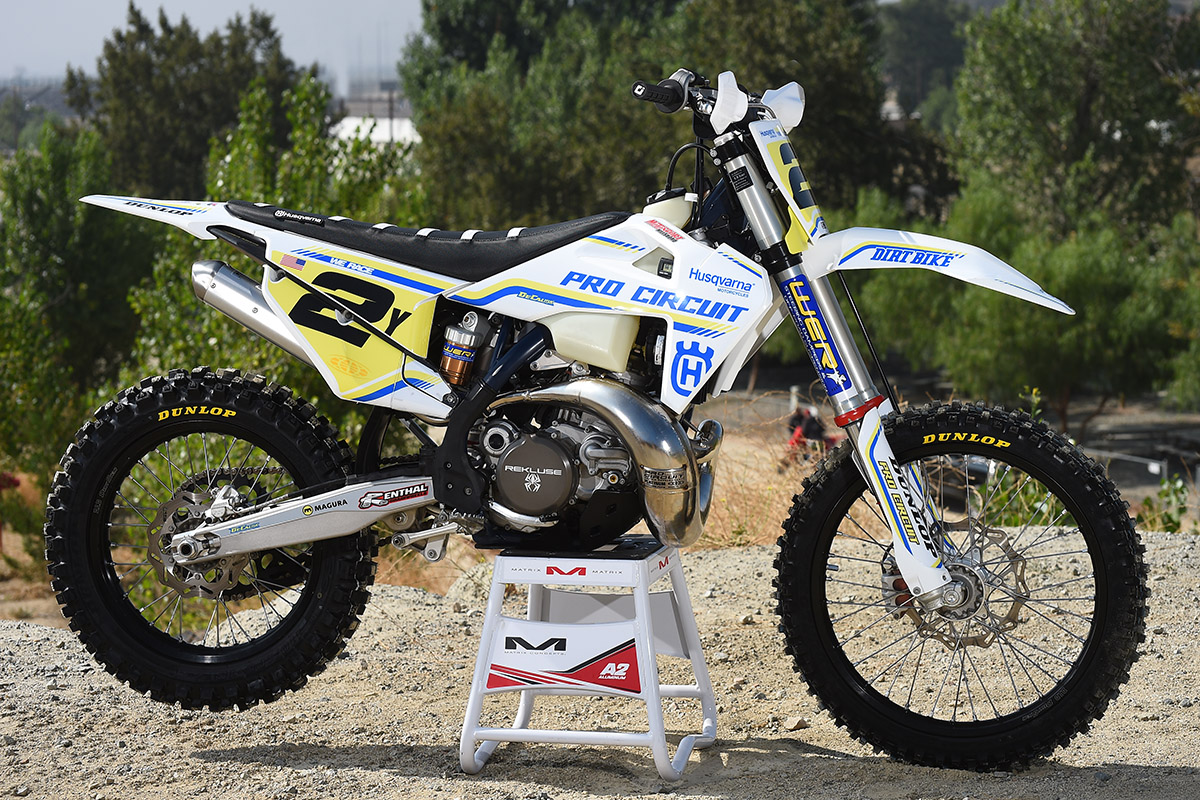 In the rear, the WP shock uses a floating piston, which works well but makes maintenance difficult. Bleeding the shock after an oil change or a seal replacement requires special tools and technique. The K Tech bladder kit eliminates the floating piston and makes shock bleeding possible for the average person in an average garage. The shock also got WER’s revalving. 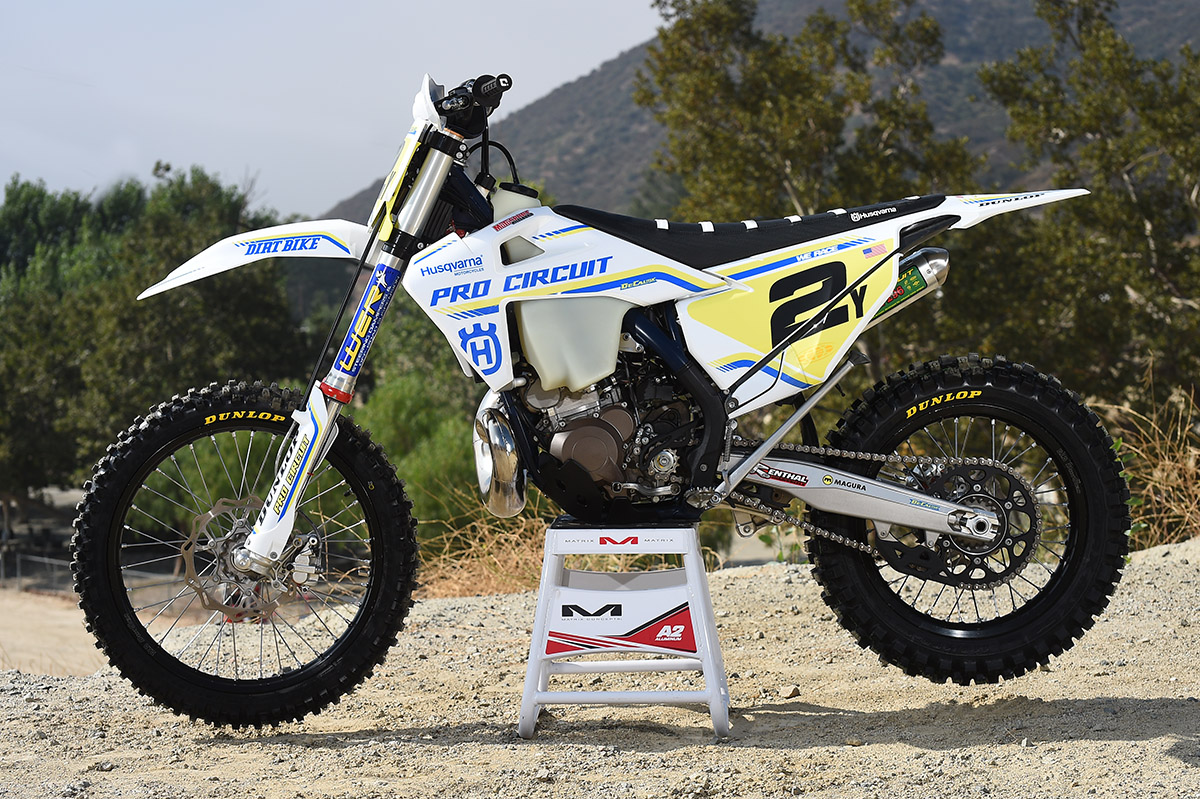 We got to ride Nyblod’s bike back to back with a standard 2020 model. The biggest advantage was that the K Tech bike was ready to ride on tight, rocky trails immediately. We have a loop with miles of rocks and low-speed trail obstacles, and while it isn’t Oregon, it has many of the same elements. The modified TX was turn-key and plush. The stocker, on the other hand, was far too stiff with the stock air pressure. We reduced it to 127 pounds to get the initial compliance that we wanted, but at that level it had very little bottoming resistance and too much movement. More compression and rebound damping helped, but after a few hours of chasing settings, we never got the bike to work as well as the K-Tech bike on that specific loop. In the rear it was more click chasing. In general, suspension tests are never conclusive because each rider’s needs are different. But, the mechanical changes offered by K-Tech are well engineered and solid. They must be combined with a good suspension tuner who can tailor the valving to your needs. The K-Tech prices start with $495 for the spring conversion. For everything that was done on both ends of our test bike, including springs and labor, the total was around $1600. For more specific itemization, contact Drew Smith.

When competing in a class other than the class in which the championship was earned, the rider must use the professional number assigned.