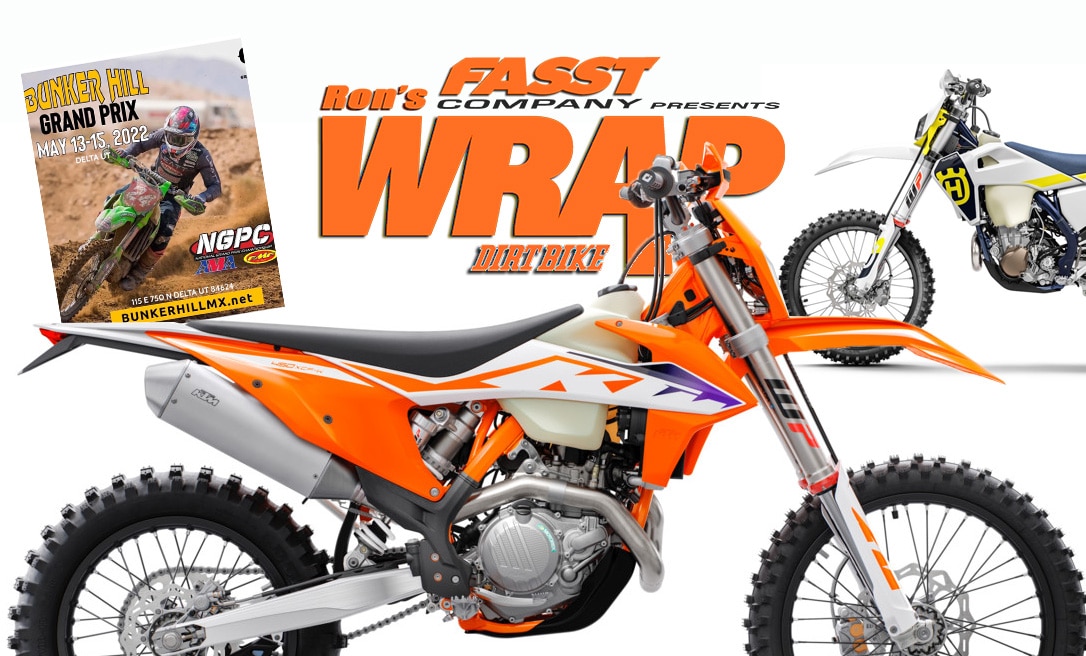 Among the minimally changed models that KTM introduced last week was one particular motorcycle that deserves more attention: the KTM 450XCF-W. At a glance, this seems to be a downsized version of last year’s 500XCF-W. As it turns out, it’s much more than that. In fact, this is a bike that American riders in the Southwest have been clamoring for. The corresponding model in the Husqvarna line is the FE450, and that bike offers a combination of characteristics that will be particularly interesting to desert racers. 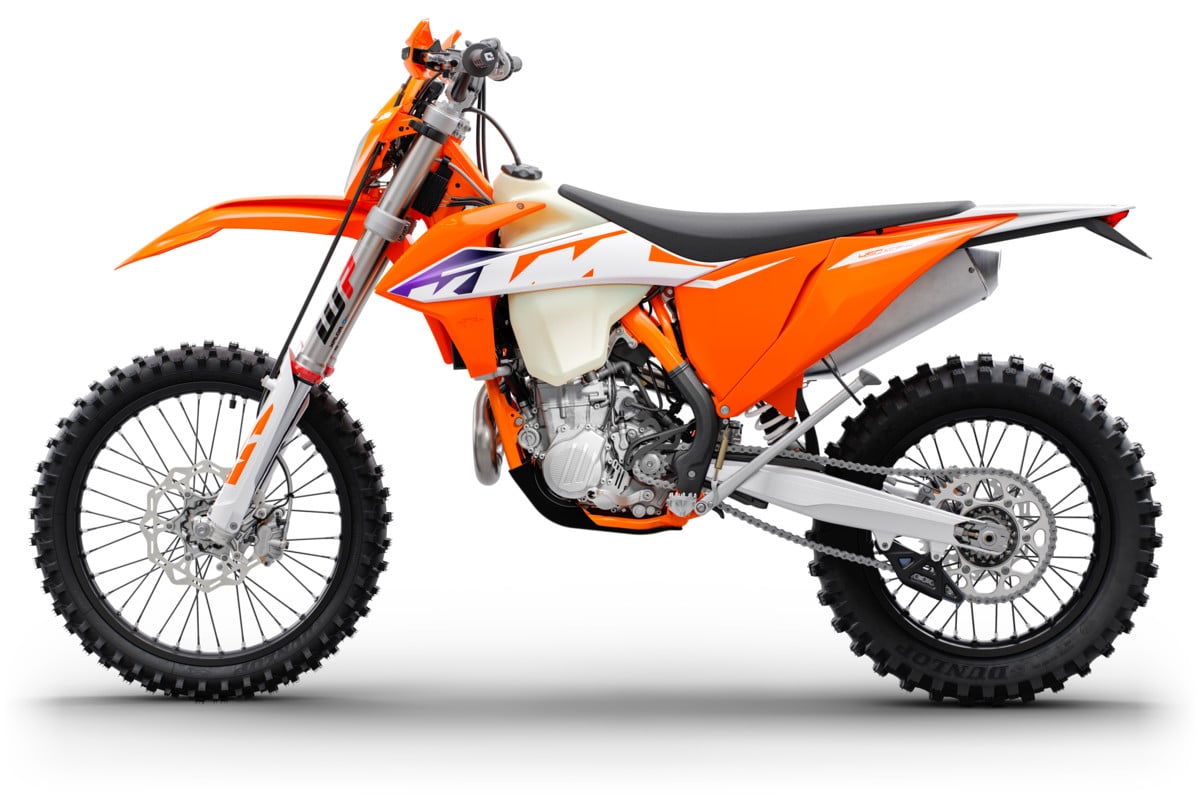 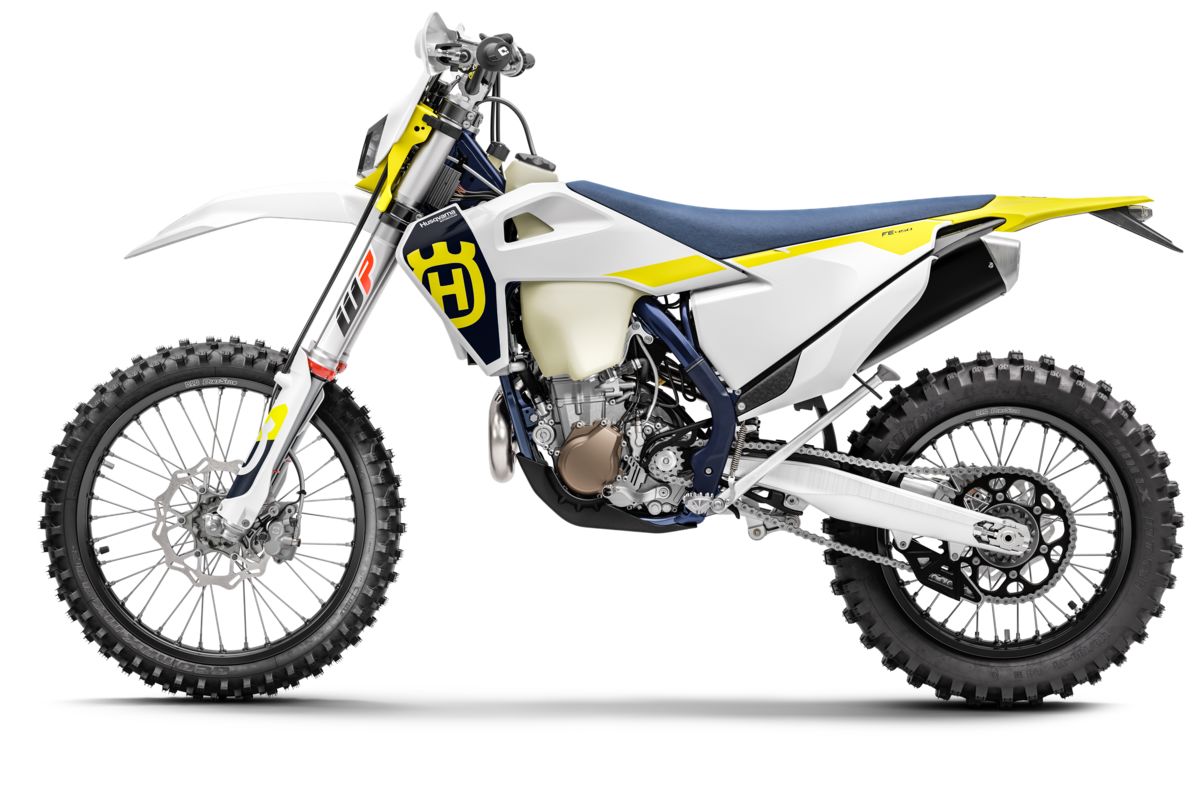 Both bikes are basically European-spec motorcycles that have not been available in the States. The backstory on why we never got them is a little confusing. Europe has a very different list of demands for dual-sport bikes, which KTM has traditionally called its EXCs, going all the way back to the ‘90s. When KTM offered its first U.S. dual-sport bike in ‘07, the marketing people wanted to call them EXCs as well, but the bikes needed to meet different restrictions for noise, equipment and emissions. Thus, the U.S. EXCs were completely different from the Euro ones, and that’s been the case ever since. The XC-F line, on the other hand, was composed of competition cross country racers, just a half tick away from full motocross bikes. There was a need for a line of more trail-friendly off-road four strokes, but the EPA’s regulations for noise and emissions for trail bikes are almost as severe as those for dual-sport bikes. KTM offered the 500XCF-W and Husky offered the FE501 as EPA-approved off-road bikes. They were almost as dumbed down as the dual-sport bikes, but they both had one feature that Americans in the Southwest wanted: a six-speed gearbox. Desert racers either installed the XC-W gearbox in the 450XC or hopped-up the 500XC-W. 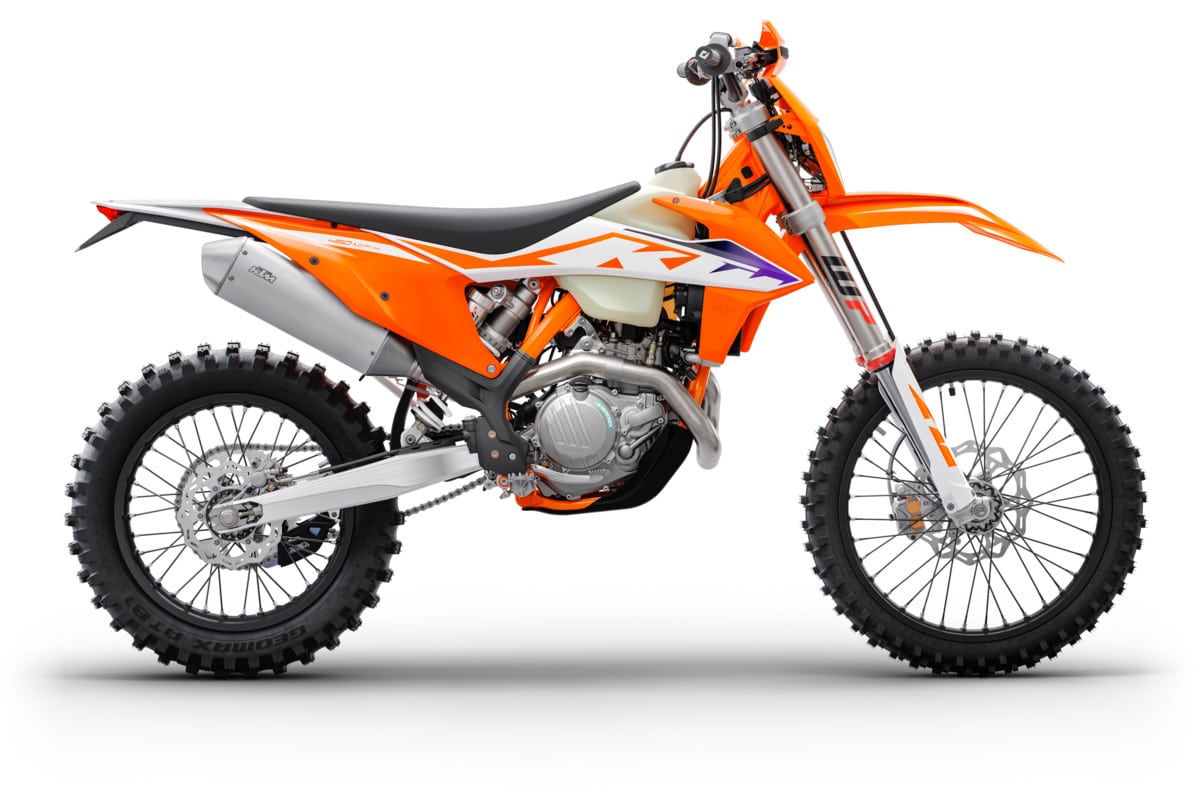 Now, starting with 2023, KTM and Husqvarna have reclassified their big four-stroke trail bikes as “closed-course competition” bikes, at least as far as the EPA is concerned. That means they are no longer held to the rules governing off-road vehicles. The reed in the airbox is gone, the muffler is less restrictive and there’s no charcoal canister. The mapping is more aggressive, and there is a second map available through the handlebar-mounted multiswitch (previously, the mapping was locked in the approved setting). The stroke is shorter (63.4 vs. 72.0mm) on both bikes but the compression ratio is unchanged at 1:12.75. The KTM version has PDS rear suspension without linkage, whereas the Husqvarna FE450 uses linkage. Both still have Xplor coil-spring forks, and there’s no word yet on how aggressively they will be set up. The Husqvarna will have Braktec hydraulics, whereas the KTM will have Brembo. As far as tires, both will have a combination of the motocross oriented Dunlop MX33 in front and the off-road Dunlop AT81 in the rear. We should have the new KTM 450XCF-W to test within a month.

FOR WHAT IT’S WORTH … 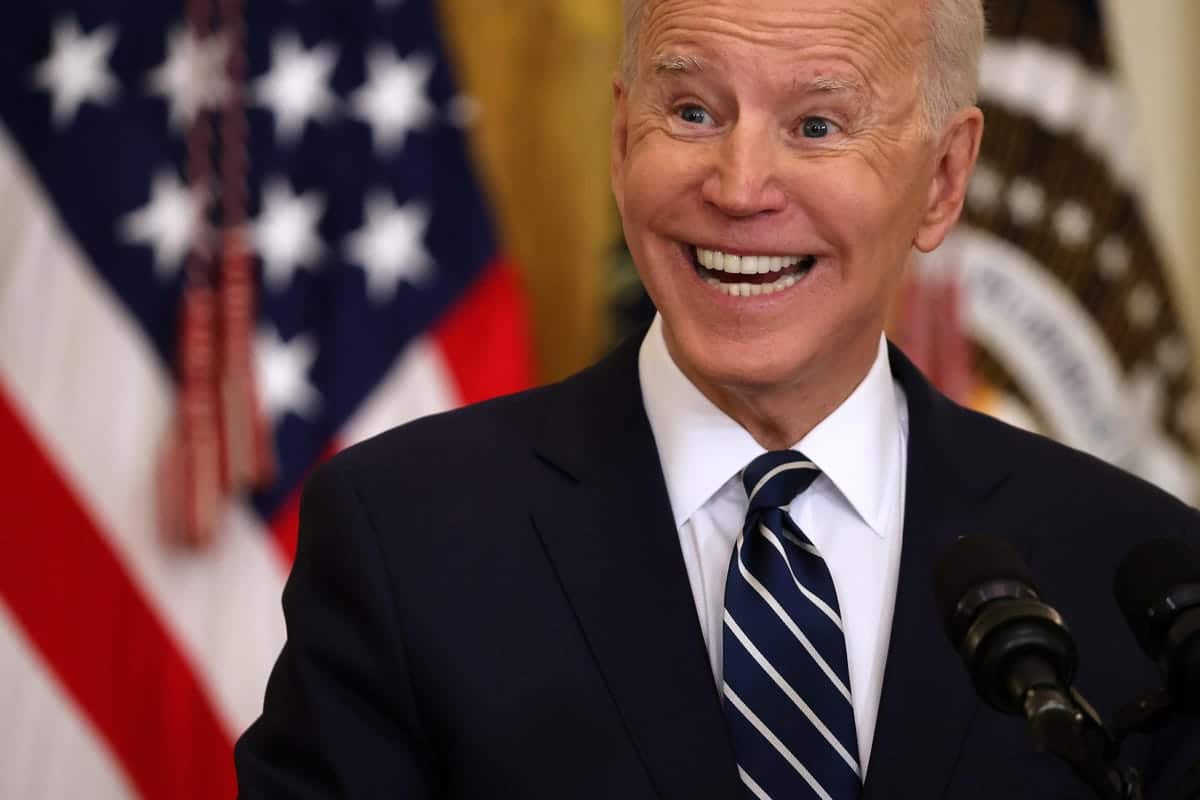 “For millions of Americans, riding a motorcycle is more than a mode of transportation — it’s a way of life,” President Biden said in the letter. “A motorcycle offers freedom, recreation, and the opportunity to explore our great Nation coast-to-coast. But unfortunately, riding is not without risk. Each year, thousands of motorcycles are killed on our Nation’s roads and highways … My administration remains committed to ensuring the safety of everyone who rides a motorcycle and all who travel across our Nation.” 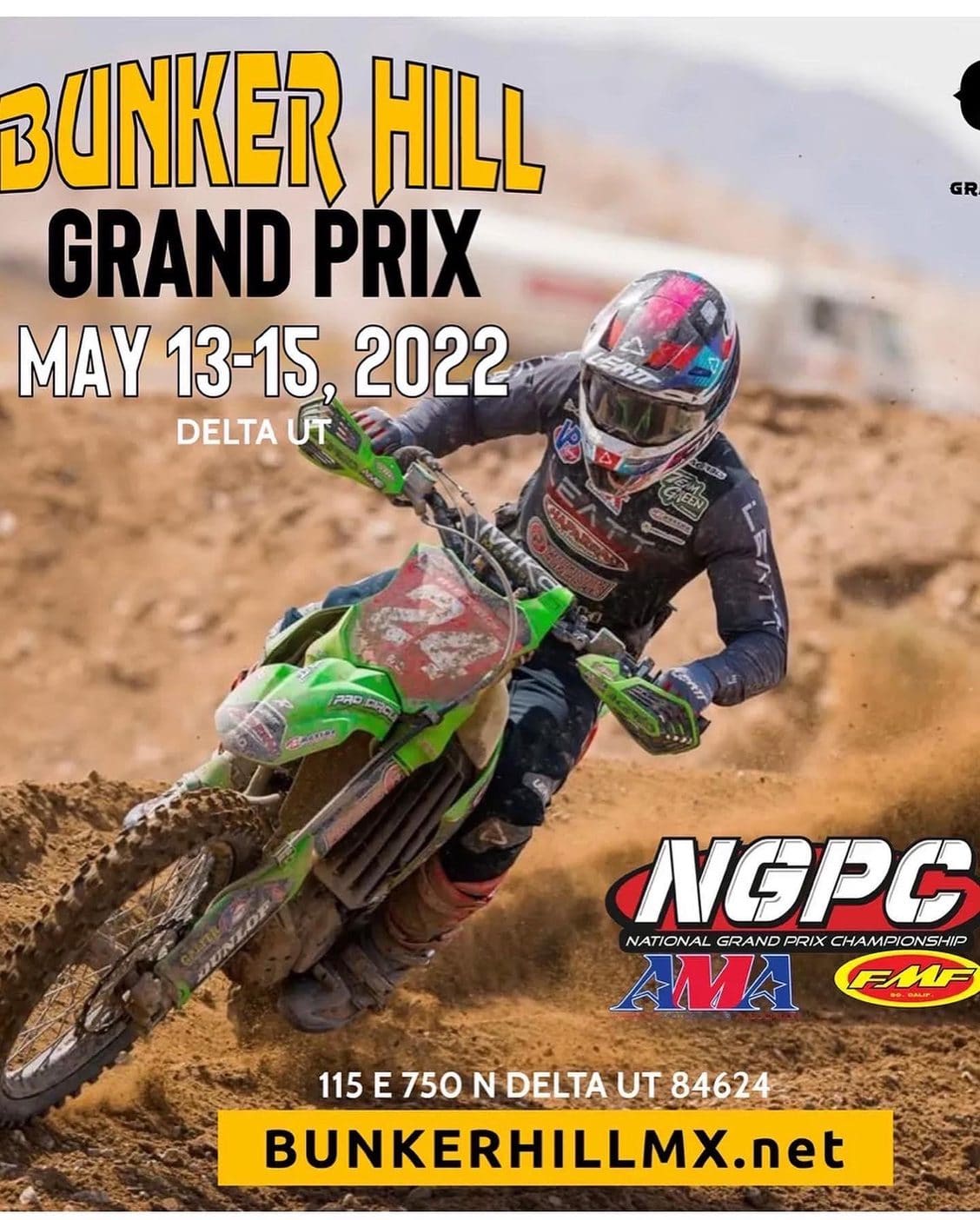 We gotta hand it to the guys at the NGPC series. Rather than just hit the same venues over and over, they are always looking out for something new. Next weekend will be their first event at Bunker Hill, in Utah. This is organized by the same crew that put together the NGPC event in Preston, Idaho.

We are big fans of the U.S. Motorcycle Coaching Association. Here’s their latest promo. 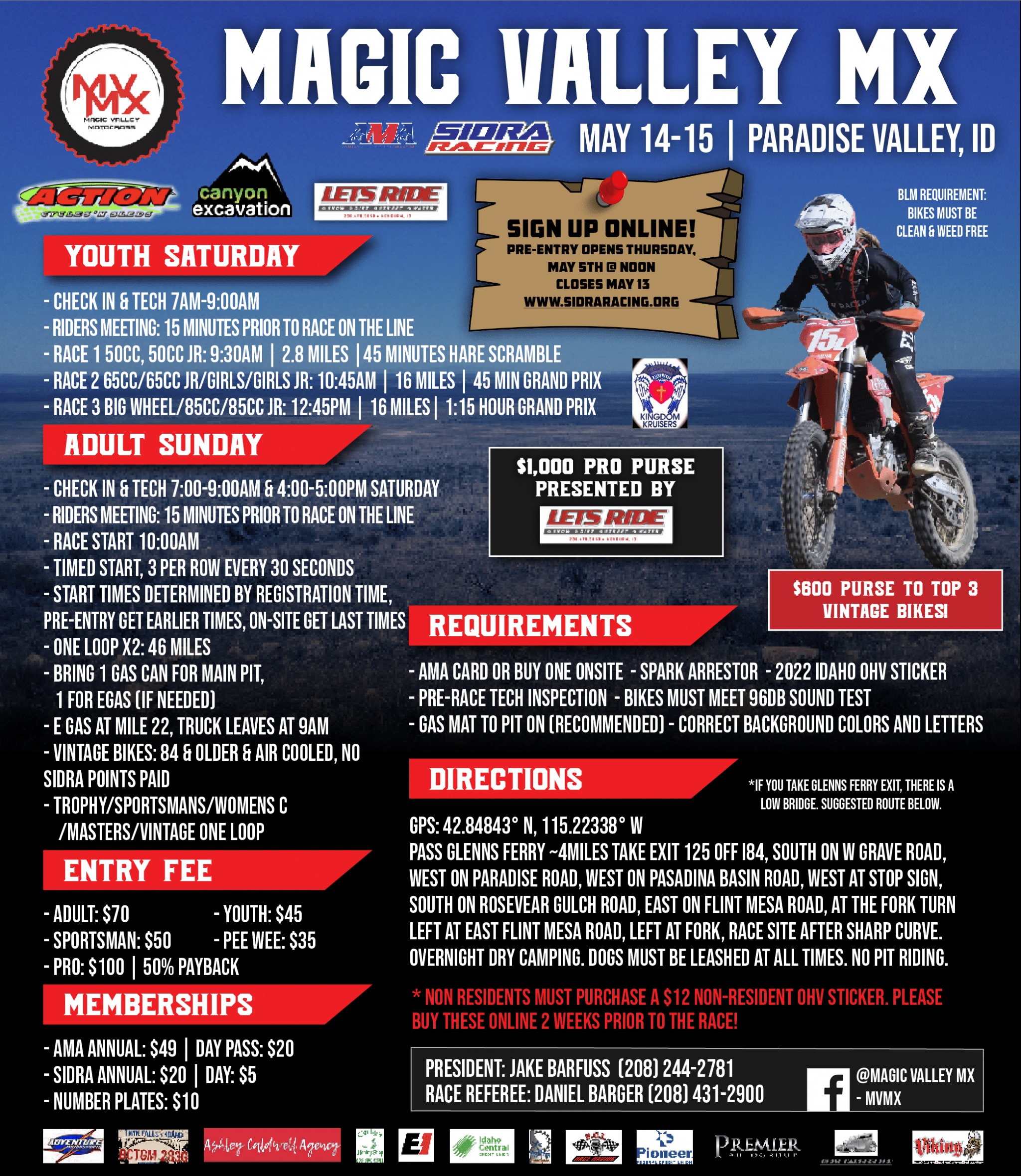 We’re always on the lookout for cool sounding events that weren’t previously on our radar. We’ve heard good things about Magic Valley MX and they are planning a GP next weekend. We have it figured out that we can ride the NGPC on Saturday and make it to Twin Falls Idaho the next day–but it will be tight!

WORCS: VEGAS UNDER THE LIGHTS

WORCS made its annual trip to the Orleans last weekend. It sounds like an odd off-road race, but once you see it through the GoPro of Tyler Lynn, you kinda get it.