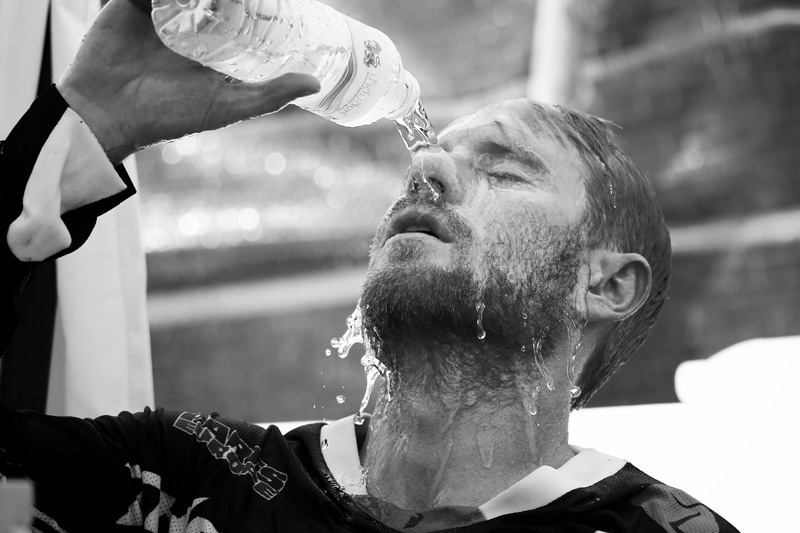 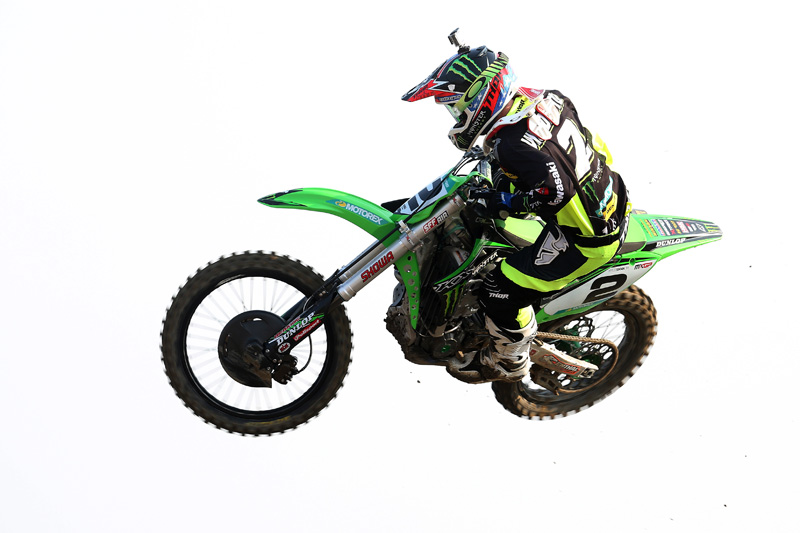 Ryan Villopoto clinched victory for the Monster Energy Kawasaki Racing Team in stifling heat at the Nakhonchaisri raceway, which hosted the Thai round of the FIM World MXGP Motocross Championship.

The ten times US champion showed an immediate liking for the man-made track 35 miles west of the Thai capital Bangkok as he won the qualification race by an amazing 33 seconds as the hard work of midweek suspension testing in Europe paid dividends. With temperatures soaring above 100 degrees Fahrenheit RV2 was content to control the first GP moto by a smaller margin on race day, but was never seriously challenged after sweeping past teammate Tyla Rattray for the lead before turn three. After being forced off the track through the early turns of race two Ryan needed three laps to advance to third place, at which stage the leader already held a five second advantage. The leading trio matched each other’s pace for several laps before the Kawasaki leader, secure in the knowledge that his placing would give him the overall success on the day, took no risks to secure the honour. He has also moved up the championship table to fourth, just 18 points shy of the series pacesetter.

Ryan’s teammate Tyla Rattray reinforced the power of the KX450F-SR and the commitment of the entire Kawasaki Racing Team when he grabbed the Holeshot award in the first moto and the South African maintained his leaderboard ranking all race to finish eighth. After another strong start in race two, Tyla again finished eighth and has now moved to eleventh in the series standings after two events of the 18 round series. The series continues with round three at Neuquen in Argentina on March 28/29.

Ryan Villopoto:“We only had two days to test when we went back to Europe but we made good progress with the bike. We made some big suspension changes and then some fine tuning here. I think the track here is not only new for all of us, it is also a little more jumpy than the usual GP track and suited me. For sure there will be weeks when a track suits me best, and other weeks when the track suits the European guys. I didn’t ride this sort of heat for one and a half years, and it even started snowing when we were training in Belgium on Tuesday, so it was a shock change for all of us. I guess I have some things to learn too. I also backed off my pace in the qualifier but I think the other guys did so even more to save energy in the heat. There’s a strategy to GP racing but I’m gradually getting used to it. I got pushed around a little in the first few turns of race two but when I got to third I just tried to be smart, and at this stage of the season a safe third is better than risking a crash. It’s cool to come here to Thailand and see things which you would normally only see in the movies; it’s a bizarre experience.” 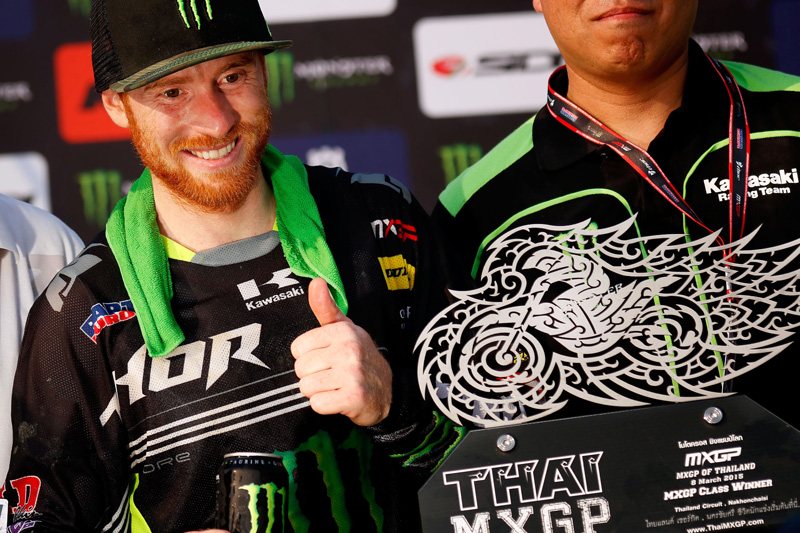