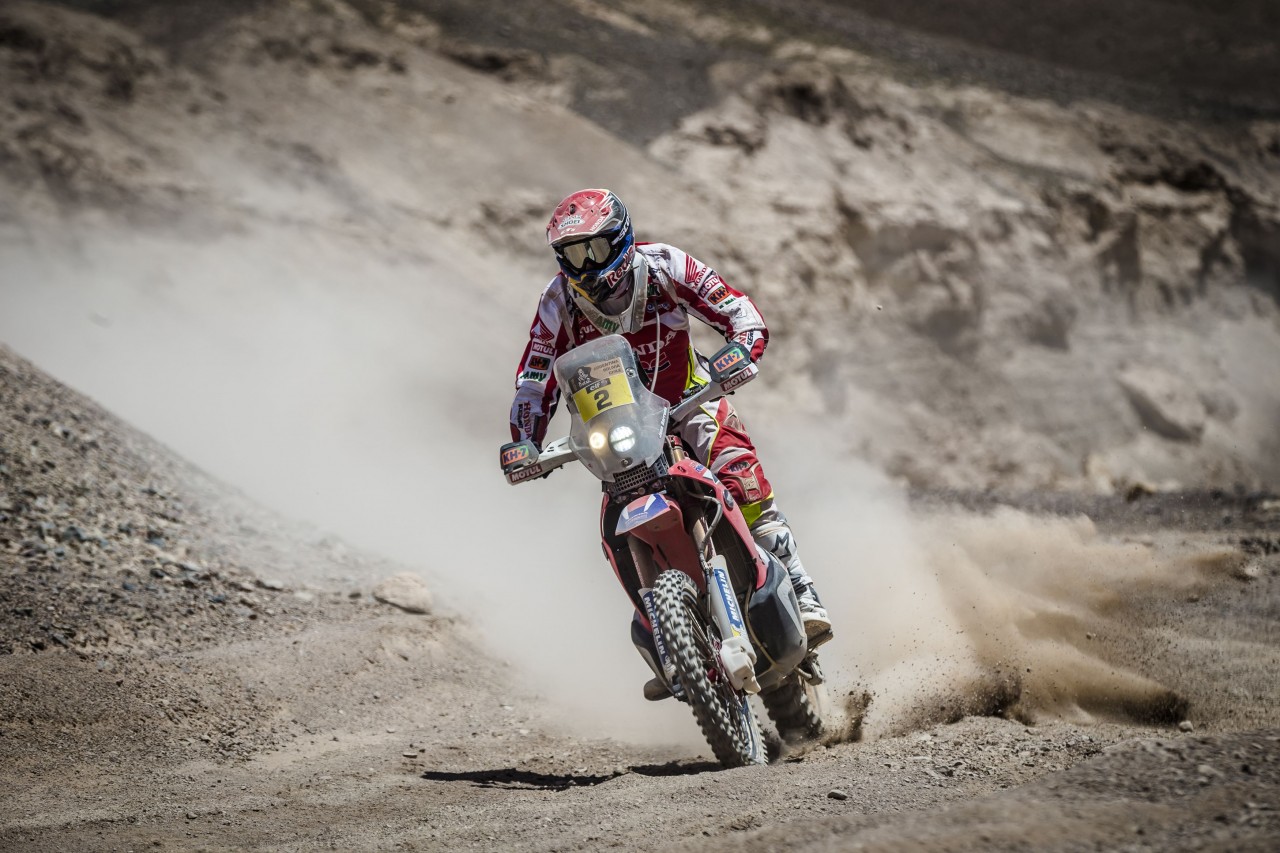 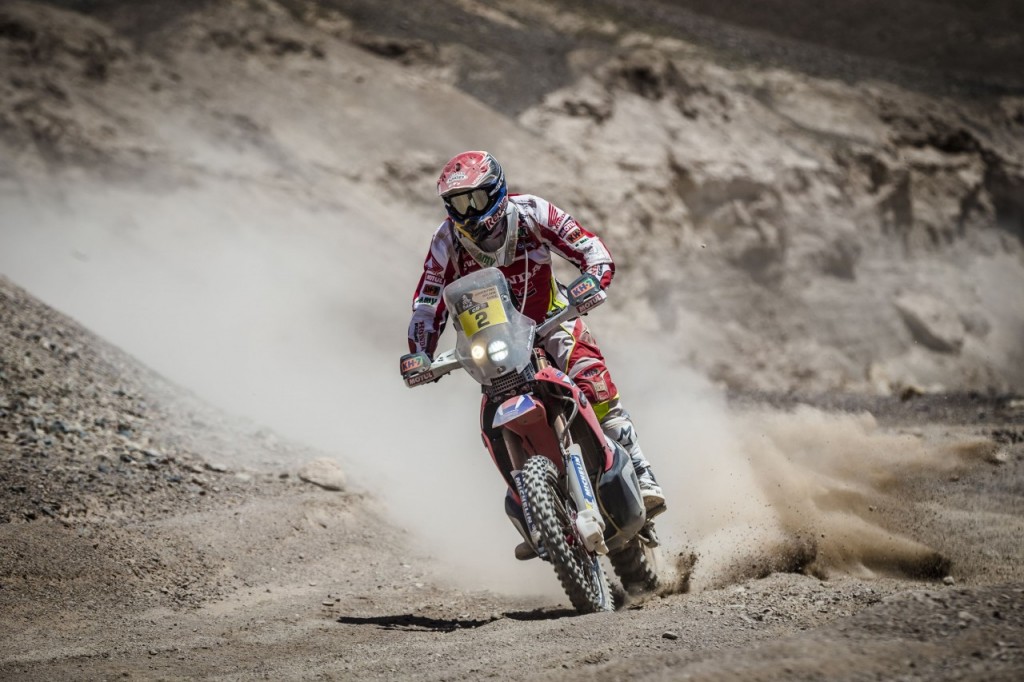 Joan Barreda, frustrated by a streak of bad luck which sounded the death knell for his overall ambitions in stage 8, was determined to grab as many stage wins as possible to finish the Dakar in style. TheSpaniard, possibly the most talented rider in the field, claimed his third win since the start in Buenos Airesafter setting an infernal pace throughout the entire special and finishing 1′39″ ahead of Marc Coma inCachi. Coma himself was the other big winner of today’s stage, as he increased the gap separating himfrom his closest rivals.

Paulo Gonçalves had to settle for fifth, conceding an extra two minutes to his KTM foe. Eighth-placedPablo Quintanilla lost even more ground and now holds a wafer-thin margin over the solid Toby Price,fourth today at 2′14″. Ruben Faria also had a good day on the saddle, clocking the third fastest time, justlike sixth-placed Štefan Svitko. Juan Pedrero, on the other hand, lost heaps of time towards the end.

Meanwhile, in the quad category, Nelson Sanabria clinched his second Dakar stage win after producing amasterful ride to beat young Jeremías González by 3′40″ in Cachi. Walter Nosiglia capped a South American 1-2-3, but the big winner of today’s stage was none other than Rafał Sonik. The Pole capitalisedon the withdrawals of close rivals Ignacio Casale and Sergio Lafuente and now has a 2 h 51′ margin over González Ferioli with three days to go until the finish in Buenos Aires.

Coma now leads the standings by a margin of seven minutes 35 but there are still many kilometers to the finish at Buenos Aires and he still has to weather the second half of the second marathon stage on Thursday. Riders are not permitted any mechanical assistance or support from their teams at the halfway point of a marathon stage.