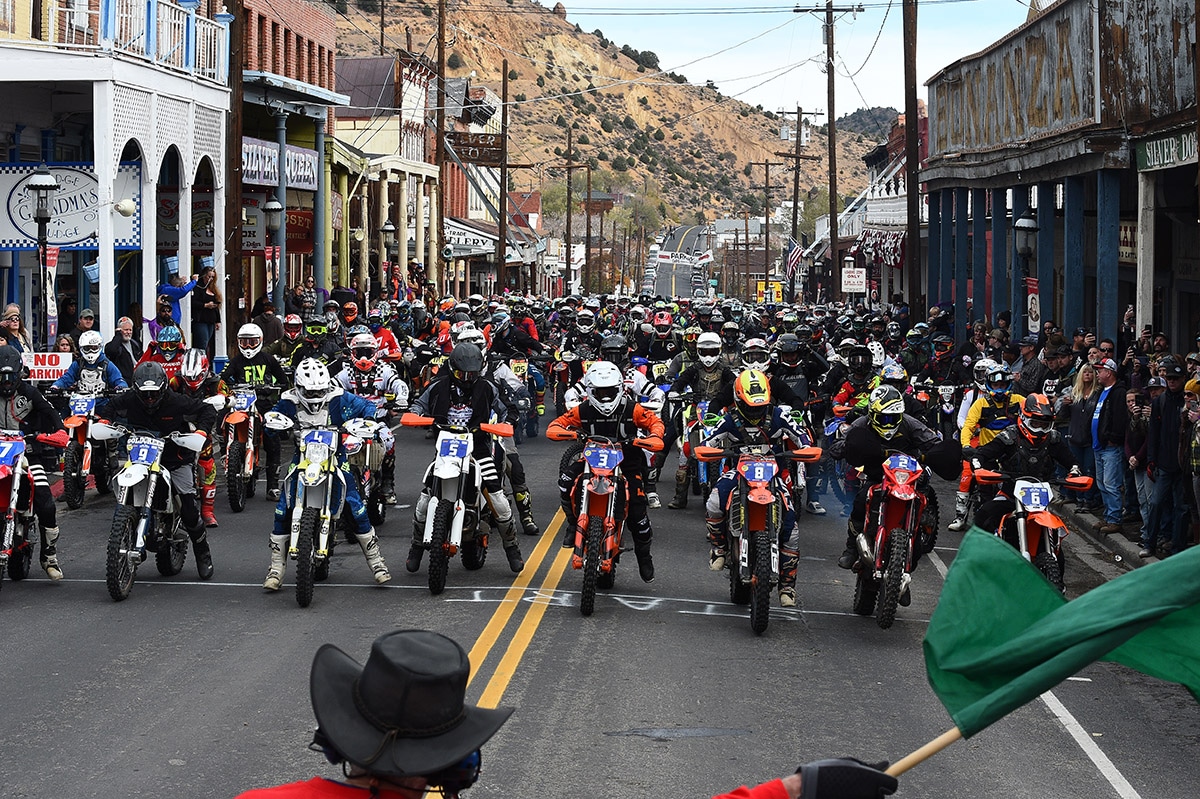 The 50th running of the Virginia City Grand Prix finally came to pass last weekend, even if it was 51 years after the race was founded. The very first time the race took place was in 1971, the same year that the first issue of Dirt Bike Magazine itself was printed. Since then, the grand prix has become an icon of off-road motorcycling. In all that time, the only year there was no Virginia City GP was in 2020, when the planned 50th anniversary was canceled due to the Covid 19 pandemic. For 2022, Mary McGee was the Grand Marshall. Mary was a true pioneer of motorcycle racing, competing since the late ‘50s in everything from road racing to Baja. She was one of the first riders to race the Baja 500 solo, and now lives in Gardnerville, just south of Virginia City.

In the true tradition of the event, the start of Saturday’s four-hour Pro/Sportsman race took place on the historic town’s main street, just outside the Bucket O’ Blood Saloon. Riders lined  up in rows of 10, leaving every 15 seconds. Prior to the start, two “head-start” positions were auctioned off for local charity. This year, Conner Burns got the coveted number 00 with its three-minute advantage and Josh Poggi got number 0, with a one-minute head start. The pros who were lined up on the first row included Patrick Garrahan and JT Baker. Five-time winner Ross Neely was on row three.

As usual, the race had several leaders in the early stages, but soon Irving Powers, Brody Honea and JT Baker established themselves out front.  Honea took over on the second lap and looked to have the race well in hand. On the final lap, however, he tangled with a lapped rider and went down hard. That handed the top position back to JT Baker, who kept it all the way in. Justin Bonita came up to claim second with Nick Stover third. The only other riders to complete  seven full laps were Powers, Darin Rahlves (who won the Vet Pro class) Neely and Willy Heiss.

One of the biggest storms to hit the area in years rolled in Saturday night, drenching the course for day two. That was planned to be an easier, three-hour day for the Novices, Masters, Vintage and Adventure bike classes. The rain made some sections impassible, forcing some last-minute rerouting. In the end only five riders managed to clear five laps:  Andrew Keefe, Colby Atkins, Carson Burns, Zane Wells and Brody Mussano. The toughest men in that race were probably John Golden, who won the Adventure class on his KTM Twin, and Paul Yarborough, who won the vintage class on his Husky. For full results, go to https://www.moto-tally.com/vcgp/results.aspx 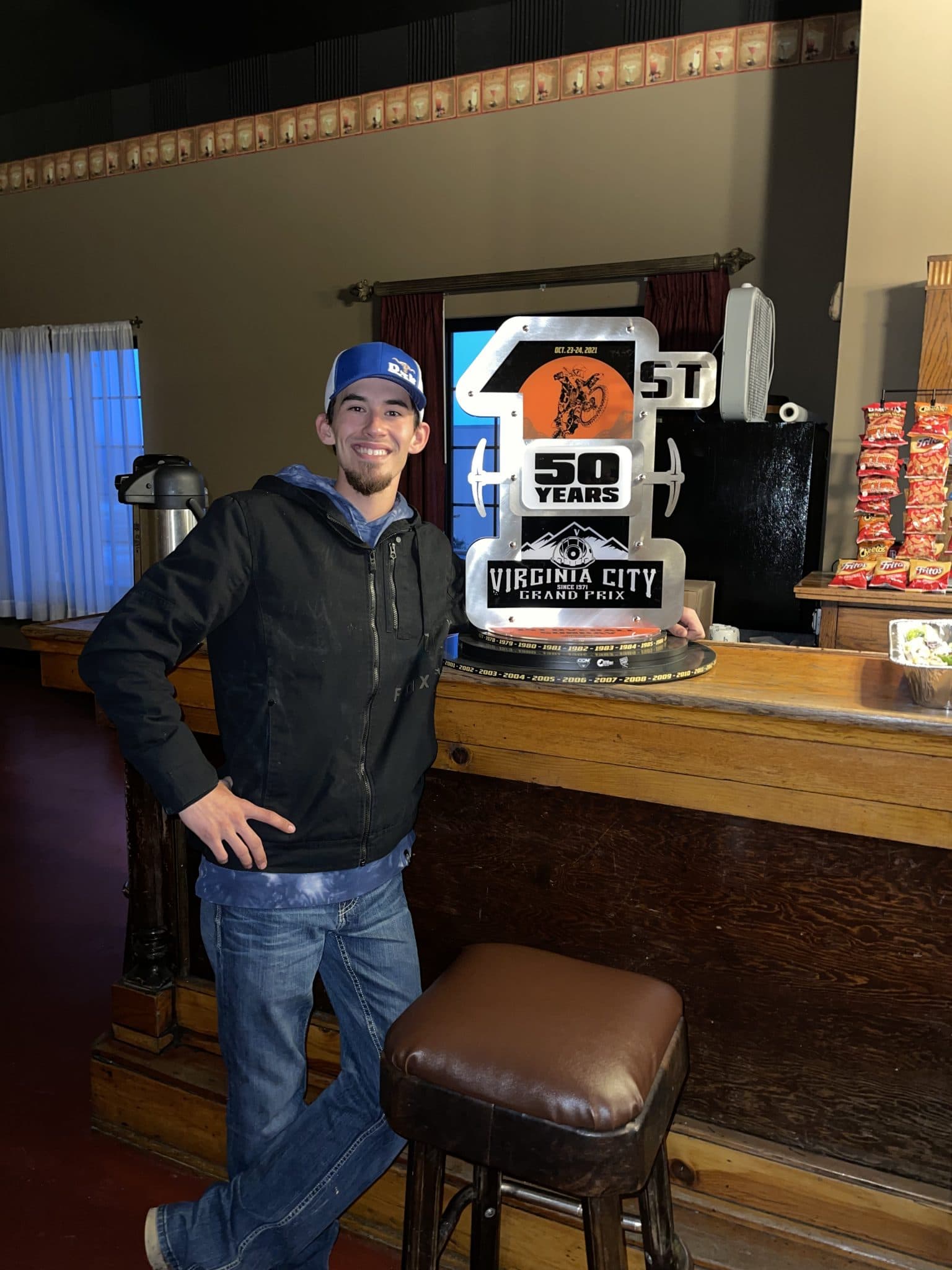 Andrew Keefe was the overall winner in Sundays race. He is all smiles next to a very cool first place trophy. Thank you Arianna for sending us this image.