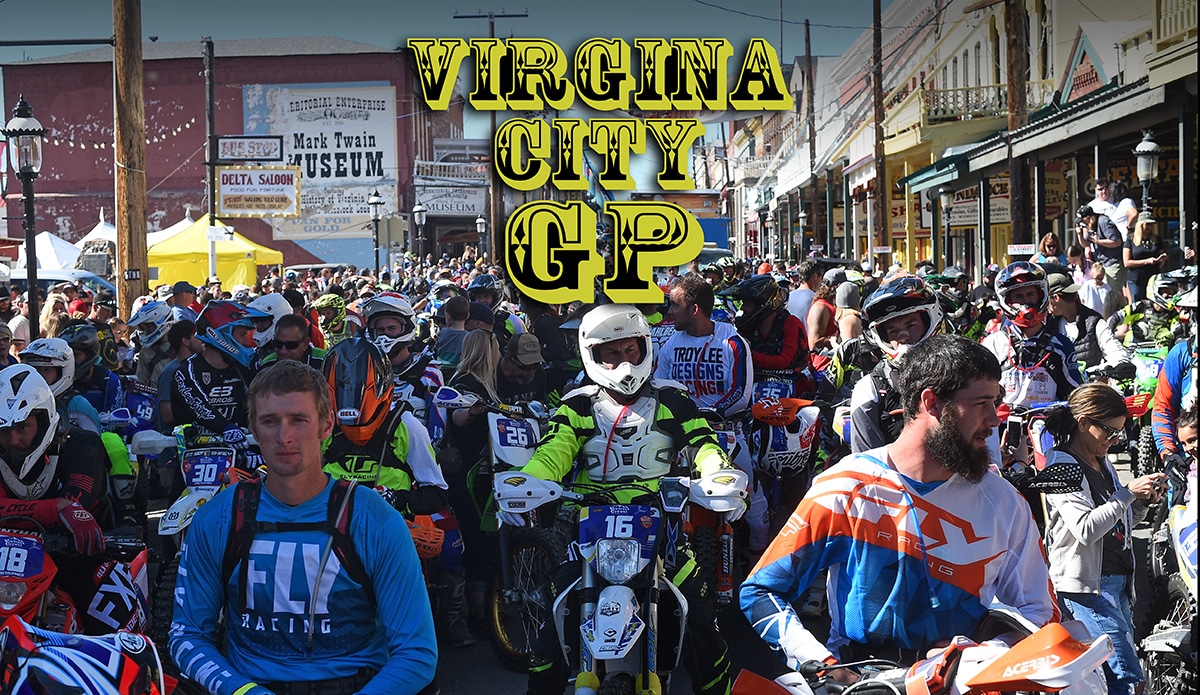 The Virginia City GP might be on only race in the country to take place in a National Historic Landmark. The city of Virginia City was founded in 1859 after the Comstock Lode was discovered and soon grew to over 25,000 inhabitants. Now, it has less than 1000 full time residents, but once a year it grows significantly as riders pour in from all over the northwest for the GP, which has been held since 1971. This year, a $7000 purse attracted a number of riders who were new to the race. But Virginia City isn’t like most other off-road races. It’s rocky and dusty, and knowing what to expect is key. The riders start on the main street in rows of 10, and a good start position is so highly coveted that two early start numbers are auctioned off each year to raise money for local charities.

This year Zane Roberts got the best start from row one and lead the early stages of the race. His Beta Teammate Ty Tremaine, who won the pro class in 2017, took over on the first lap and actually pulled a small lead. At the beginning of the  second lap, it was Tremaine, Roberts, Ross Neely, Dante Oliveira, Dalton Shirey,  Austin Walton, Kyle Tichenor, Austin Serpa, Blayne Thompson and Matt Veerkamp.  In subsequent laps, it actually tightened up as riders with poor starting positions moved to the front.

On lap three, Tremaine tangled with a lapped rider and went down. A broken clutch perch prevented him from getting back into the race, and from there on out, it was Dante Oliveira in front. Throughout the race, Zane Roberts was a fairly close second, with past winner Neely in third and Walton fourth. Thompson, who started in the second to last row of the pro class, eventually caught up to fifth. At the finish, it was Oliveira with a two-minute lead over Roberts.

The winner of the Vet Pros was promised $1000 of the purse, and it was Matt Veerkamp who collected the cash. Willy Heiss, Daron Rahlves and Dirt Bike Managing  Editor Mark Tilley followed.

Sunday’s race was an hour shorter and the course was shortened to 10 miles for the Beginners, Hooligans, Vintage bikes and Adventure bikes.  For more results from the 2019 Virginia City GP, click here.