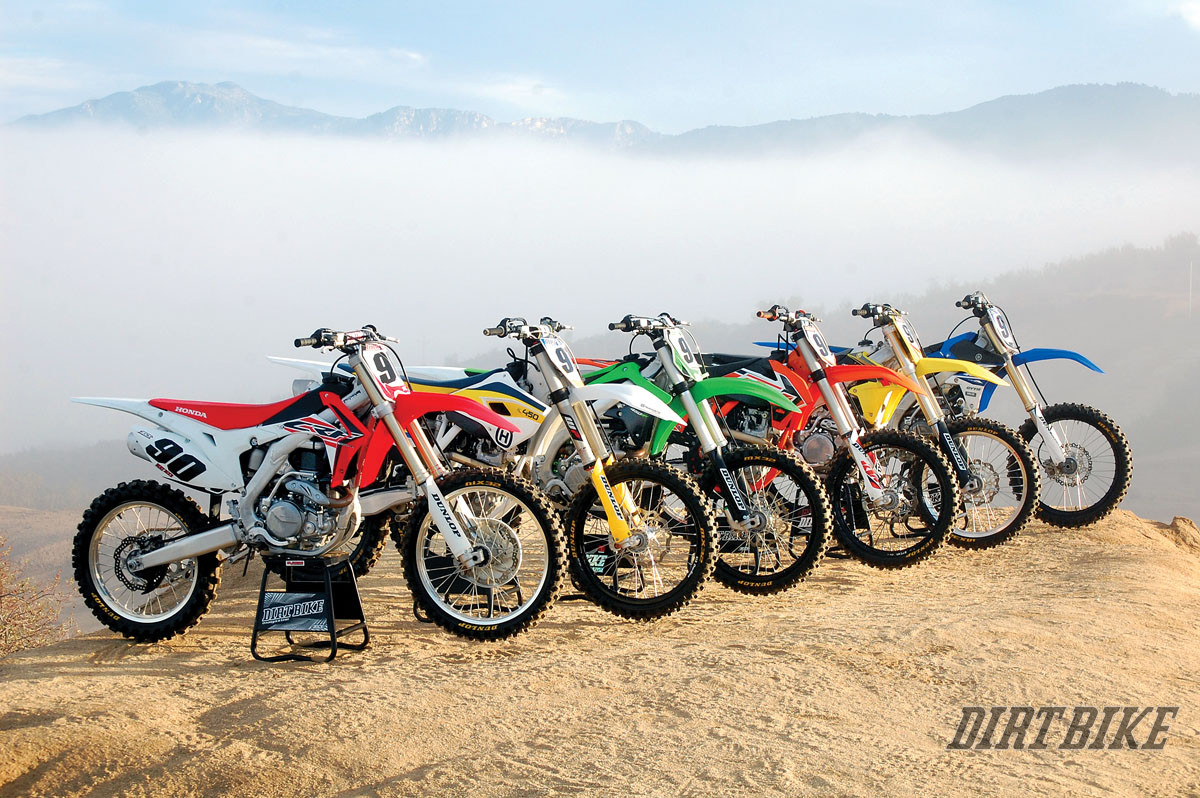 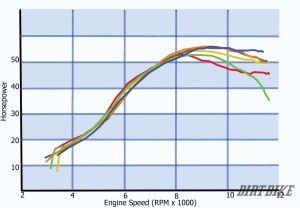 In our recent 450 MX Shootout, we compared the six most powerful motocross bikes on the track and on FMF’s Dynojet dynamometer. The horsepower figures are impressive, showing that each bike has a strong point somewhere in the curve. The Honda CRF450R, for example, is the king at 6000 rpm but has the lowest peak output. The Yamaha YZ450F has the most peak power by a tiny fraction over the KTM 450SX-F. It’s interesting to note that while the KTM and Husqvarna FC450 share the same motor, their dyno figures are not identical. They are close, as can be seen by comparing the orange (KTM) and black (Husky) lines, which are almost on top of one another. But differences in the Husky’s intake tract make for differences in peak power. The other motorcycles are also represented by their respective colors; Honda, red; Kawasaki, green; Suzuki, yellow and Yamaha, blue. To read the full story, check out the January issue of Dirt Bike Magazine