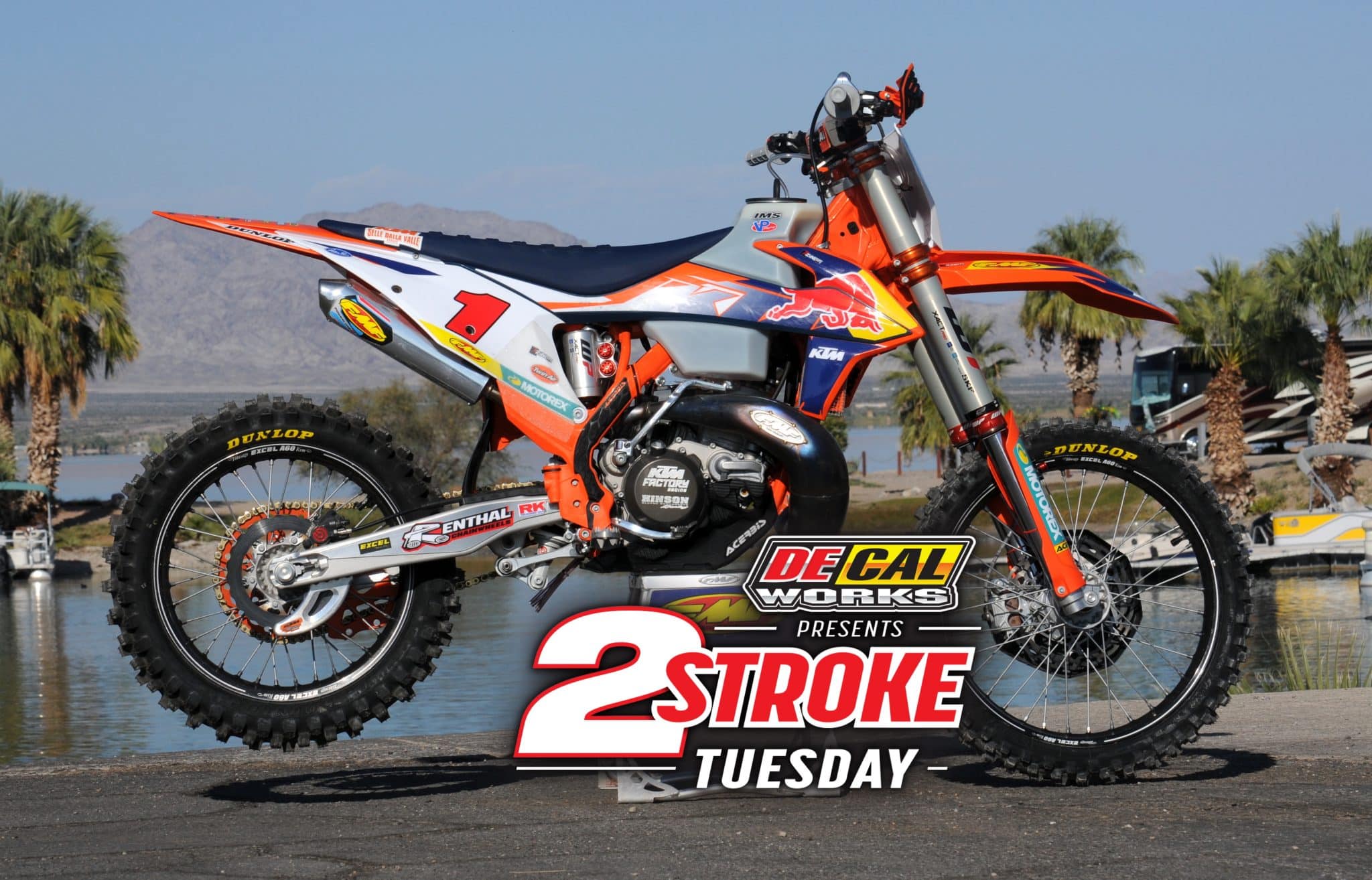 Can a 300cc two-stroke compete with 450cc four-strokes in off-road racing at the factory level? Dante Oliveira proved that not only can they compete but they can win! Oliveira took the KTM 300SX originally raced by Ivan Ramirez at this years Red Bull Straight Rhythm out to the final round of NGPC series held in Lake Havasu City Arizona and won the stacked open pro class. On this week’s 2-Stroke Tuesday we give you a closer look a this KTM 300SX built by factory KTM off-road team mechanic Bobby Dawson. Don’t miss the race recap video at the bottom this post for a chance to see this machine in action. 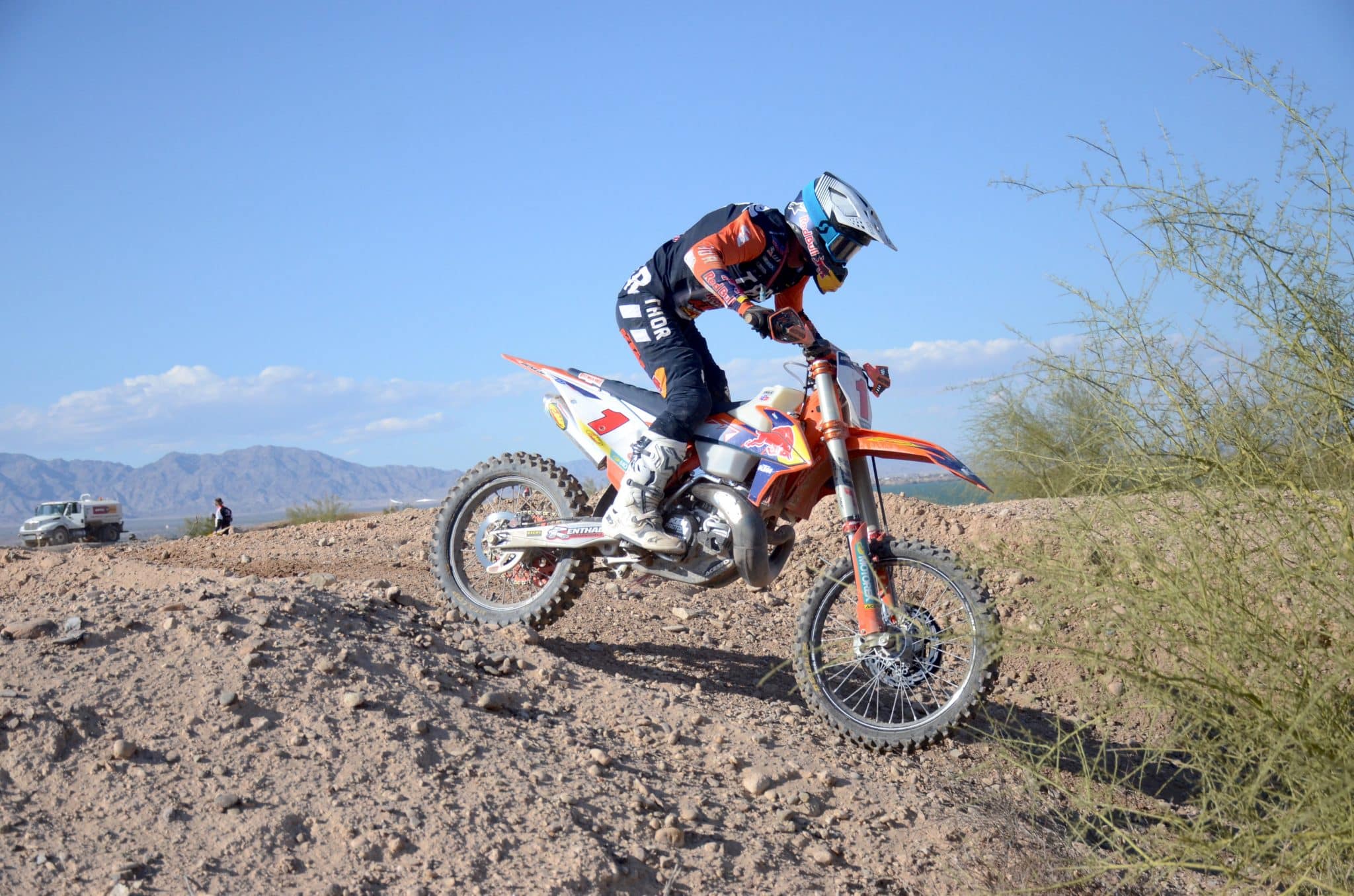 Dante Oliveira on his way to the overall win aboard his 300cc two-stroke. 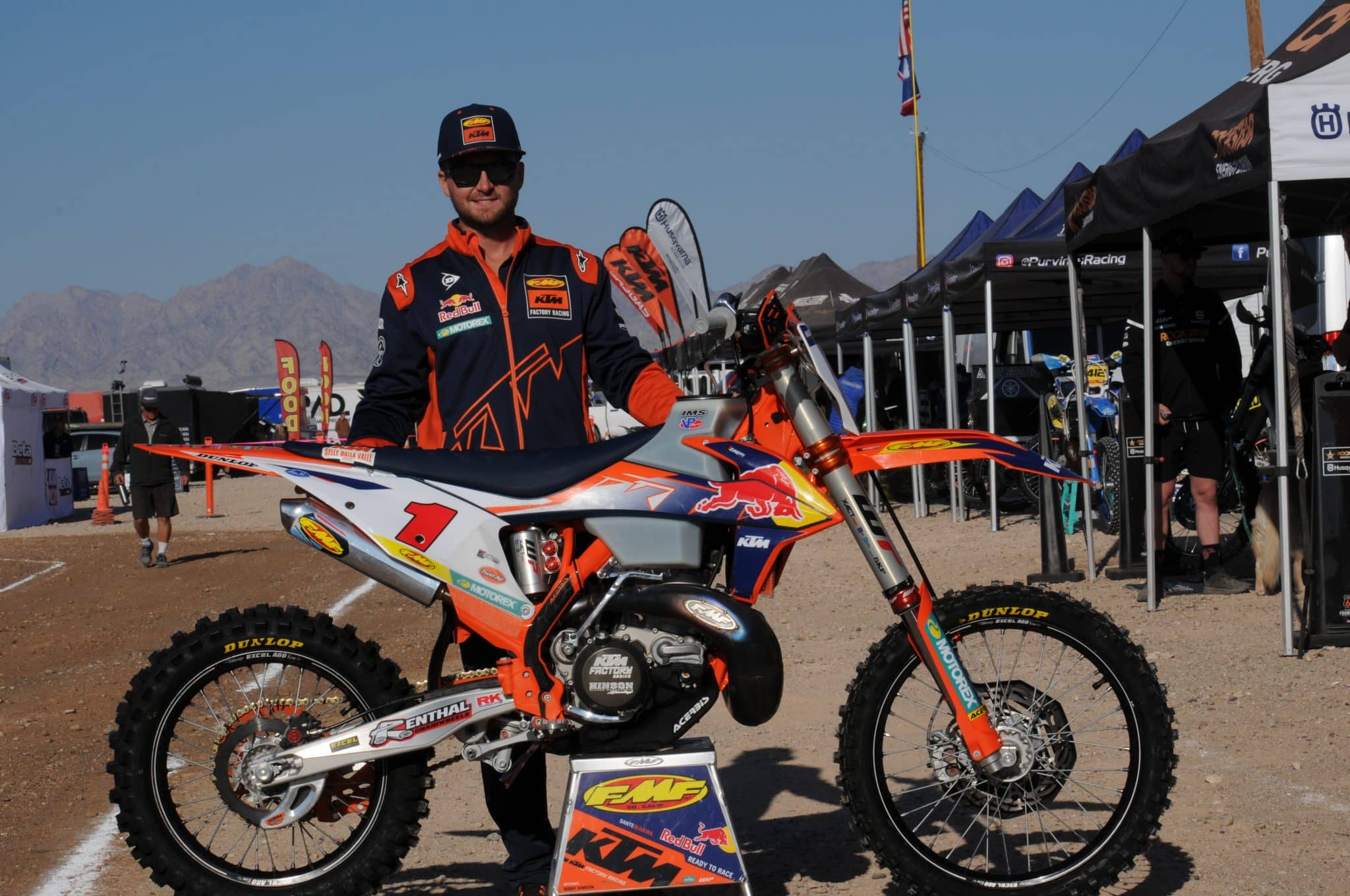 Factory mechanic Bobby Dawson was in charge of spinning the wrenches on Oliveira’s race machines this year. 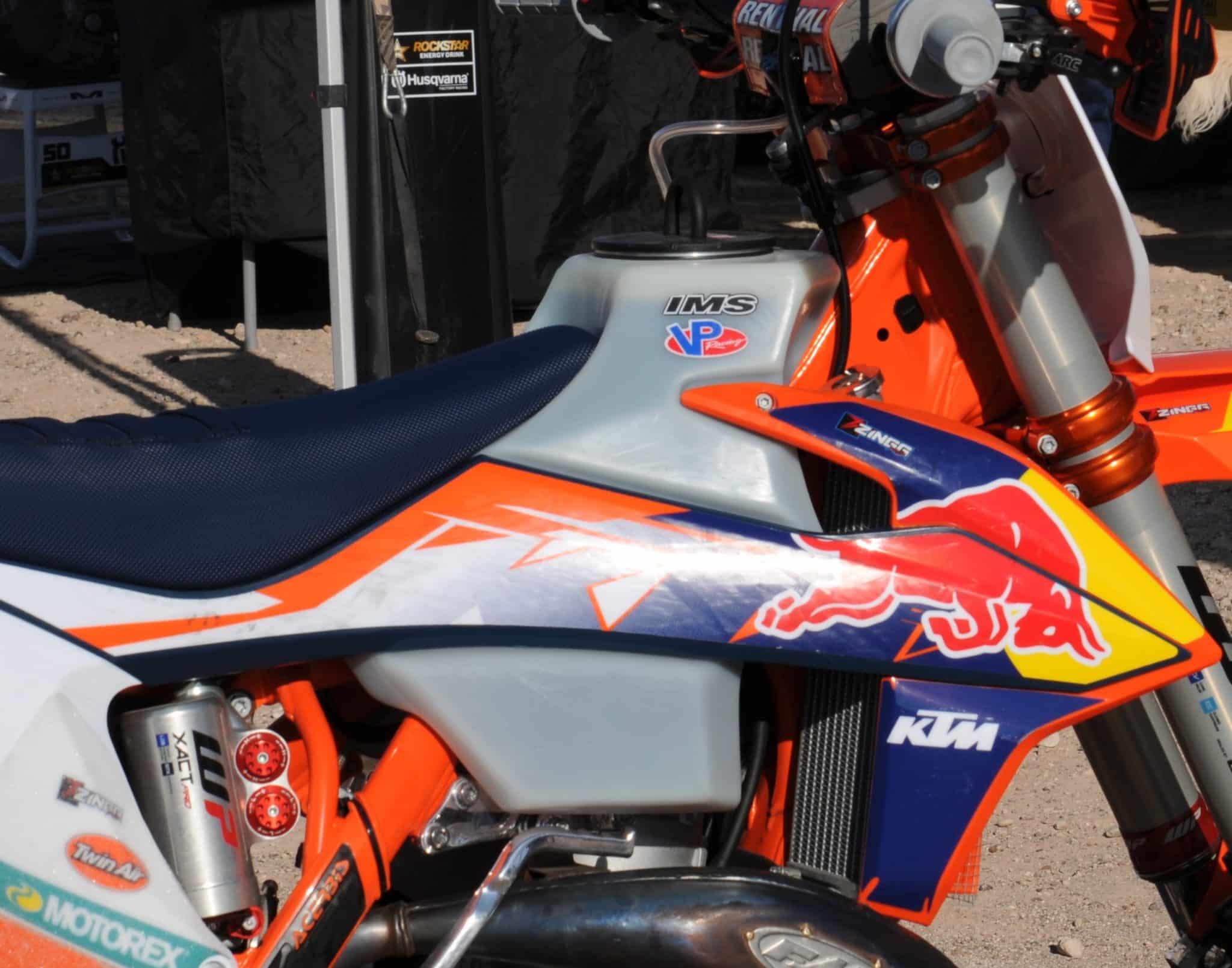 The oversized IMS tank is a staple item on KTM’s off-road race bikes. 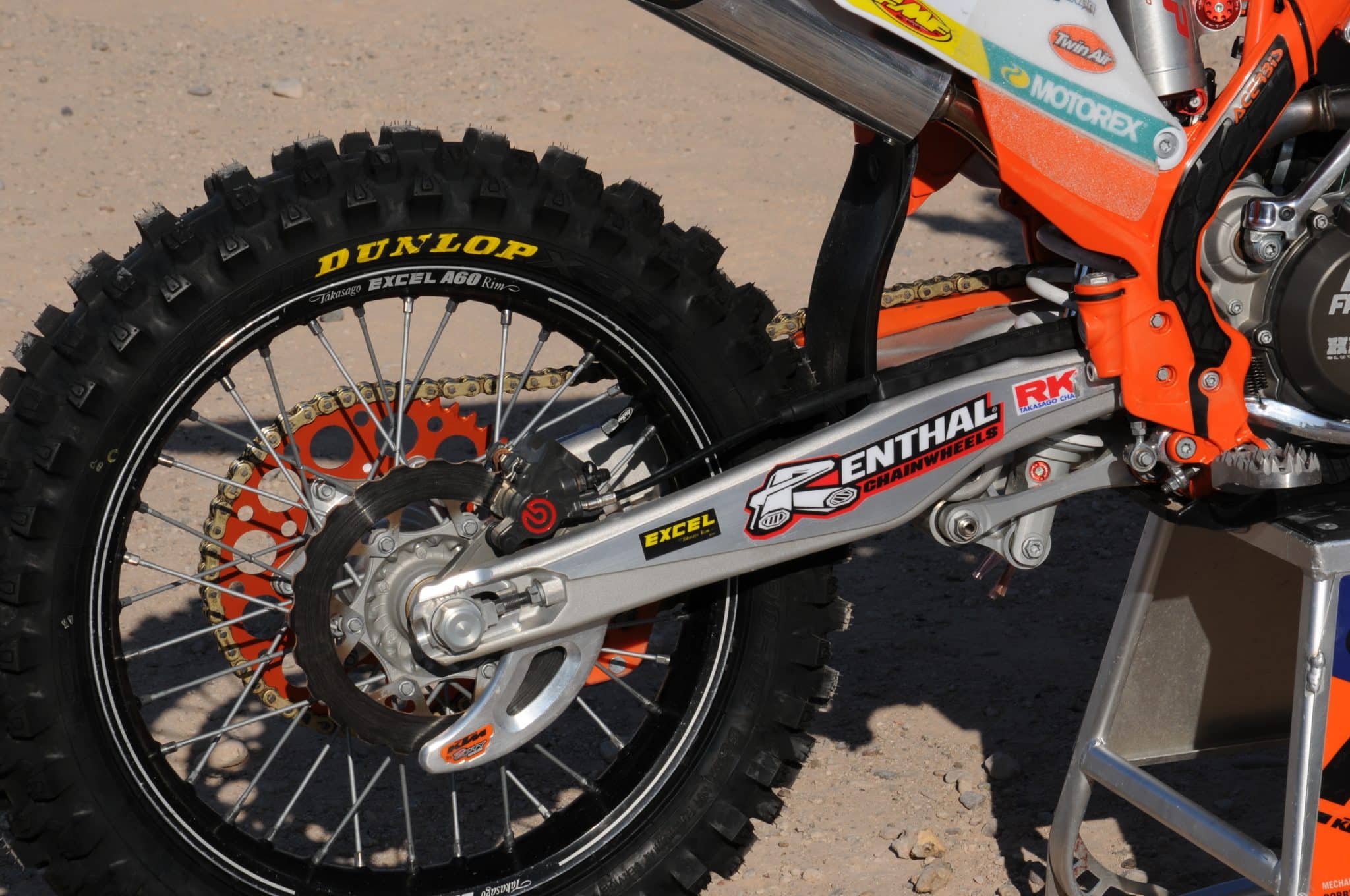 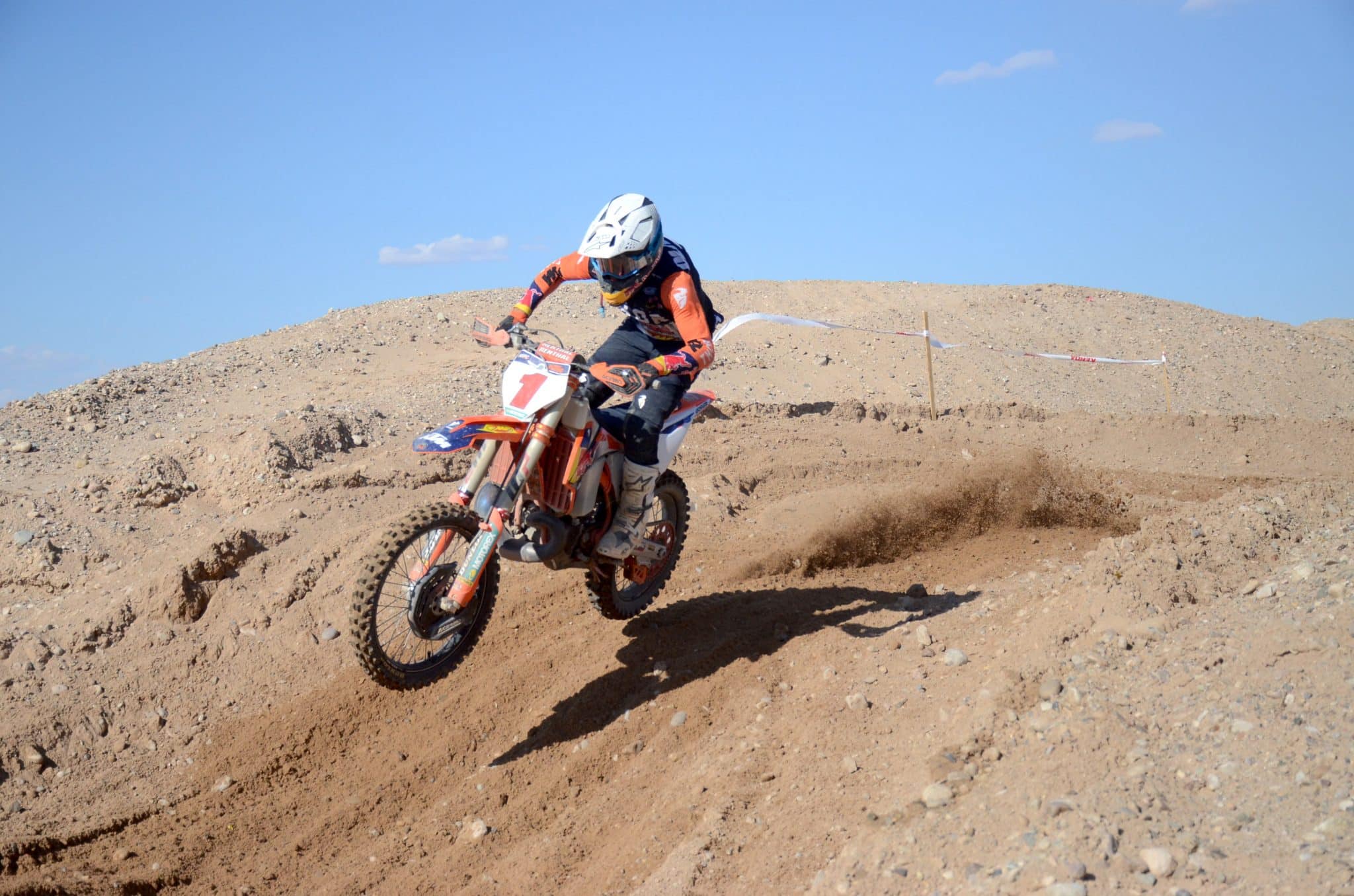 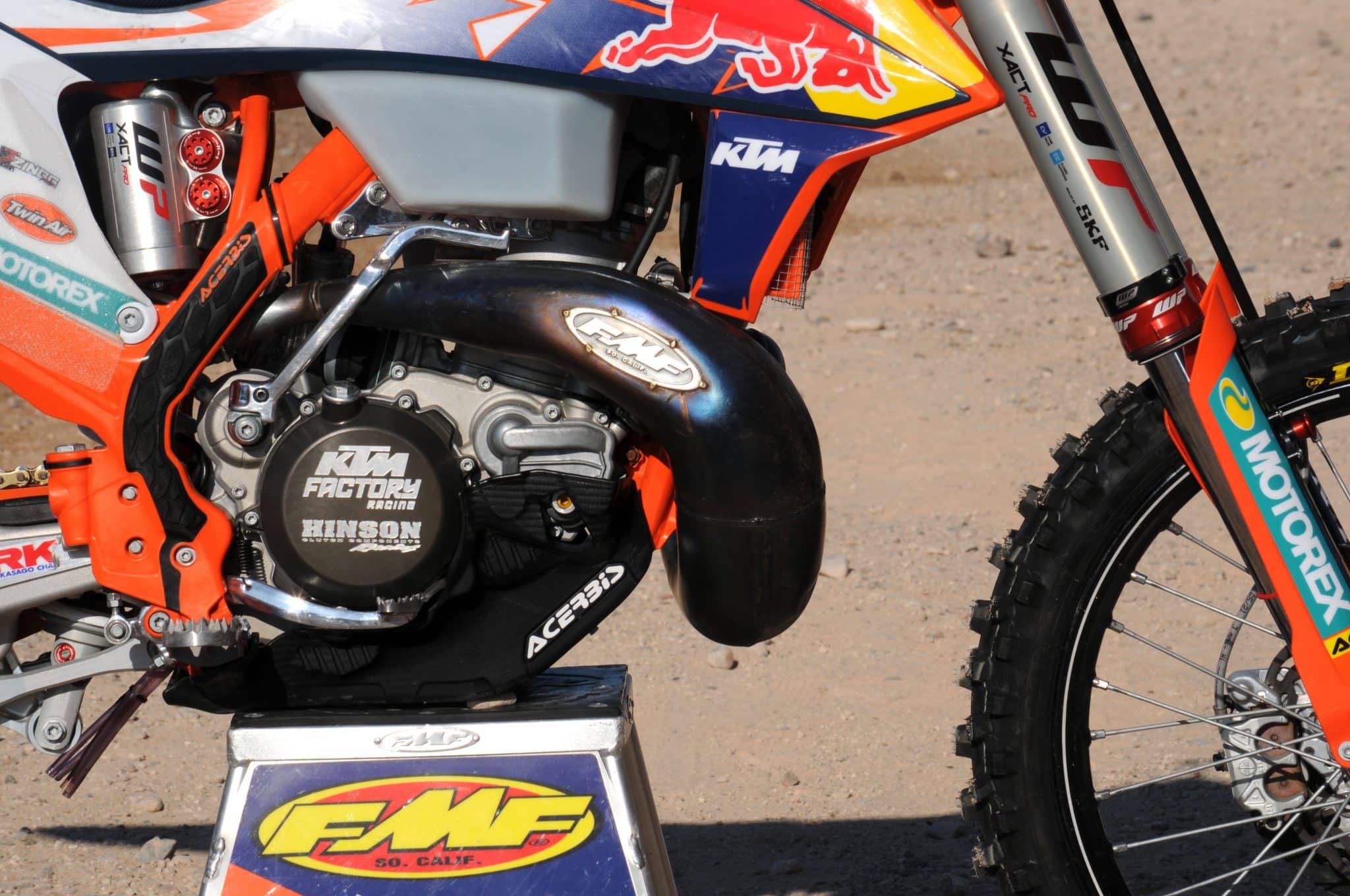 The engine was built completely in house by the factory services department that builds all the teams race engines. 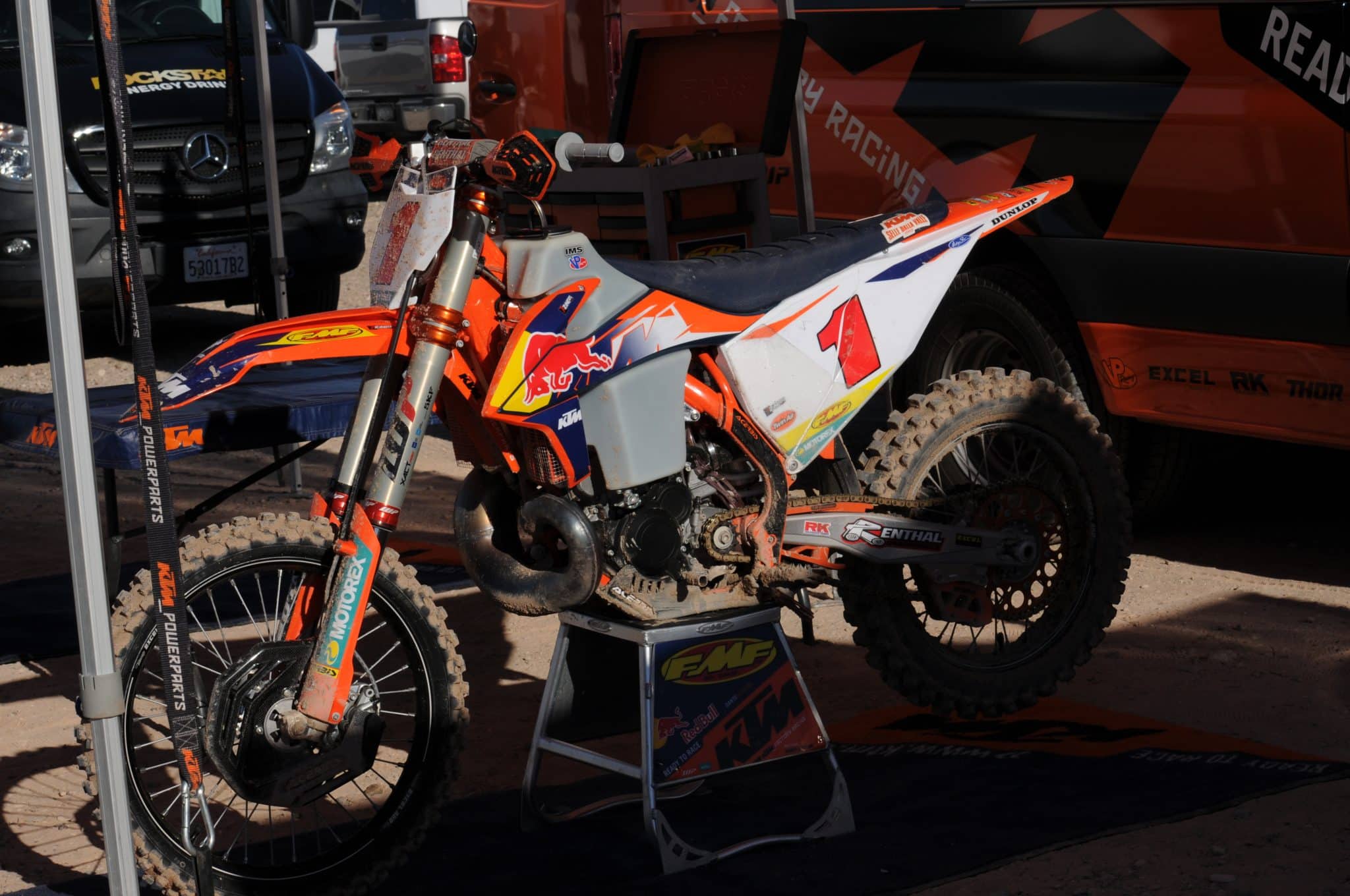 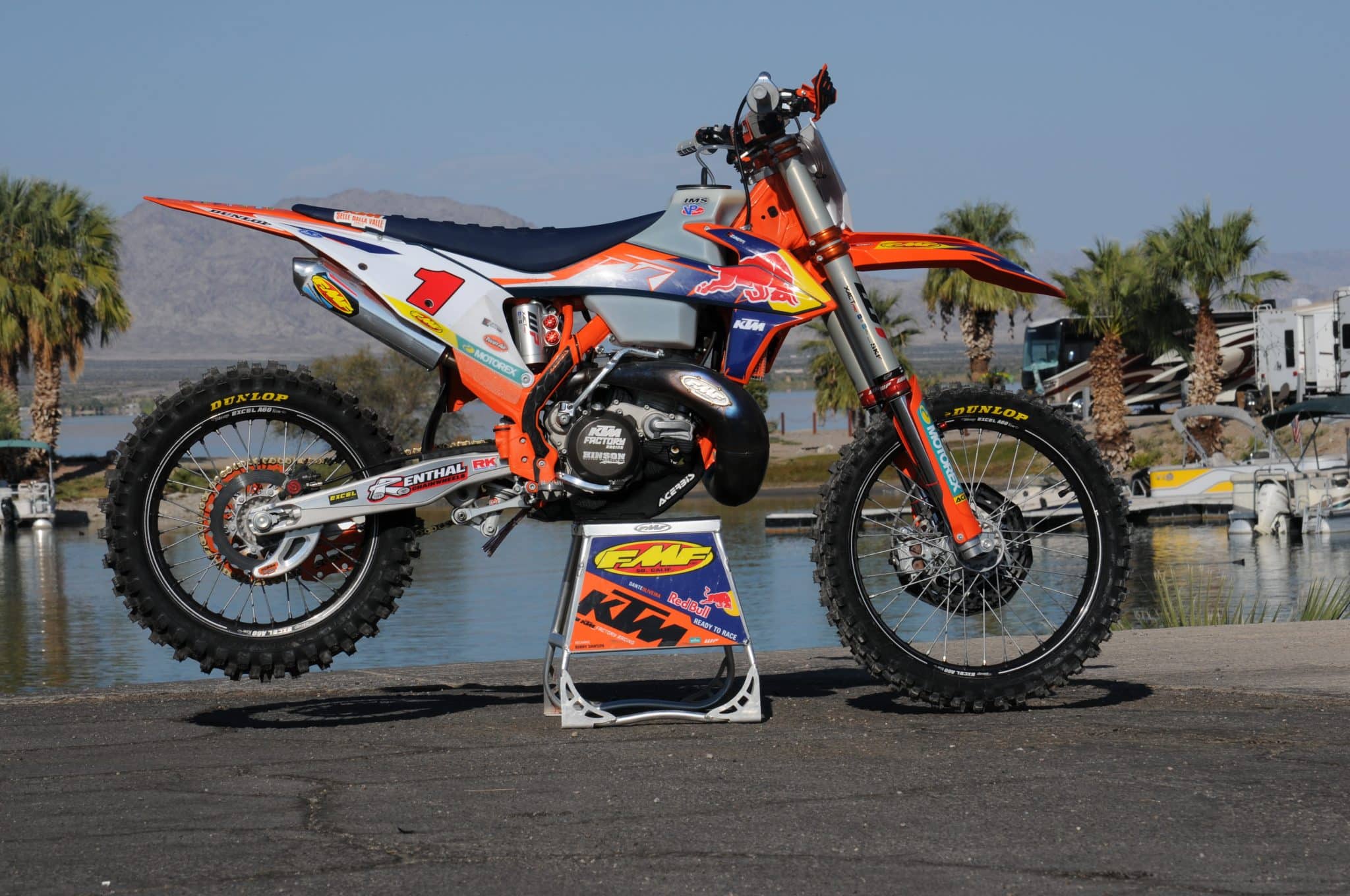 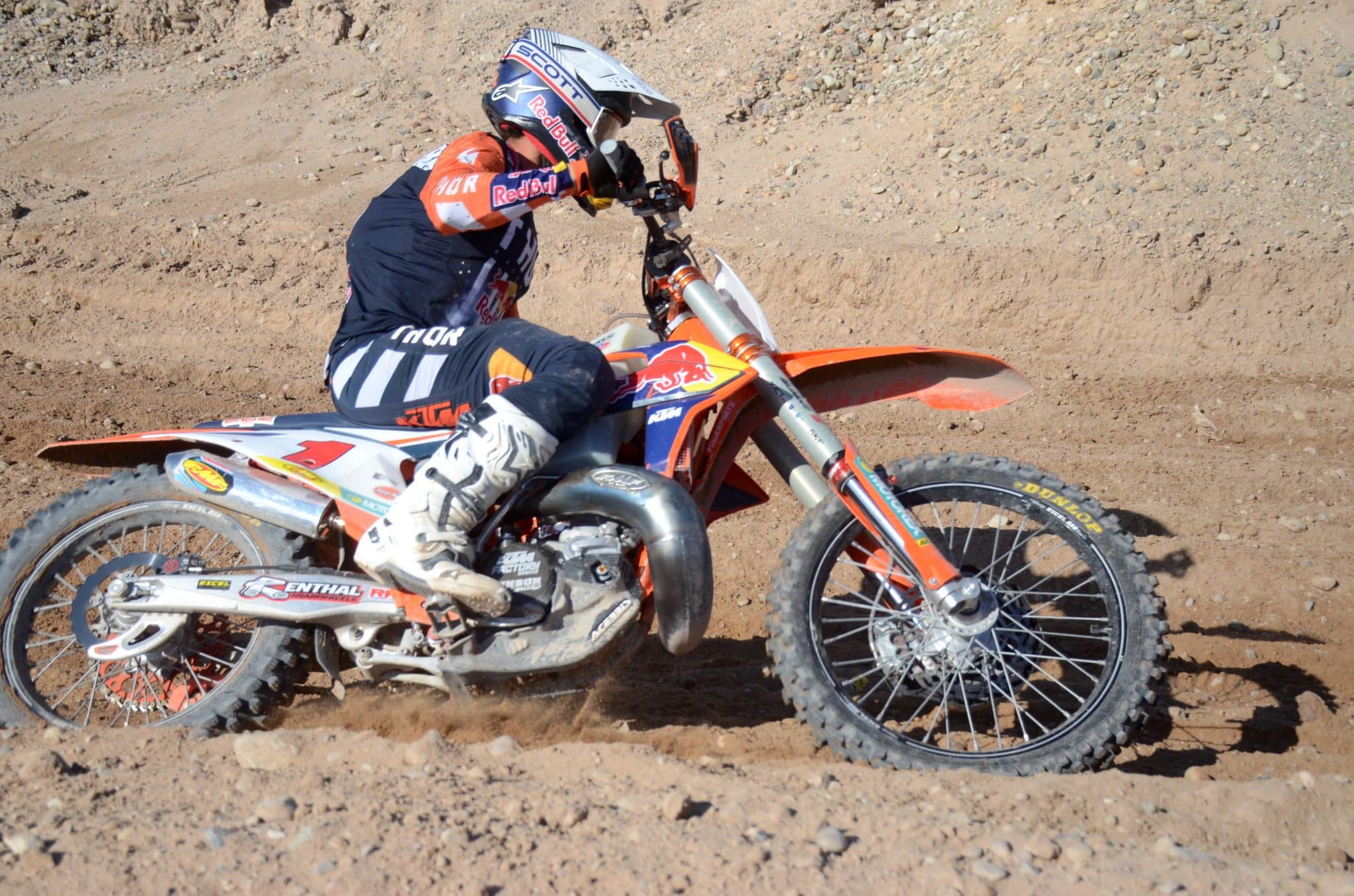 The final round of the biggest West coast off-road series, the AMA National Grand Prix Championship series was held in Lake Havasu, Arizona by the Vikings MC. Dirt Bike’s own Nic Garvin recaps Sunday’s grueling 1.5 hour Pro race in the deep sand with amazing footage from REVd Productions. Nic Garvin interviews the top riders from the 3 pro classes giving insight into the race.