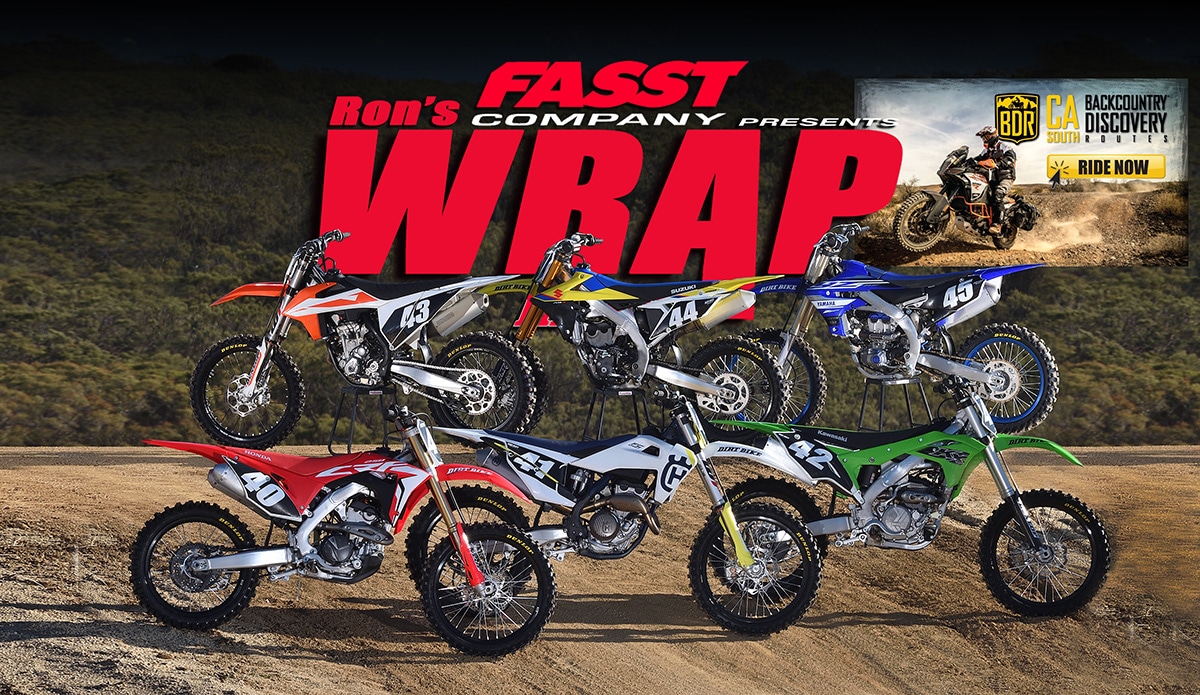 We rode the bikes at Glen Helen, Milestone, Cahuilla Creek and finally Perris Raceway, where Travis Fant shot the video. Look for that to appear next week, or click here to see all of the ’19s Video Series.

The Honda was probably late because Honda didn’t expect to make any changes for 2019. It was all-new in 2018. That plan went out the window after the first test came back. Everyone loved the way it handled, but it had poor low-end power. Really poor. Honda made some last-minute changes to fix that. In the end, it gained about one horsepower throughout the power curve. It needed more, but everyone still loves the handling.

The Husqvarna FC250 got a stiffer frame and new bodywork, along with a new DDS clutch for 2019. It was already a great motorcycle. It’s incredibly fast and very light. Unfortunately, it lives in the shadow of the KTM 250SX-F.  They share the same motor, frame and suspension. Only the bodywork, the subframe, the airbox and a handful of components are different. In the end, the Husky is still fast and light, but it might be even more pro oriented than before. It is the most expensive bike in the shootout at $8299.

Kawasaki made no mechanical changes to the KX250 this year. The R&D team obviously was busy on the new 450. But Kawasaki’s role in the 250 class has changed. Everyone else has followed KTM’s lead in making more revs and more top-end power. The Kawasaki is now the torque king of the 250 class. It is by far the easiest bike to ride and the best suited for a novice, even if it’s not the fastest. It starts off as the least expensive, and current incentives put the base price under $7000. 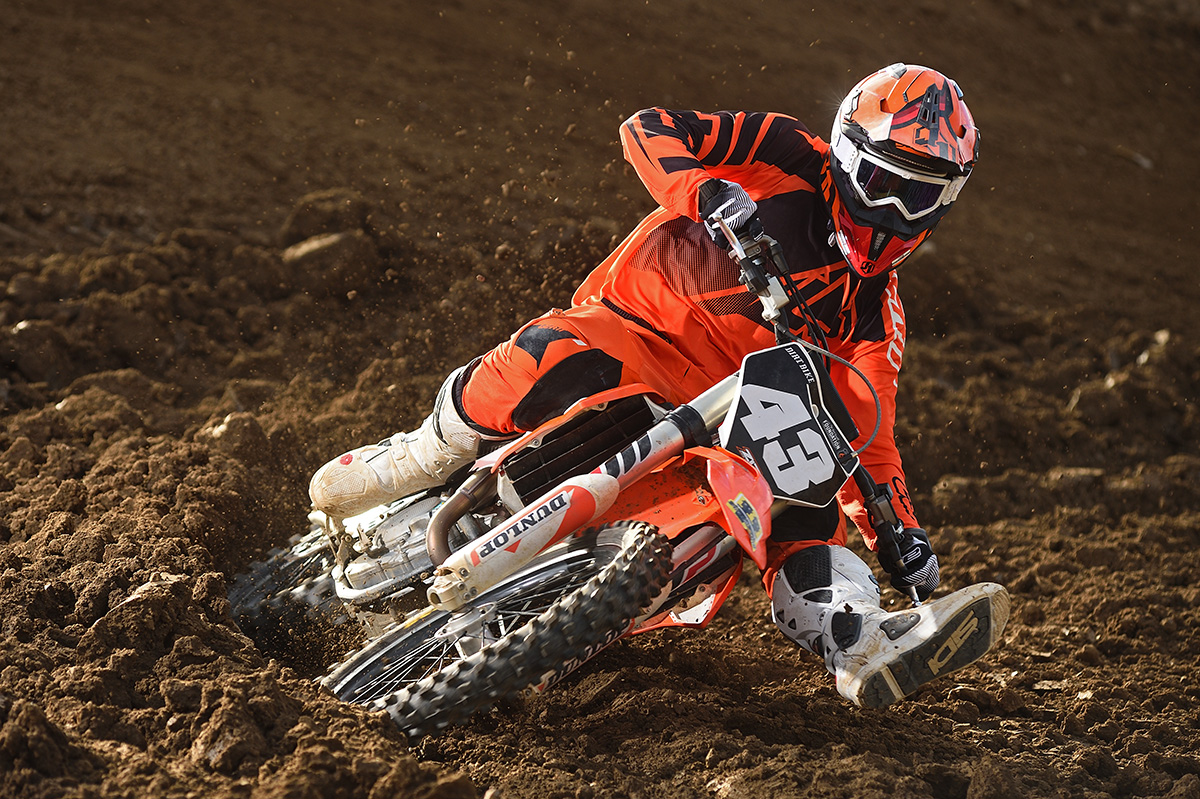 KTM has been in the driver’s seat for some time in the 250 class. It’s fast. On top, it has a final kick that no other bike can match. Bottom end power isn’t bad, either. It has a hydraulic clutch and a bunch of nice components. Increasingly, though, the 250 class has advanced to the point where horsepower isn’t always the final word. The KTM is a little hard and harsh this year.

We had high hopes for the 2019 Suzuki RM-Z250. It’s a distinct improvement over the 2018 version, and the power strikes a nice balance between the torque of the Kawasaki and the peak of the KTM. In the end, though, we’re a bit disappointed.  The suspension is unforgivably stiff and the overall handling isn’t what it once was.

Yamaha’s complete remake of the YZ250F made it a pre-shootout favorite this year. It has much more top-end power than the previous version without losing that much torque down low. It gained electric start and even though it gained 5 pounds as a result, we hardly noticed.  The smartphone-based Power Tuner App is a legitimate step forward. The only complaint was its cramped rider compartment. The final standings will be announced in the video next week. 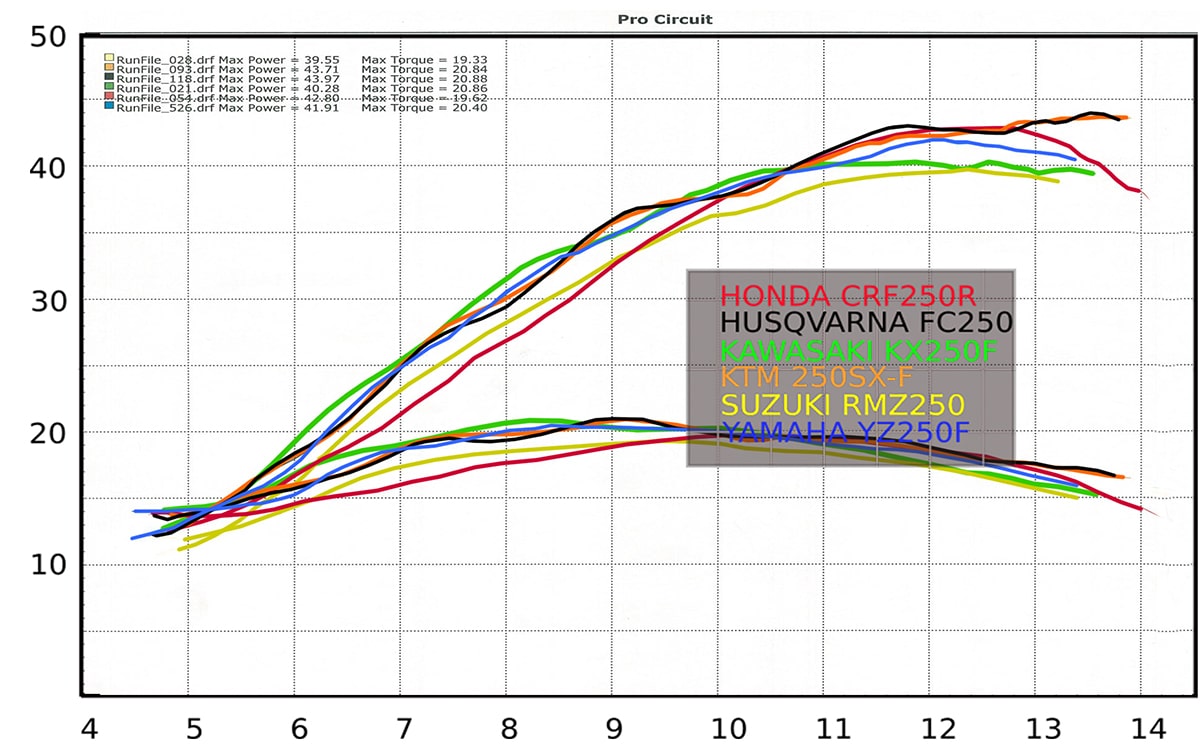 The Pro Circuit dyno reflected the findings of our test riders fairly closely, although most said the Suzuki was stronger. As always, dyno numbers don’t show how well a motor performs at partial throttle openings. They do show which bikes are the strongest on top, and those are, once again, the KTM and Husky.

RideBDR.com just dropped track logs for the long-awaited Southern California route. This is the ninth route developed by the BDR organization for dual-sport and adventure motorcycle travel.

It’s a 820-mile ride across the south-eastern region of California. Rugged two-track and remote dirt roads lead riders through canyons, rocky riverbeds, and sandy washes of California’s famous deserts and national preserves, including the Mojave Preserve. This is the first Wintertime BDR.

The Butler Motorcycle Map and other key route resources are still in development and will be made available in January.  They decided to release the tracks early, so that some of you could start planning and/or riding the route over the Holidays. The BDR guys ask that you use these tracks  with caution. The Backcountry Discovery Routes (BDR), Butler Motorcycle Maps (BM) and participating partners DISCLAIM LIABILITY FOR INCIDENTAL OR CONSEQUENTIAL DAMAGES and assume no responsibility or liability for any loss or damage suffered by any person as a result of the use, misuse or reliance of any of the information or content on this track.

Honda just released Season 2, Episode 4 of the REDefined video series. This one hits home for us, because we’re big fans of Mark Samuels, Justin Jones, Justin Morgan and their Baja program.

A NEW HOME FOR SUPERCROSS 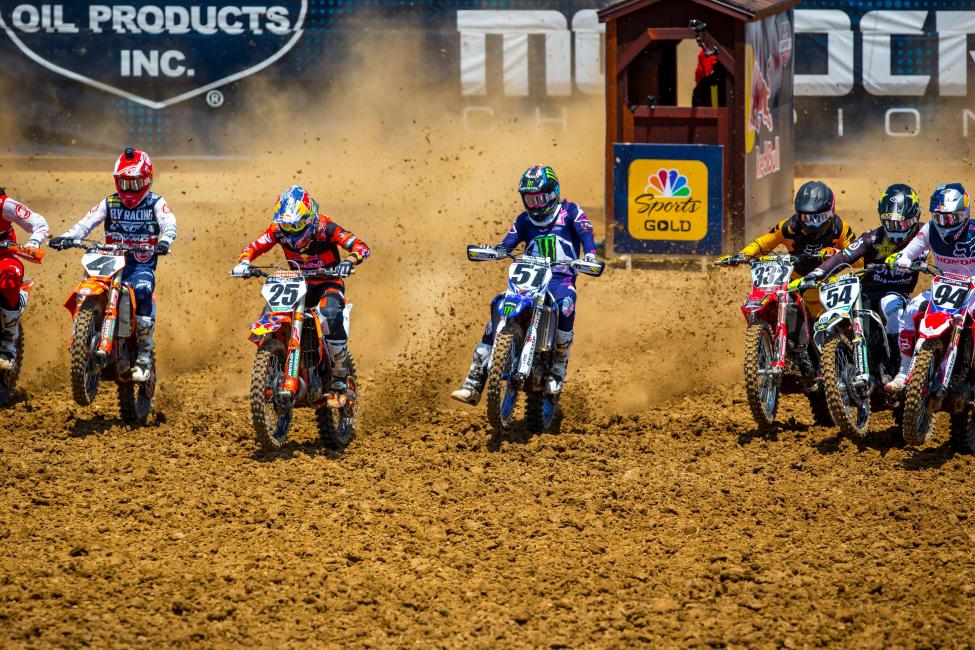 If you’re looking forward to a new season of watching Supercross on TV, be aware that it will be in a different place. NBC Sports will host  the 2019 season, mostly with live broadcasts.  Four of the 17 Supercross events will have delayed broadcast times on the network, but you can still see them live if you pay. With the “Supercross Pass” for the 2019 season, you receive access to all 17 rounds of Supercross at $74.99, including qualifying and practice. NBC Sports also has the rights to the Lucas Oil Pro Motocross outdoor season, so NBC Sports Gold has also introduced a limited-time offer to obtain the “Supercross & Motocross Package,” which will combine all 29 races across both series for $89.99.

FOR A LIMITED TIME ONLY!

Get the awesome MX-10 and save $300 off the current suggested retail price, see your nearest dealer  for more info 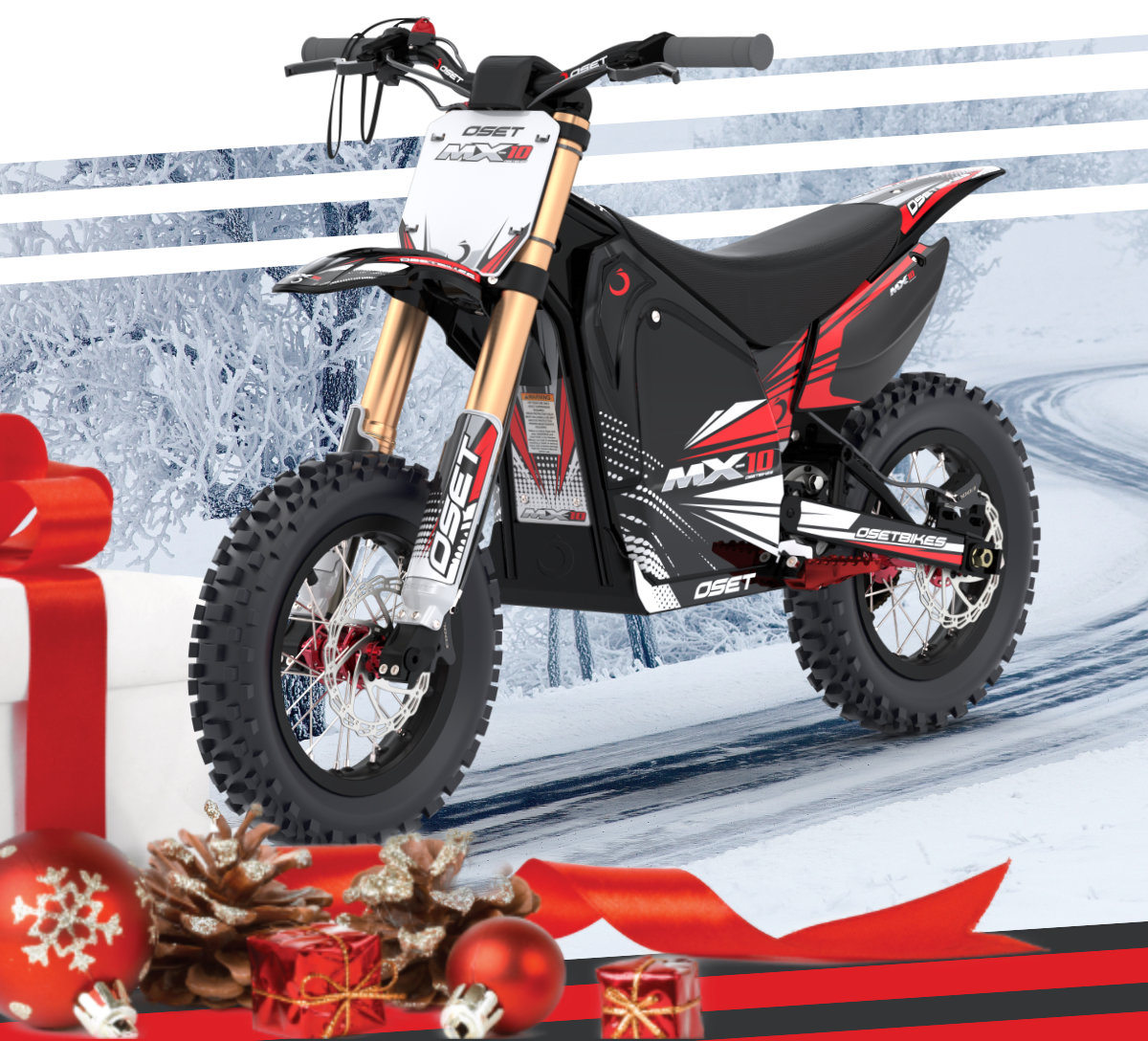 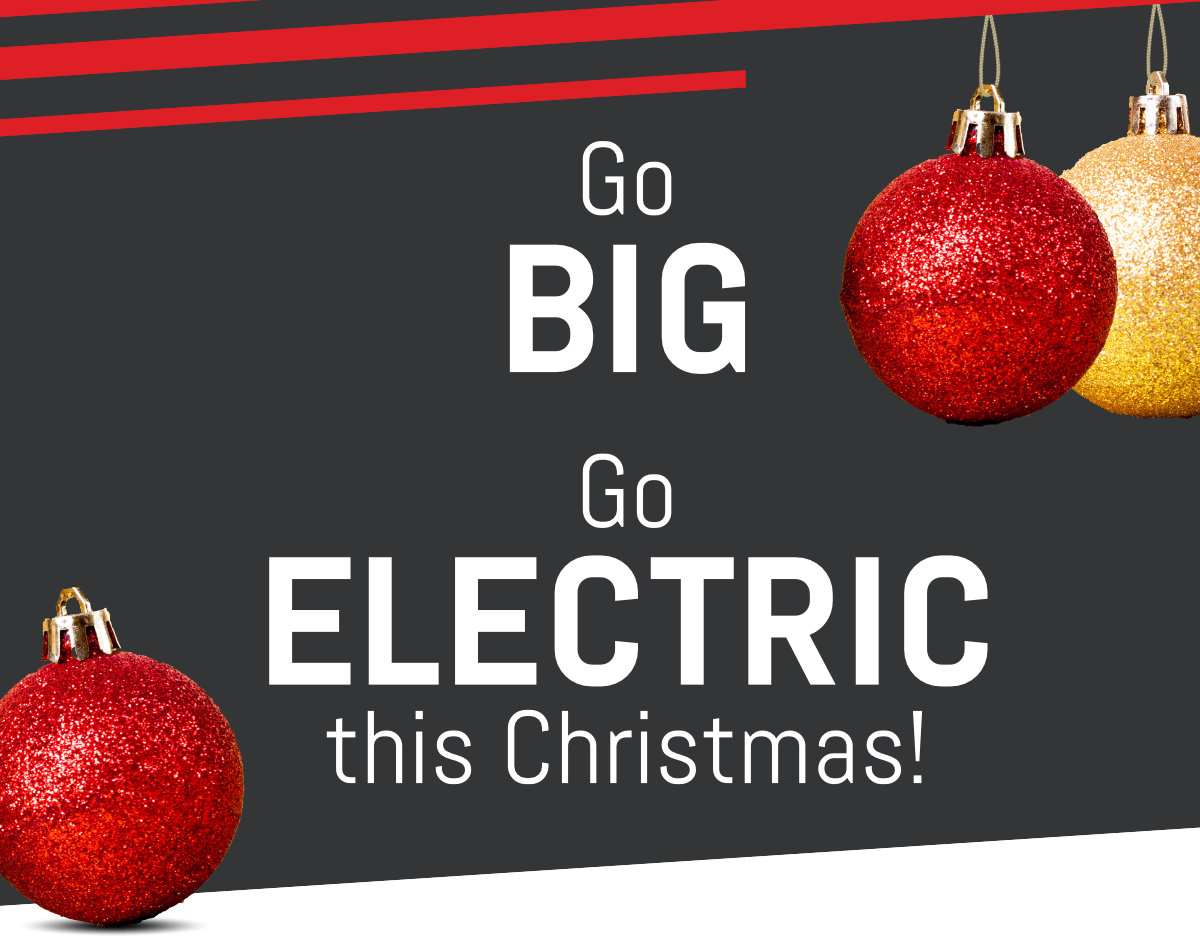 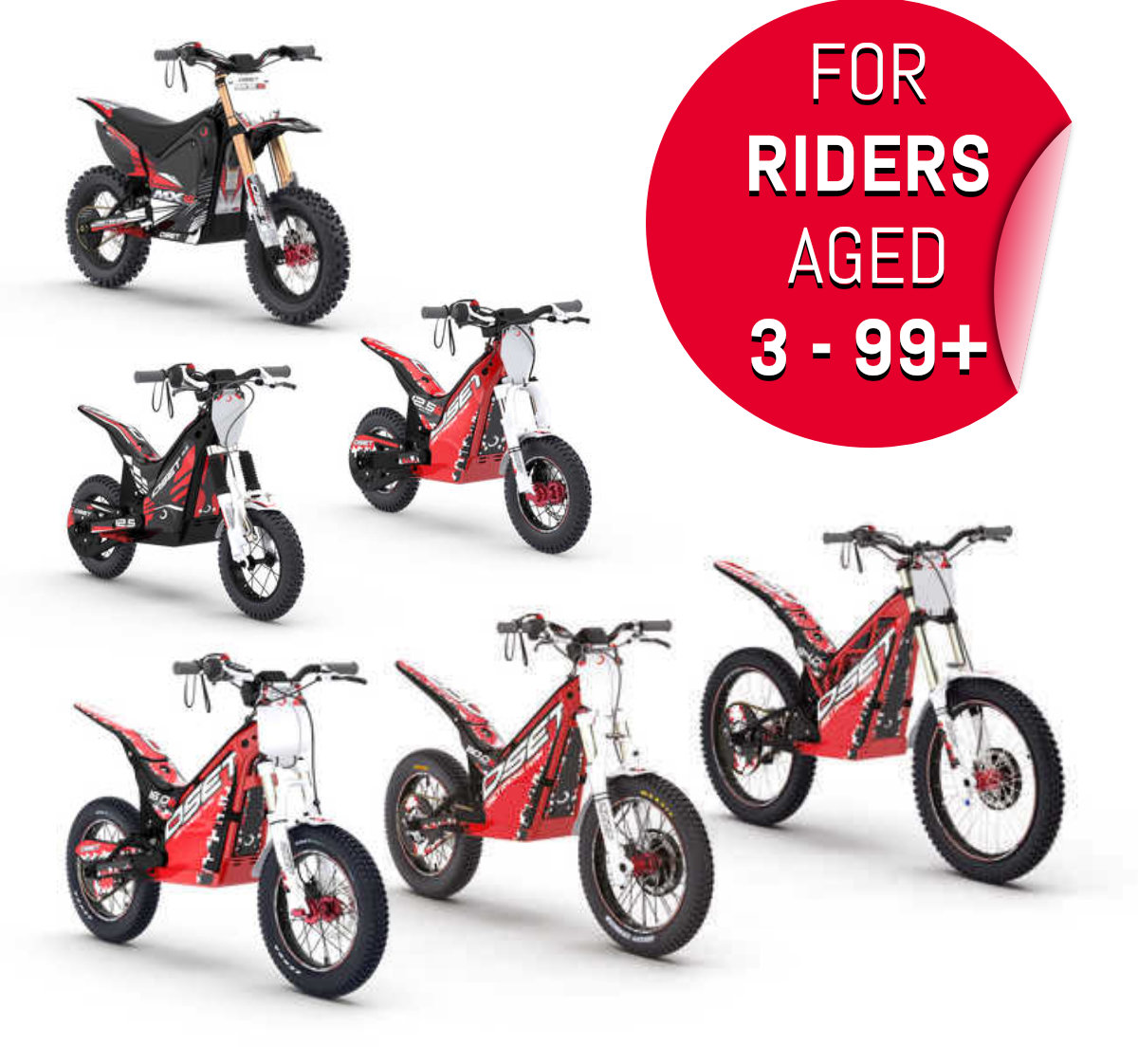 OSET is the world leader in the design and manufacture of electric dirt, trials and motocross motorcycles – catering to riders from 3-18, and beyond! OSETs are proven in competitions, taking multiple national level victories against petrol powered machines. 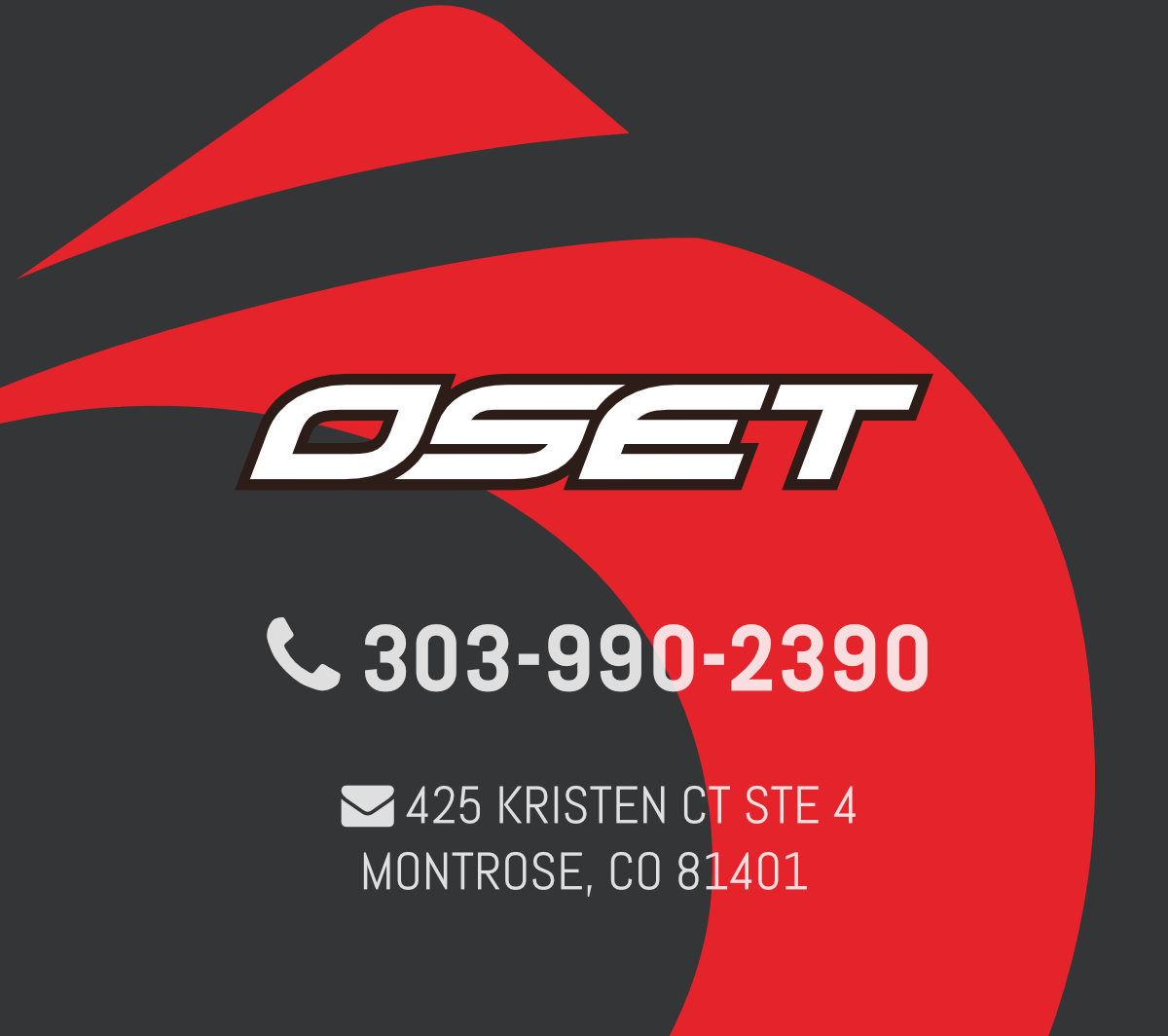 That’s all this week!