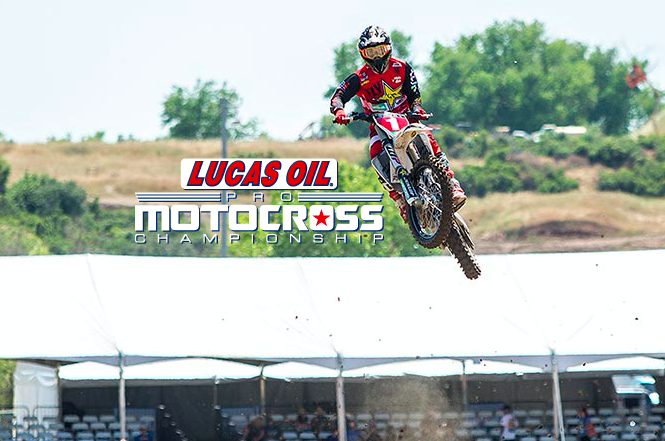 A two-time champion attempting to reclaim the crown he hasn’t won since 2015.  A rider who has won every 250 title he could over the last year and a half. And a whole score of up-and-comers trying to take them both down.

Boasting a deep field of potential race winners, the past, present and future of the 250 Class will all be represented this summer during the Lucas Oil Pro Motocross Championship. With the 12-round season kicking off this Saturday at Hangtown, here’s a look at what’s to come. 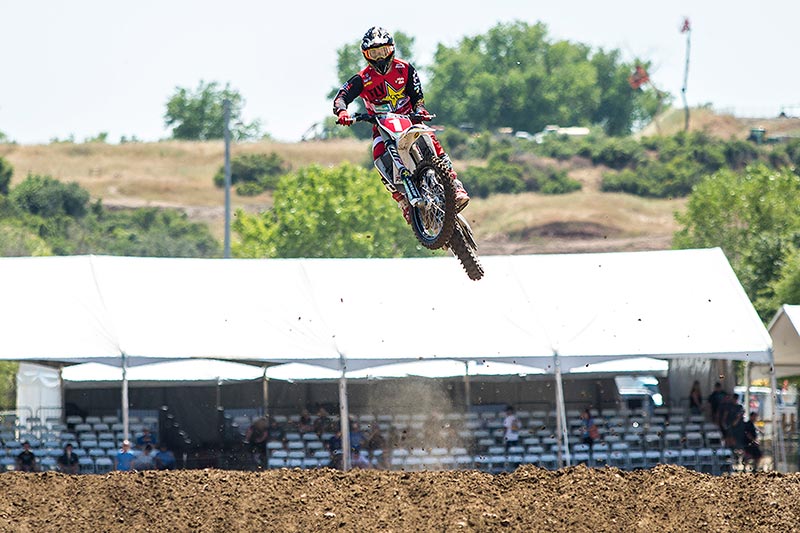 By staying in the 250 Class, Zach Osborne gets a chance to run the #1 plate outdoors. (Photo: Chris Ortiz)

Zach Osborne: The defending 250MX champion is also a two-time supercross regional champion now. Osborne’s been on quite a tear over the last 18 months, and although he was originally supposed to move up to a 450 for the outdoor season, he’s sticking around the 250 Class for a chance at a fourth straight title. He was largely dominant last Pro Motocross season, leading the 250 Class in moto wins (10), overall wins (5) and laps led (102). Throughout the season, he was frequently able to overcome poor starts by making the necessary passes to put himself up near the front of the field by the end of each moto.

Jeremy Martin: Aside from Osborne, J-Mart is the only other 250 Class rider who has won a Pro Motocross title. The two-time champion (2014, 2015) won four motos and two overalls last season en route to finishing second in points, but Martin really shined at the start of races — he took the holeshot in eight out of the 24 motos. Now that he’s in his second year with GEICO Honda, the results could tick up this summer as he tries to turn more of those strong starts into wins.

Aaron Plessinger: AP’s first three years of Pro Motocross have produced two race wins, and he now has the first championship of his career, a 250SX West regional title. Plessinger’s final ranking in 250MX points each of the last three years: sixth in 2015, fifth in 2016, fourth in 2017. He’s a candidate to take another leap forward outdoors in 2018.

Joey Savatgy: Savatgy missed the final two rounds last summer, but still had more overall wins (3), the same number of moto wins (4) and nearly as many laps led (59) as Jeremy Martin. He was a top-three finisher in both 2015 and 2016, and he likely would have finished better than fifth in 2017 had he not missed those two rounds.

Alex Martin: Until a broken collarbone sidelined him for the final four rounds last year, A-Mart was Osborne’s closest competition. He hasn’t raced since breaking his wrist in February, but he has been doing a lot of preparation for Lucas Oil Pro Motocross. 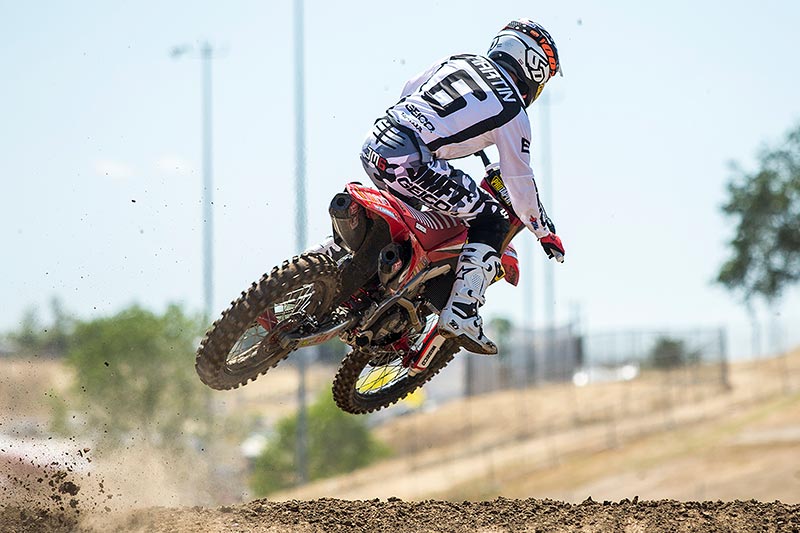 Jeremy Martin is two years removed from being the two-time reigning champion in this class. (Photo: Chris Ortiz)

Austin Forkner: Broke his collarbone on April 14 but is prepared to race Hangtown. If healthy, he could be a factor. Forkner’s lone 250MX win came at Ironman in August 2016.

Adam Cianciarulo: Out for the season after undergoing surgery to fix a torn ACL that dates back to 2017.

Martin Davalos: Out for the season as he recovers from injuries that include a torn MCL, herniated disc and C7 fracture. Davalos competed in the 450 Class last summer but would have been back in the 250 Class this season.

Dylan Ferrandis: Consider him questionable on a week-to-week basis to start the season. Ferrandis, who won two motos in his American debut last year, sustained a broken arm and some broken teeth in March. He reportedly will not line up at Hangtown.

Colt Nichols: Has been out indefinitely since re-fracturing his humerus in March.

Mitchell Oldenburg: Has been out indefinitely since tearing his ACL and MCL in April.

Cameron McAdoo: Will miss the start of the season as he continues to work his way back from a broken shoulder blade.

Jimmy Decotis: Will miss the start of the season after fracturing ribs and vertebrae in March. The Autotrader/Yoshirmura Suzuki rider recently said that he’s planning to return for Round 5 (June 23, Muddy Creek). Enzo Lopes, an 18-year-old from Brazil, will make his pro debut at Hangtown and fill-in for Decotis in the meantime. 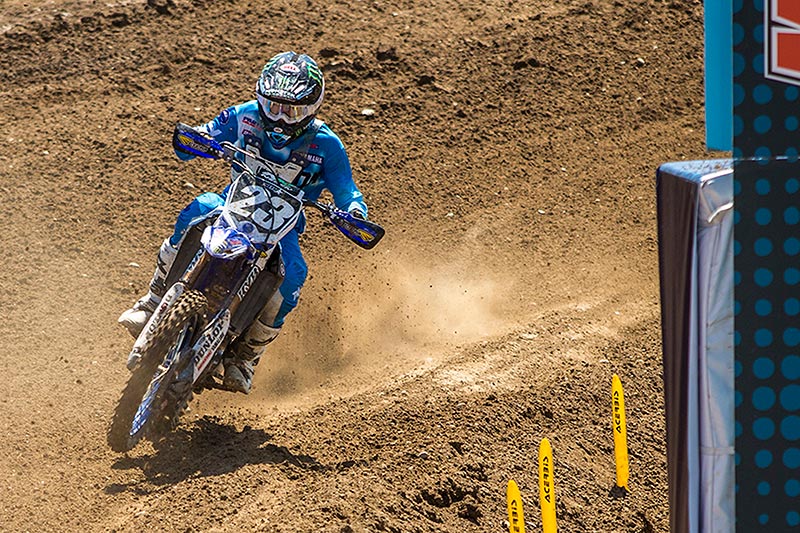 What kind of results will Year 4 bring for Aaron Plessinger? (Photo: Chris Ortiz)

Who will challenge Osborne?
Osborne grabbed hold of the red plate at Hangtown last year and never looked back. Coming off a second straight supercross title (and third straight title overall), he’s the rider to beat this summer. Can one of the Martin brothers — or perhaps someone else — finally bring an end to his championship streak?

How many winners?
Although Osborne dominated the 2017 season as a whole, moto wins were up for grabs each week. Seven different riders (Osborne, Jeremy Martin, Savatgy, Plessinger, Ferrandis, Cianciarulo, Alex Martin) won motos, and all except Cianciarulo will be racing again this summer. Add in past winner Austin Forkner and up-and-comers like Chase Sexton and Justin Cooper, and we could see another high total again this year.

Second-year leaps
Justin Cooper (Monster Energy/Yamalube/Star Racing Yamaha) didn’t debut until late in the season last year, but the 2017 AMA Horizon Award winner made an immediate impact by finishing fifth overall (12-2) at Unadilla — his first professional race. Though his supercross season was mostly wiped out by injuries, he’ll be one to watch entering his first full Pro Motocross season now that he has another year under his belt. Second-year pros to keep an eye on include Sean Cantrell (Troy Lee Designs/Red Bull KTM), Michael Mosiman (Rockstar Energy Husqvarna) and 2017 Rookie of the Year Chase Sexton (GEICO Honda). 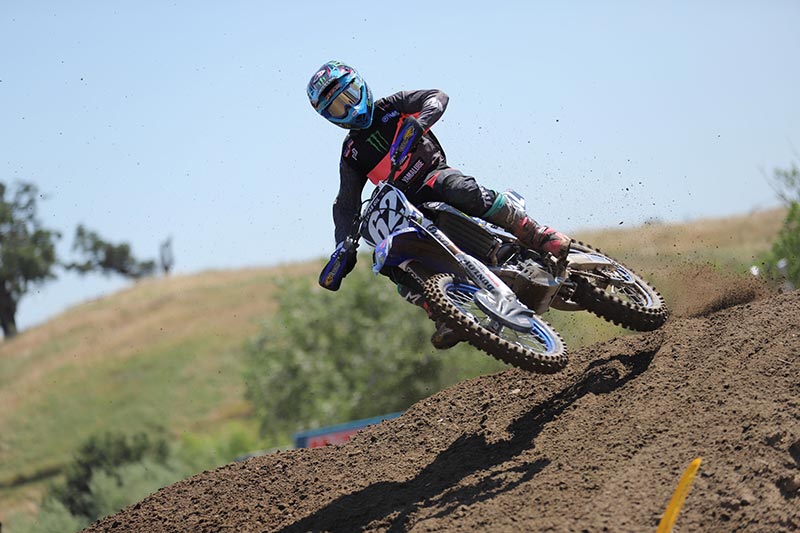 How will Justin Cooper fare in his first full season of Pro Motocross? (Photo: Derek Garcia)

MOTO GIFT IDEAS FOR THE GRADUATE