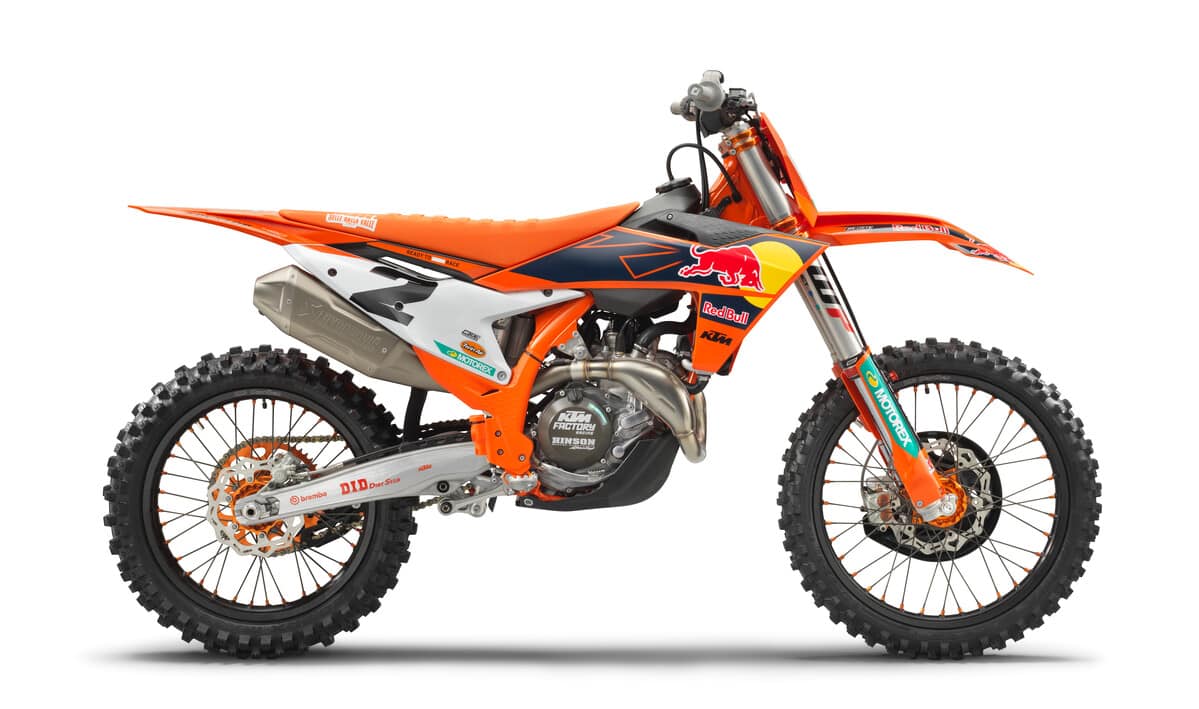 The bikes that the 2023 Red Bull KTM Factory team will ride have been shown. The 450 will be based on the 2023 450SX-F Factory Edition, which will be available to the public in limited quantity later in the year. The official KTM press release follows:

The conclusion of another year and the fast approaching dates of a new season of AMA Supercross racing can only mean one thing: the arrival of the 2023 KTM 450 SX-F FACTORY EDITION and the chance to get as close as possible to Red Bull KTM Factory Racing equipment, prestige and race-winning potential. The latest limited-edition FACTORY EDITION comes as the U.S. racing campaign gets ready to launch the longest and most spectacular season to-date with the SuperMotocross World Championship.

The 2023 KTM 450 SX-F FACTORY EDITION is a fully-outfitted and READY TO RACE incarnation of the current KTM 450 SX-F, the machine that forged a fresh standard in the industry for handling, power, engineering and technology upon its release in the summer of 2022. The SOHC 4-stroke engine delivers knockout power across the RPM range and weighs less than 60 lb (27 kg). This compact powerplant oozes usable torque from every cc of displacement and is harnessed by innovative electronics like launch control, traction control, two selectable maps and an industry-leading Quickshifter.
The new generation of KTM SX-Fs blasted out of gates and straight into contention during 2022. The altered ergonomics they showcased improved the rider ‘triangle’ for tight centralization of mass and enhanced control. The innovative ‘anti-squat’ concept of the frame and chassis (with reinforced aluminum subframe) complimented the revised engine position for increased centralization. The whole bike was augmented with cutting-edge hardware including an all-new WP shock with tool-free adjustment. For the 2023 KTM 450 SX-F FACTORY EDITION, the reworking and refinement continue with new settings on the WP XACT fork and shock, resulting from the development and continuous testing of the R&D and Motorsport departments. 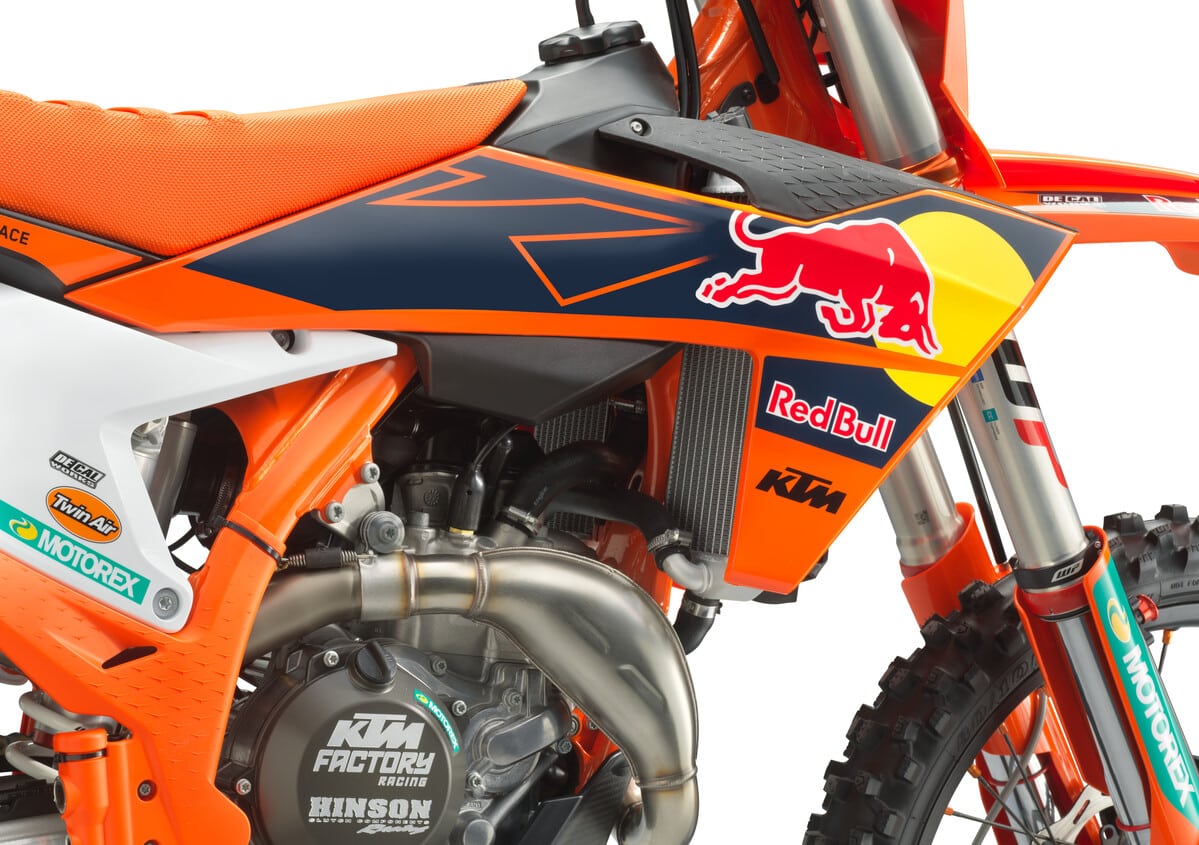 The 2023 KTM 450 SX-F FACTORY EDITION is a work of competitive art. While KTM has applied a litany of KTM PowerParts to boost function and performance, the aesthetics of this exclusive model are second to none. The bike is immediately distinctive due to the orange frame and Red Bull KTM Factory Racing graphics set. These details define the KTM 450 SX-F FACTORY EDITION on any track or starting line. Further, the orange factory racing seat, wheels, triple clamps, carbon skid plate and front brake disc guard, WP start device and ODI lock on grip offer that unbeatable factory touch. Most notable for the new year is the fitment of the ultra-light and super-powerful Akrapovič slip-on titanium exhaust and the durable and stylish Hinson clutch cover. 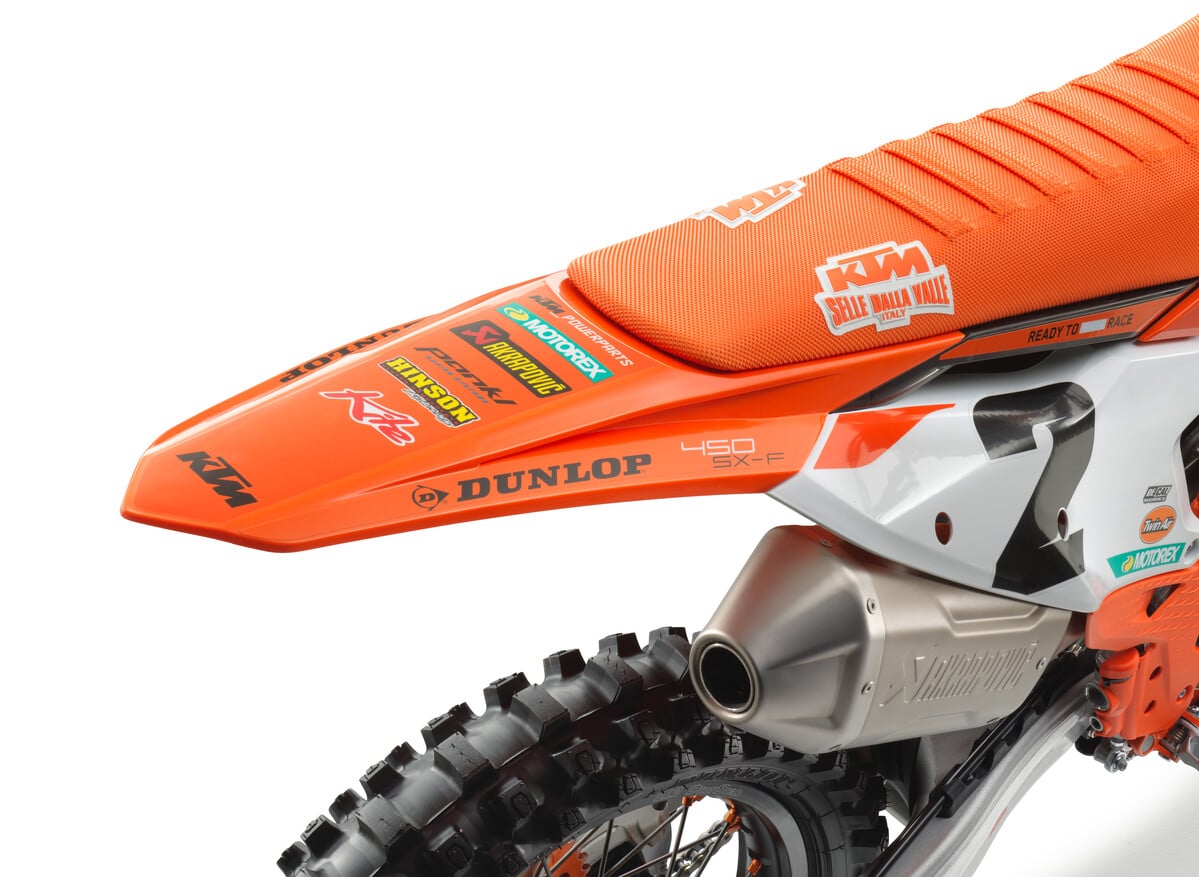 Red Bull KTM Factory Racing will soon roll into action in ‘23. The stadium lights will flick on and illuminate the 2023 AMA Supercross season on January 7 at Angel Stadium in Anaheim, California, before visiting 12 states for 17 rounds and then wading into the three-race spectacle that is the inaugural SuperMotocross World Championship contest in October. Forming the base of the factory machine Cooper Webb, Marvin Musquin and Aaron Plessinger will contest the 450SX season on is the 2023 KTM 450 SX-F FACTORY EDITION. Others riding and racing this incredible machine might not reach the speed or fly as high as Webb, Musquin or Plessinger, but they can look the part and enjoy the right performance specs to nudge them nearer to the dream. 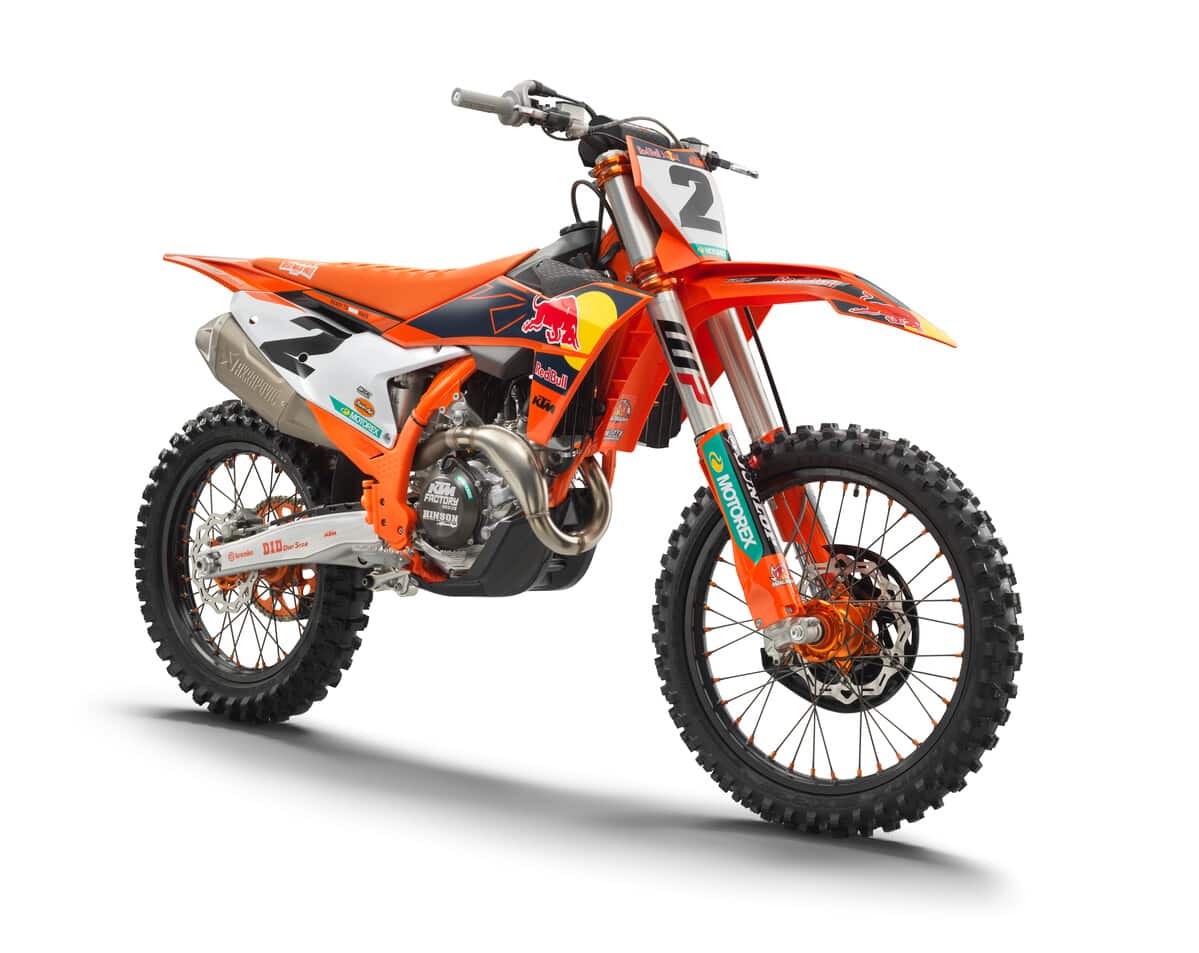 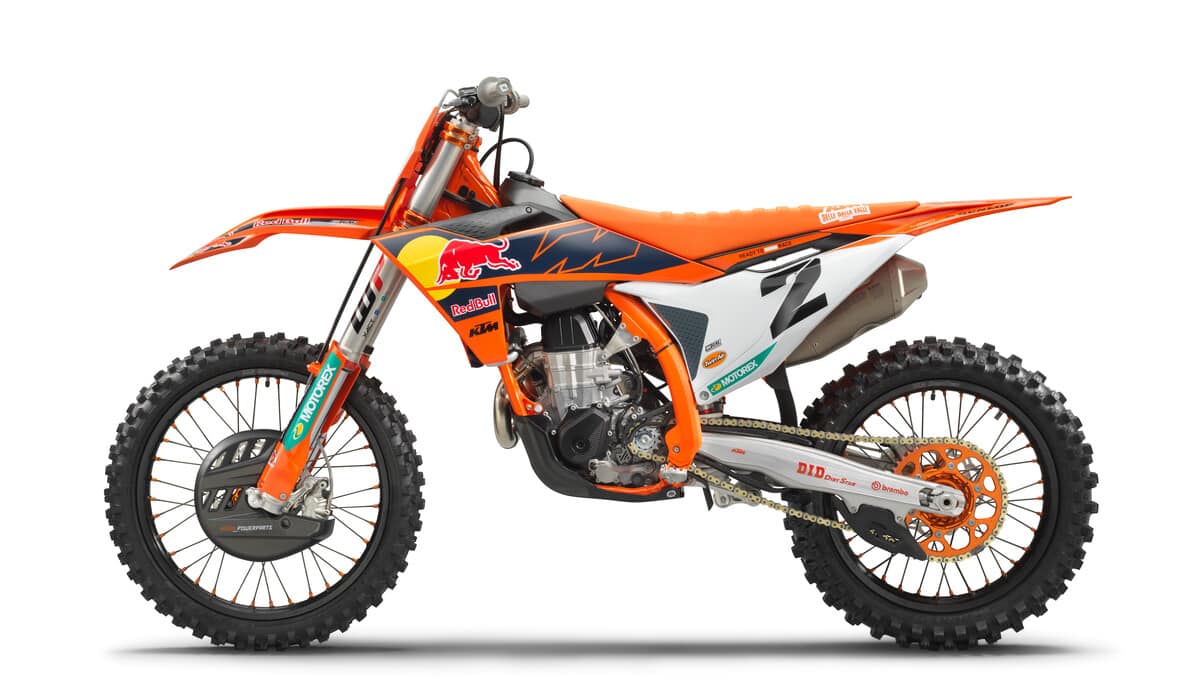