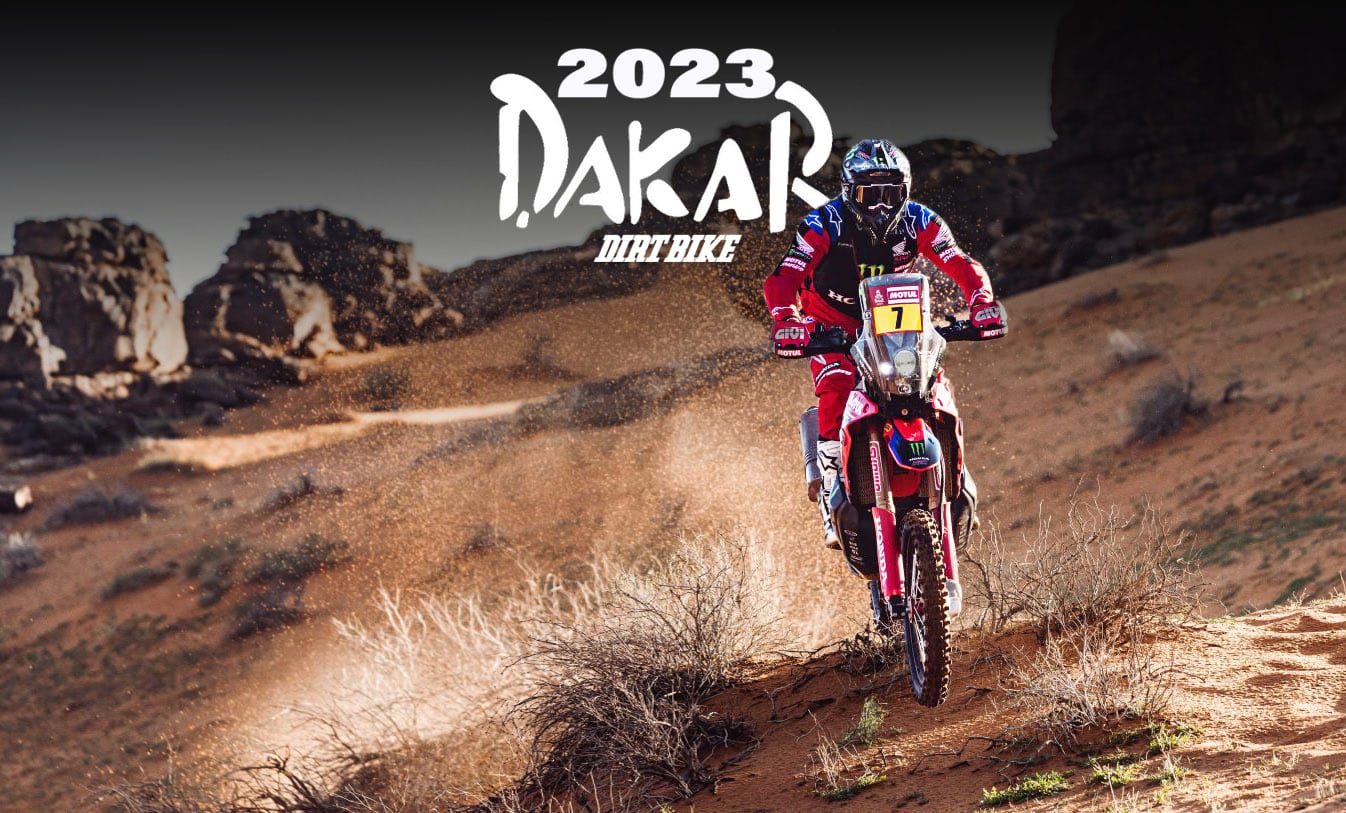 American Skyler Howes is leading the 2023 Dakar Rally after stage 5. After starting third, Howes remained near the front until kilometer 190 when he got off-course. Skyler and a small group were forced to retrace their tracks before carrying on. That allowed Honda riders Adrien Van Beveren and Nacho Cornejo to take the lead on adjusted time, and those two would stay in front throughout the stage.

In the second half of the special, yesterday’s stage winner Joan Barreda crashed and several riders including Skyler and Mason Klein stopped to help. The organizers are usually generous when it comes to rewarding lost time to riders who stop in situations like this. Eventually the group picked up where they left off. Even though he was 5:30 down on the eventual winner, Skyler’s time was good enough for sixth on the day behind Van Beveren and Cornejo. That lifted Skyler into the lead of the overall rally standings.

Although times are close at the top of the general rankings, Howes will have the advantage of a sixth-place start position for tomorrow’s long stage six. Totalling 877 kilometers and including a timed special of 467 kilometers, day six is the longest of the event and will lead competitors from Ha’il to Al Duwadimi.

Skyler Howes: “Tough day today. It’s been really physical as for most of the day we were up on the pegs picking our way through the camel grass. I caught up to the lead group quite early on, but it was really difficult to see the tracks today. We made a mistake and chose the wrong way, ended up getting lost, and then had to make a few circles to find the one waypoint we’d missed. Shortly before the finish Joan (Barreda) had a big crash and got caught up with Toby (Price), and so we stopped for a few minutes to make sure they were alright before carrying on. I know I lost a little time today, but I’m happy to reach the finish safely and I’m in good shape to push hard again tomorrow.”

Mason Klein: “The stage went really well for me. Starting further back made navigation almost unnecessary. It was a super good stage. I’m totally spent, though. I’m so tired and my back hurts so bad. The dunes just never stopped. There were so many times when I was ready to pull over, I was like just so done. When I saw the finishing line, I got so happy, because now I only have one hundred and thirty more kilometers to go. We had no problems with the bike, we were super lucky. They checked all the fuel. At the fuel stop I even drained some out to make sure that there was no water. It sucks to lose ten minutes for something silly like that. It was super frustrating, but we’ll just move on. There are plenty more days left – nine more days, right?” 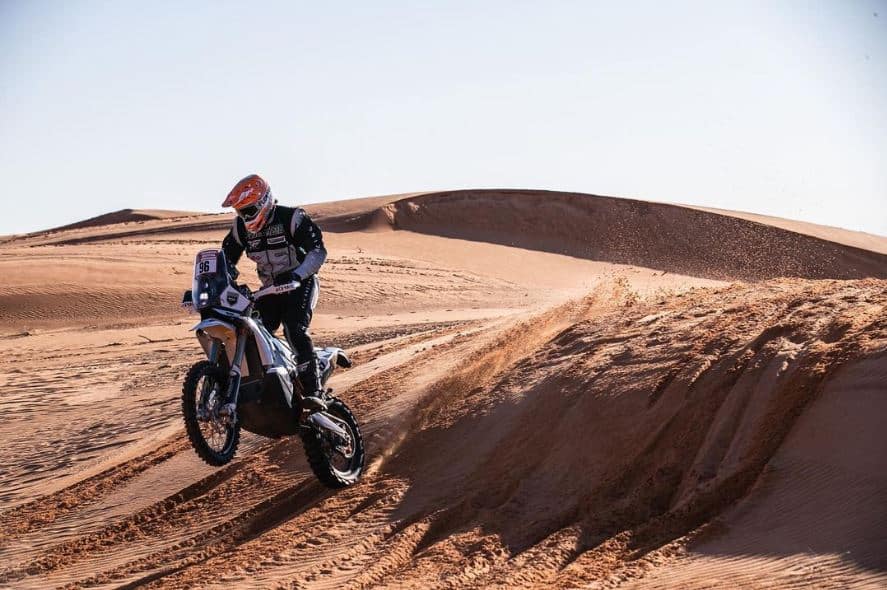 It was the best day yet for Jacob Argubright, who was 19th overall and 3rd in the Rally 2 class: “Mostly a nice smooth sailing day through the dunes! I almost had an incident with some camel grass towards the end so I decided to relax the pace a bit the last 50km in anticipation of the longest day of the rally tomorrow. Sounds like it might be shortened stage and a longer liaison, but to what extent I don’t know. But either way I remembered how to send the dune drops, not lose so much time in the speed zones and just was overall better so I’m happy.”

Adrien Van Beveren: “This stage win was a late anniversary present! It feels great to reach this performance, I am really happy! I did a good navigation at the beginning, then I opened around 200 kilometers. The terrain was really difficult but I could reach my goal.”

THE WEEKLY FEED: THE FIRST SUPERCROSS- 51 YEARS AGO •HILLCLIMB NIGHTMARES