This week was all about the 2023 450 MX shootout. This project had been on hold for a few months because the new Yamaha YZ450F was late. All the other 450s had been tested. In some cases we had to get fresh models so that the test bikes had similar time. Traditionally, the last step in a shootout is to test all the bikes on the dyno. This never really affects the results, but it’s helpful in understanding why the bikes behave as they do. 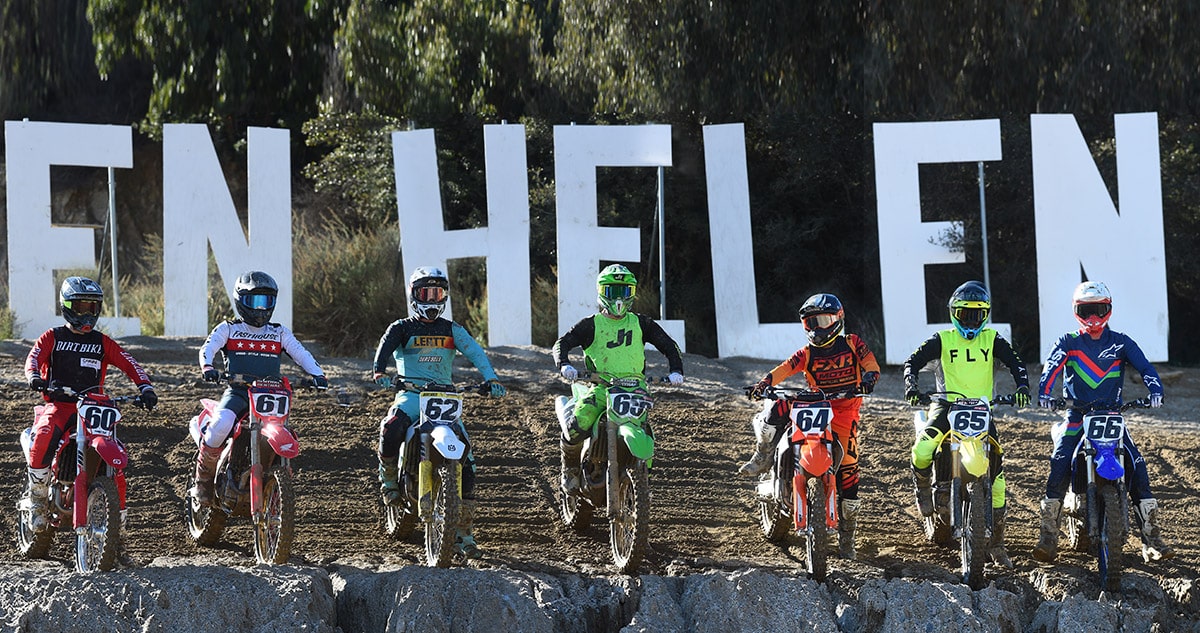 Pro Circuit is a beehive of activity this time of year as Anaheim 1 approaches, but they still took the time to test all seven of our bikes. As usual, we need to make it clear that dyno numbers are not a complete picture of engine performance. The bikes were only tested at full-throttle. Almost no one rides a bike that way–especially not a modern 450. At partial throttle openings a motor can act quite differently. And peak power is not a good way to judge a 450 anyway. It is, however, fun to see how they stack up. Here’s how they all ranked according to max output.

Not many people understand the relationship between horsepower and torque. Torque is a momentary measurement of twisting force. Horsepower is a measurement of how much work is accomplished in a given time period. So, in order to compute horsepower, you start with the torque in foot pounds, and multiply by the rpm. Then divide by 5252 for no good reason. As a rider, you feel torque at low rpm as that pulling power. A motor can produce a good horsepower number with a low torque output simply by revving really high. Here’s how the modern 450s stack up according to peak torque. 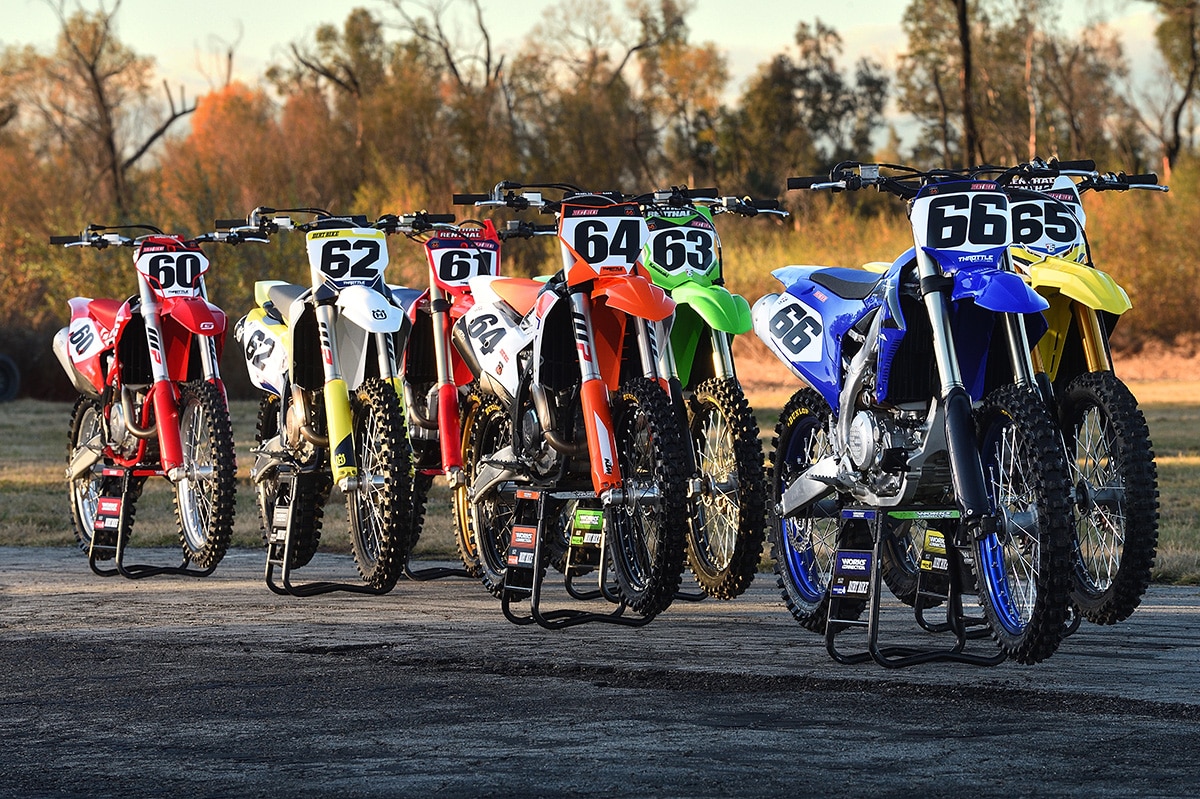 The Northeast Area Qualifier at Birch Creek Motorsports Park has been changed from its original date of May 6-7 to now be held on March 11-12.

The Northeast Area Qualifier at High Point Raceway has been changed from its original date of May 27-28 to now be held on April 22-23.

In the Northwest, Skyline MX Park has been added to the Area Qualifier lineup for the weekend of April 29-30.

The Mid-East Area Qualifier that was announced as a TBD event on March 18-19 will head to Fast Farms MX Park in Altamont, Tennessee that weekend.

Please keep an eye on www.mxsports.com for possible revisions to upcoming Area Qualifiers. For the most up-to-date schedule of the 2023 Area Qualifiers, please visit the 2023 schedule page.

Justin Jones has been a Dirt Bike test rider since he was 10 years old. We were delighted when he finally achieved his dream of scoring points (or a point, anyway) in the 2022 Lucas Oil Pro Motocross series. He waited until the very last round at Pala. Justin’s accomplishments already included a Junior World Championship in the 2014 ISDE in Argentina, when he rode with Steward Baylor, Grant Baylor and Trevor Bollinger. All of those guys are factory off-road riders today, while Justin has been concentrating on earning his engineering degree at UC Riverside–as well as being the father of 2-year-old Roy. Justin was featured in Racer X Illustrated last month, which was penned by Davy Coombs himself. Our congrats! His bike was a 2022 Honda CRF450RFactory Works Edition which will be featured soon at dirtbikemagazine.com. Stay tuned. 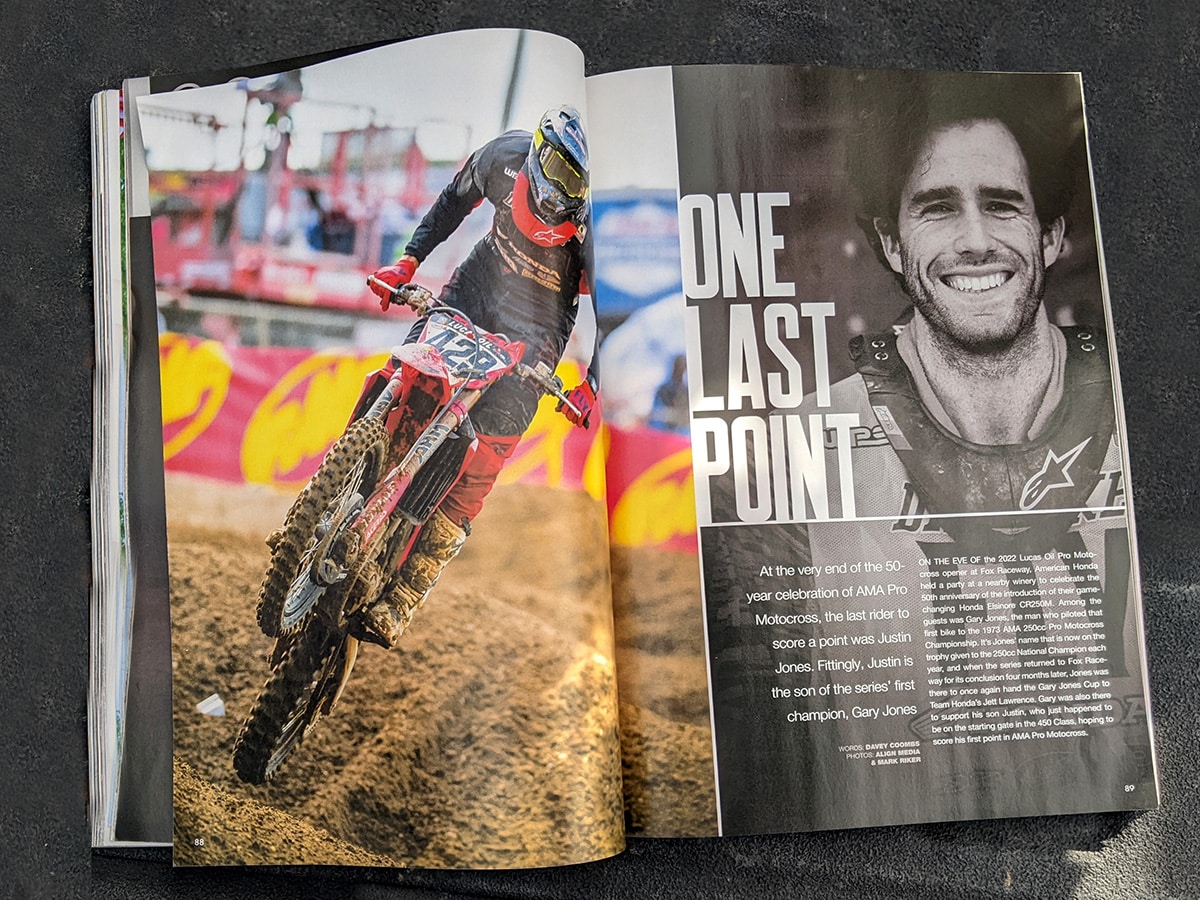 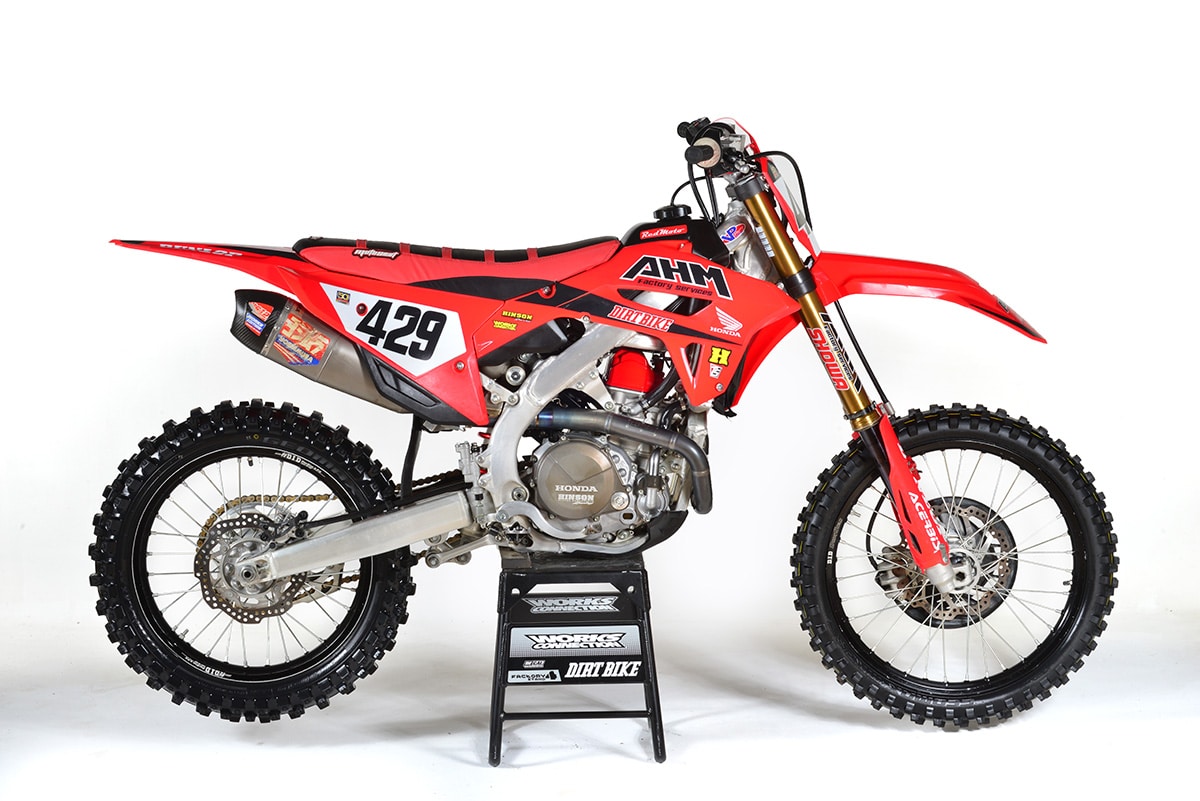 Dirt Bike has been around for over 50 years, but until now, there’s never been an official Dirt Bike magazine podcast. Check out what we have to say about the 2023 Honda CRF450X and CRF450RX below.

KTM LOOKING TO TAKE BACK DAKAR!