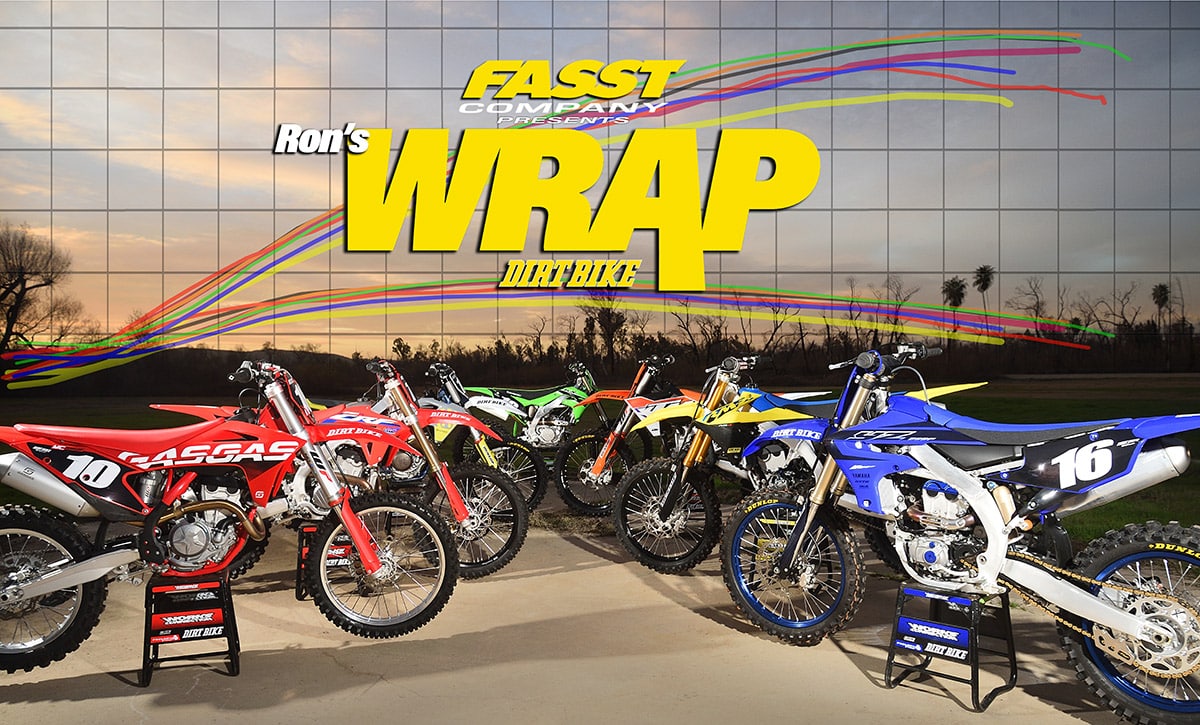 We have been in the middle of our 2023 250 Motocross Shootout this week. The seven bikes are the GasGas MC250F, Honda CRF250R, Husqvarna FC250, Kawasaki KX250, KTM 250SX-F, Suzuki RM-Z250 and Yamaha YZ250F. Four of the seven are unchanged since last year. The KTM and Husqvarna are new, and the Kawasaki has some pretty extensive motor and suspension changes. You can check out our 2022 250 motocross shootout here. This year, Pro Circuit supplied us with dyno curves that they had produced on their Dynojet dynamometer, and they weren’t much of a surprise. After riding the bikes, we already knew the KTM, Husqvarna and Kawasaki were the most powerful. All three gained power. It’s kind of interesting to us that riders still say they like the throttle response of the Yamaha, even though the dyno shows that it’s lagging behind the others in torque. The dyno is useful, but it’s no replacement for seat-of-the-pants testing. 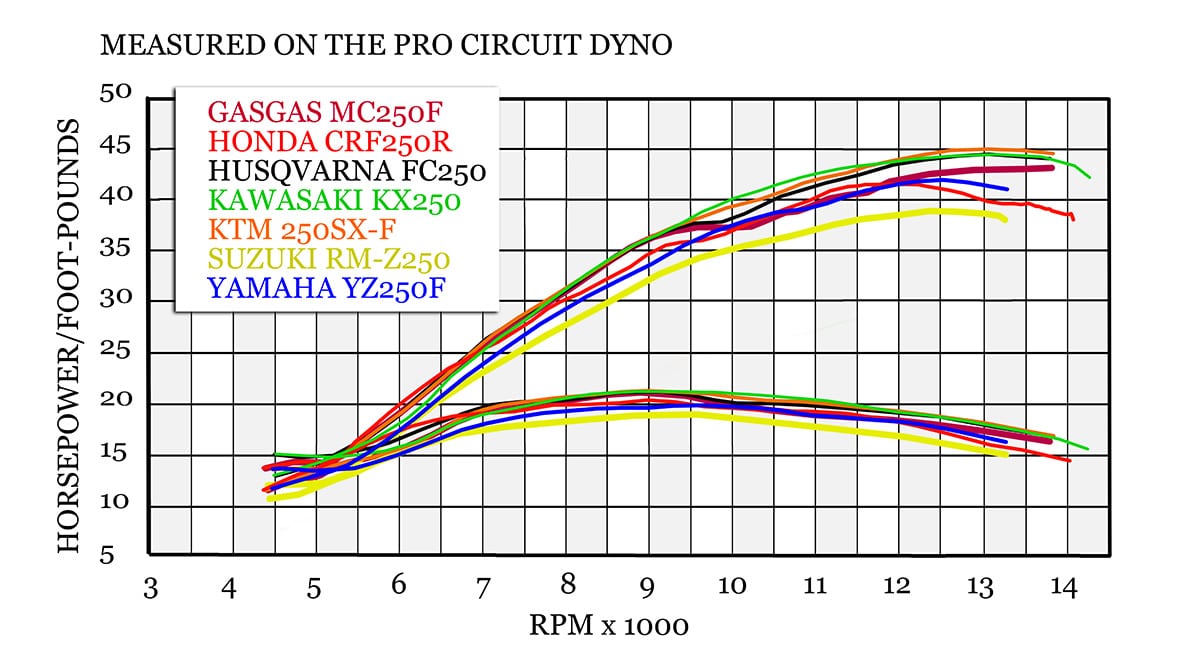 While we’re at it, here are some other numbers

The only three bikes that had changes for 2023 were the KTM, Husky and Kawie. Since we measured the 2022 models on the same dyno a year ago, we thought it would be fun to compare last year vs this year. It isn’t entirely accurate to compare dyno runs taken on different days, but the guys at Pro Circuit report that they have very consistent numbers.

As you can see, this is a year of  big gains for those three makes. The bar is always getting higher. The 2023 250 MX shootout will appear in the April , 2023 print edition of Dirt Bike. Keep an eye out for the video, which will be out soon.