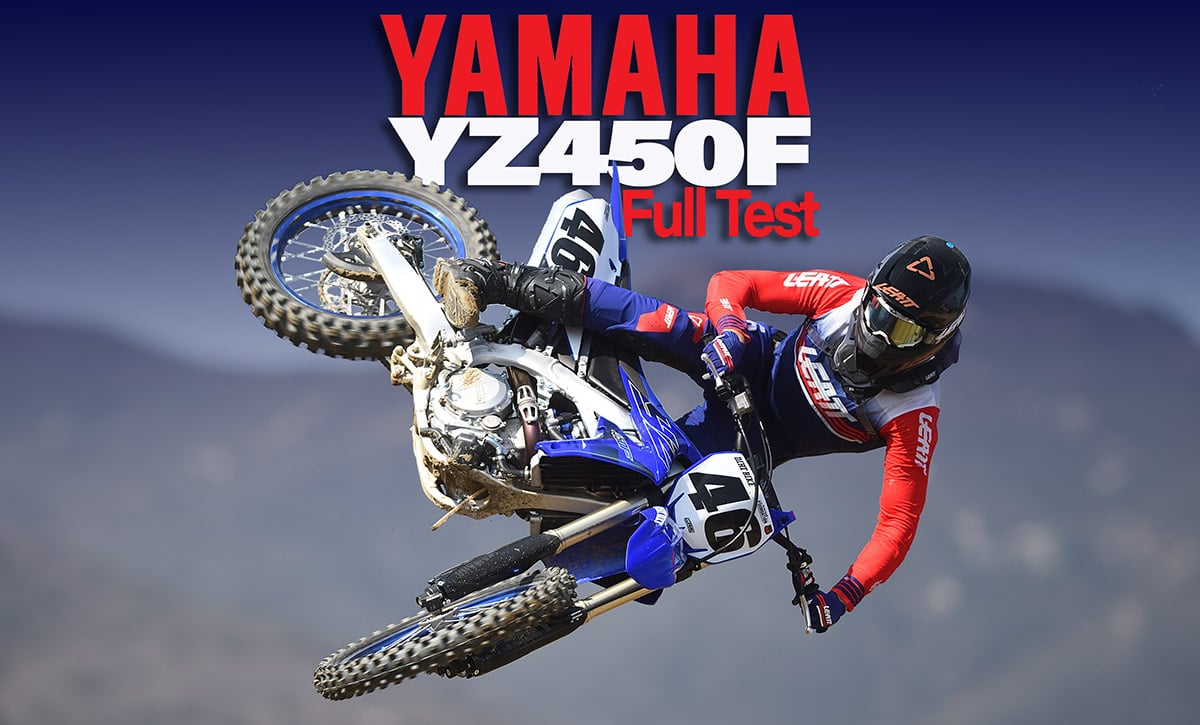 Perception and reality have a love/hate relationship where the Yamaha YZ450F is concerned. Everyone claims to know that pro racing results aren’t the best criteria for picking your next motorcycle. But, pundits, posters and influencers take their toll. If you follow racing news and social media, you would think that the 2020 Yamaha YZ450F was a mediocre bike that held back its riders at the highest level. Then, you would believe the 2021 model was completely different. It was transformed into the best bike in the class and became the secret weapon, propelling Yamaha’s pro riders to the top of the Lucas Oil Pro motocross series.

What changed? As far as the production version of the YZ450F, absolutely nothing. The 2021 model was identical to the 2020 model. If you want to go back to 2019, there were scant changes to the head and connecting rod, but that’s all. Yamaha’s racing team did, of course, change. The 450 program was put in the hands of the Monster Energy Star Racing team, which had long been in charge of the 250 class. They made some changes to the race bike, but not as many as you might think. For the most part, Yamaha’s turnaround was because of random circumstances, injuries and the fortunes of war. Now, the 2022 YZ450F has arrived, and once again, it’s a mostly unchanged model. But, because of racing results, there’s a buzz, making it one of the most anticipated bikes of 2022.

STAR ALIGNMENT
For 2022, the YZ450 got a new rear wheel. The rear hub is lighter, and Yamaha engineers are now using a cross-three spoke pattern, which they say allows for better flex characteristics. There are slight suspension-valving differences as well, but they amount to little more than an additional shim in the fork and one shim that has a different thickness in the shock. Even the most casual observer will notice that the Yamaha’s signature engineering feature is unchanged. For 12 years now, the YZ450F has been the bike with the backwards motor. The head is oriented with the exhaust in the rear and the intake in front. That puts the airbox on top and the fuel tank more or less in the center of the chassis. The head and cylinder are also tilted to the rear. Yamaha’s battle cry for this orientation has always been mass centralization, which is the idea of placing the heaviest items in the center of the bike, thereby making it feel lighter than it is. Whether or not that works is up for debate, because the Yamaha remains one of the heaviest bikes in the class. It’s still 239 pounds without fuel, as weighed in the Dirt Bike shop. For comparison, the unchanged 2022 Kawasaki KX450 is 234 pounds, the Honda is 233 and the KTM is 223.

The Yamaha chassis is fairly straightforward once you get past the airbox and fuel-tank location. The aluminum frame has undergone subtle changes to fine-tune flex characteristics over the past few years. The most remarkable aspect is that Yamaha engineers have been quite stubborn when it comes to suspension. The KYB fork has always been a closed-cartridge design with coil-steel springs. Pneumatic springs came and went, at least with all the other Japanese manufacturers, while Yamaha continued to score home runs with the same basic design.

Another Yamaha signature feature is the Yamaha Power Tuner Wi-Fi app. There’s no real debate here; it is undeniably useful and effective. Whereas most other manufacturers offer one or two optional maps, Yamaha gives you the possibility of countless maps and power-delivery options, all through a smartphone app. Each YZ comes with a Wi-Fi transmitter that allows you to securely log into your bike’s CPU and alter fuel-mixture and spark-advance combinations. On the surface level, this is useful for making changes to the way the engine responds and revs. Beyond that, it allows you to tailor the bike to work with different fuels, engine modifications and track conditions. Even though all modern EFI systems have sensors to compensate for elevation, temperature and air density, the Power Tuner lets you fine-tune the YZ450F for tracks, such as Mammoth Mountain MX, which always presents a challenge for engine tuners because it takes place in the summer at over 7000 feet. Companies like GET and other OE manufacturers—most notably KTM—have their own versions of smartphone engine tuning, but everyone is still a few steps behind.

MAP APP
In case you didn’t know, the Yamaha YZ450F is an extremely powerful motorcycle. A few years ago there was a horsepower race. Yamaha, Honda and KTM took turns on top. Now, it’s almost irrelevant. Most riders concede that they can’t use everything a modern 450 has to offer, and the battlefront has moved on to manageability. The Yamaha has a fairly linear power delivery. It comes on a little earlier and harder than a KTM, then accelerates in a very predictable fashion. In the middle of the rev range, where most of us ride most of the time, it’s a little flat and uneventful—considering we’re talking about a bike that makes nearly 60 horsepower. A new Honda, by comparison, delivers a big power surge right in that zone, which makes for a very exciting and perhaps intimidating ride. 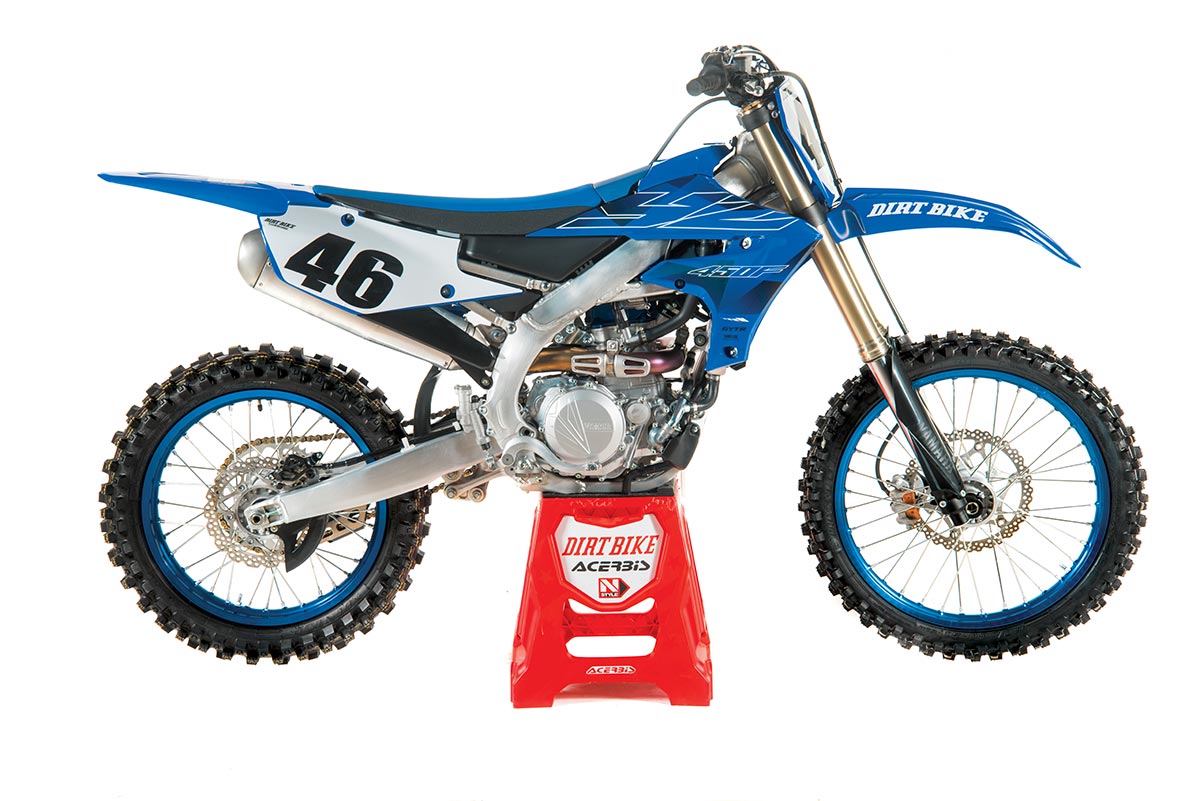 If you go down the rabbit hole looking for the perfect power delivery, you can spend hours and days testing different maps. Yamaha has some suggestions on its website to make the job easier. Just search “Power Tuner” on YamahaMotorsports.com and you’ll find them. One of the most popular ones is called the “Magic Map.” Surprisingly, this one is a little harder-hitting in the middle but more fun. As much as we love the fact that the Yamaha Power Tuner is available, we will admit that it can be messy. If you don’t work with it on a regular basis, it’s easy to get lost and struggle with connectivity issues. We expect this to get better with time, but so far it hasn’t changed since the introduction of the app.

REELING IN THE BEAST
As you might expect, riding a bike that’s this powerful is a demanding task, especially considering that the bike is no lightweight. That’s why it’s a good thing the YZ450F is such a stable machine. The YZ works best when you think ahead and look ahead. It loves broad, sweeping turns. Riders like to characterize it as a rear-wheel steering machine, which means it likes to slide rather than point and shoot. If you try to jam the bike into an inside line without much setup, it can be a handful. Nothing about this is new, and most hardened YZ riders will say that any motorcycle responds well to the same technique (i.e. looking ahead and being smooth). What they will also say is that the Yamaha is less forgiving of poor technique.

Yamaha still sits on top of the world when it comes to suspension. The KYB fork and shock are universally appealing for novices and pros. That’s a pretty good trick. The initial promise of air suspension was that you could adjust it for any one and any condition without having to buy new springs. That’s still true, but Yamaha has found a middle-of-the-road formula that very few riders object to. If you’re anywhere between 165 and 200 pounds, you can make the original springs work with just a few clicker changes. We set the bike up with 105mm of sag in the rear and never strayed by much more than two or three clicks of low-speed compression in the fork. Occasionally, we tried a little less high-speed damping in the shock, but generally we returned to the original settings. 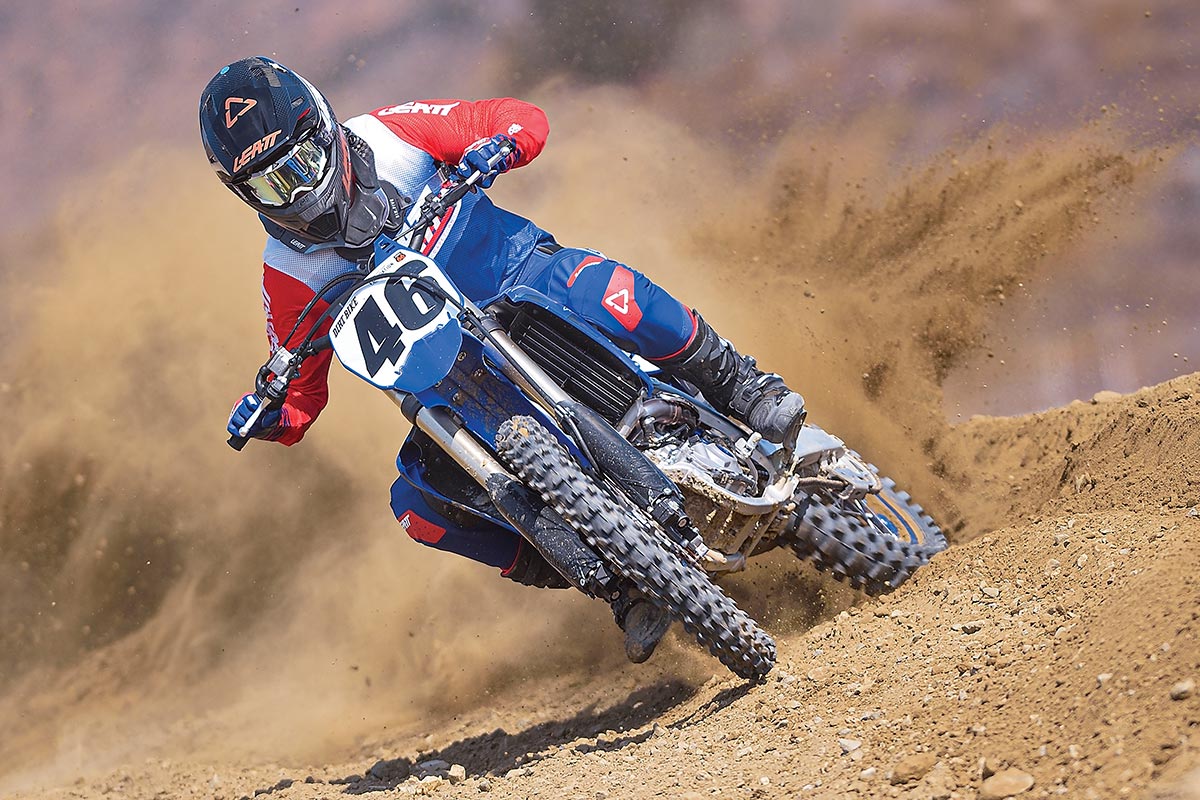 YAMAHA HAPPY
By now, everyone knows that the Yamaha has a reputation for being the most reliable bike in the 450 class. We hear stories of YZ450s that are raced for hundreds of hours without being rebuilt. We also know riders who can break anything. The stock clutch basket is far better than anything else that comes out of Japan. The gearbox is indestructible, and the wheels are tough. The most common changes that people make are generally ergos. The YZ is a little cramped in the seat/footpeg relationship, which makes many riders look to a taller seat. Still, if there’s any bike that needs nothing to race for an entire season, this is it.

Overall, the biggest change for the 2022 YZ450F will be a status upgrade in the motocross world. Winning changes everything. In truth, the bike has always been a winner. Now, it’s just doing it on a national stage.