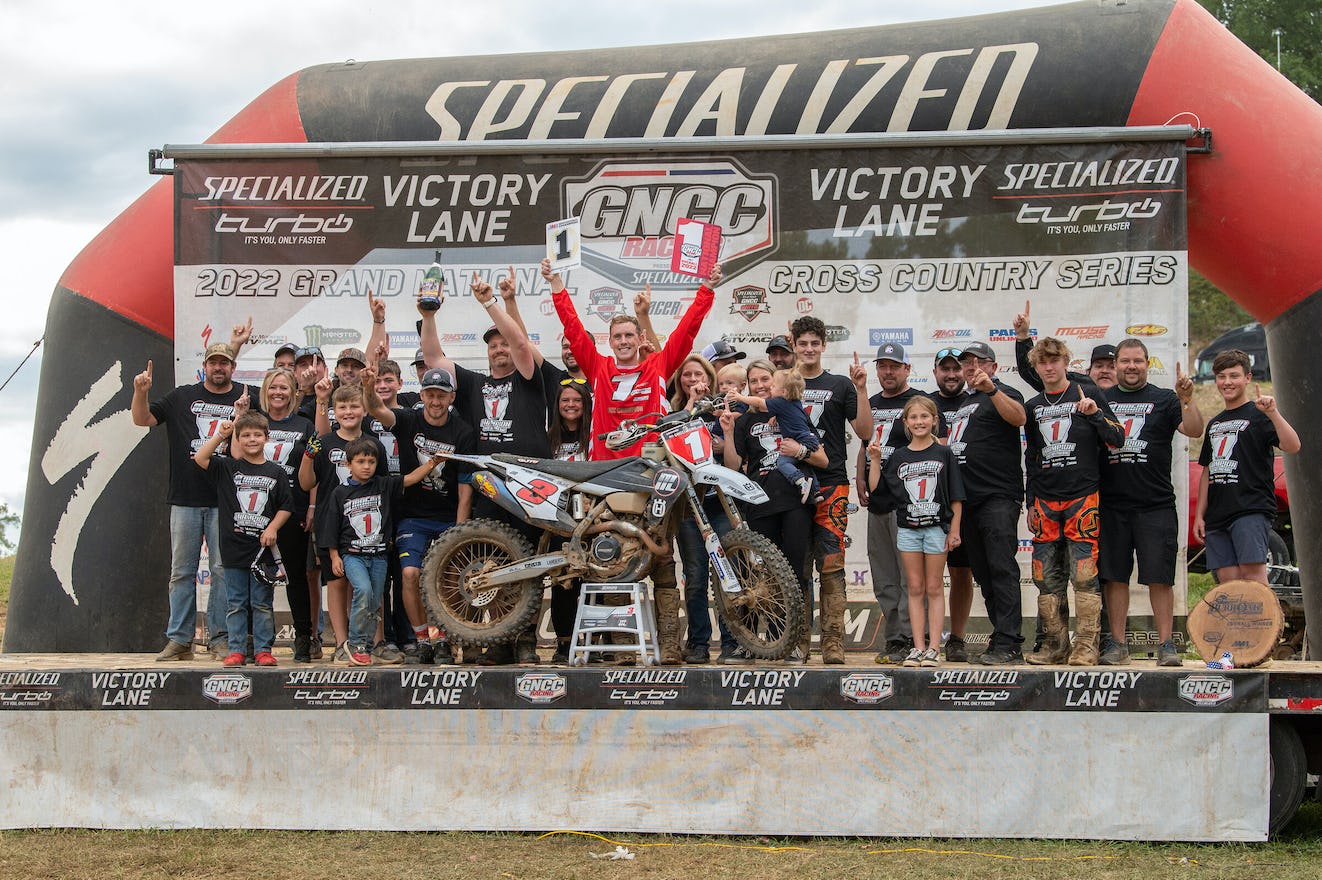 The 2022 Sonora Rally wrapped up in San Luis Rio Colorado, Sonora, Mexico on Saturday with Rockstar Husqvarna factory rider Skyler Howes topping the podium. This marked two consecutive wins for Howes in the month of October after returning from the 2022 Rallye du Maroc just days before the start of Sonora. It’s also two wins for him in Sonora, as he was the top finisher in 2021.
“Obviously Sonora holds a special place for me,” said Skyler. “ This was my first rally and my start into the sport of rally and why I was able to go to Dakar for the first time. Now we’re here as a factory racer and I’m happy to have chalked up another win. This is my second win here at Sonora so I’m super happy for this. I’m glad the team allowed me to be here for this because it was incredibly good training and super fun to be here. I’m happy for my team and my crew that came down to help me. It was super fun, and not easy for five days, but we made it through clean.”
Almost as important as the race victory is the Road to Dakar challenge, which presents privateers with the chance to win an entry to the Dakar rally itself. This year, the golden ticket goes to David Pearson.
There were a total of 43 motorcycle entries, 12 of which were participating in the Road to Dakar challenge. The classes were Pro, Enduro, Malle Moto and Adventure (which is also qualifying under Malle Moto).
Kevin DeJongh rode an old training Honda CRF450X to second overall. He started stage one in 17th position and finished in P2, 8 minutes after the leader.

The official announcement was made that the Sonora Rally will become a part of 2023 World Rally-Raid Championship.⠀
“After a successful inaugural season, the FIA World Rally-Raid Championship (#W2RC) will head to North and South America for the first time in 2023… In April, 2023, competitors will visit the Sonora Rally in Mexico for the first time. The event has been popular with international enduro riders and American competitors in the past and will offer competitors the unique challenge of desert stages across the Sonoran Desert in northern Mexico.” – FIA 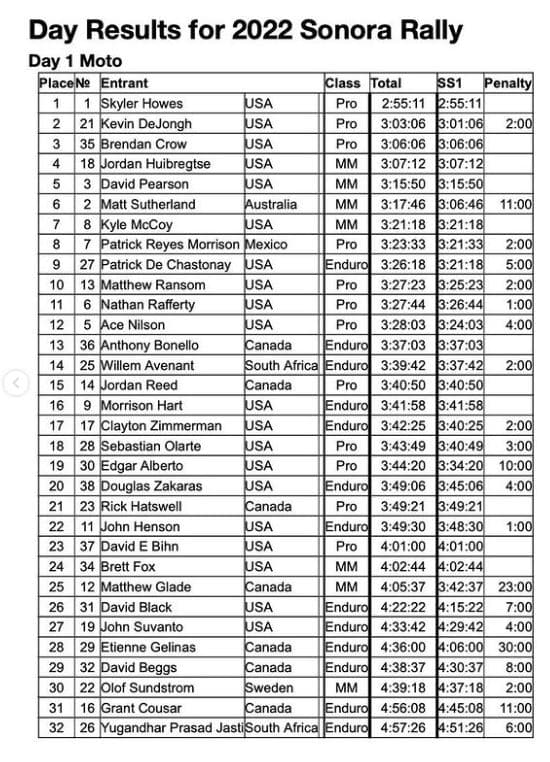 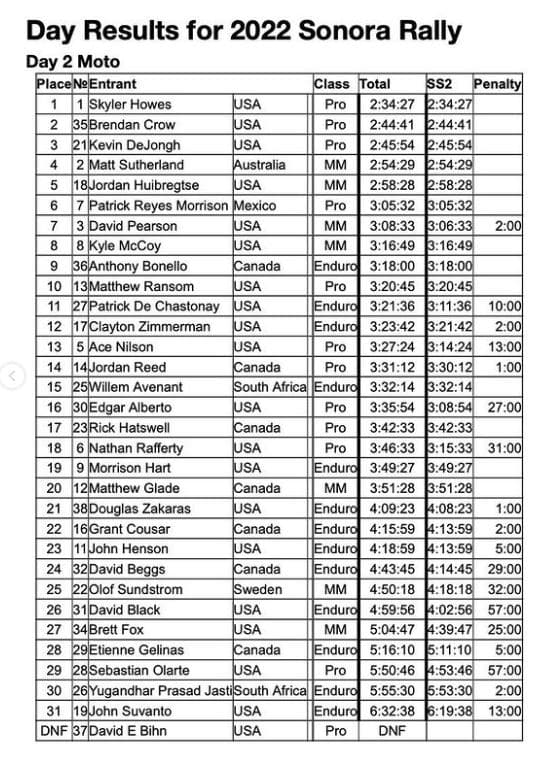 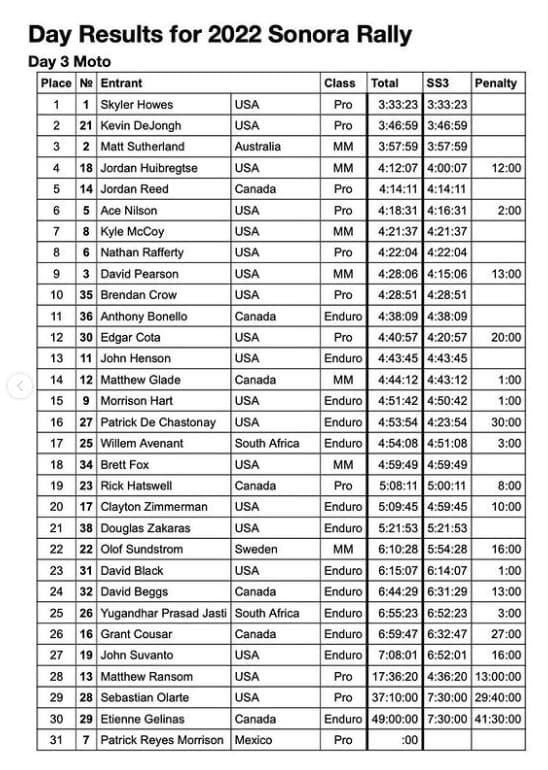 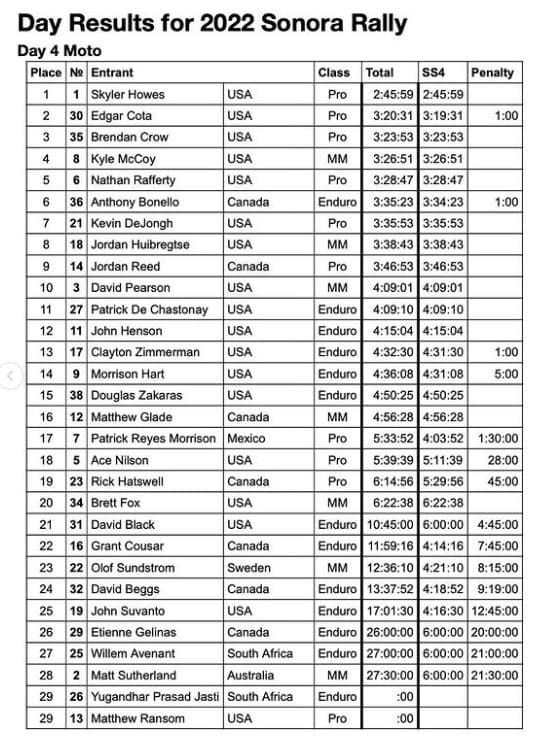 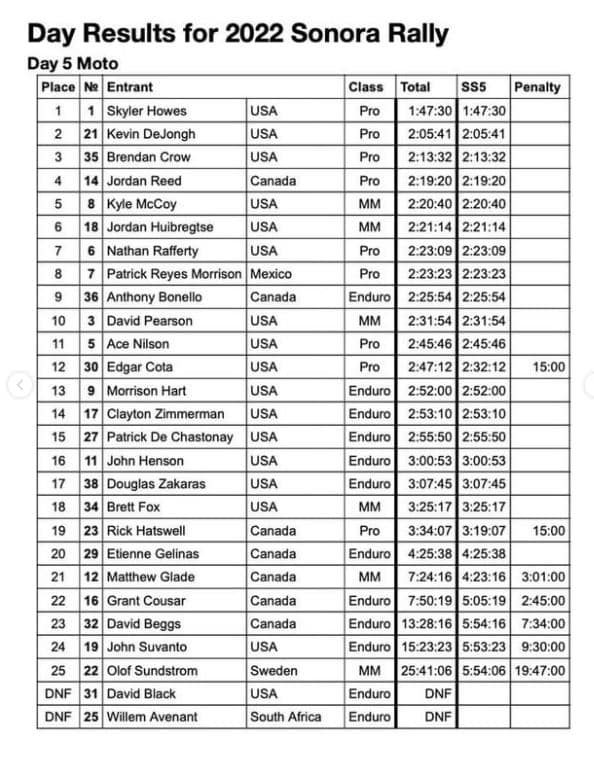